Andrea Fraser’s (b. 1965) provocative work spans performance, institutional critique, video, and audience engagement. Open Plan: Andrea Fraser will present her site-specific project, Down the River, which uses audio recorded at a correctional facility to bridge the social, cultural, and geographic divide separating museums from correctional facilities. Since the mid-1970s, the United States has seen a parallel boom in museum and prison construction, with some states, such as  New York, recently reversing this trend with prison closures. Fraser’s sound installation seeks to reflect on the parts we play in sustaining these disparate institutions.

Public seminars on Down the River occur daily on the third floor: Monday–Friday at 2 pm; Saturdays and Sundays at 1 pm.

ANDREA FRASER ON DOWN THE RIVER

“The Whitney Museum is New York’s newest architectural landmark, enjoying a high-visibility location along the Hudson River and at the end of the High Line. Its glass-walled lobby welcomes the public with a promise of transparency and access. Inside, visitors find airy, light-filled spaces and terraces opening out to endless views. Public spaces share glass walls with offices, exposing functions often hidden from view. Yet, nowhere is the openness of the museum more dramatically constructed than this 18,200-square-foot space.

Thirty-two miles to the north, in the town of Ossining, Sing Sing Correctional Facility is also located on the Hudson River. It is surrounded by thick, high walls topped with razor wire and movement into, out of, and within the maximum-security prison is strictly controlled. Inside, inmates serve sentences of up to life without parole in six-by-nine-foot cells. Sing Sing’s A Block, almost six hundred feet long and with six hundred cells, is one of the largest prison housing units in the world.

Since the 1970s, the United States has experienced a boom in both museum and prison expansion, with the number of each institution tripling nationwide. During the same period, studies estimate that museum attendance has grown by a factor of ten while the prison population has exploded by 700 percent, making the United States the world’s largest jailor. Beyond this parallel growth, museums, and in particular art museums, would seem to share nothing with prisons. Art museums celebrate freedom and showcase invention. Prisons revoke freedom and punish transgression. Art museums collect and exhibit valued objects. Prisons confine vilified people. Art museums are designed by renowned architects as centerpieces of urban development. Prisons are built far from affluent urban areas, becoming all but invisible to those not directly touched by incarceration.

And yet, despite (or perhaps because of) their extreme differences, art museums and prisons can be seen as two sides of the same coin in an increasingly polarized society where our public lives, and the institutions that define them, are sharply divided by race, class, and geography. The gulf that separates art museums and prisons, and our exposures to them, is a product of this polarization and may also help to perpetuate it. Down the River brings ambient sound recorded in Sing Sing's A Block to the Whitney’s fifth floor to link museums and prisons across this social and geographical divide.”

"[Andrea Fraser] has turned her attention to aurally capturing the interrelatedness of American poverty and privilege through a cavernous sound installation."
—Artnet News

"The artist and provocateur is filling the [Whitney's] immense fifth floor with nothing but sound from Sing Sing jail—drawing a link between two institutions bookending American society."
—The Guardian 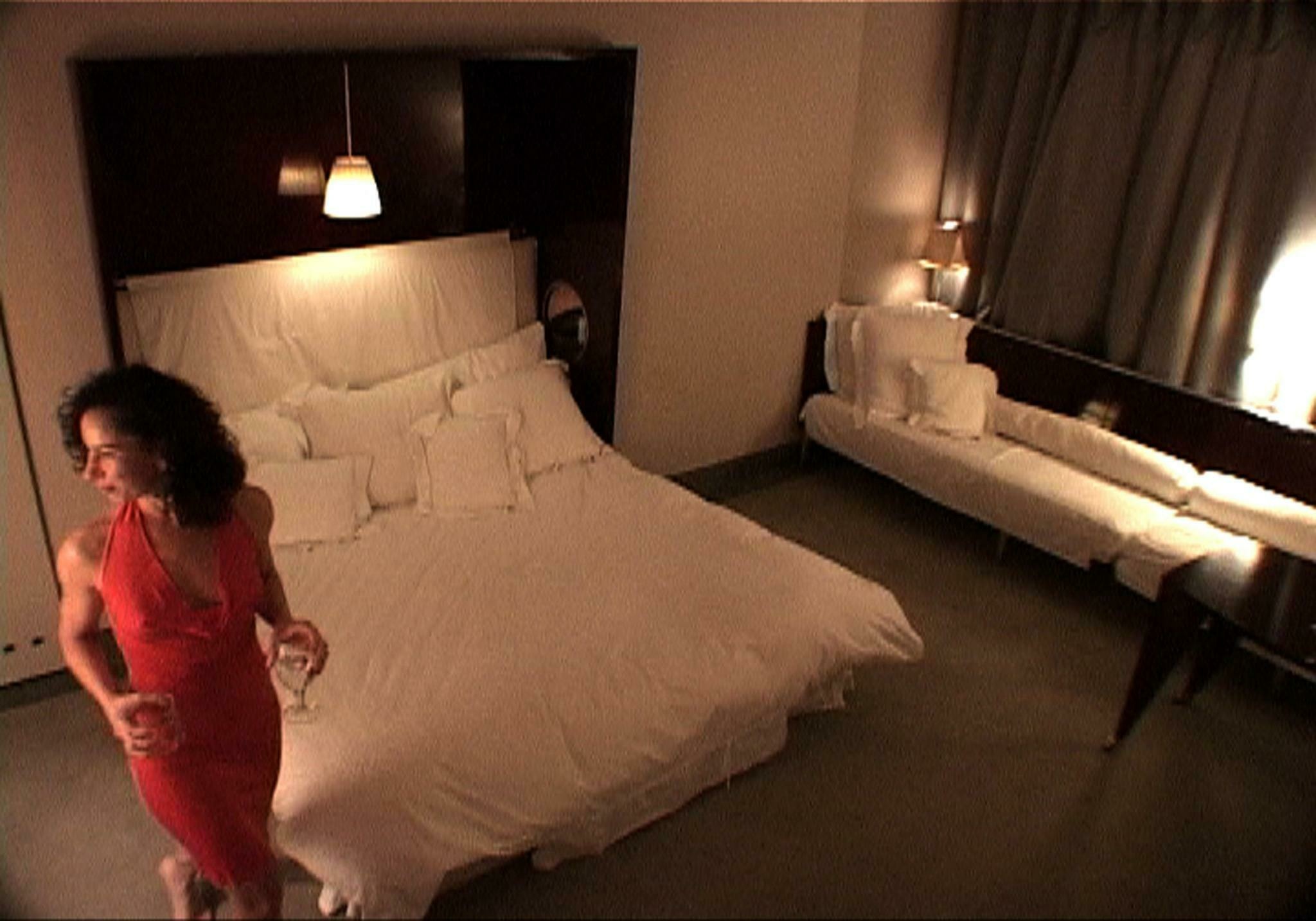 Andrea Fraser
Welcome to the Wadsworth: A Museum Tour
1991 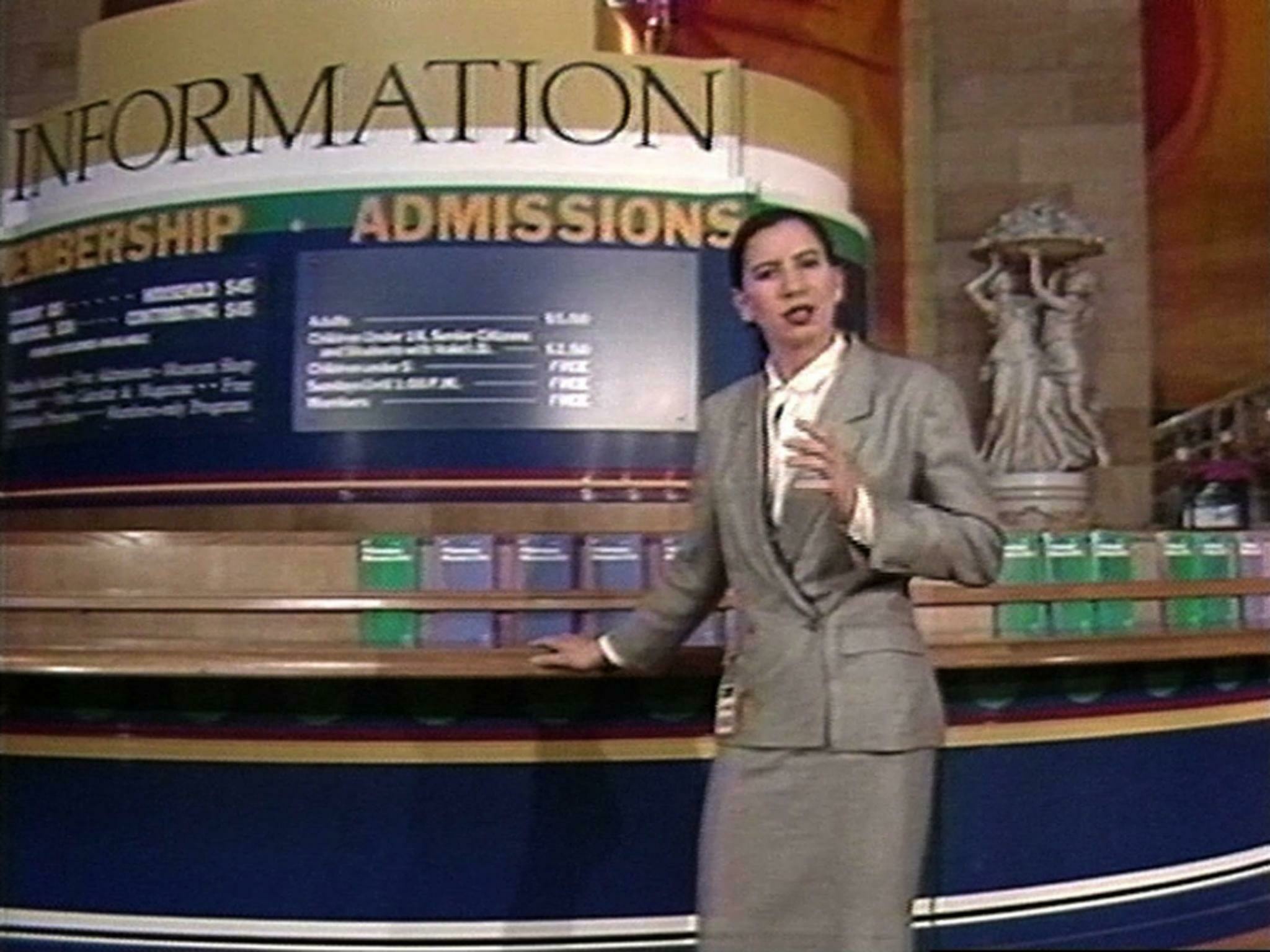