Lucy Dodd (b. 1981) turns the gallery into a site of artistic exploration and live action for her Open Plan presentation. Before the exhibition opens to the public, Dodd will create a new large-scale painting utilizing unusual materials like fermented walnuts, kombucha scoby, hematite, yerba mate, and pigments she has collected in her travels. The new painting will be surrounded by recently made shaped canvases that are intended to evoke sails or waves and respond to the gallery’s river views. By bringing her studio activities into the gallery and inviting musicians to perform, Dodd fosters what she calls “a space of ritual action and improvisation demanding a longer and broader engagement on the part of the audience.” 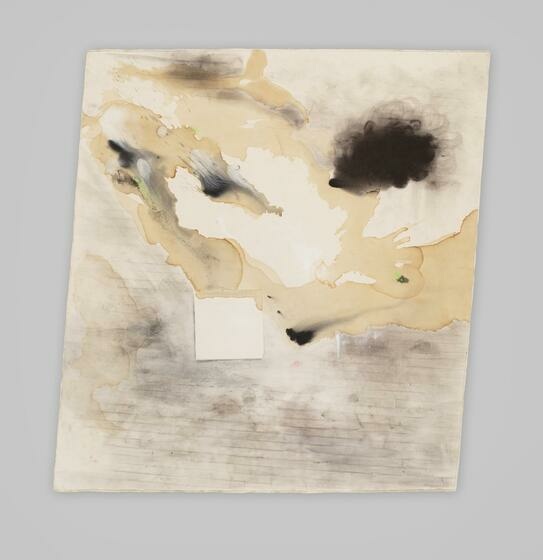