Jasper Johns’s groundbreaking work sent shock waves through the art world when it was first shown in the late 1950s, and he has continued to challenge new audiences—and himself—over a career spanning more than sixty-five years. He was born in 1930 in Augusta, Georgia; spent the majority of his adult life in New York; and today lives in Sharon, Connecticut, where, at the age of ninety-one, he remains active in his studio. Johns’s early use of common objects and motifs, language, and inventive materials and formats upended conventional notions of what an artwork is and can be. His profoundly generative practice helped spark movements including Pop art, Minimalism, and Conceptualism, among others, and has inspired successive generations of artists to this day.

Jasper Johns: Mind/Mirror is the most comprehensive retrospective ever devoted to Johns’s art. Featuring his most iconic works along with many others shown for the first time, it comprises a broad range of paintings, drawings, prints, and sculptures from 1954 to today across two sites. Conceived as a whole but displayed in two distinct parts, the exhibition appears simultaneously here at the Whitney and at the Philadelphia Museum of Art, two institutions with which Johns has had long-standing relationships. This unique dual structure draws on the artist’s lifelong fascination with mirroring and doubles, so that each half of the exhibition echoes and reflects the other. Organized in largely chronological order, the retrospective presents pairs of related galleries—one in each city—that offer varied perspectives on the artist’s turns of mind. Individually, each gallery focuses on a particular aspect of Johns’s thought and work through the lens of different themes, processes, images, mediums, and even emotional states. Taken together, they provide an immersive exploration of the many phases, treasures, and mysteries of a radical, enduring, and still-evolving career.

This exhibition is organized by the Whitney Museum of American Art and the Philadelphia Museum of Art.

Jasper Johns: Mind/Mirror is organized by the Whitney Museum of American Art and the Philadelphia Museum of Art.

Jasper Johns: Mind/Mirror is presented by

Leadership support is provided by

Bank of America is the National Sponsor

In New York, this exhibition is sponsored by

The opening dinner is sponsored by Christie’s 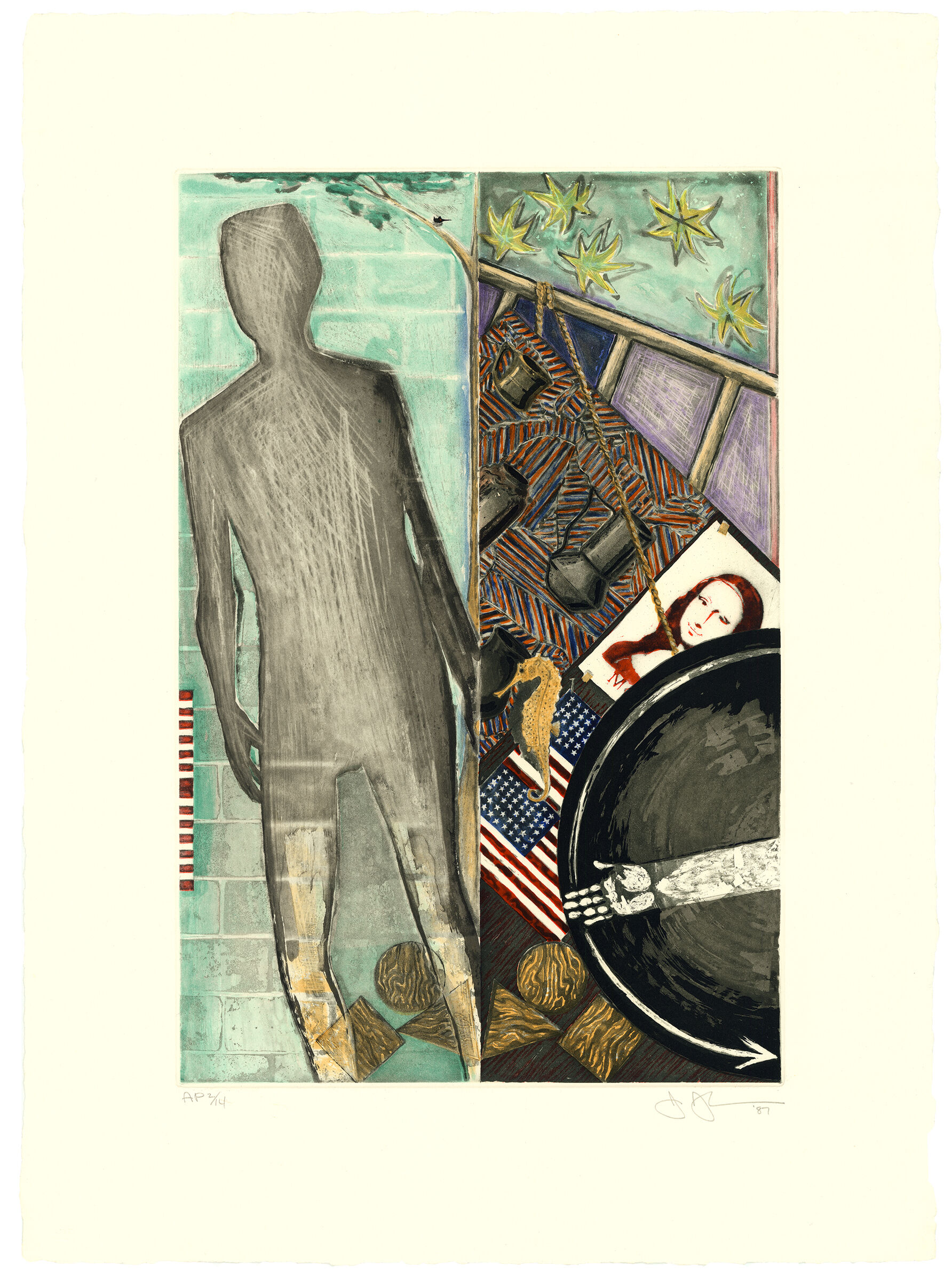 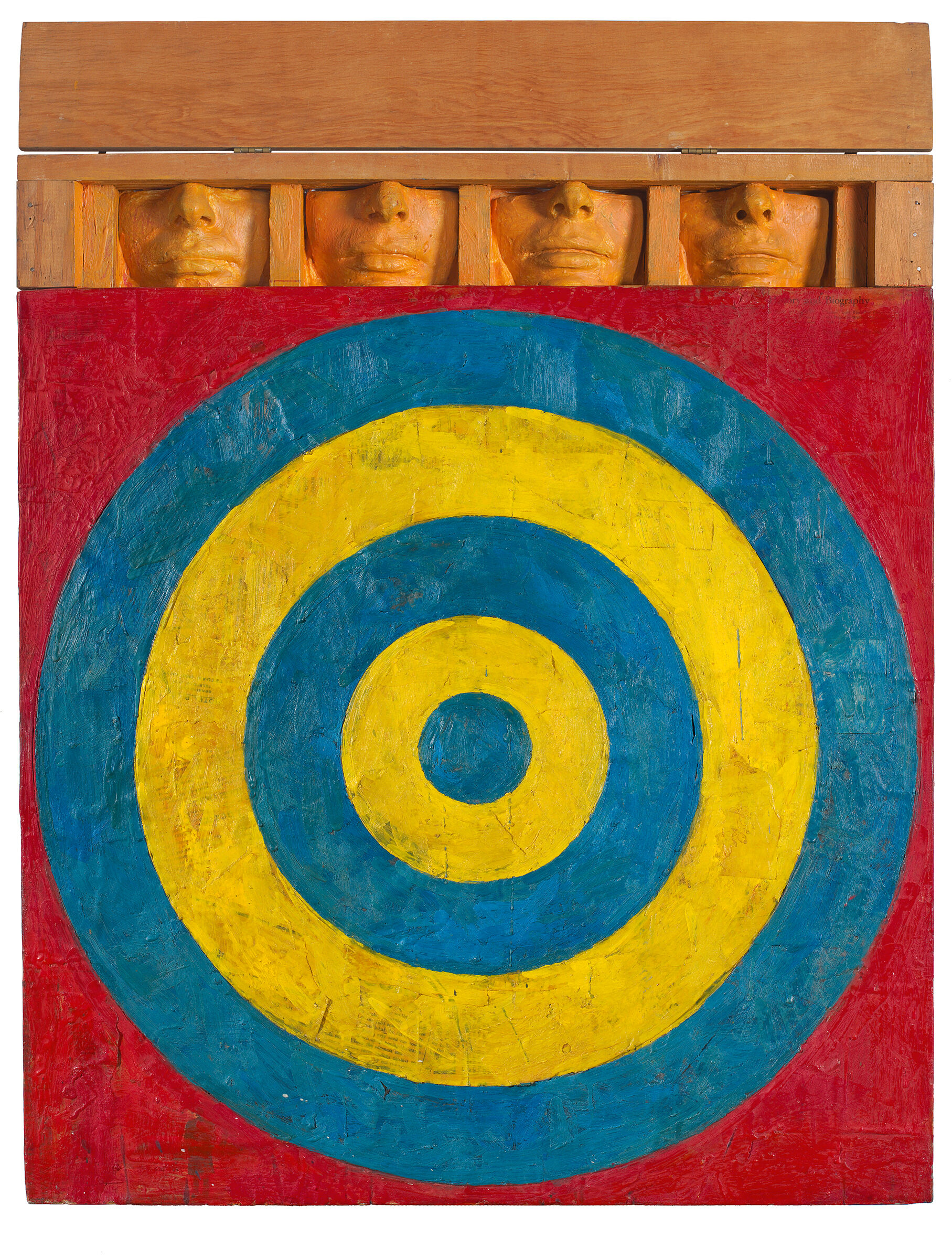 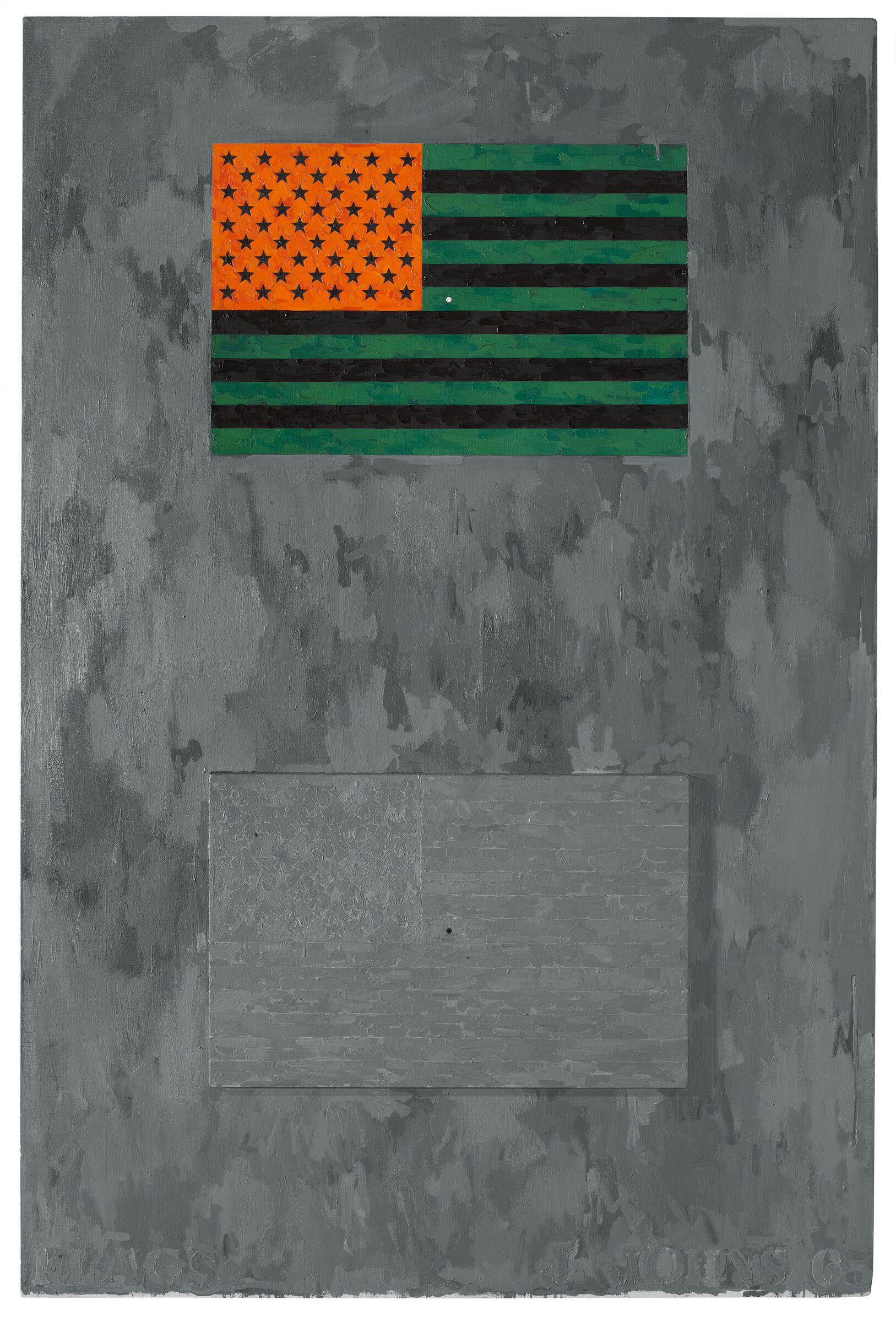 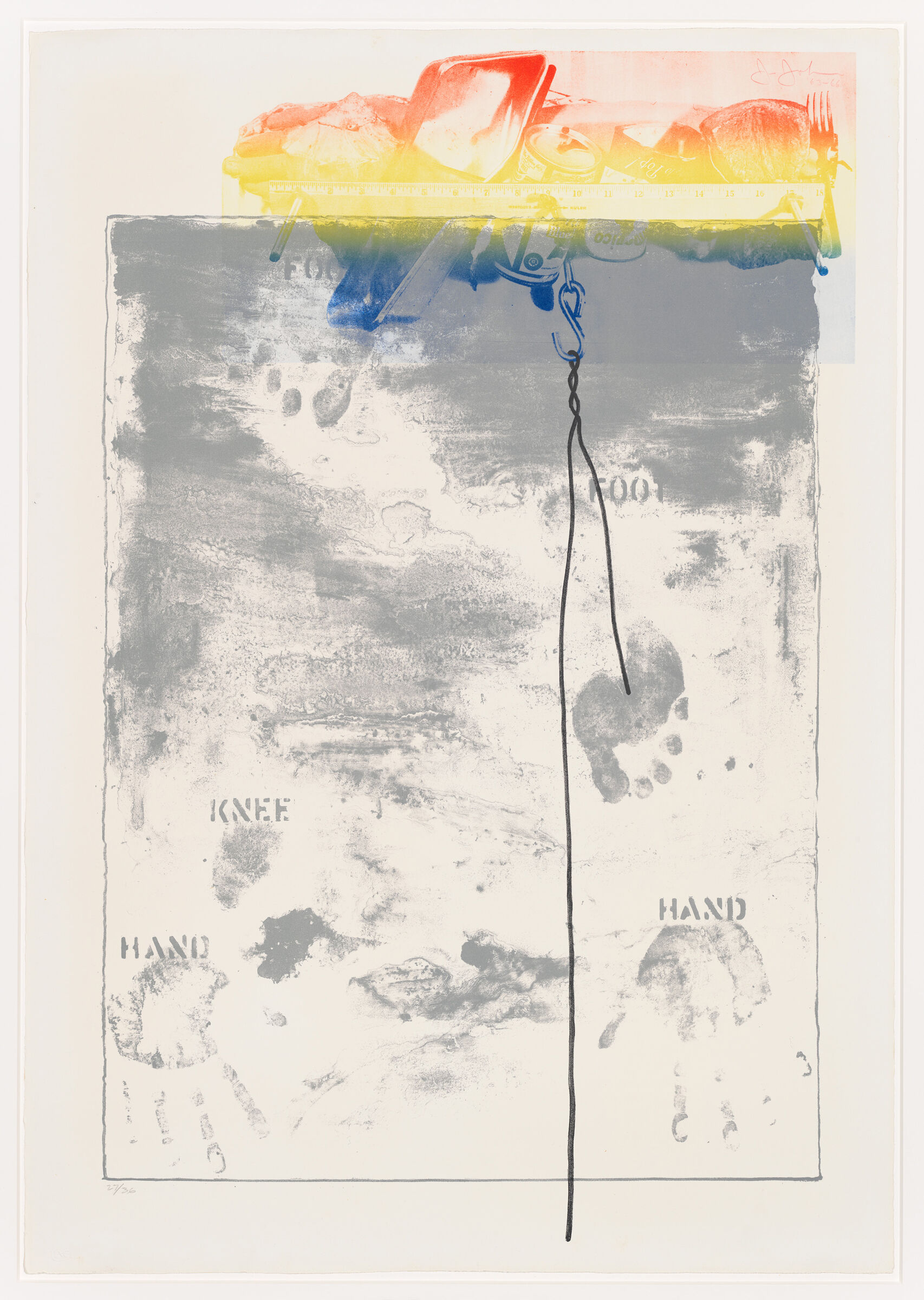 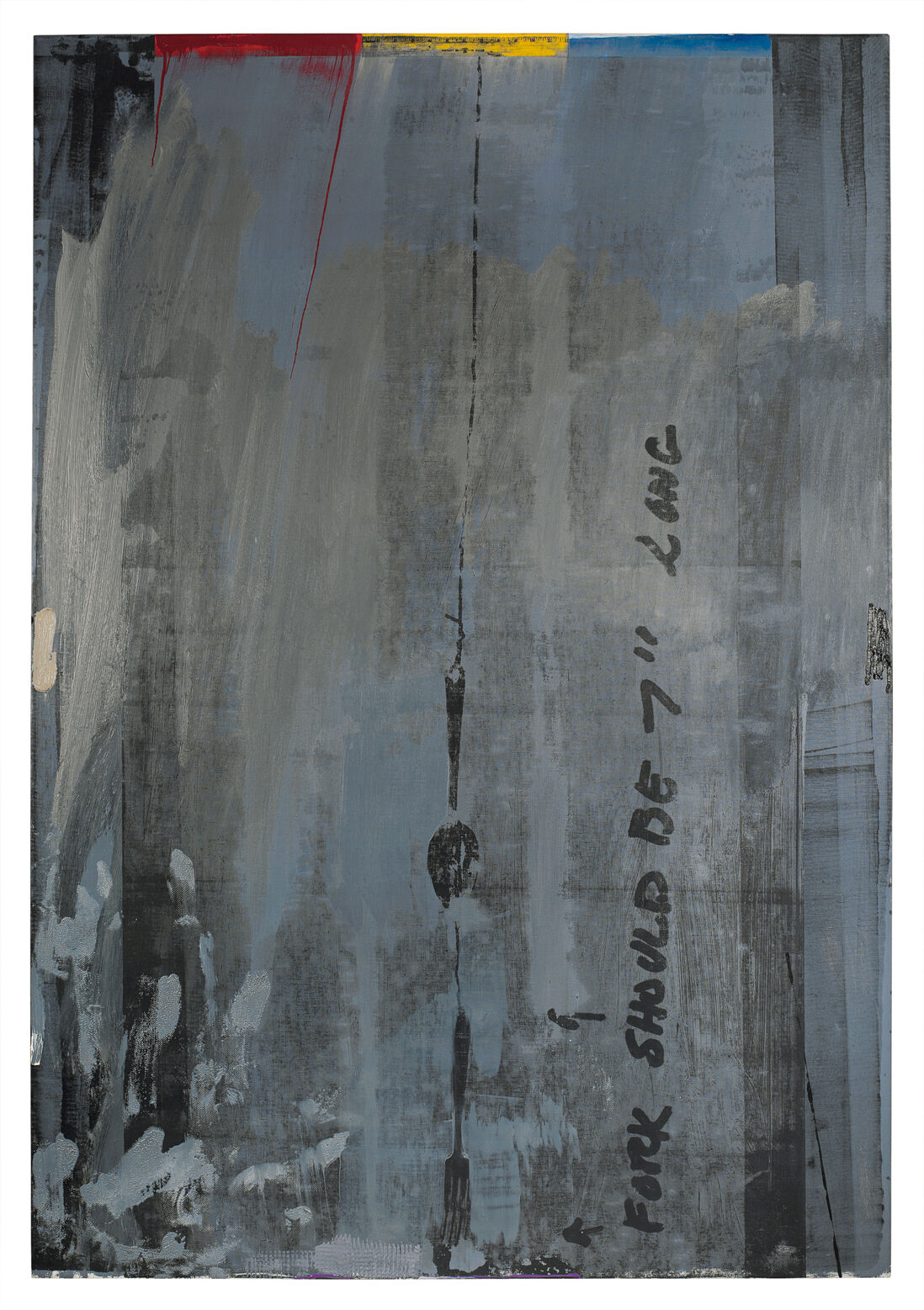 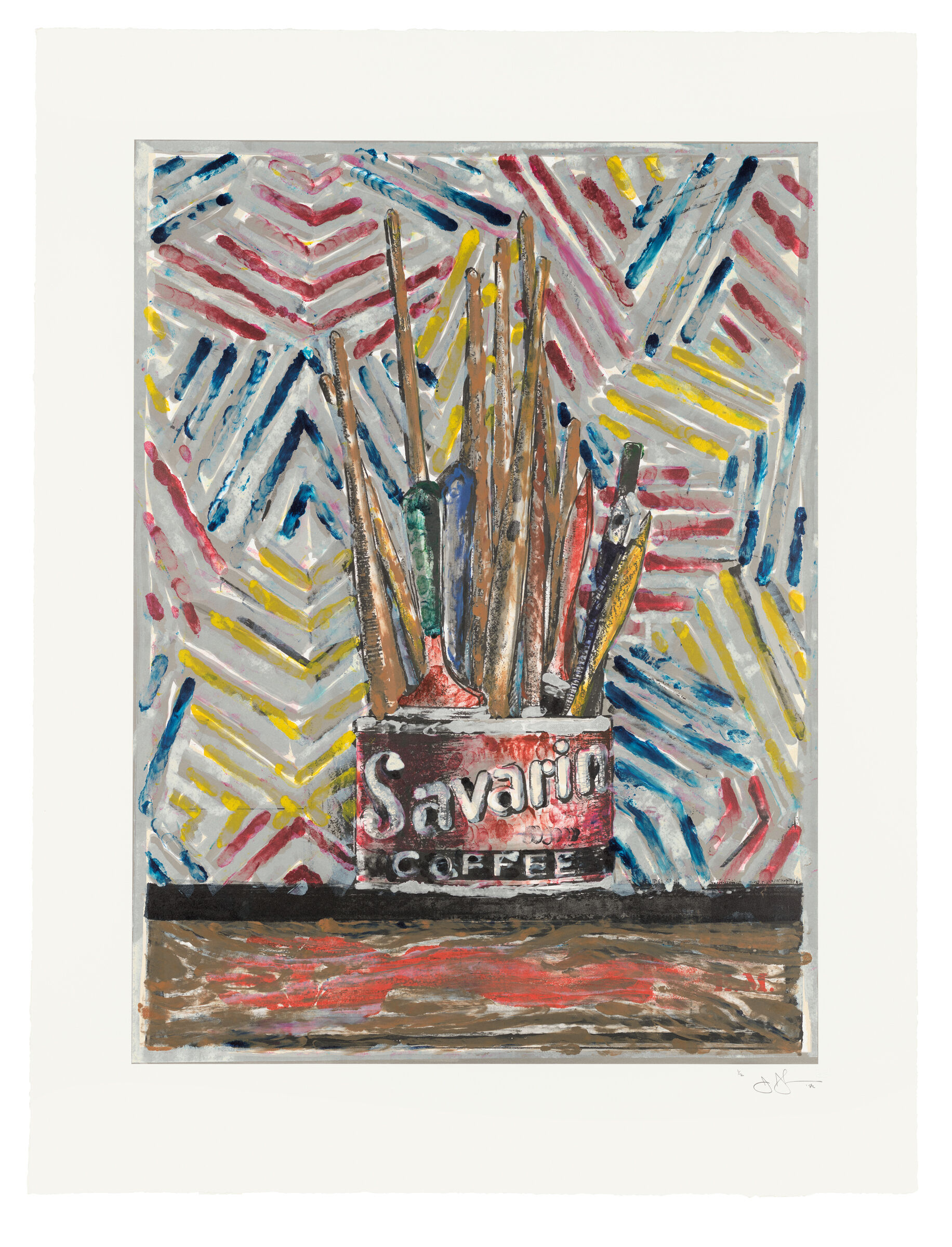 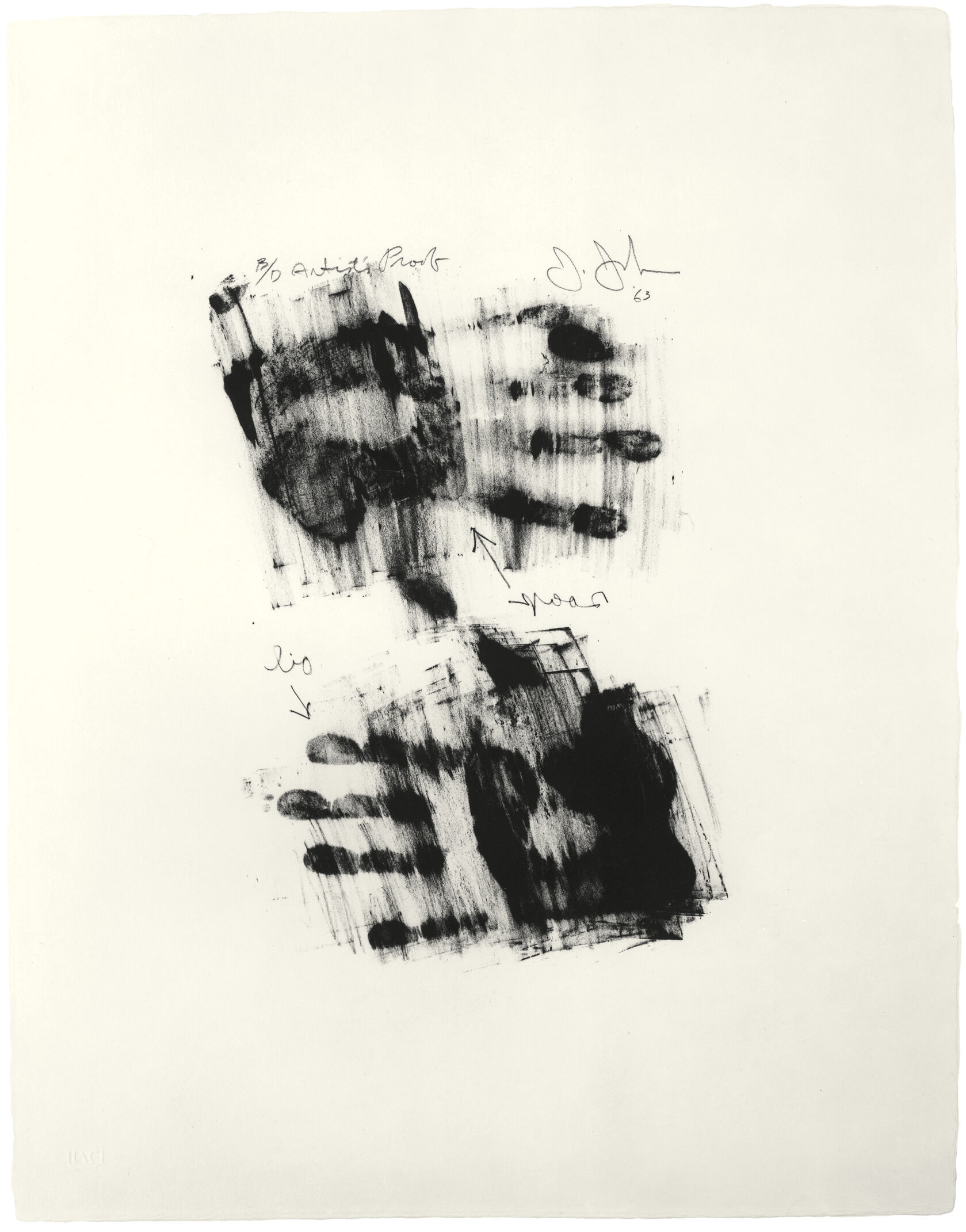 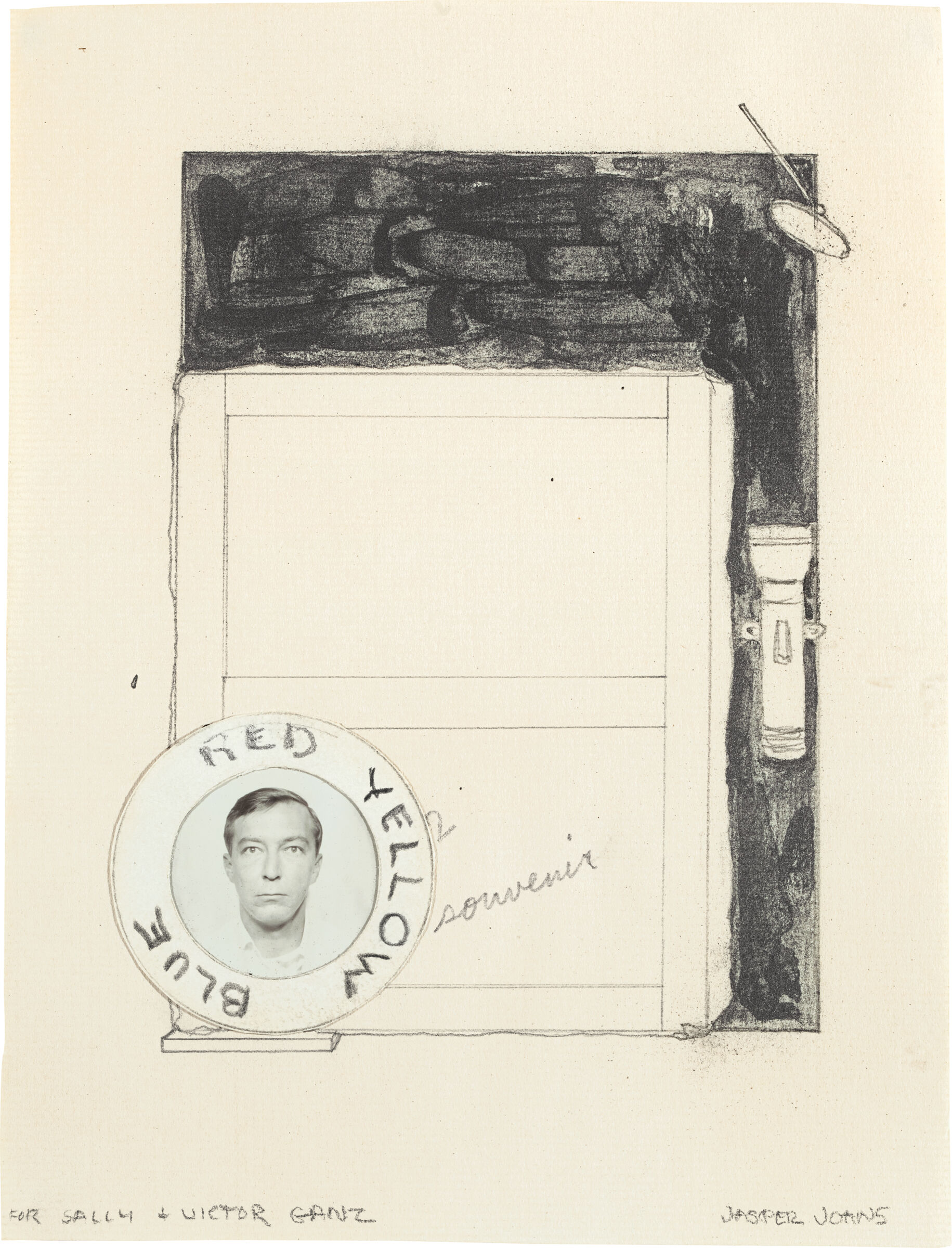 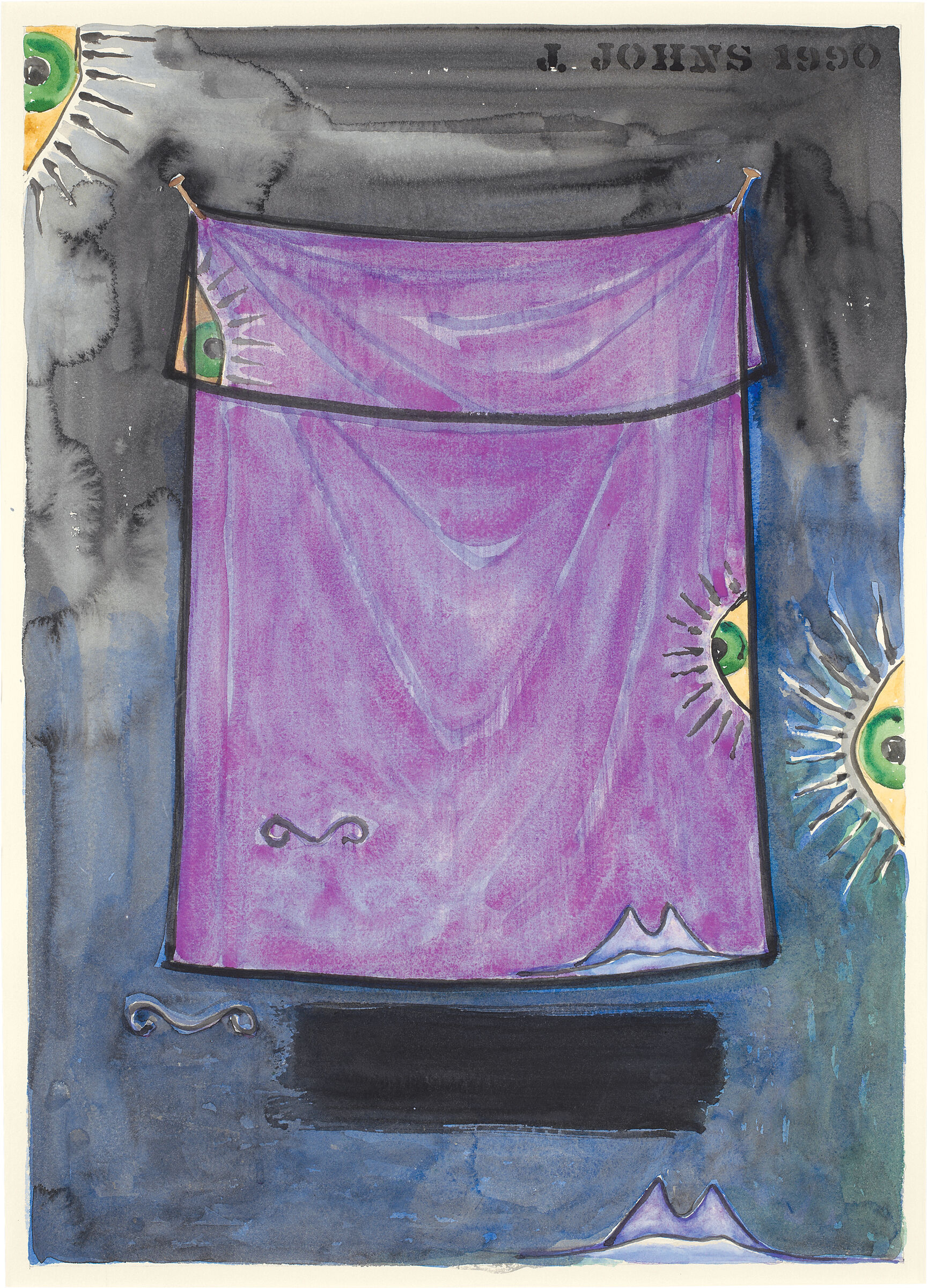 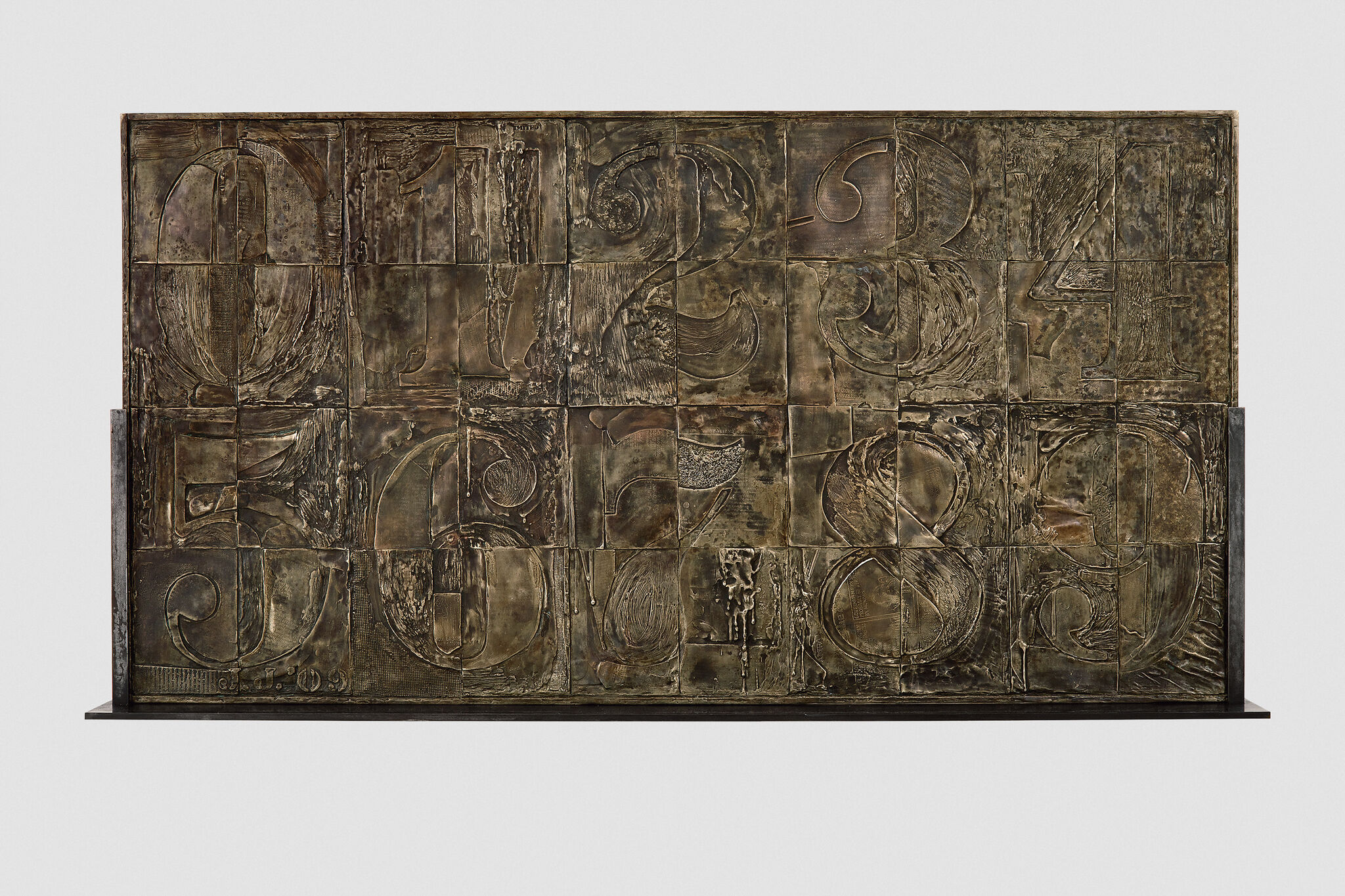 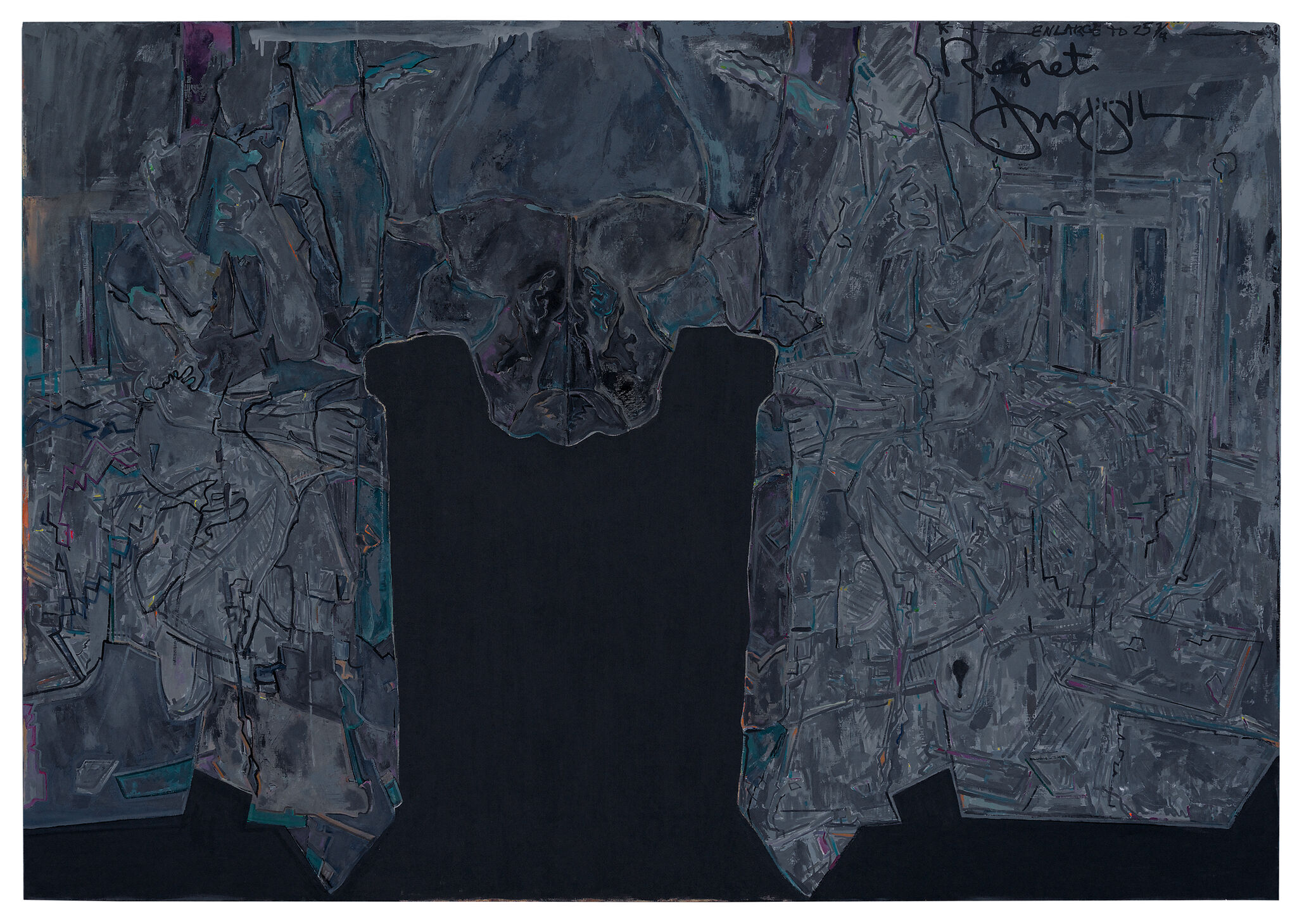 Jasper Johns and the Whitney 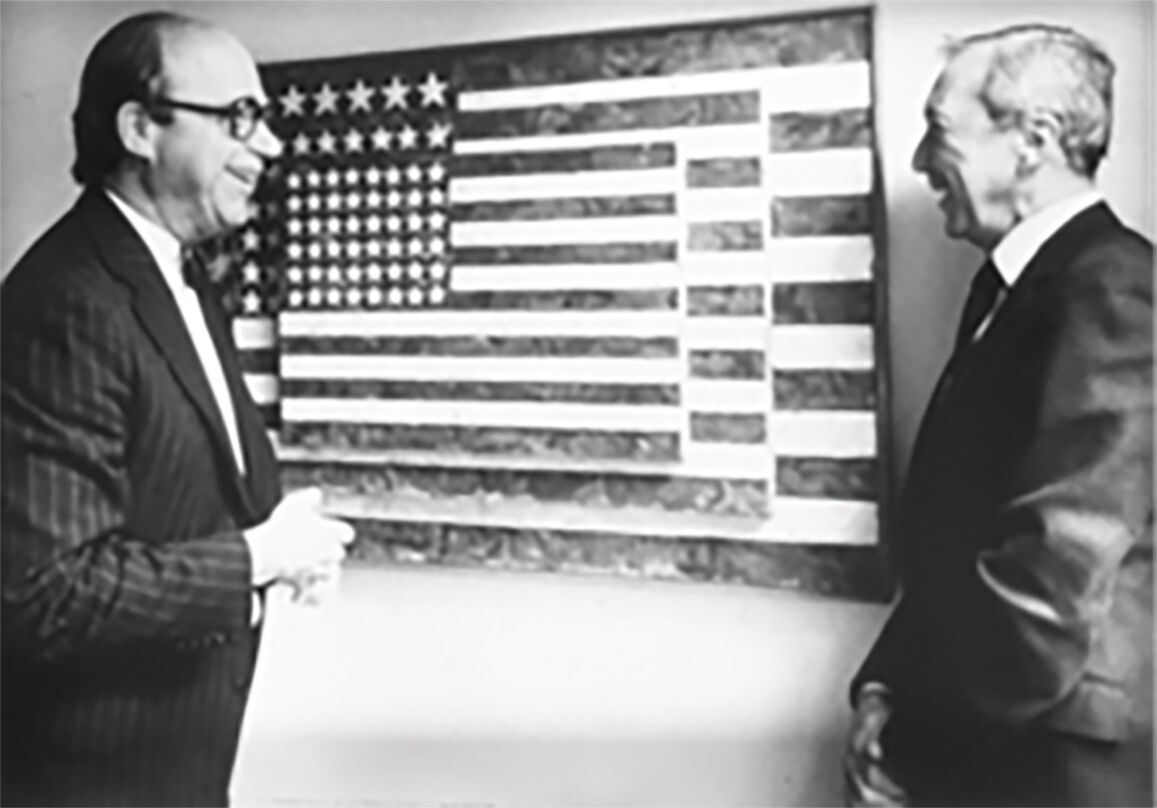 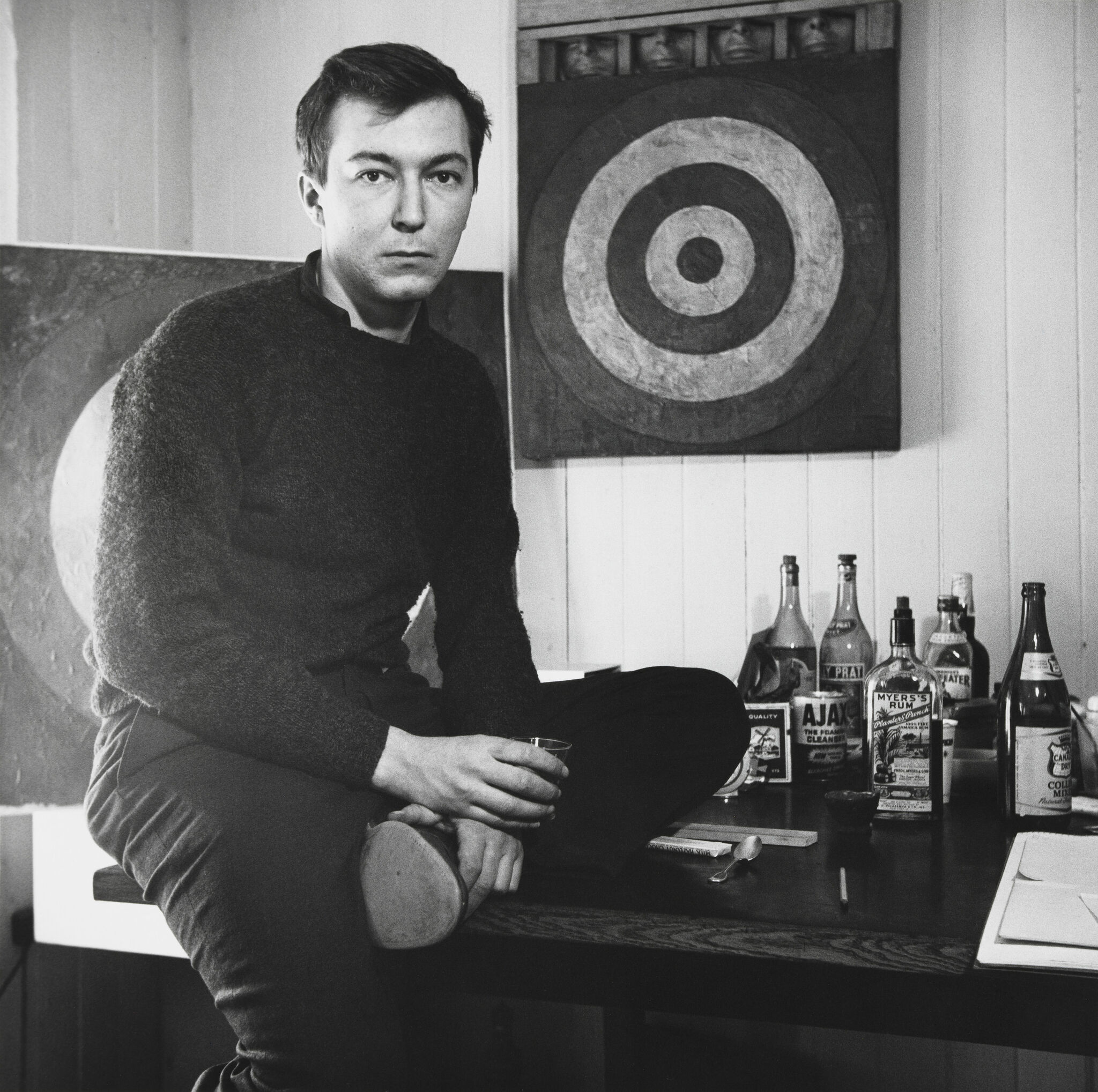 Hear from artists, curators, and scholars on selected works from the exhibition.

Jasper Johns (b. 1930) is arguably the most influential artist living today. Over the past sixty-five years, he has produced a radical and varied body of work marked by constant reinvention. Inspired by the artist’s long-standing fascination with mirroring and doubles, this book provides an original and exciting perspective on Johns’s work and its continued relevance.

A diverse group of curators, academics, artists, and writers offer a series of essays—including many paired texts—that consider aspects of the artist’s work, such as recurring motifs, explorations of place, and use of a wide array of media. These include Carroll Dunham on dreams, Ruth Fine on monotypes and working proofs, Michio Hayashi on Japan, Terrance Hayes on flags, and Colm Toíbín on nightmares, among many others. The various themes are further explored in a series of in-depth plate sections that combine prints, drawings, paintings, and sculptures to draw new connections in Johns’s vast output.

Accompanying “mirroring” exhibitions held simultaneously at the Whitney Museum of American Art and the Philadelphia Museum of Art, this lavishly illustrated volume features a selection of rarely published works along with never-before-published archival content and is full of revelations that allow us to engage with and understand the artist’s rich and varied body of work in new and meaningful ways.

“The structure of the exhibition will open a window onto the beauty, meaning, and remarkable artistic order that organizes Johns’s work.” —ArtfixDaily

“The artist’s work has managed to speak both to and for the country’s consciousness for the last 60 years—and he’s not done yet.” —T Magazine

“With a career spanning over 60 years, Jasper Johns [. . .] is considered one of the greatest artists of the 20th century.” —Artsy

". . . a spectacular exhibition, spanning the artist's 65-year career and featuring many of his most iconic works as well as rare pieces on public view here for the first time."—Gothamist