95 Horatio Street is a site-specific work by the artist Do Ho Suh, and the sixth work to be featured in the series of public art installations on the façade of 95 Horatio Street, organized by the Whitney in partnership with TF Cornerstone and High Line Art. Past iterations of the series featured works by Alex Katz (2014), Michele Abeles (2015), Njideka Akunyili Crosby (2015–2016), Torbjørn Rødland (2016-2017), and Puppies Puppies (2017).

Do Ho Suh (b. 1962, Seoul, South Korea) is interested in the intersections of architecture, memory, and identity. The emotional significance of an architectural space, its relation to personal memory and the collapse of time, and its many-layered meanings are central themes Suh explores across media. His large-scale installations of fabric recreations of former homes, meticulous rubbings of the interior of his apartment in New York, and drawings of moveable and anthropomorphic architectural structures are evocative meditations on the definition of home, its public and personal significance, and how it is affected by displacement and context.

Here, Suh mines the history of the Meatpacking District to visually reconnect this space with the former railway that once occupied the neighborhood.  Although today the High Line ends at Gansevoort Street, it previously continued downtown, running through various industrial buildings. The 95 Horatio Street site was formerly the Manhattan Refrigerating Company, which had a private siding for the railway, allowing direct access to St. John’s Terminal further downtown. Suh’s digitally rendered image evokes the history of the site but also connects to the current repurposed use of the High Line, which affords a unique view of his project at the southern terminus.

This installation is organized by curatorial assistant Christie Mitchell.

This project is made possible by the Whitney Museum of American Art, TF Cornerstone, and High Line Art, presented by Friends of the High Line. Do Ho Suh: 95 Horatio Street is part of Outside the Box programming, which is supported by a generous endowment from The Jacques and Natasha Gelman Foundation. 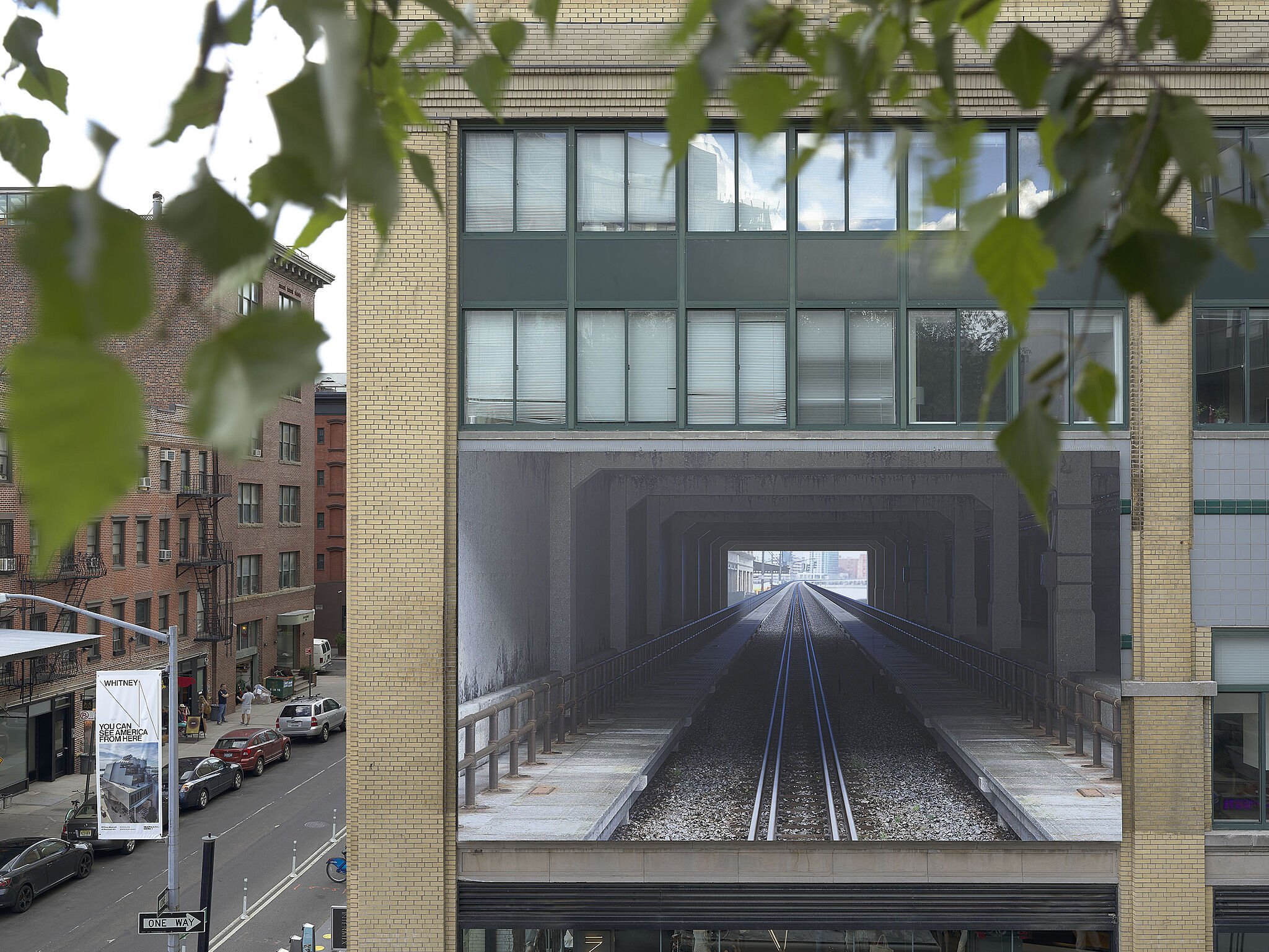 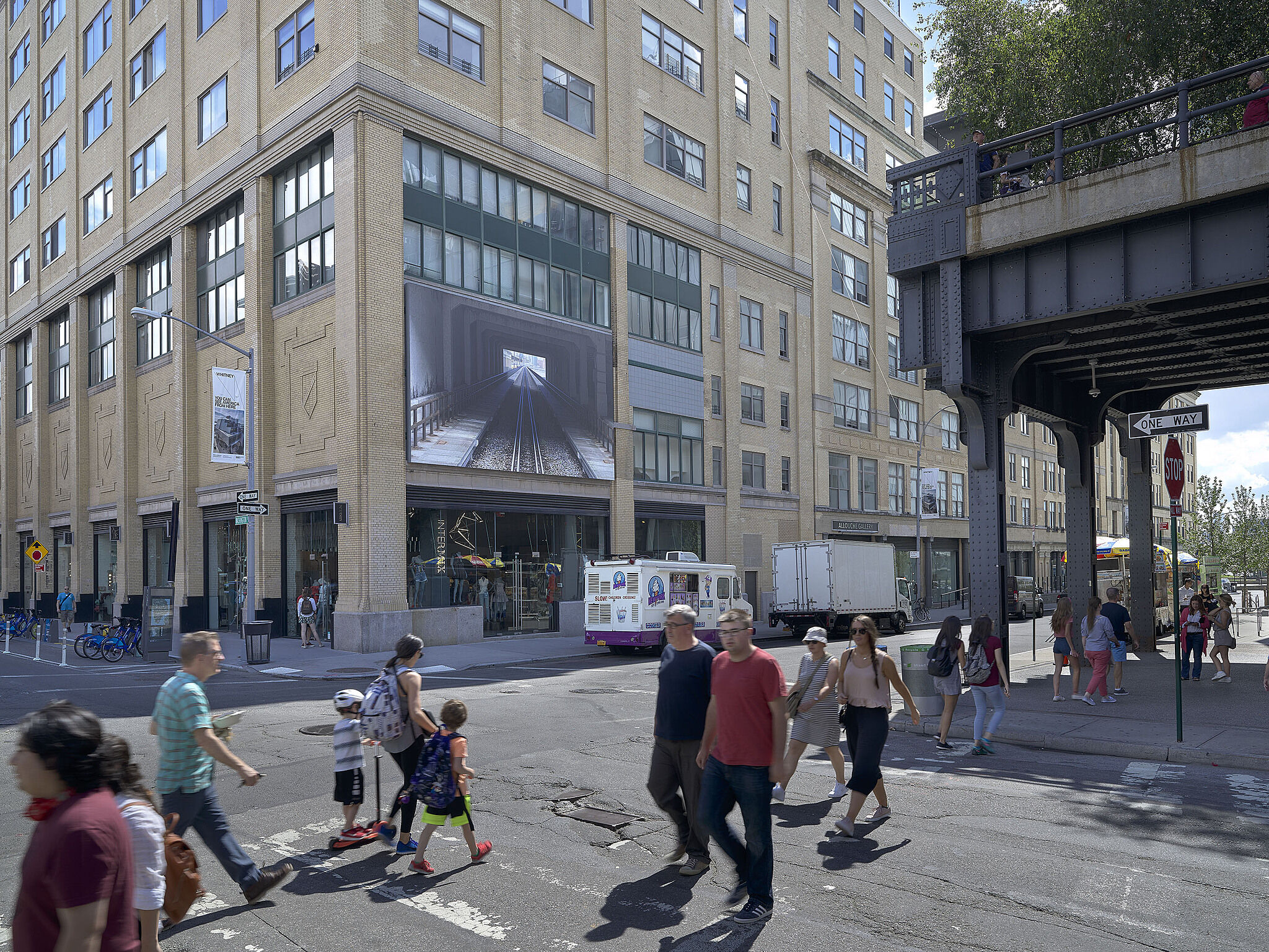 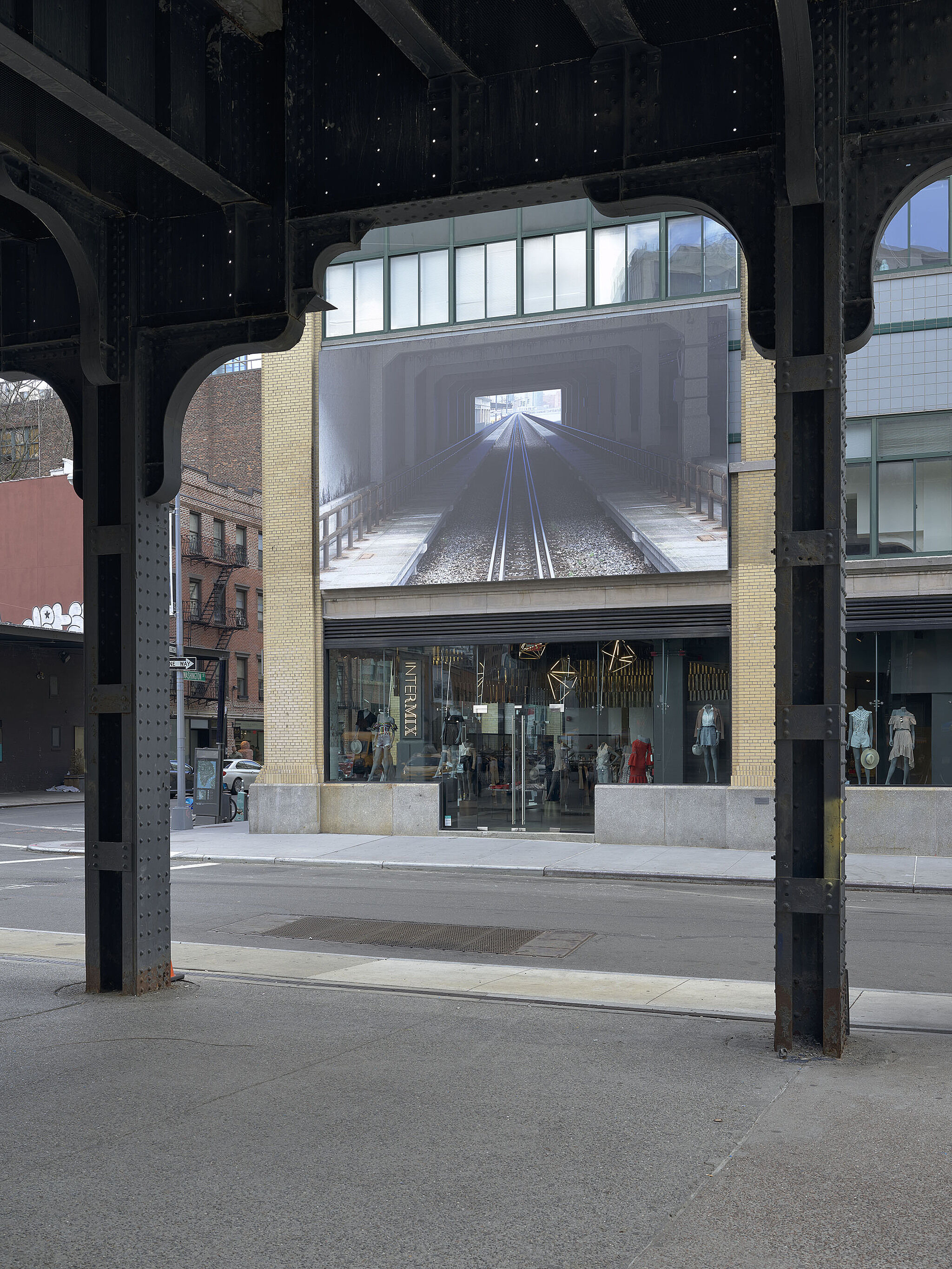 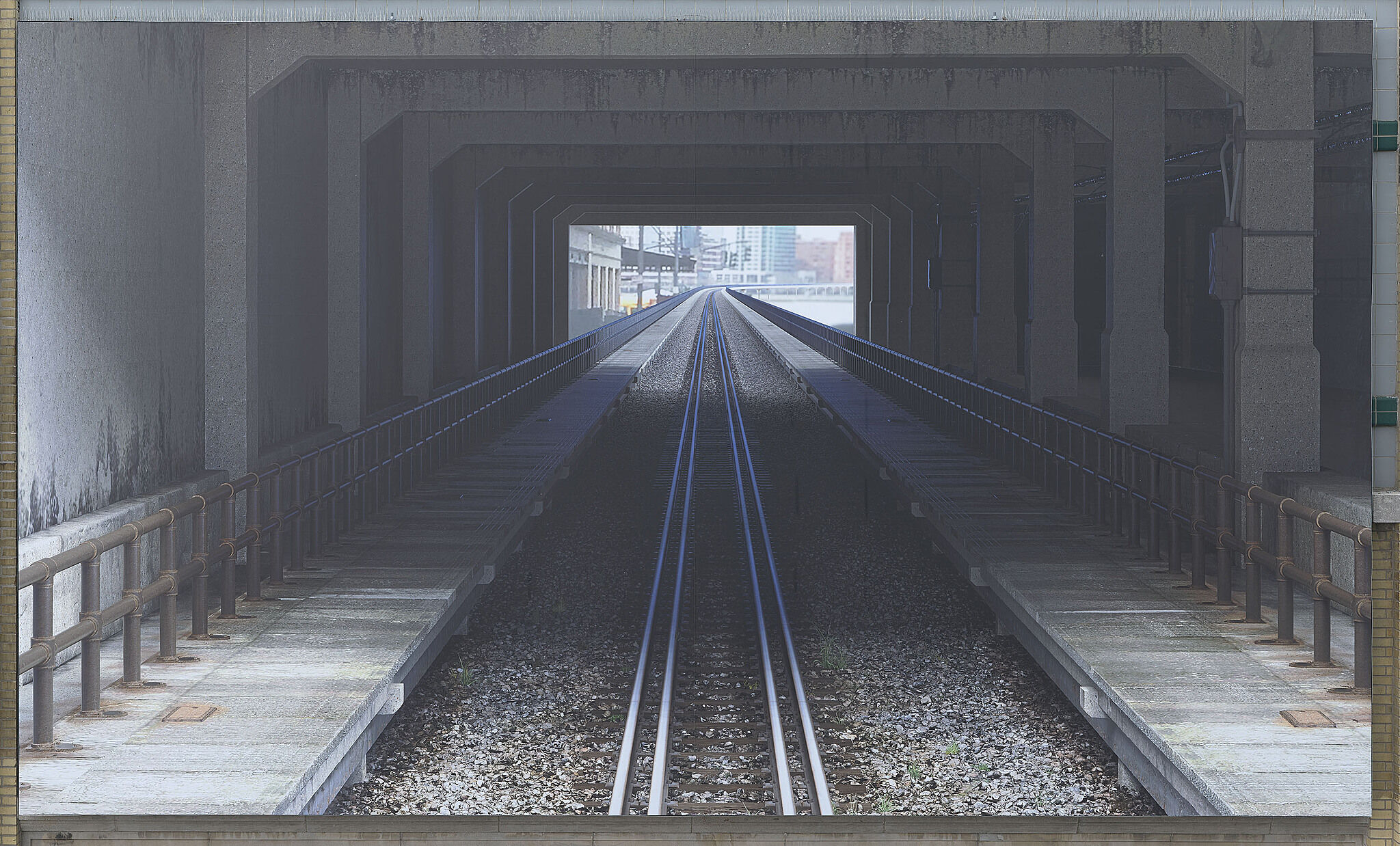 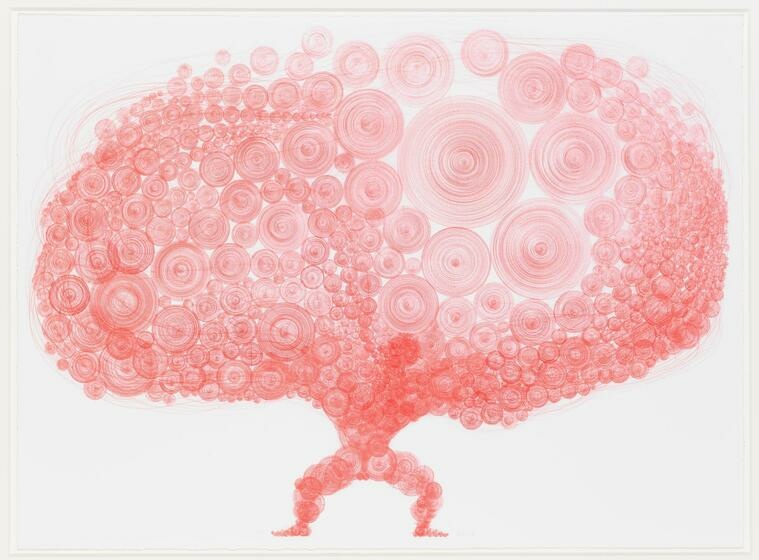 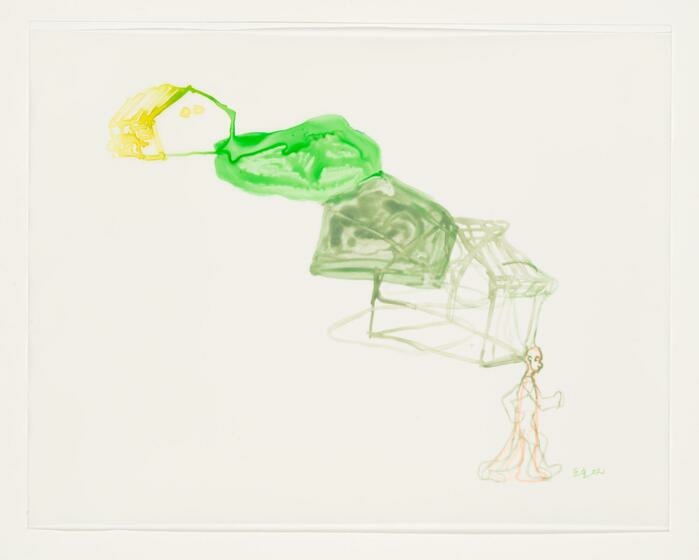 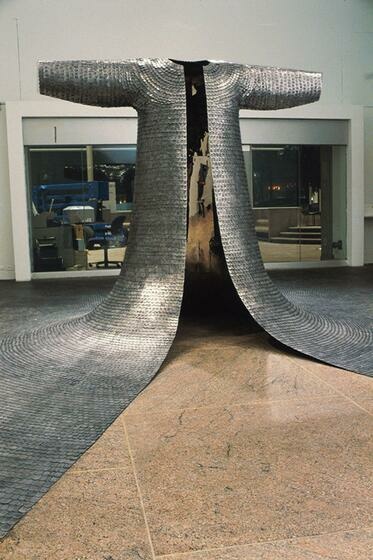