Over the course of the next five years, a series of public art installations by key American artists will appear across from the Whitney’s new building and the southern entrance to the High Line, on the facade of 95 Horatio Street. Michele Abeles is the second artist to present work as part of the series, which was initiated by the Whitney in partnership with TF Cornerstone and the High Line. The first installation, in 2014, presented a work by Alex Katz.

Michele Abeles (b. 1977) is a New York-based artist who works primarily in photography, often addressing recent changes in the medium and its influences.  Her photographs engage with the contemporary climate of communication in which images are constantly created, altered, shared, interpreted, and (mis)understood. Baby Carriage on Bike or Riot Shield as Carriage (2015) will be her first one-person presentation at a museum.

Abeles considers the visual language, physical boundaries and inherent transience of the billboard for this new work. Historically, billboards have possessed a tactile quality due to the application of one advertisement over the other. In Baby Carriage on Bike or Riot Shield as Carriage, inspired by this materiality, Abeles digitally composited a number of her earlier photographs to explore the billboard as a site of collapsed time. By recycling and scrambling her own preexisting artworks—a common motif in Abeles’s work—the billboard is no longer an advertisement for a product but instead becomes a humorous reflection on branding and self-promotion as the contemporary norm in art and life.

This installation is organized by assistant curators Elisabeth Sherman and Laura Phipps. 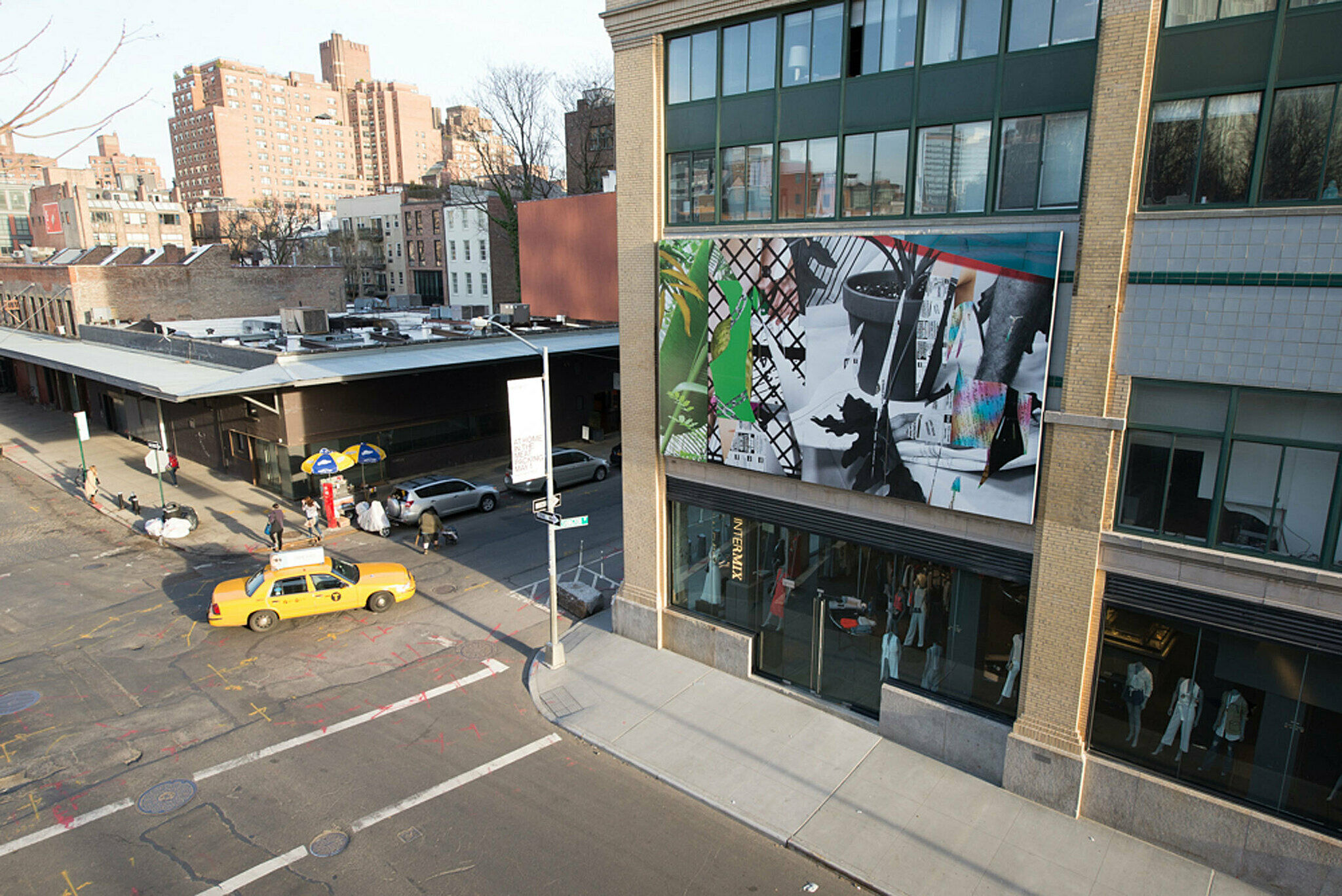 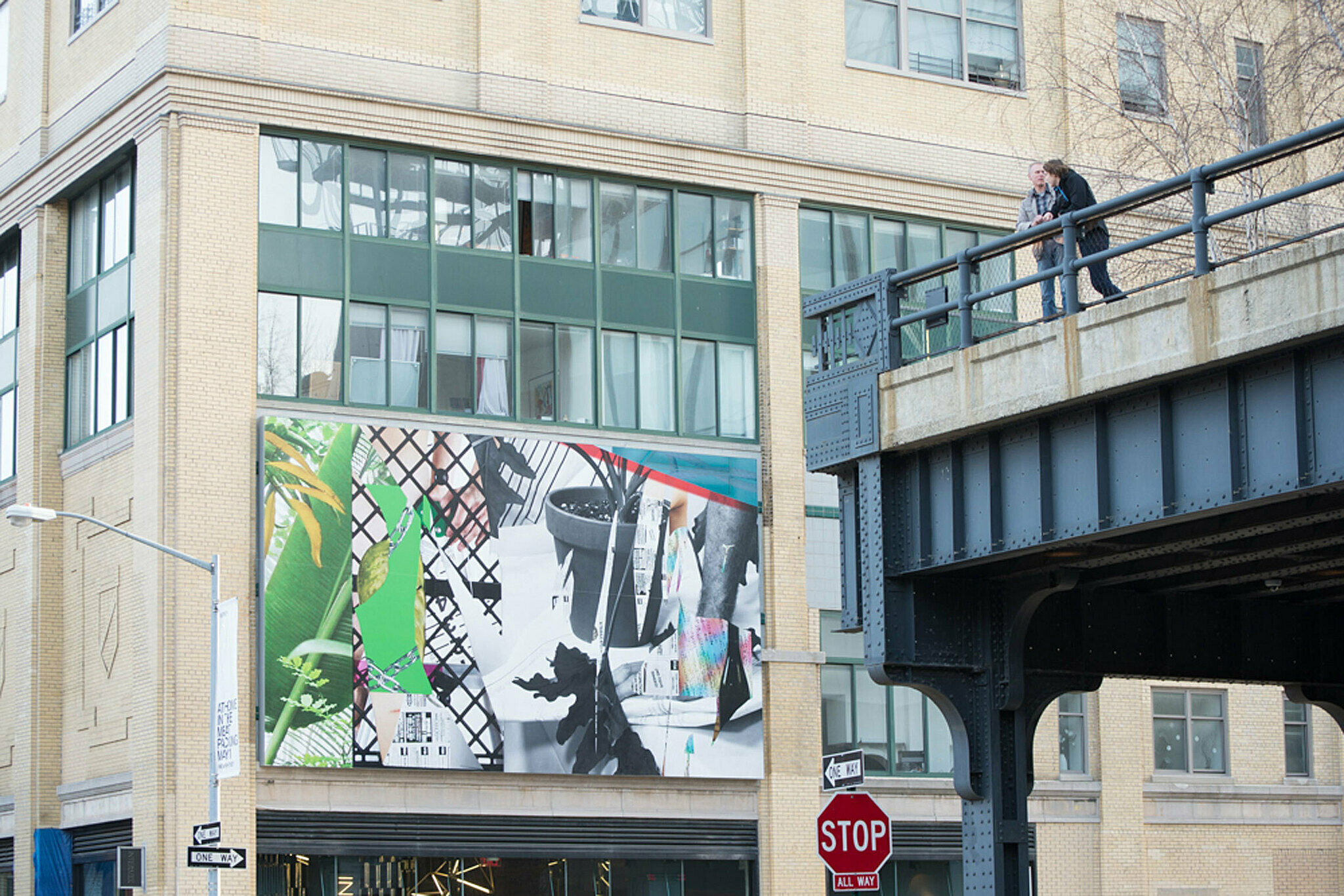 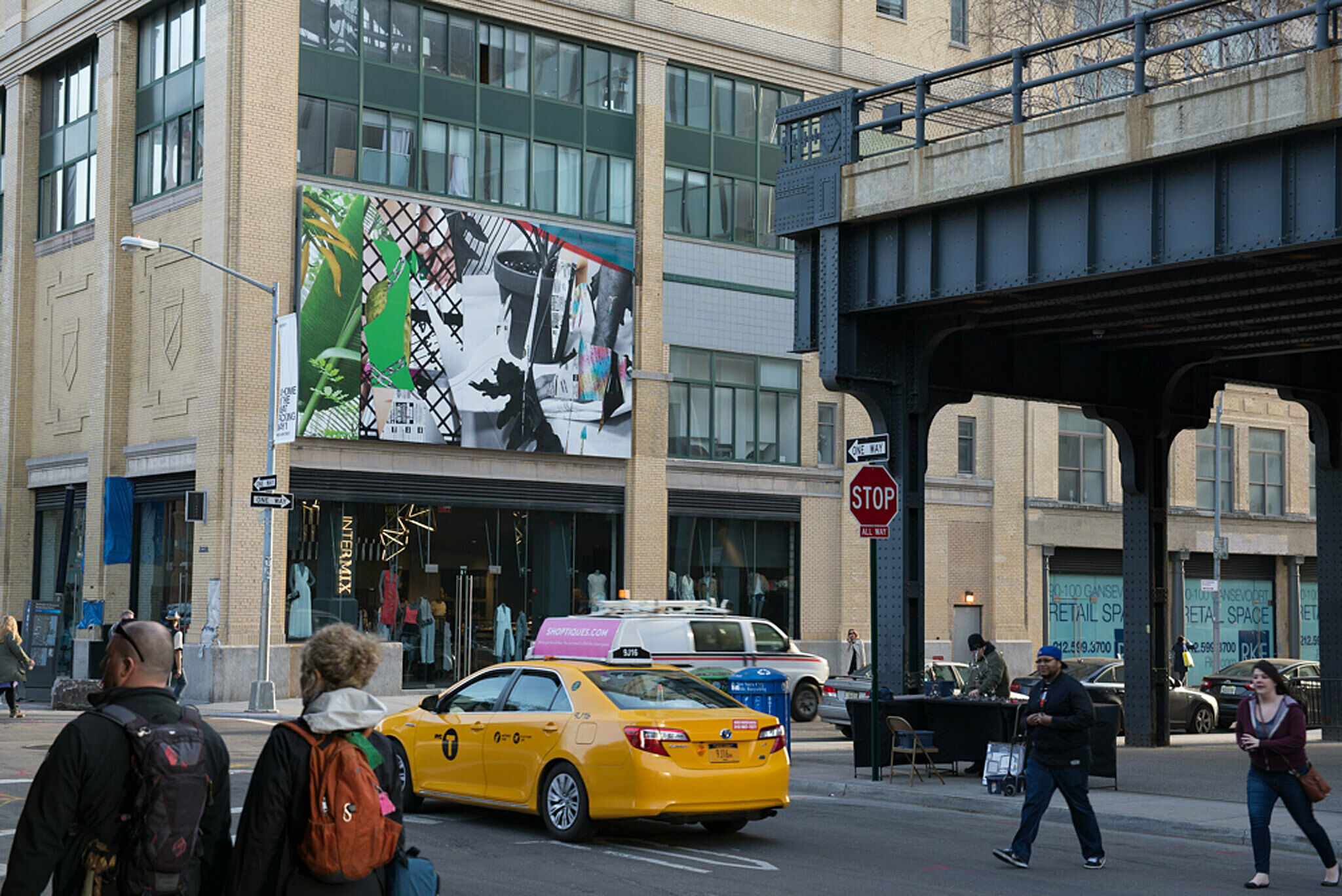