Shadow (2010), a new video work by Slater Bradley in collaboration with Academy Award–nominated cinematographer Ed Lachman, takes as its inspiration the unfinished Hollywood film Dark Blood(1993), which was never completed due to the untimely death of its star, River Phoenix. Seventeen years later, Shadow presents a kind of prologue to the original film, revisiting Phoenix's character (here, by Ben Brock) while creating a new narrative which, when woven together with the original, creates a labyrinthine tale that blurs the lines between illusion and reality. Slater Bradley and Ed Lachman: Shadow is curated by Anne & Joel Ehrenkranz Curator Chrissie Iles.

Artists have long engaged with the mythology of Hollywood, creating a hybrid of art and cinema that has become an important strand of contemporary art. Shadow (2010), a video installation by Slater Bradley in collaboration with Academy Award–nominated cinematographer Ed Lachman, takes as its inspiration the unfinished Hollywood film Dark Blood (1993) for which Lachman was the cinematographer. In the film, River Phoenix plays a disturbed, young, half–Navajo widower who lives like a hermit near a nuclear testing site in the Nevada desert, waiting for the apocalypse and making kachina dolls that he believes have magic powers. Phoenix’s character’s wife died from radiation poisoning from the site. A married couple becomes stranded when their car breaks down in the desert and they are rescued by the widower, who falls in love with the woman. The film progresses to a dramatic ending in which the young man dies, but because of Phoenix’s own untimely death, the final scenes were never filmed.

Based on Lachman’s memories and impressions of filming Dark Blood seventeen years prior, Shadow constructs a prologue that imagines the widower’s life just before he meets the couple. Although it contains references to what takes place in the original film (now the future) and is haunted by Phoenix’s ghostly presence, major elements of the original—the couple, the car breaking down, the attraction of the widower to the woman—do not appear in Bradley and Lachman’s film, and parts of their story—the little girl, the deserted house, the bar—do not appear in the original. The two narratives are woven together by threads of fact and fiction whose boundaries are never made clear. The bar in Shadow was the one frequented by Phoenix while filming the original movie, for example, and the location, near the Capitol Reef in Utah, is the same as in Dark Blood. The photographs found by the widower in the prologue were discovered by chance by Lachman and Bradley in the bar. They were taken in 1993 and show Lachman and Phoenix at work on Dark Blood. In a further twist, Ben Brock, who plays Phoenix as the widower, bears an uncanny resemblance to Slater Bradley. Shadow thus becomes a triple portrait of the actor, the cinematographer, and the artist, transforming a conventional cinematic narrative into a labyrinthine tale that blurs the lines between illusion and reality, past and future. 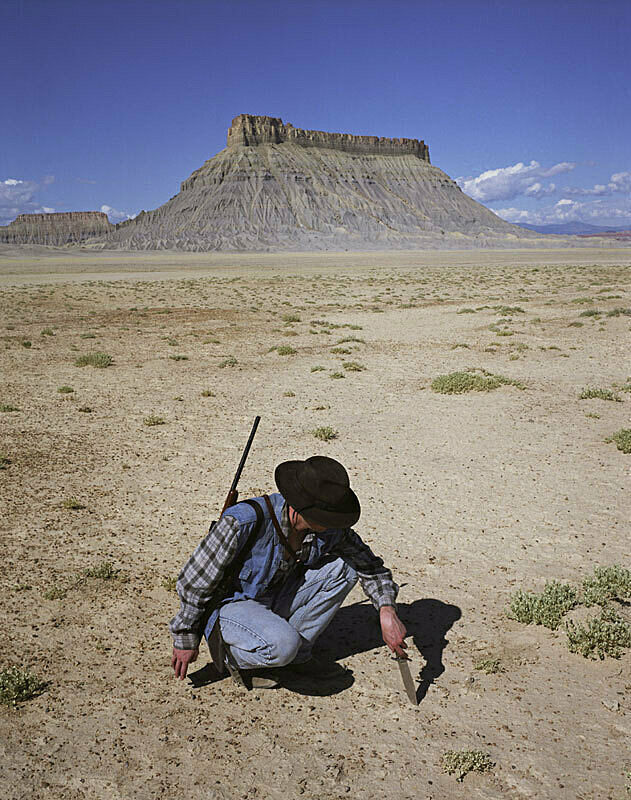 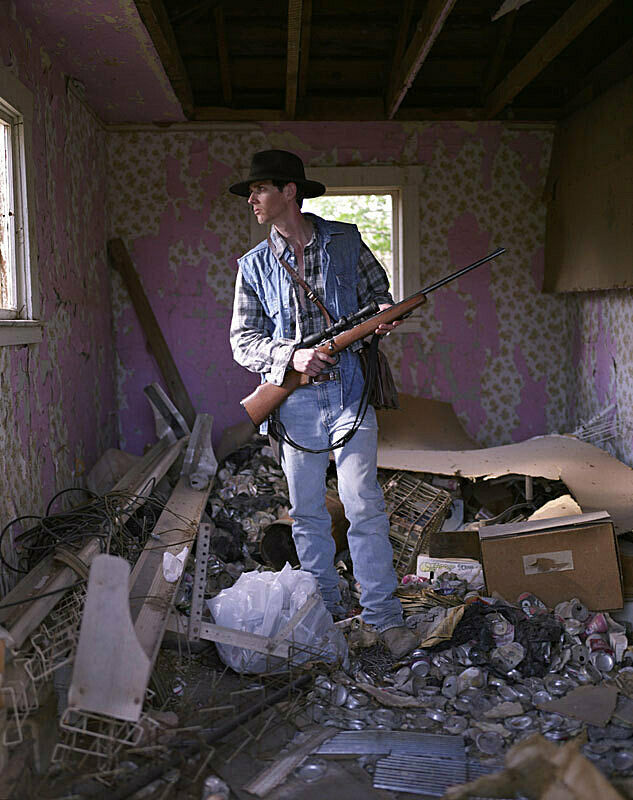 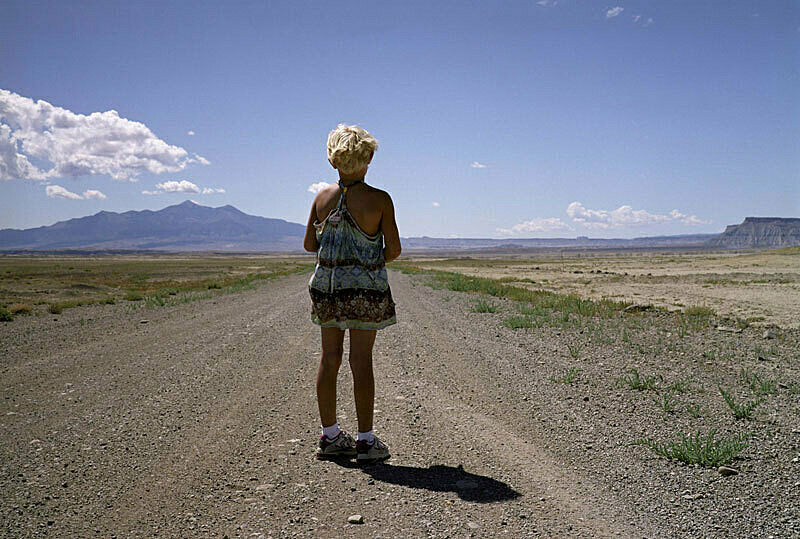