For two decades, the members of My Barbarian—Malik Gaines, Jade Gordon, and Alexandro Segade—have used performance to theatricalize social issues, adapting narratives from modern plays, historical texts, and mass media into structures for their performances.

On the occasion of their twentieth anniversary, My Barbarian will present a two-part survey of their work. One part will reimagine iconic shows representative of the trio's array of theatrical styles through a series of live performances. These will be complemented by an exhibition that traces the history of the group's work through video performances, documentary footage, as well as sculptures, paintings, drawings, masks, and puppets drawn from their extensive archive.

To celebrate My Barbarian's creative output, the Whitney has commissioned Rose Bird, which will be composed, directed, and performed by the trio. This performance for the camera will be created in homage to the first female chief justice of the California Supreme Court, Rose Bird, a controversial figure due to her opposition to the death penalty—a sentence she repeatedly overturned during her decade-long tenure. Working with a variety of texts, Rose Bird will reimagine scenes from her biography as a teleplay and appropriate the media reports that framed both her personal life and work.

My Barbarian is sponsored by

Support is also provided by the Marshall Weinberg Fund for Performance, endowed in honor of his parents, Anna and Harold Weinberg, who taught him the meaning of giving.

Find transcriptions of all works with sound. 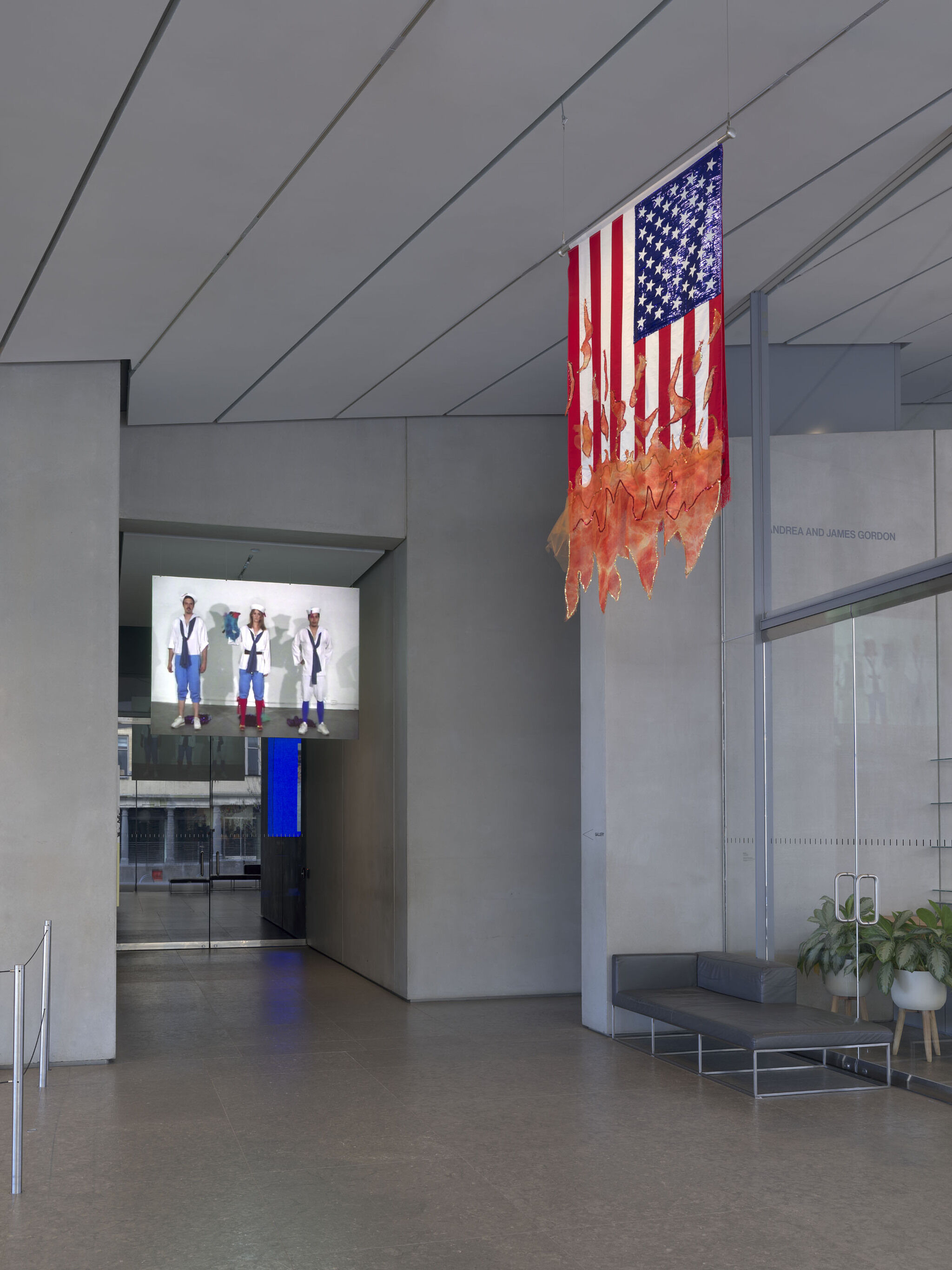 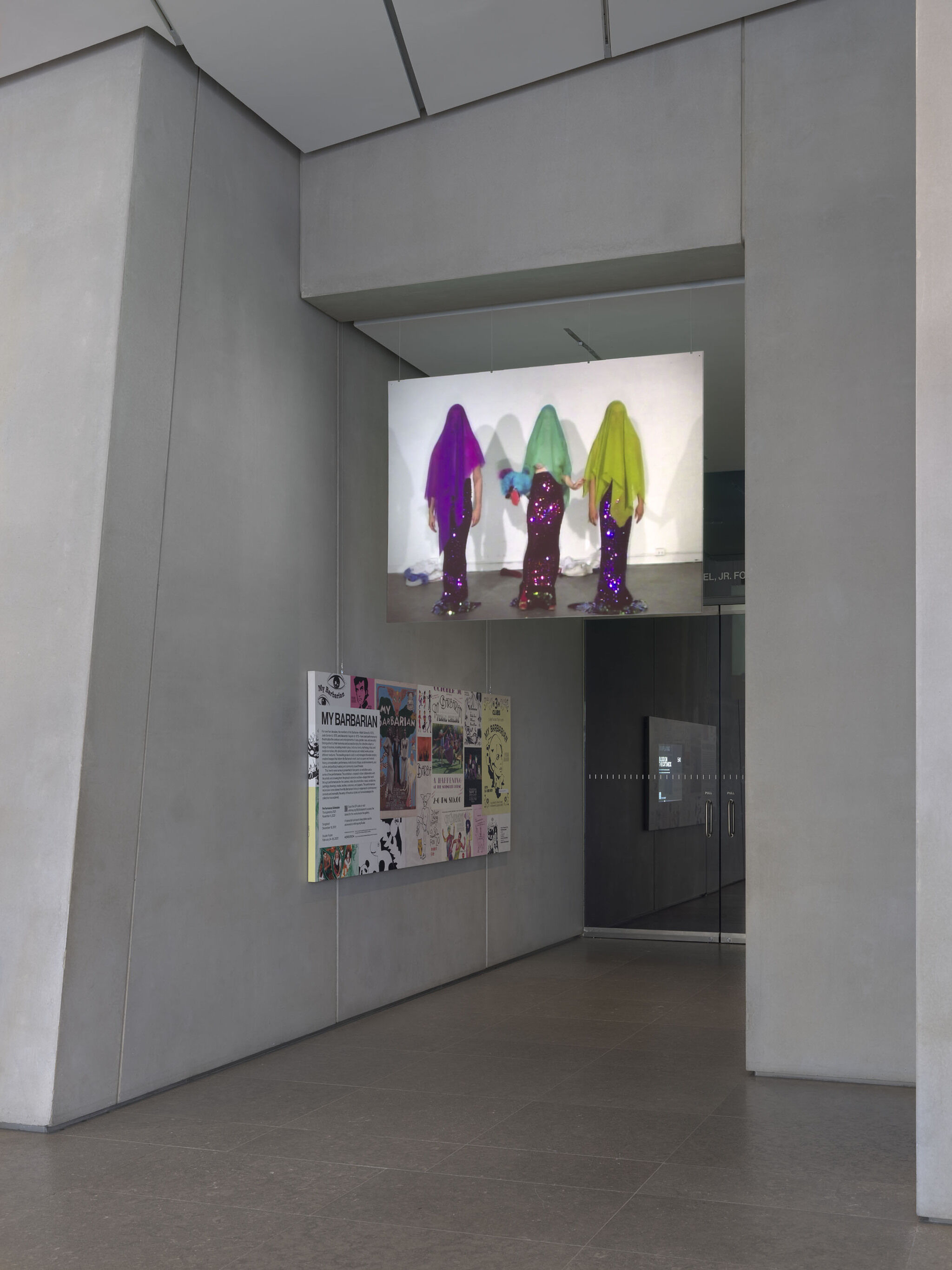 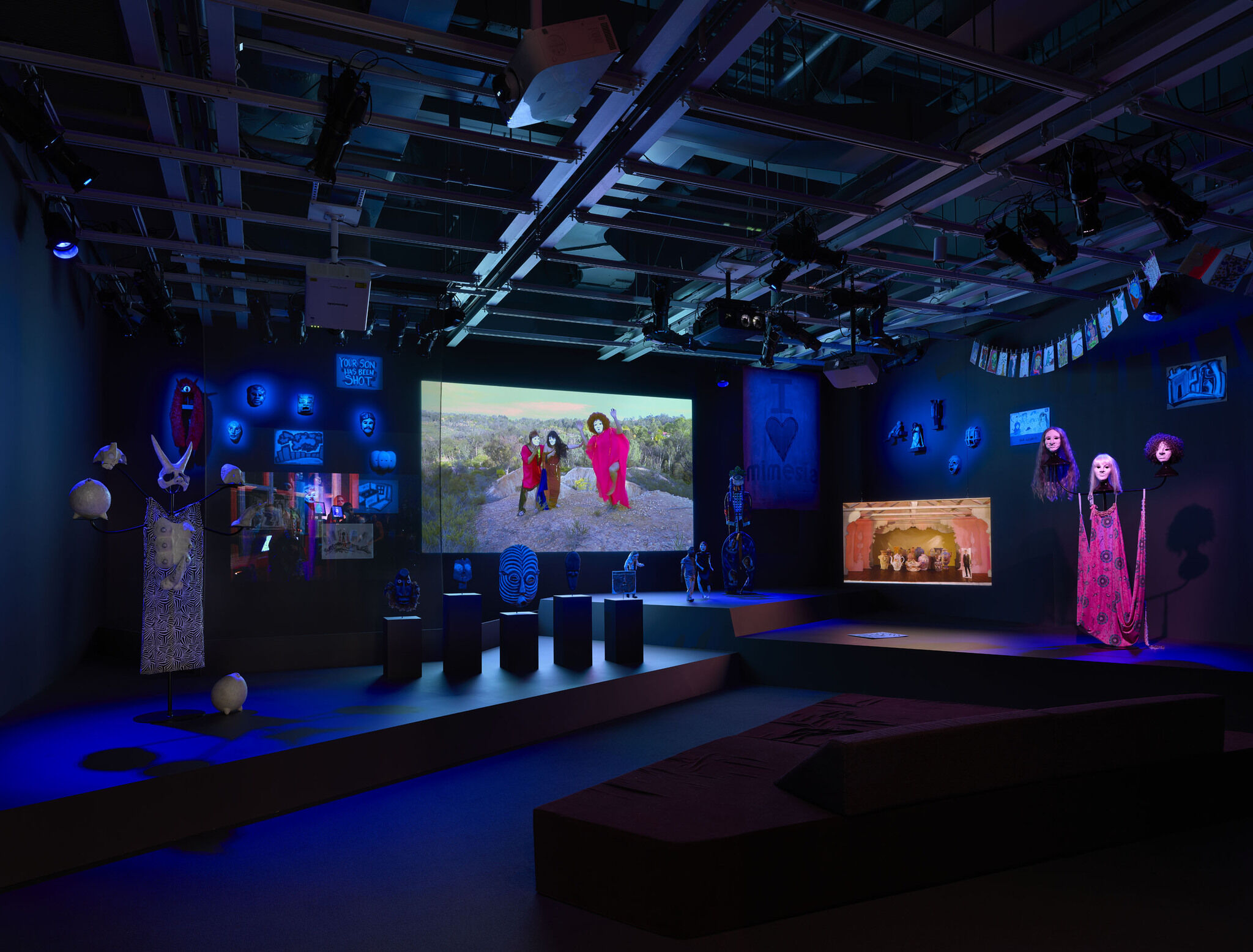 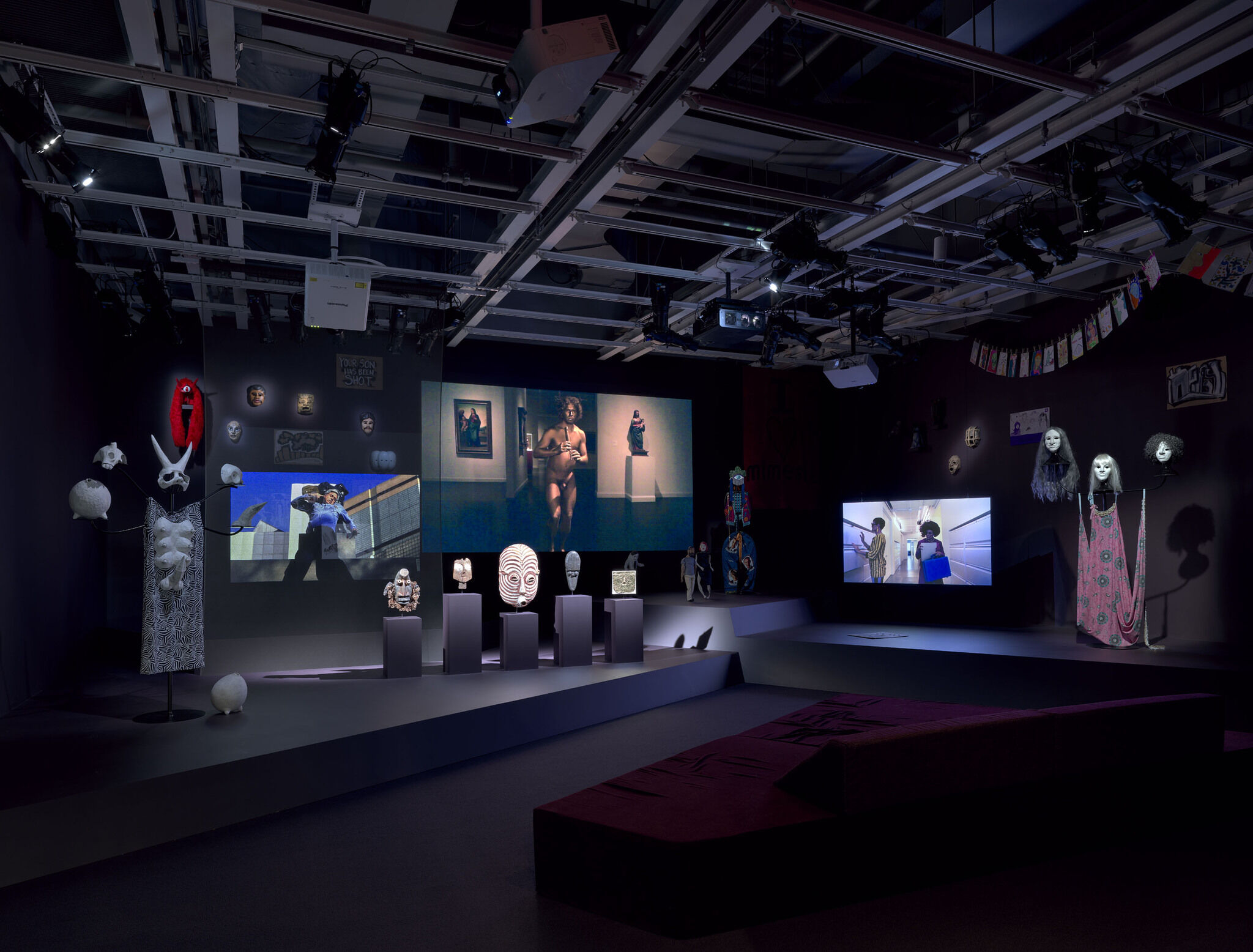 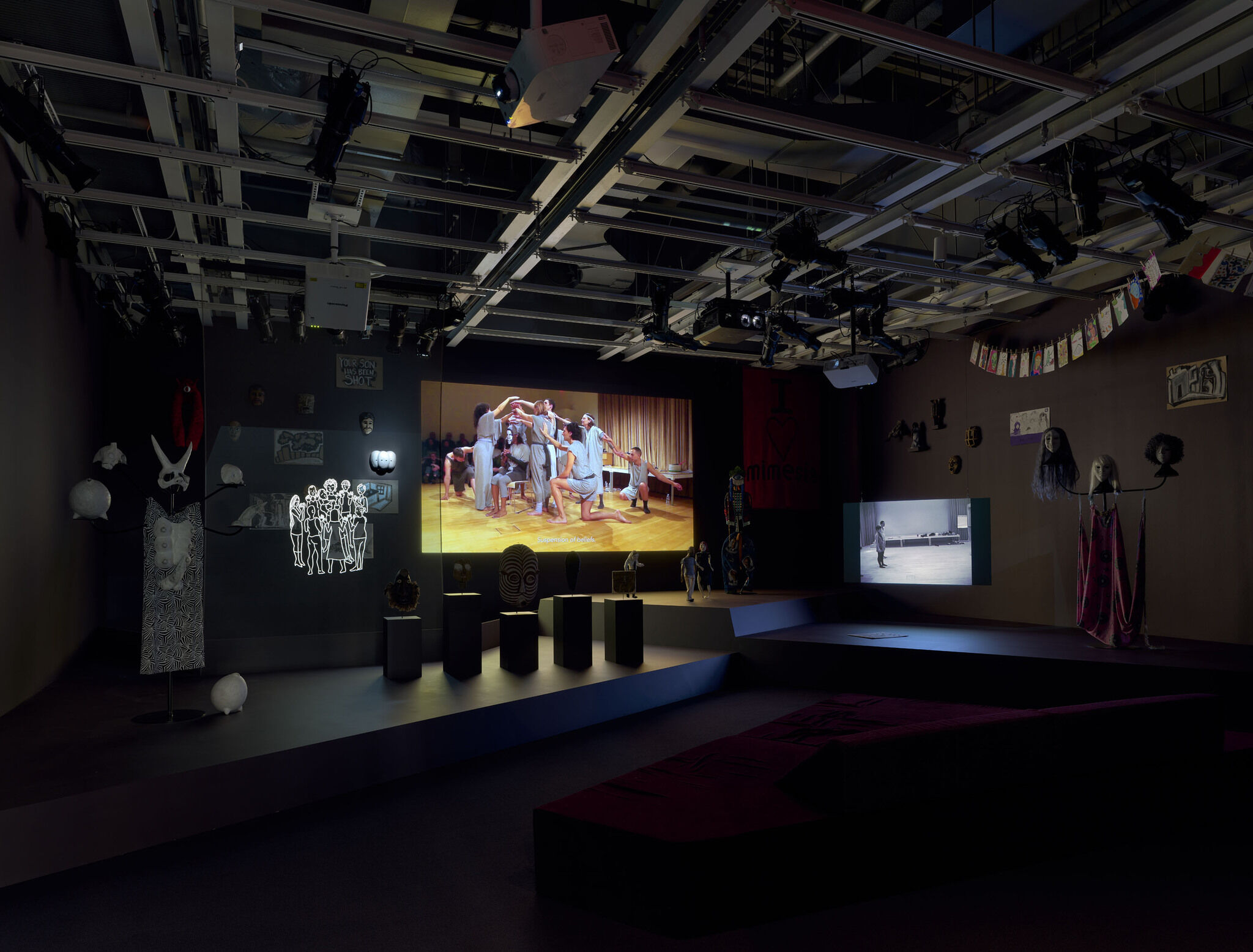 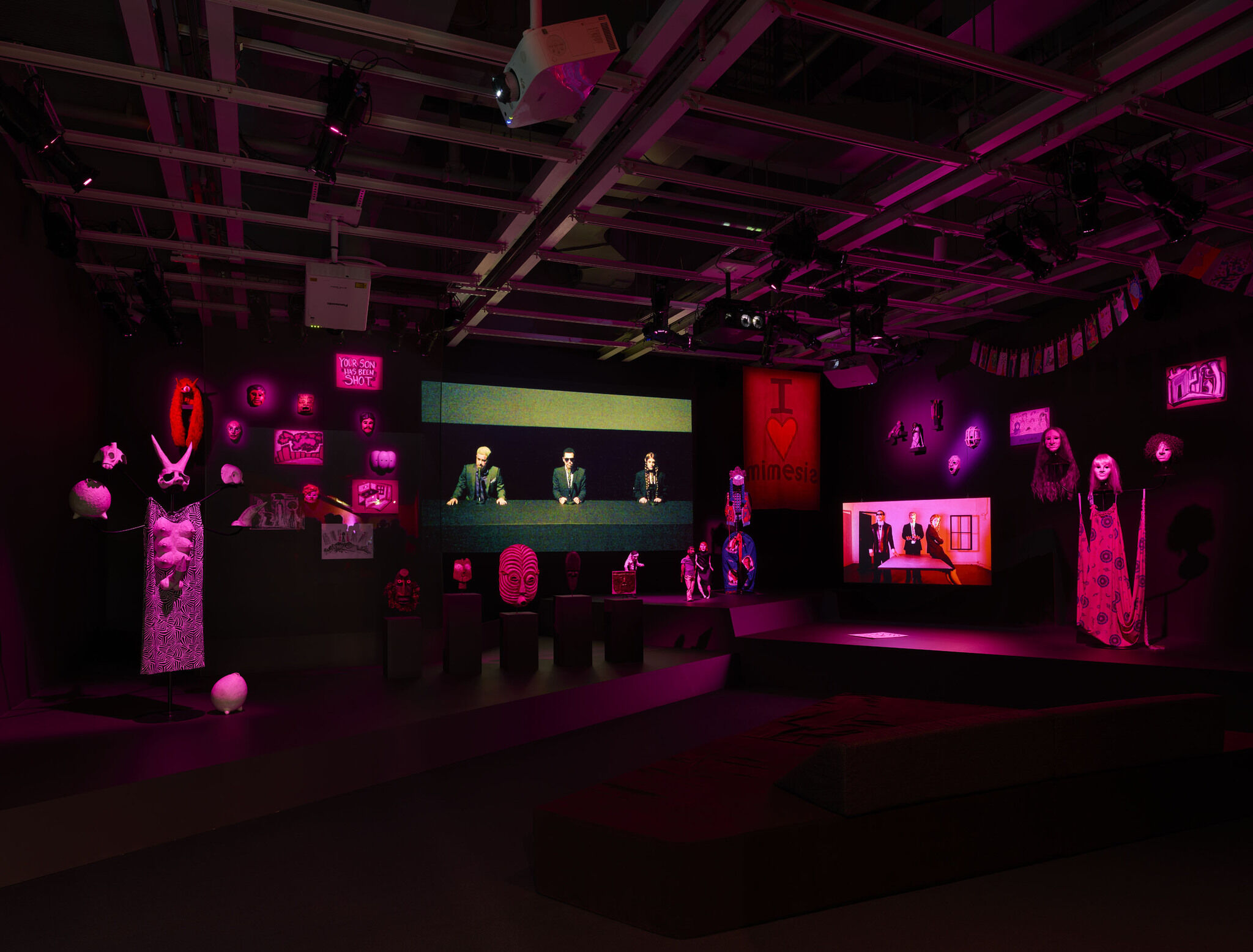 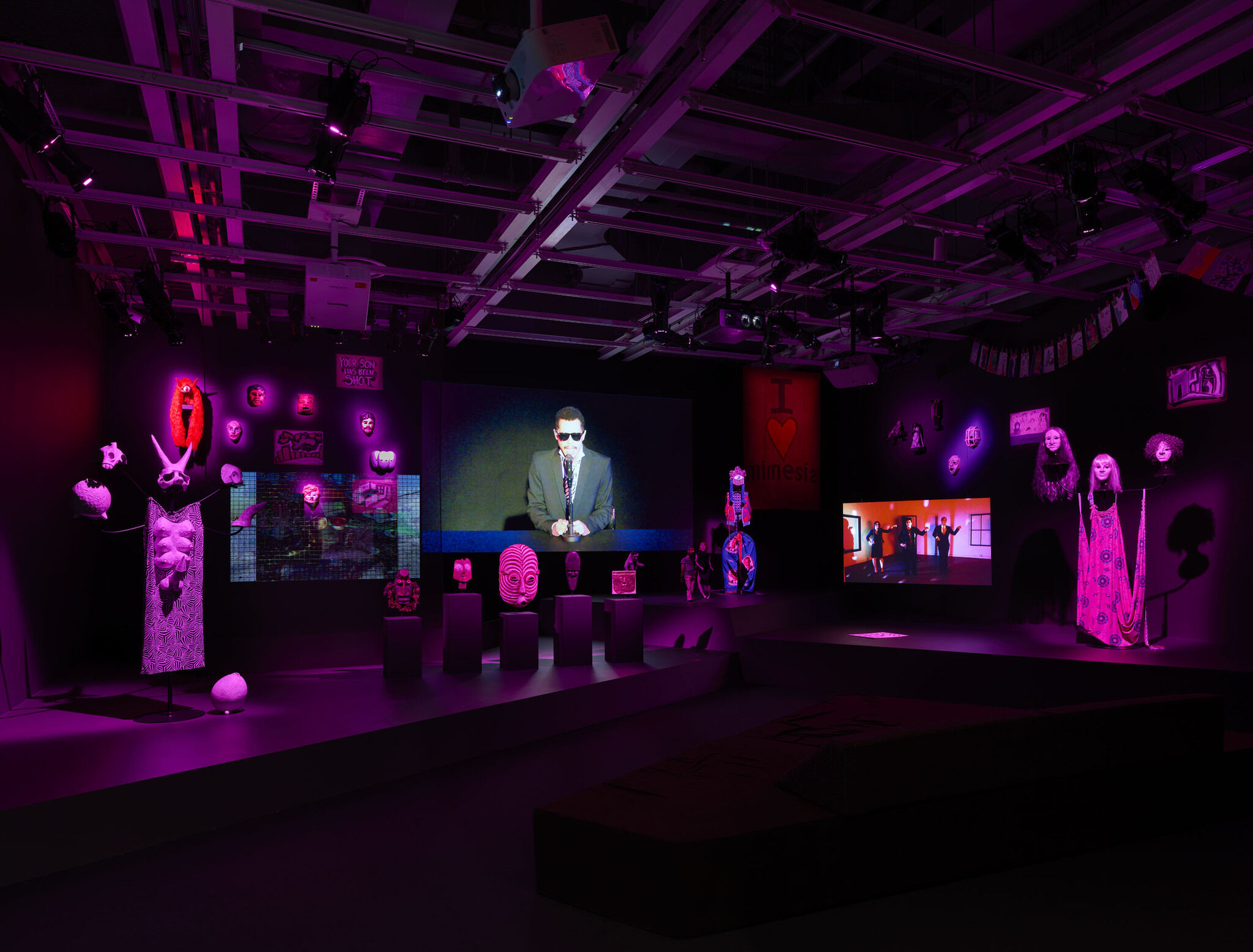 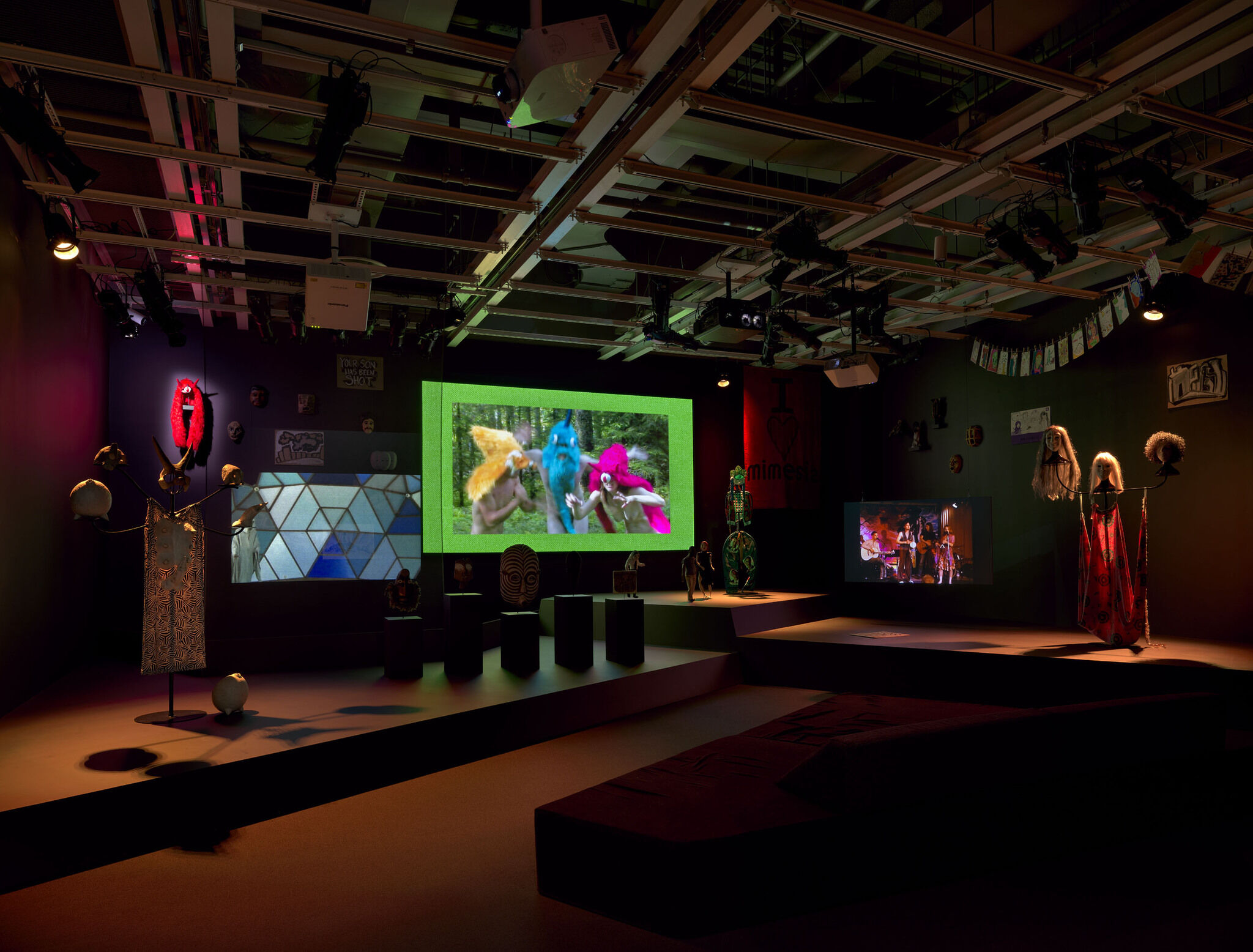 The first monographic publication on the art collective My Barbarian (Malik Gaines, Jade Gordon, and Alexandro Segade) offers new insights into the work of this singular group of performers. My Barbarian has used performance to theatricalize social issues, adapting narratives from modern plays, historical texts, and mass media; this volume accompanies a major retrospective celebrating the group’s twentieth anniversary.

An overview essay relates their work’s formal qualities to several historical moments over this span: the club era following September 11, 2001; postcolonial theater after the 2008 financial collapse; and political theater responding to the pressing issues of today. Other contributions read the collective’s output through a lens of queer and other critical theory, and contextualize it within the twenty-first-century experimental performance scene. A richly illustrated visual chronology features texts on each of My Barbarian’s past works written by the artists. Performances and video works are re-created using stills alongside photos, drawings, scripts, and personal materials drawn from the artists’ archives, many never previously published.