Jill Mulleady:
We Wither Time into a Coil of Fright

In We Wither Time into a Coil of Fright, artist Jill Mulleady presents a surreal landscape populated by multiple figures in a scene she has described as a sort of “dance.” Though the figures are clustered close to one another by the riverbank, they appear disconnected—even self-absorbed. Suggesting that contemporary life is simultaneously hyper-connected and ultimately isolating, Mulleady heightens this dynamic through the lush, natural surroundings present in the scene. Without the protection and surveillance of the built environment, are these figures more free, more vulnerable, or both? Through her moody use of color, Mulleady further emphasizes this notion of existential isolation, an idea that she has revisited repeatedly in her work and sees as prevalent in this era of digital technology and the ubiquitous smartphone.

Mulleady (b. 1980) lives and works in Los Angeles and is perhaps best known for her representational painting—frequently large-scale—that combines real and invented subject matter, while often reflecting on the history of painting. A recent cycle of paintings references the work of Norwegian painter Edvard Munch, using this as a creative springboard for her surreal world-making, and ultimately proposing the possibility of the co-existence of multiple temporalities in a single composition. Combining this nod to history with decidedly contemporary references, Mulleady acknowledges the acute realities of our current world with what she sees as a moment plagued by both vulnerability and angst.

Organized by the Whitney in partnership with TF Cornerstone and High Line Art, We Wither Time into a Coil of Fright is the ninth work in a series of public art installations that has featured works by key American artists, including Njideka Akunyili Crosby (2015–2016), Do Ho Suh (2017–2018), and Christine Sun Kim (2018).

Jill Mulleady: We Wither Time into a Coil of Fright is organized by Jane Panetta, curator and director of the collection.

Jill Mulleady: We Wither Time into a Coil of Fright is part of Outside the Box programming, which receives generous support from the Jacques and Natasha Gelman Foundation. 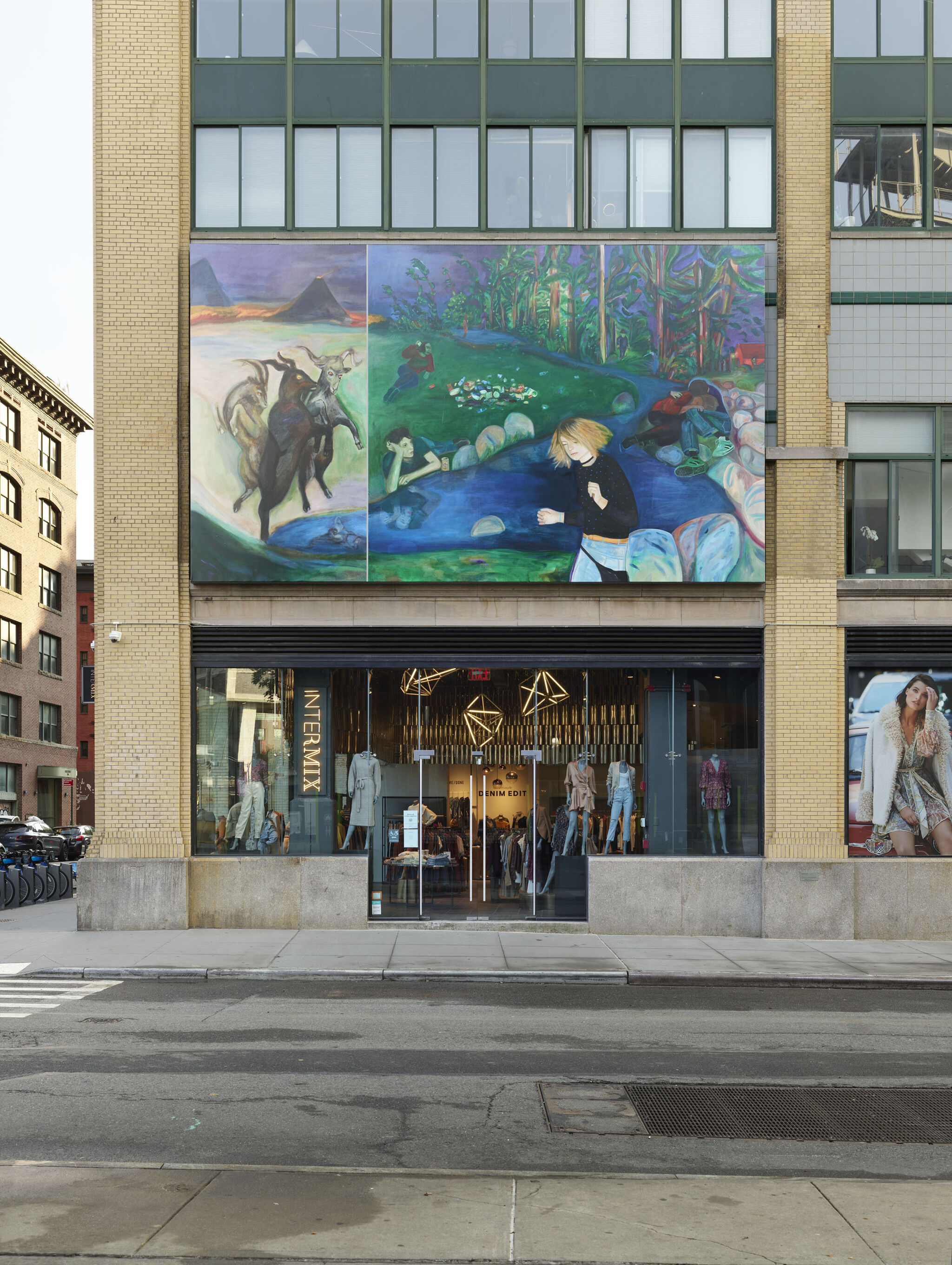 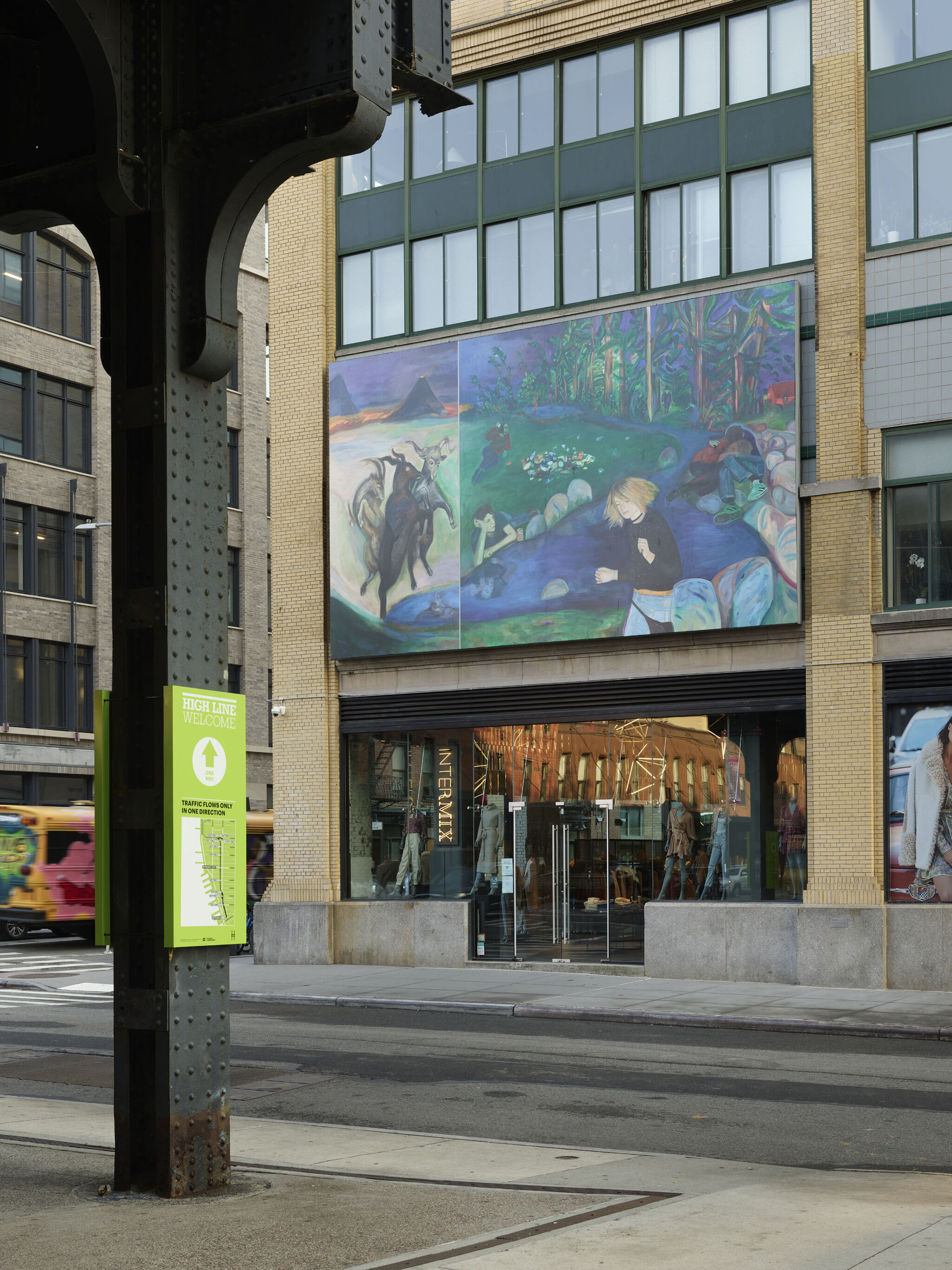 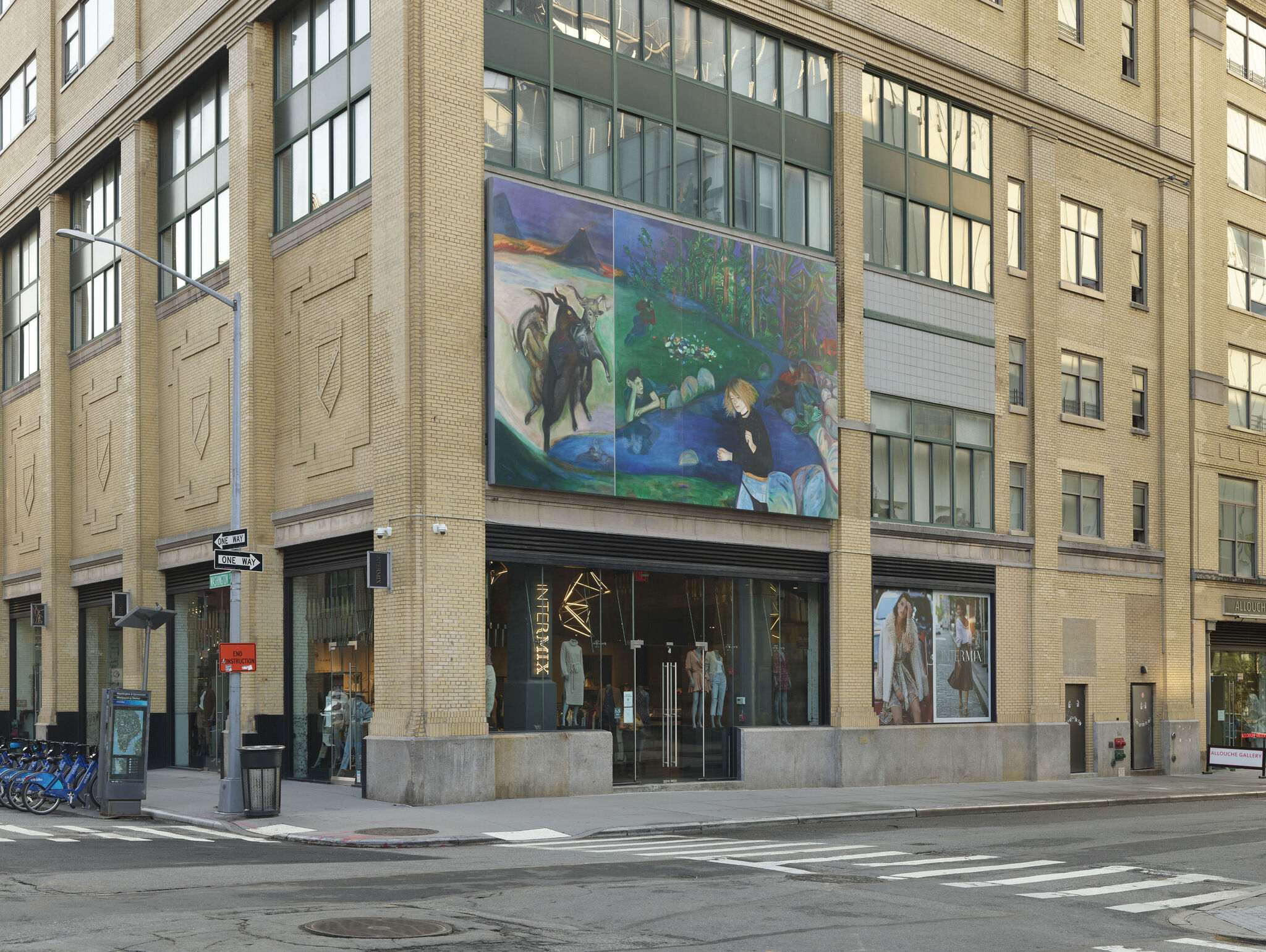