Credit line
Whitney Museum of American Art, New York; purchase, with funds from the Drawing Committee and the Contemporary Painting and Sculpture Committee

For all of its graphic austerity, the subject of BCCI, ICIC & FAB is scandal. The drawing concerns, in part, a money-laundering operation of the 1980s involving an Arab bank headquartered in London. Here, as in his other drawings, Lombardi’s ethereal, web-like drawing diagrams patterns of collusion between corporate and governmental bodies, organized crime, and other illicit organizations. As described by Lombardi himself, BCCI “was used not only by drug dealers and con men but also by the governments of the U.S., U.K., Saudi Arabia and the Gulf Arab states to funnel support to Afghan guerrillas fighting Soviet occupation, to pay off friends and adversaries alike and conduct secret arms sales to Iran.” After researching this nexus of spurious affiliation in the public record, Lombardi began the drawing as a series of rough pencil sketches before proceeding to a larger, more precise version. Circles on the drawing identify the scheme’s main participants, while linear notations indicate their often dubious connections. BCCI, ICIC & FAB has the text-based look of much Conceptual art and specifically recalls the reporting style of Conceptual artist Hans Haacke. As Lombardi’s fact-finding was an ongoing process, however, and the scandals that he researched were often unresolved, his drawings retain an open-ended quality.

Part of a portfolio: 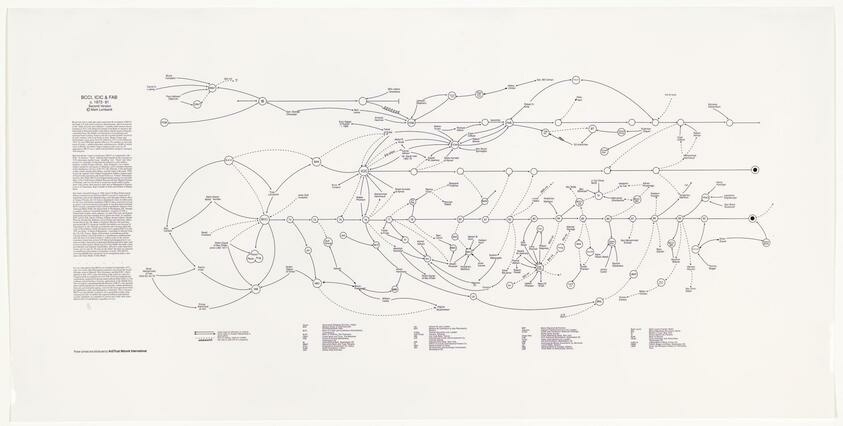 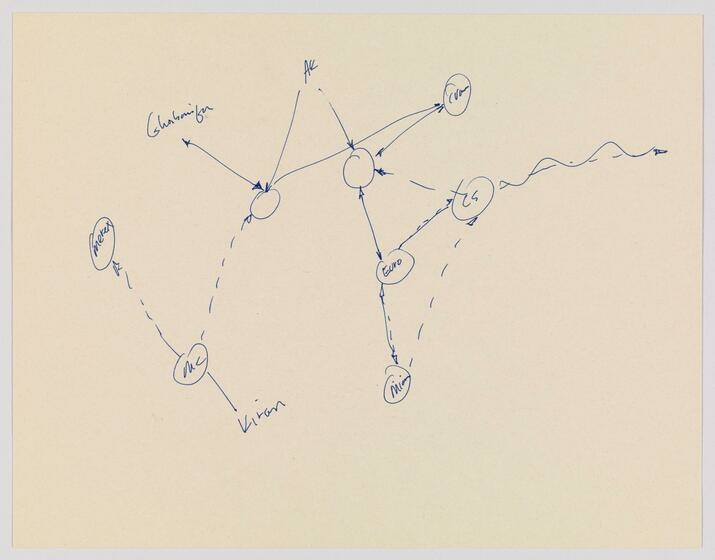 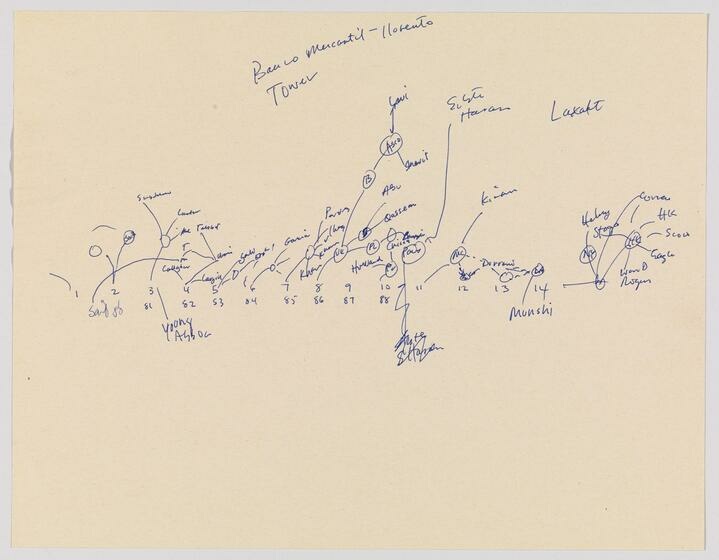 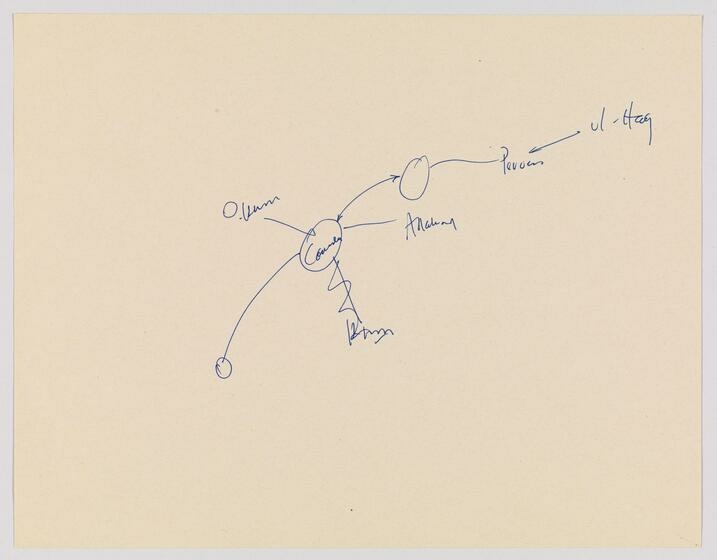 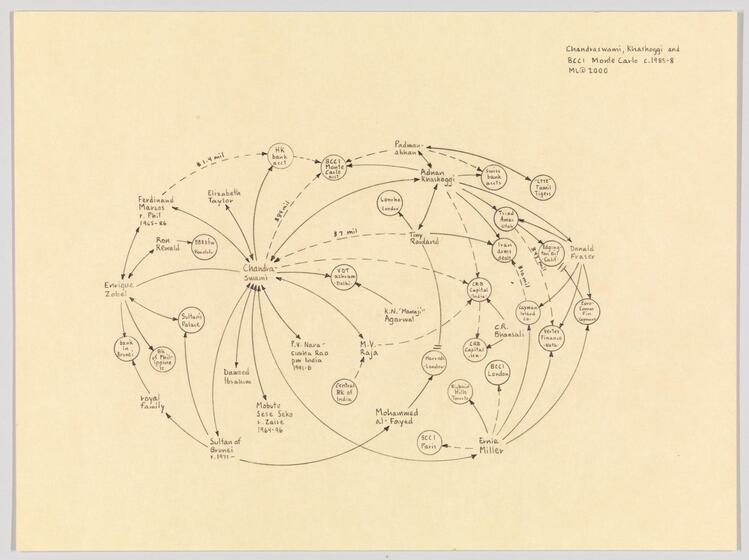 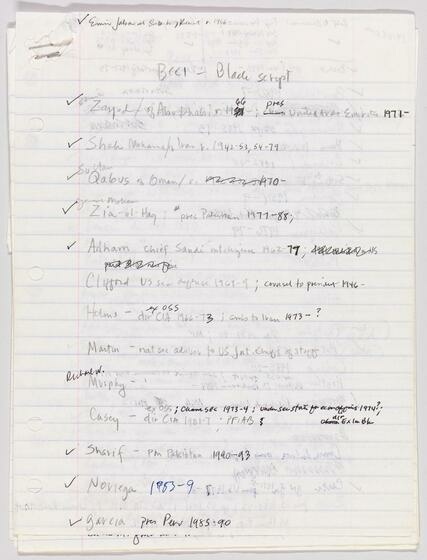 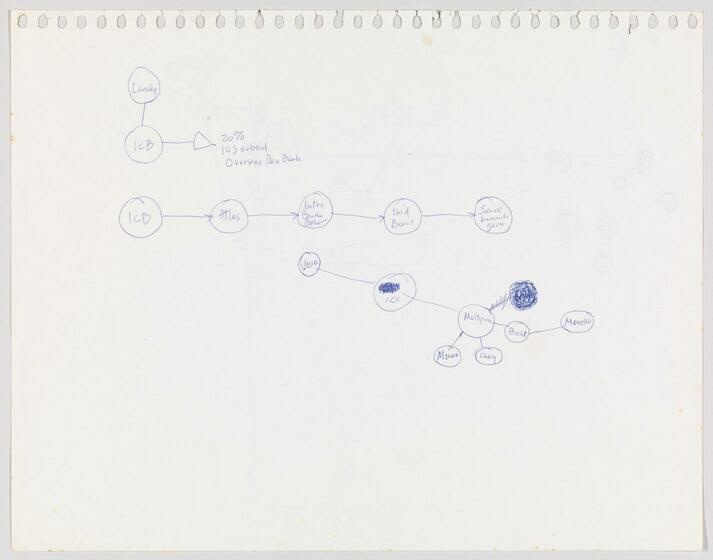