For T. J. Wilcox: In the Air, the New York-based artist has created a remarkable new panoramic film installation, which fills most of the second floor of the Whitney Museum of American Art. Here Wilcox revisits the “cinema in-the-round” panoramic presentations that appeared at the dawn of film history in the late 19th century, bringing the concept up to date with state-of-the-art technology to create an immersive cinematic environment.

Wilcox’s work is characterized by a fascination with personal narrative and the ways in which history is always under construction, woven from fact, myth, memory, associations, and the bombardment of information we all receive on a moment-to-moment basis. Shot from Wilcox’s studio with its 360-degree views of Manhattan from high above Union Square, In the Air tells New York-specific narratives related to the spectacular views seen through the artist’s windows: an architect’s vision of the Empire State Building as the landing site for trans-Atlantic zeppelins; Andy Warhol’s welcoming the pope-mobile with a flurry of silver Mylar balloons; the life in the spotlight of artist, starlet, and heiress Gloria Vanderbilt; and the mesmerizing Manhattanhenge, the phenomenon that occurs when the sun sinks slowly at the Western edge of East-West city streets with perfect precision, creating a magical effect within the canyon-like walls of the city’s grid.

As Wilcox has said, “I like my film and video work to appear as the visible record of my own journey through our saturated mediated age, highlighting those things that have held my attention and captured my imagination. Just as our perception of a present is a hybrid of personal memory, historical record, family lore, political, social, national, and artistic histories and mythologies, film and video provide the page upon which I make a collage of the ideas I hold most dear.”

The exhibition also features related pieces selected by Wilcox from the Museum’s permanent collection, including works by Morgan Fisher, Felix Gonzalez-Torres, and Yoko Ono, as well as a film and video series devoted to ways artists have viewed the cityscape of New York.

T. J. Wilcox: In the Air is organized by Chrissie Iles, Anne and Joel Ehrenkranz Curator.

Generous support is provided by the Daniel and Pamella DeVos Foundation and the National Committee of the Whitney Museum of American Art. 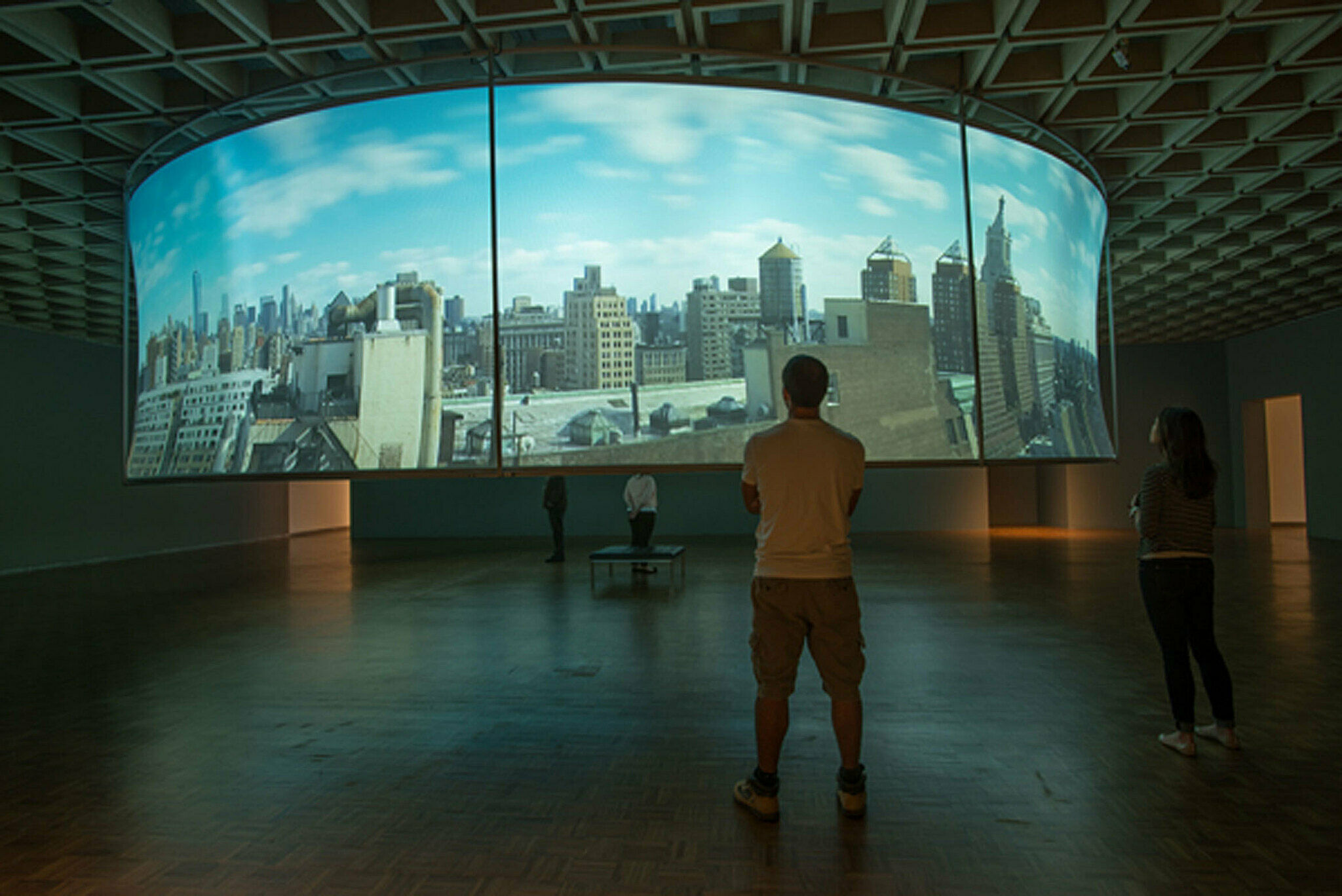 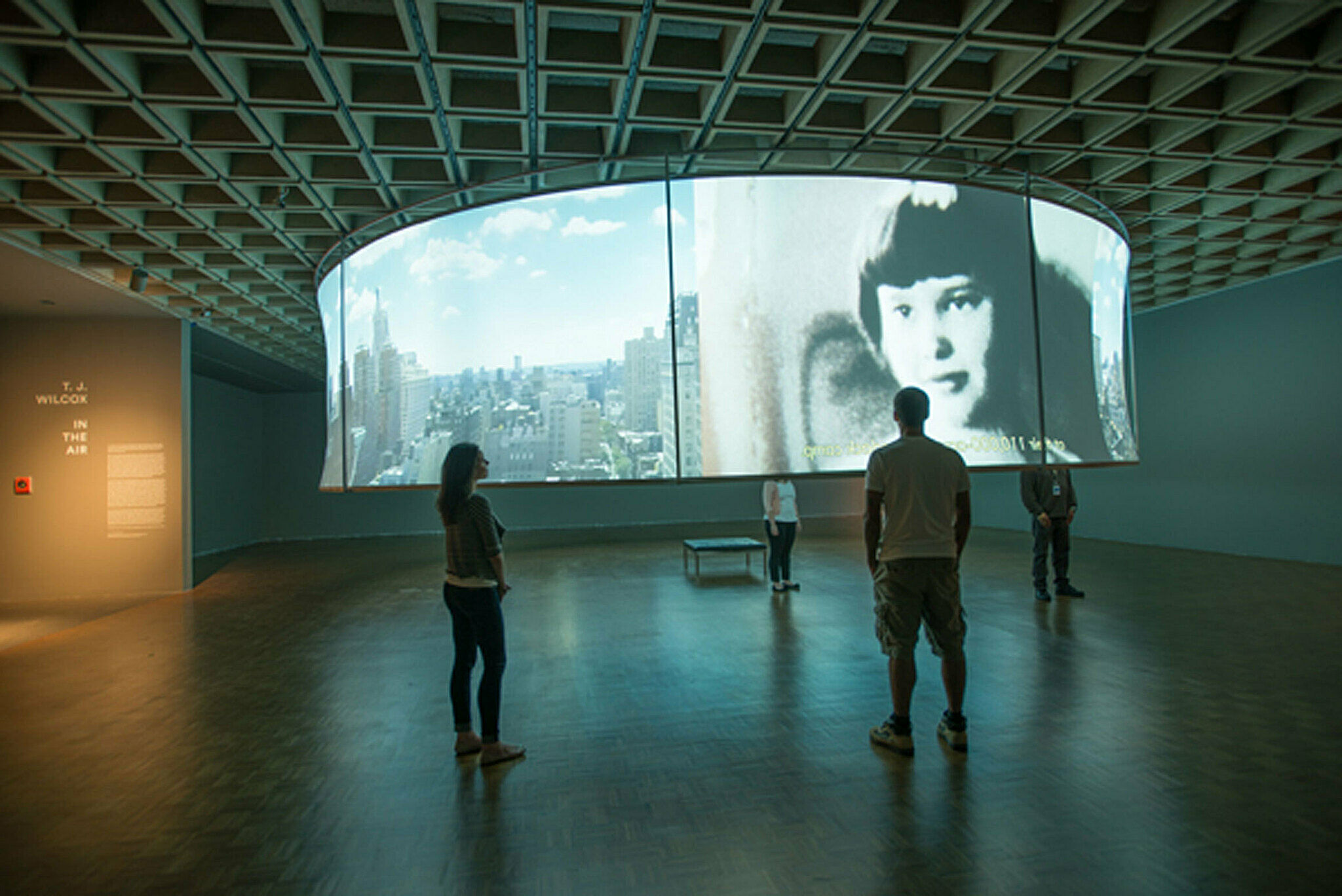 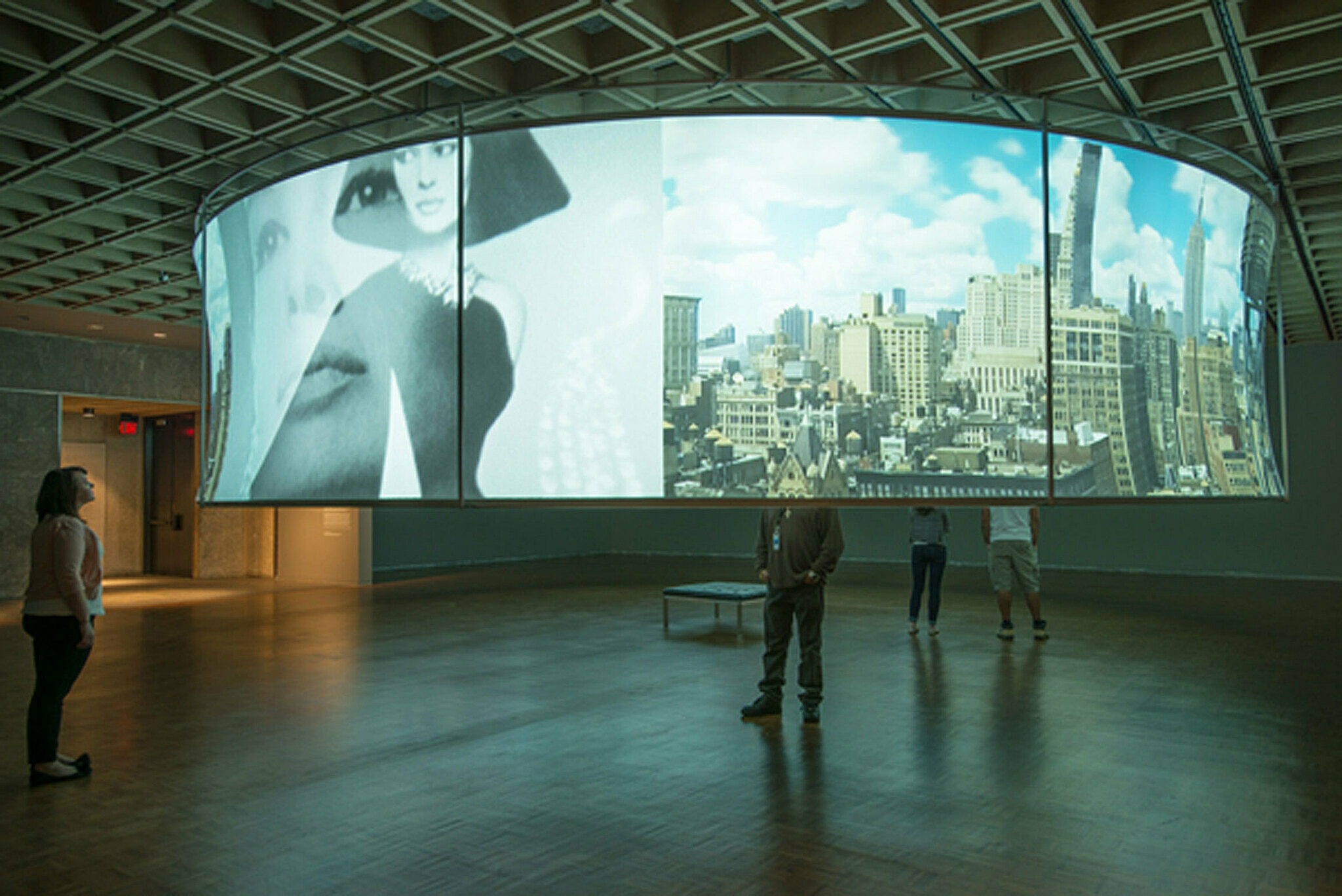 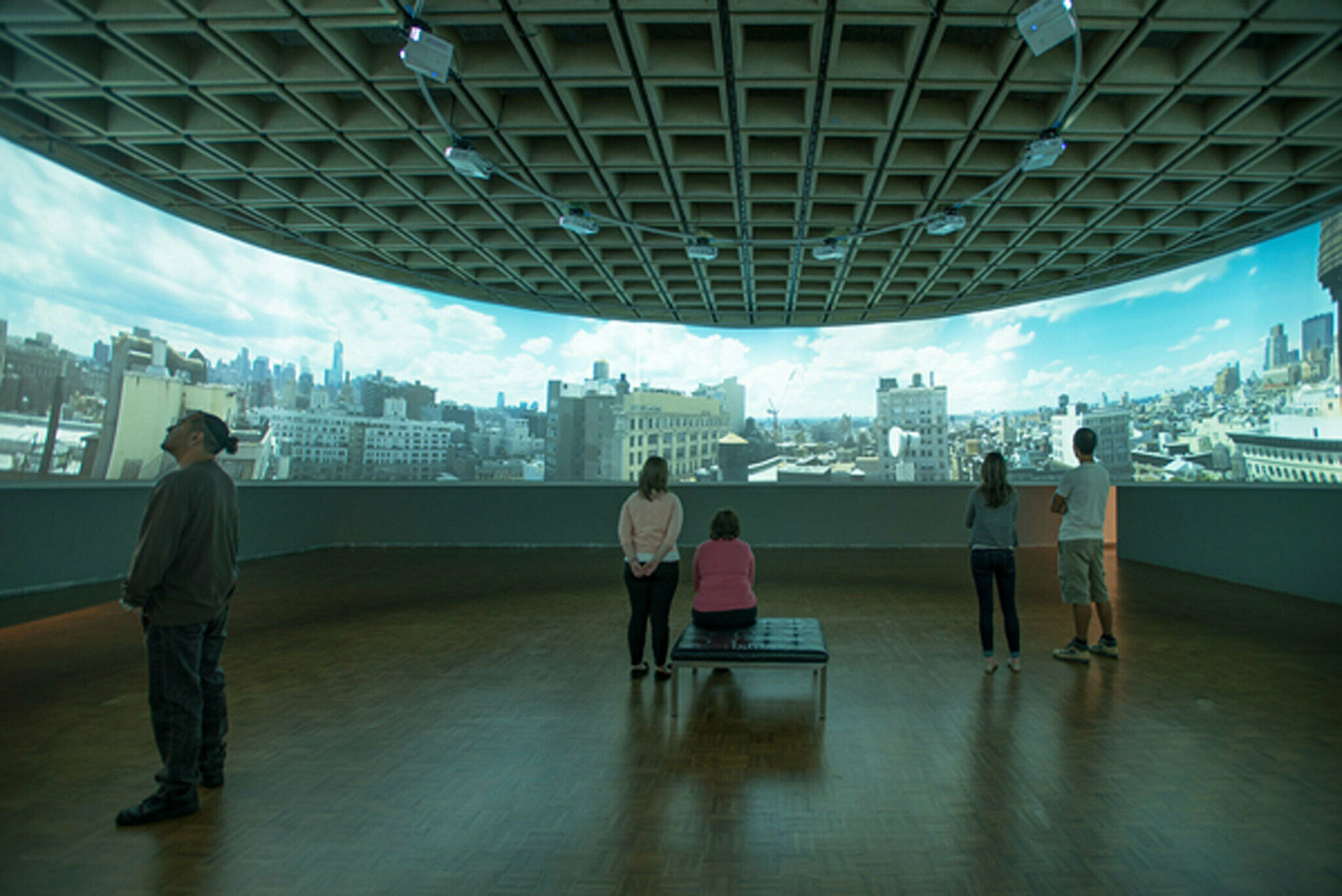 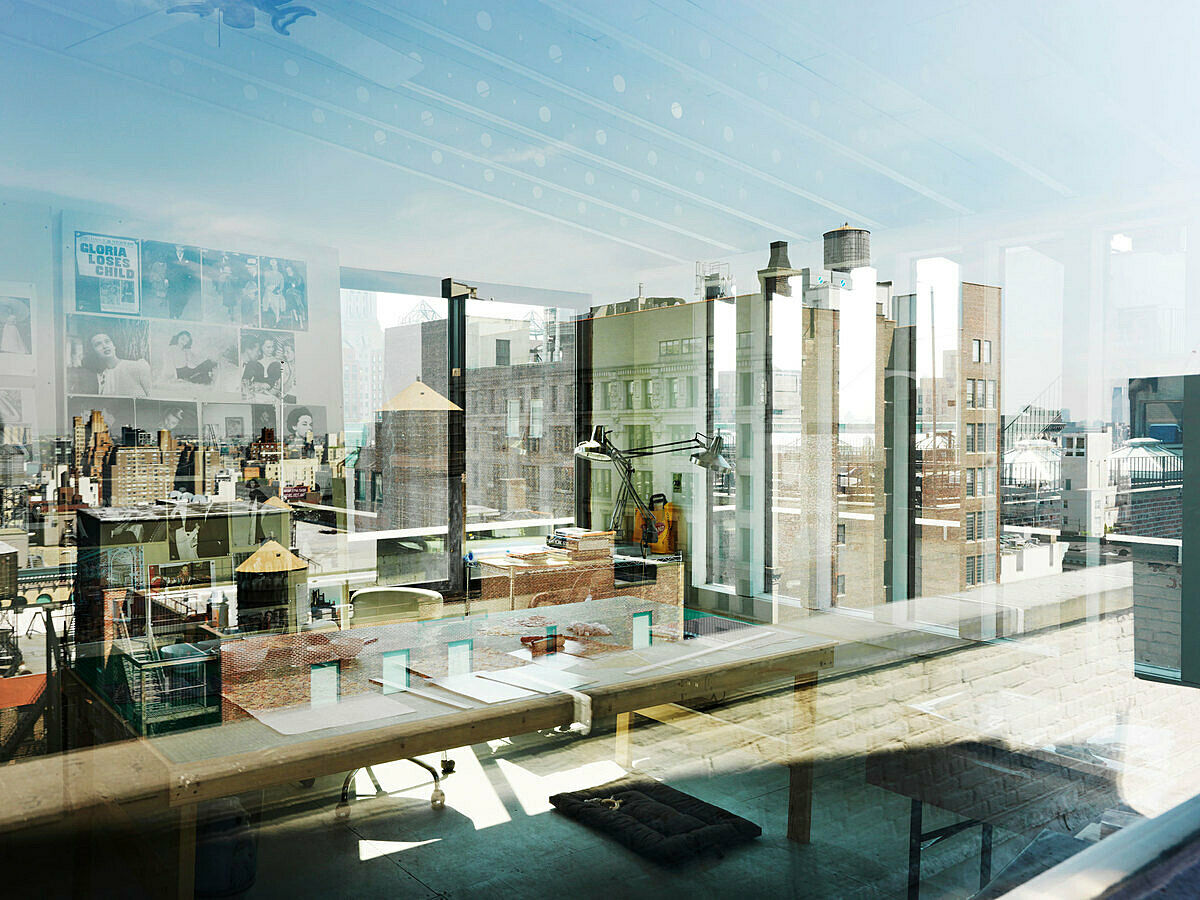 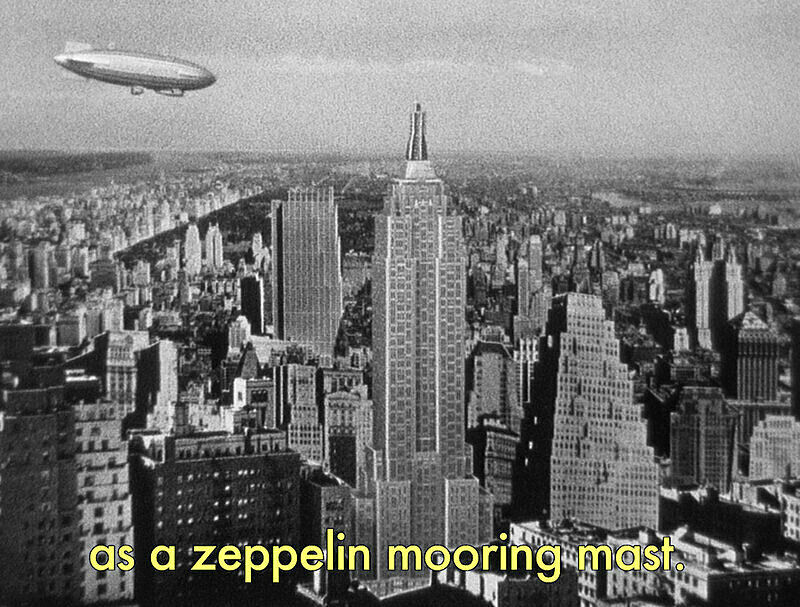 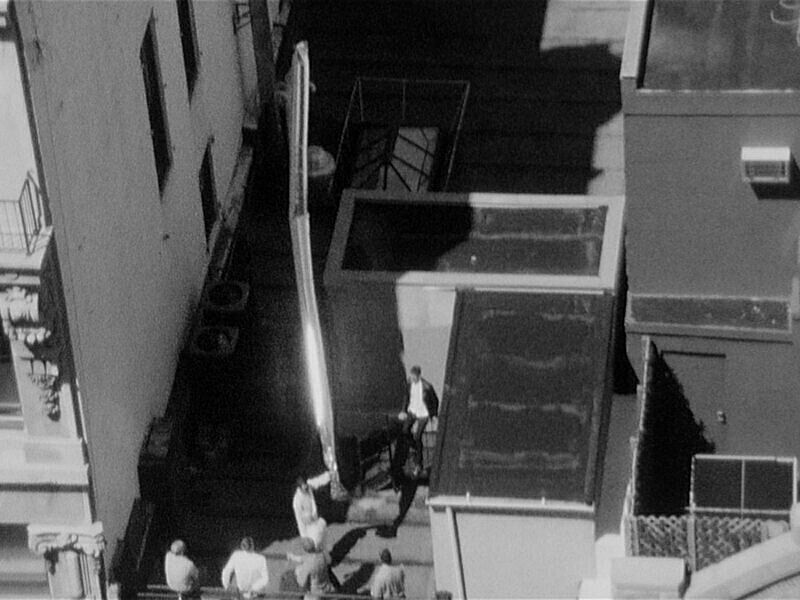 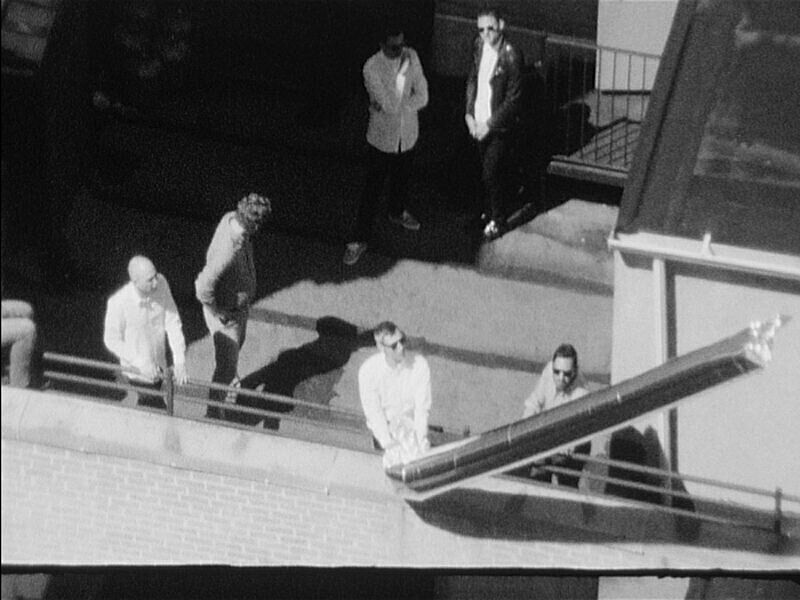 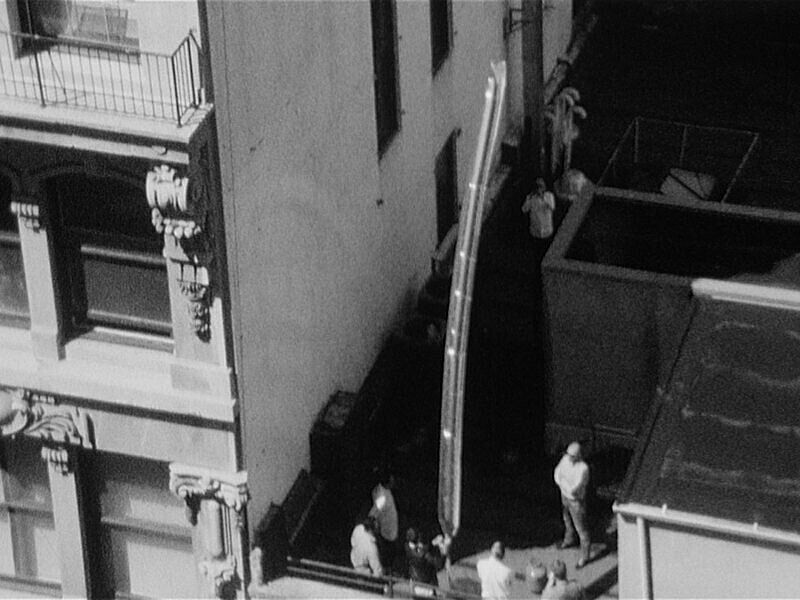 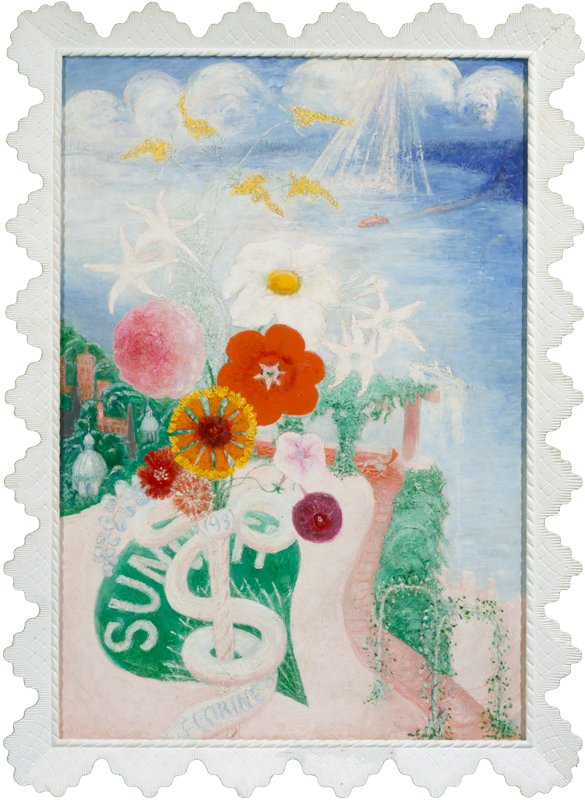 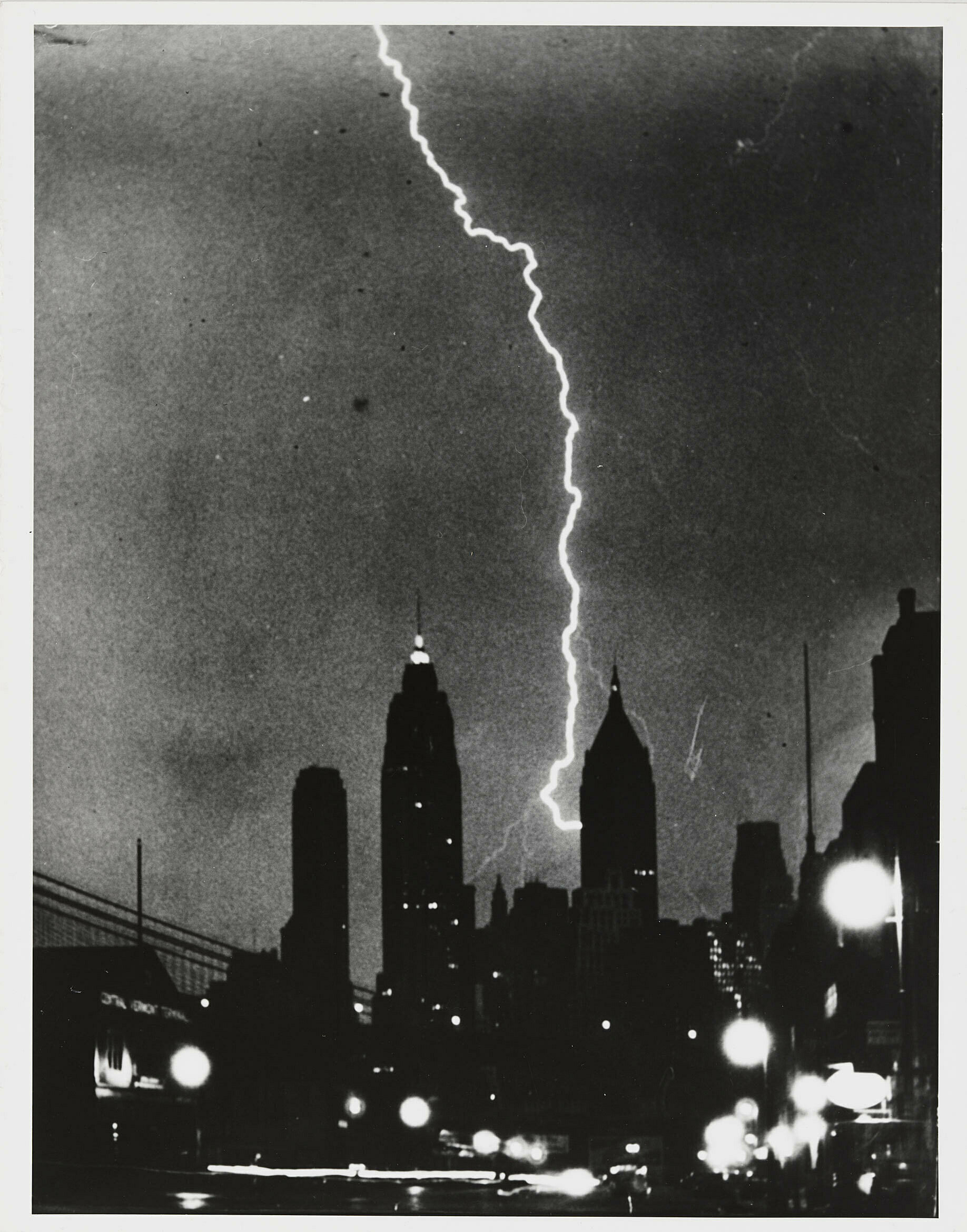 "An homage to our town’s creativity and the Manhattanhenge sunset, not to be missed and maybe never to be forgotten."
—New York Magazine

"[In the Air] ranks as one of the most important, most moving artworks ever made about New York."
—Gallerist

"In the Air, T. J. Wilcox’s dazzling panoramic film installation at the Whitney Museum, is an ode to New York and to film, and to their mutually enhancing entwining."
—The New York Times

"Wilcox . . . is one of the rare artists working today who manages to merge fact with fiction, the highly personal with the historic."
—Interview Magazine

"The themes that the tales touch on are familiar—loss, change, wonder—but, as with any great work of art, Wilcox makes them feel wholly new."
—New Yorker

"Sunrise to Sunset: T. J. Wilcox talks to Kirsty Bell about his latest video project, In the Air"
—Frieze

"A call to narrow in on individual locations in the city and consider their personal and historical significances, their resonances both past and present."
—The Atlantic Wire

"A stunning portrait of a city as the locus of humanity's creative genius."
—Architizer.com

“In the Air: New York in the Round"
—Artinfo

“The combination of the sights outside [T. J. Wilcox’s] windows and the memories they conjured inspired his most ambitious project: In the Air, a panoramic film chronicling a single September day.”
—The New York Times