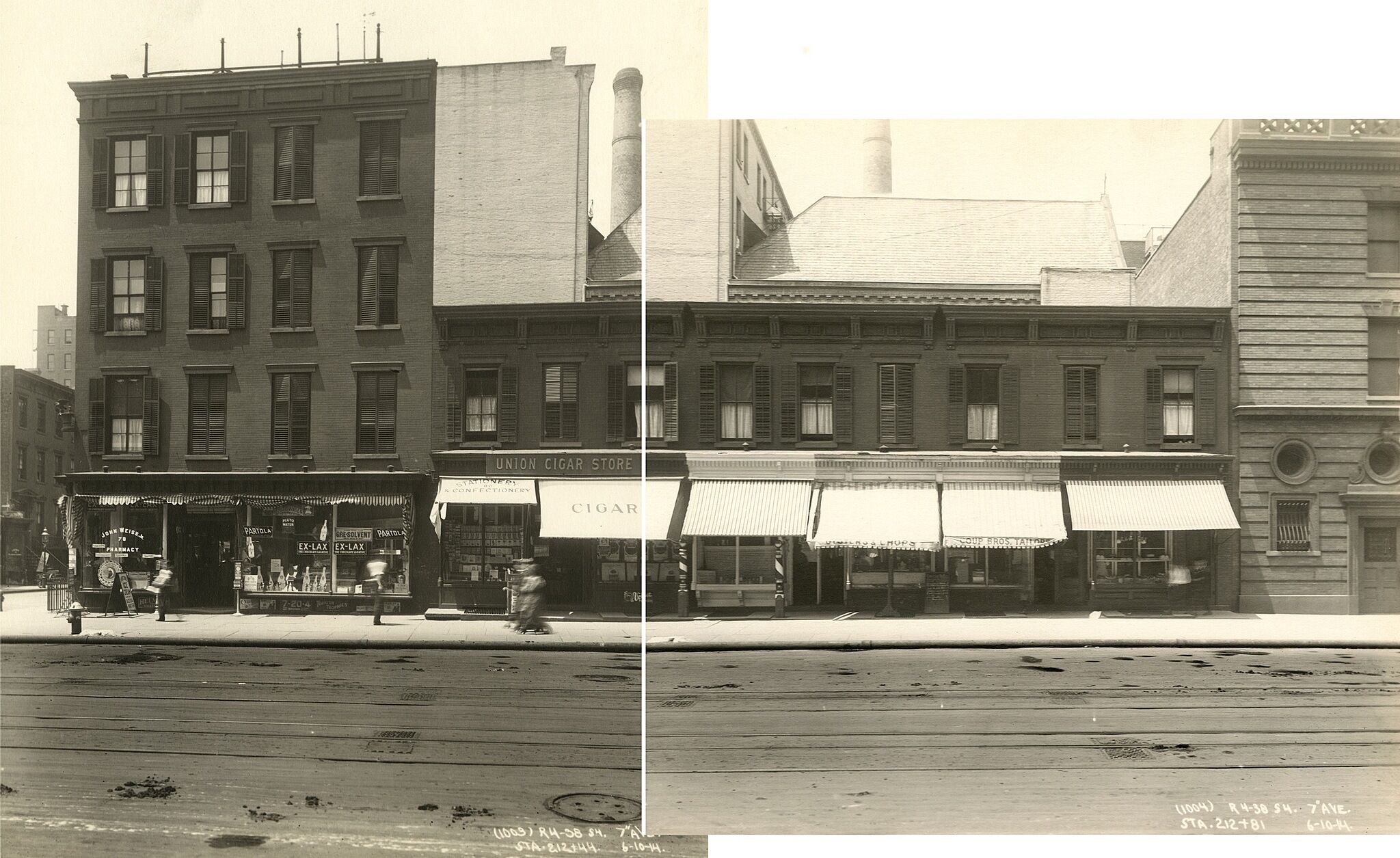 Carter Foster: Early Sunday Morning was significant for this exhibition because in doing early research, I was able to identify the building that Hopper was looking at that inspired the painting, through old photographs.

Narrator: You can see one of those photographs on your screen.

Carter Foster: What's interesting about the painting is how Hopper both stretched out the building and condensed it the same time. It sounds paradoxical and it sort of is. But what he did was he added an extra bay, an extra window, so that sort of elongates the top of the structure. But he also added another shop opening in the bottom part, so that you get this compression. You get smaller doors and windows than were actually there.

He sets off that sense of compression with this very prominent barber pole, which I have to read as a stand-in for a human being, and perhaps a stand-in for Hopper himself, who was actually tall and, in fact, by this time, bald.

So you get this face-off between this solid, familiar but mundane building and this very brightly lit barber pole in this kind of masterful composition, perhaps of which the main subject is light and the way light plays off the built urban environment.

Narrator: One of the most important details in Early Sunday Morning is something you might not notice right away—the dark square in the upper right corner. A larger building was going up when Hopper was working on the painting. Its looming silhouette suggests the rapid urbanization and modernization that was transforming the city.

To hear more about Early Sunday Morning and its relationship to Nighthawks—the other painting in this room—please tap your screen.