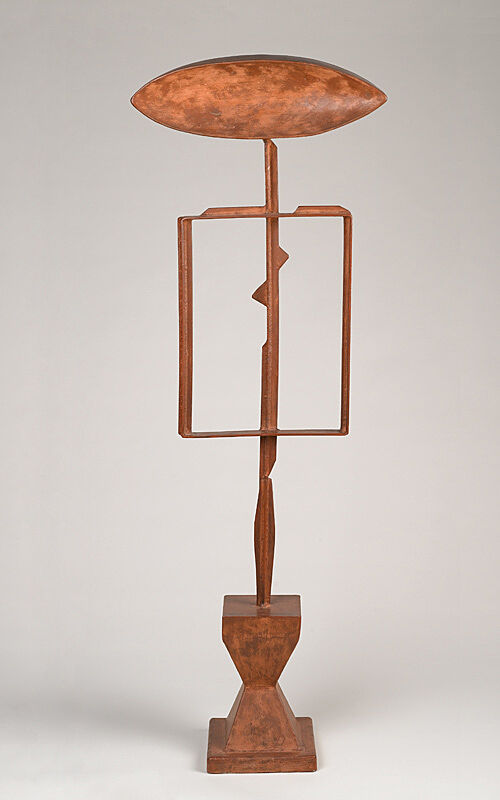 Michael Brenson: One of the first things one could say about it is that although this sculpture is called The Hero, it's one of the least heroic images of a human figure imaginable.

Michael Brenson: It's disproportioned. The interior of the body seems to be completely exposed. The spine of the body seems barely enough to support the huge head on top of it.
Then beyond that you've got this odd little bend in the neck on which the head is supported, almost as if it's supported on the point of a pin. So it looks like if you pushed against that head it would start spinning around.

That's not untypical of Smith, not uncharacteristic, and a particular way in which he began to play, I think, with the notion of authority. So he would build these sculptures up that seemed like emblems or signs of authority. And yet, at the same time, the power seems to be, almost on some level, taken away.