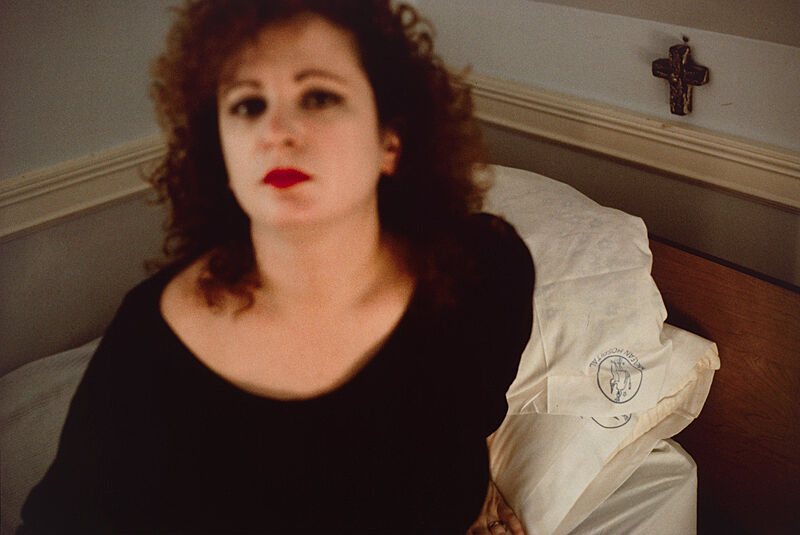 Narrator: In this self-portrait, the photographer Nan Goldin sits on her bed at a rehab clinic for drug and alcohol addiction. Her face is blurred, but her hand is sharply defined, clutching a pillow marked with an institutional logo. Goldin’s bright flash casts a harsh light on the scene, draining the image of color—except for her red lips. The cramped composition, barely able to contain her figure, creates a feeling of claustrophobia, and Goldin appears uncomfortable. The image may look like a snapshot, but in fact it was carefully constructed to communicate mood and emotion.

In the 1970s, Goldin began a project of documenting the most intimate moments of her life. The photographs record herself and her friends in a chronicle of drug use, squalor, and abusive relationships. From these images she produced a landmark work, The Ballad of Sexual Dependency, a slide show with music featuring several hundred images.

Unlike traditional documentary photographers, Goldin is not an outsider looking in, so her photographs never have the distant feel of a document. She is deeply enmeshed with her subjects, and confronts them with candor and empathy—an approach she applies to herself as well.