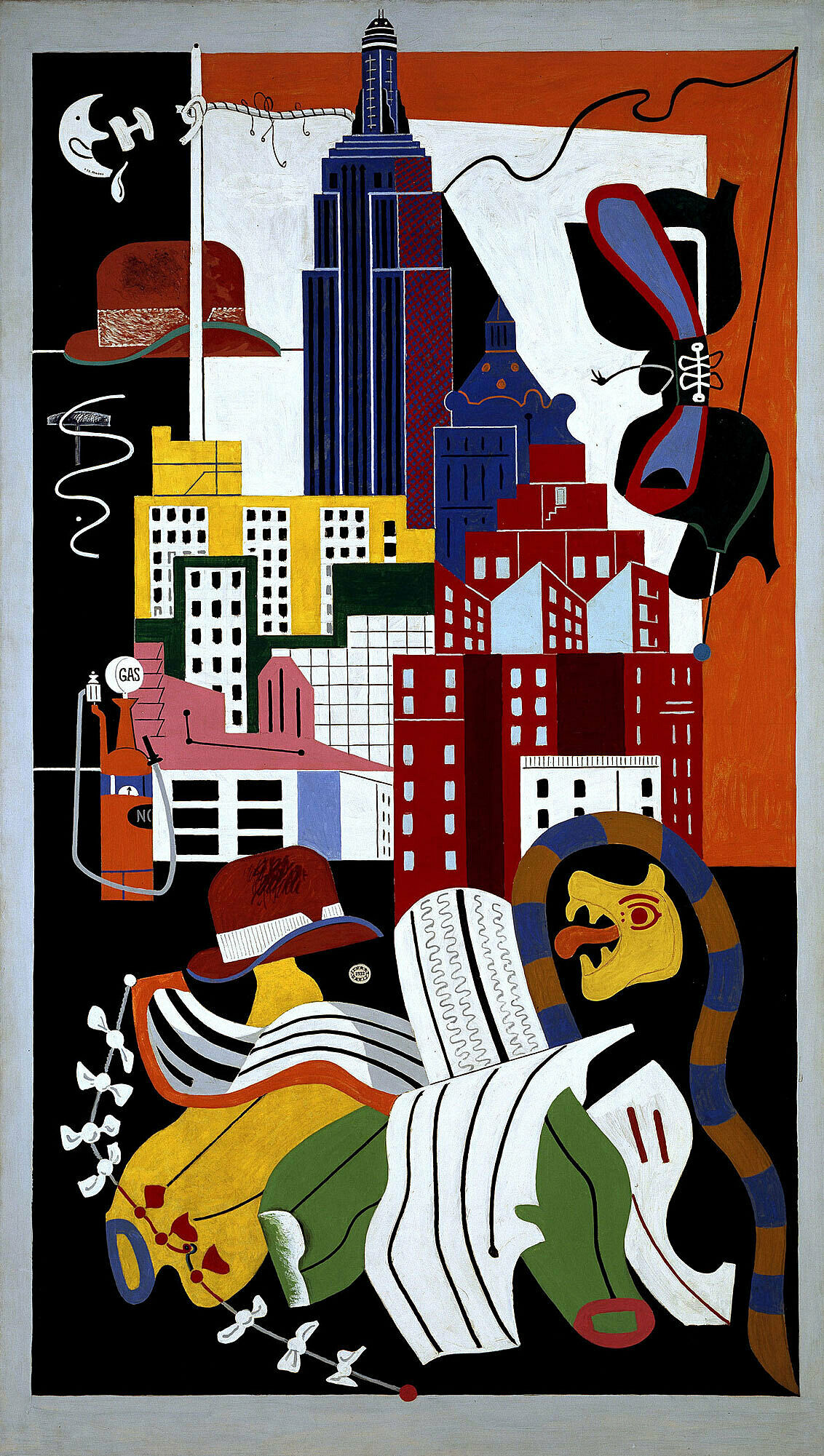 Barbara Haskell: Davis made New York Mural in response to a call from the Museum of Modern Art for a show they were doing of murals by painters and sculptors. So it was the largest painting he'd made to date. It shows New York City, but in a sense it's also an object portrait of Al Smith who was the four term governor of New York who had lost the bid for the presidency in 1928.

Narrator: Davis with a big fan of Smith, a populist who—crucially, from Davis’s perspective—opposed the Prohibition. Davis pictures objects associated with the governor: derby hats and the Empire State Building, for example. In the upper left corner, the moon throws back a glass of champagne. And a tiger with a serpent’s tail alludes to Tamany Hall, the Democratic political machine that dominated New York City Politics.

Murals were perhaps the definitive art form of the Great Depression, as government agencies hired artists to adorn public buildings and inspire a downtrodden public. Most of them portrayed grand figures in a classical style. Modernist works like this one were out of favor. Davis painted relatively little through much of the 30s. During this time he became very active in left-wing politics, especially labor organizing for artists.