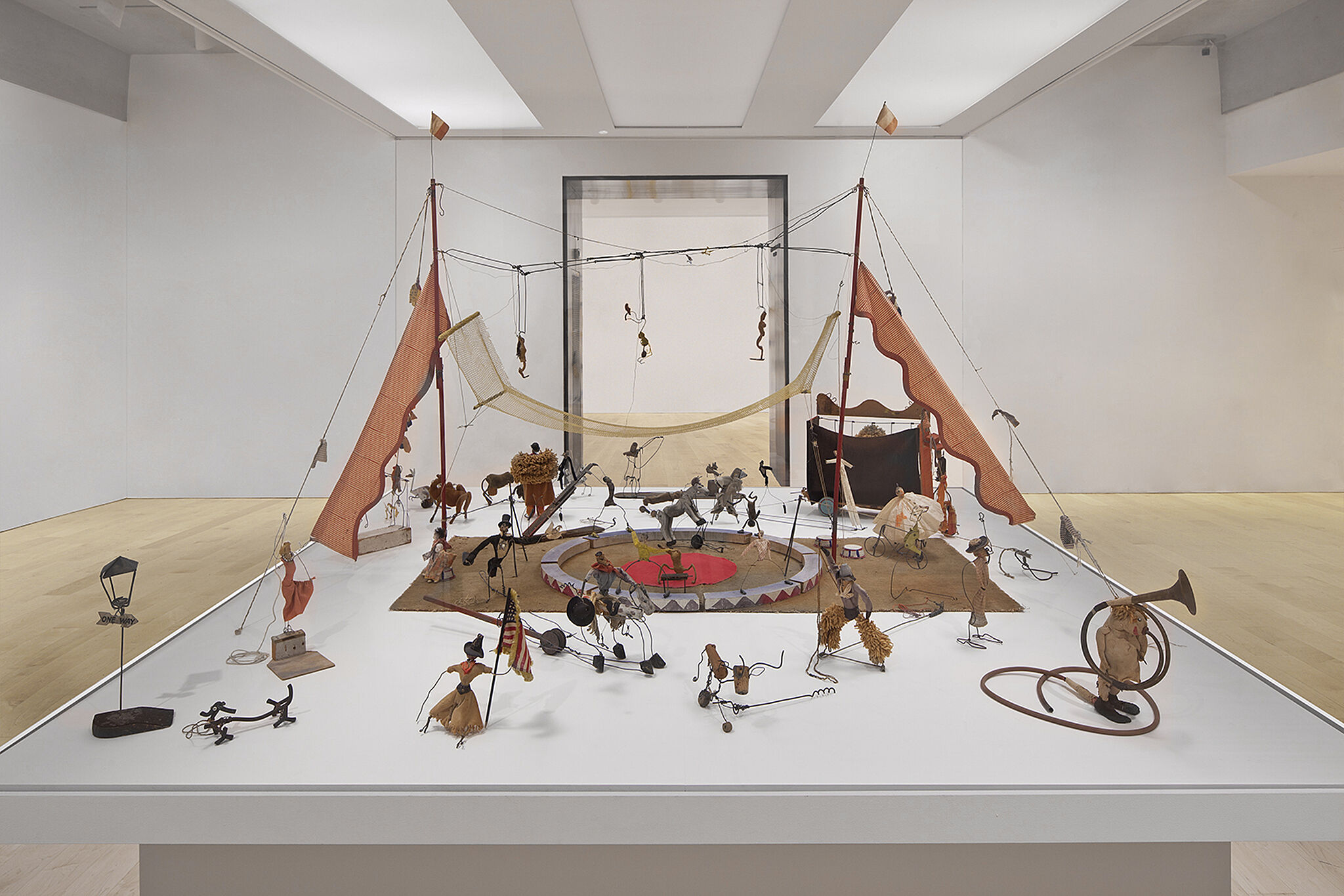 What you see here are a number of acts, each consisting of different characters—acrobats, a bearded lady, a lion tamer and his lion. When performed, Calder would manipulate the parts and figures before you—in one ring, one act at a time.

He would make bleachers from wood crates and planks; erect two tall poles for the high wire and trapeze; hand out cymbals and other noisemakers; cue up records on his gramophone and give his guests a full evening’s entertainment. It was what could be described as the first instance of performance art.

Through the Circus, Calder became good friends with an impressive list of artists, including Marcel Duchamp, Joan Miró, Fernand Léger, Edgar Varèse, Le Corbusier, and Piet Mondrian. These members of the Parisian avant-garde appreciated Calder’s love of play and spectacle—a performance of the Circus meant a very good time. But the artists were also drawn to the serious side of the Circus. Fun mixed with death and danger: the knife thrower aiming to hit a target perilously close to his favorite assistant sometimes missed—with tragic results. But Calder would use the same female figure in the next act, a clever touch his audiences appreciated.

In the first decades of the twentieth century, modernist artists across Europe were searching for ways to merge art and life, technology and design. As playful as Calder’s performance may seem, it beautifully exemplifies these avant-garde impulses. The fact that he put his objects in motion, the characteristic state of modernity, wouldn’t have been lost on any of his observers. And the individual acts were engineered with a great deal of technical skill.