This exhibition will present a diverse array of works on paper by Roy Lichtenstein (1923–1997) related to his Entablatures series from the 1970s. Inspired by the architectural facades and ornamental motifs he encountered around Wall Street and elsewhere in Lower Manhattan, the series addresses many of Lichtenstein’s central artistic themes while demonstrating a unique emphasis on texture, surface, relief, and reflectivity.

Named after the horizontal structures that sit atop the columns in Classical Greek architecture, Lichtenstein’s Entablatures represent a distinctly American derivative, one based in revivalist, industrialized architectural imitations that were built en masse in the early twentieth century. By isolating clichéd symbols of—in the artist’s words—“imperial power” and “the establishment,” Lichtenstein traces the effect of mass production and replication on cultural forms. A sustained investigation into pattern and repetition, the Entablatures also underscore the echoes of Classical order embedded within Minimalist sculpture and Color Field painting.

The first exhibition at the Whitney devoted to Lichtenstein’s work since the transformative gift of the Roy Lichtenstein Study Collection, this capsule presentation provides a focused look at a single pivotal series, highlighting the artist’s inventive processes and techniques across drawings, collages, prints, photographs, and archival materials.

This exhibition is organized by David Crane, curatorial fellow. 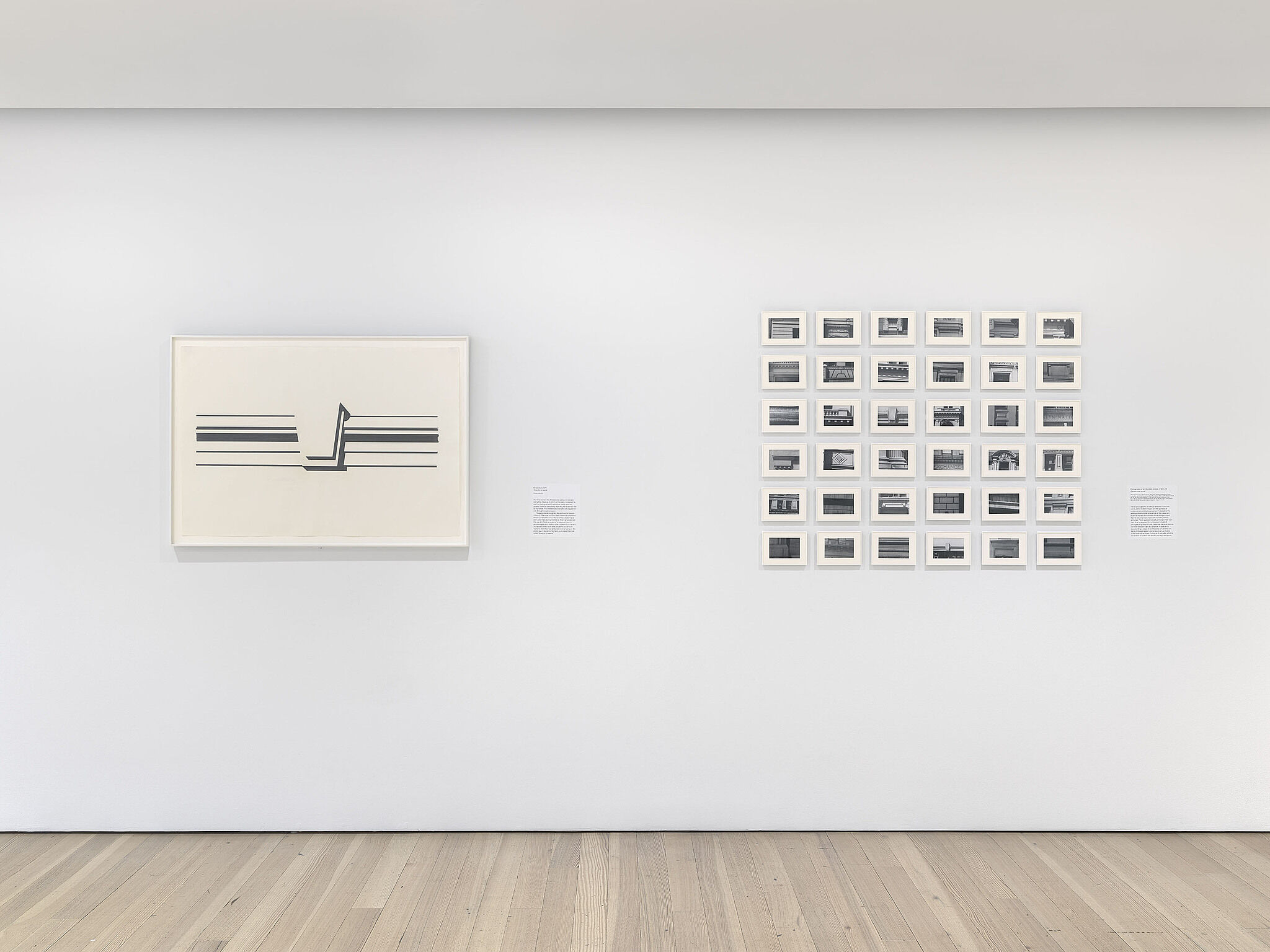 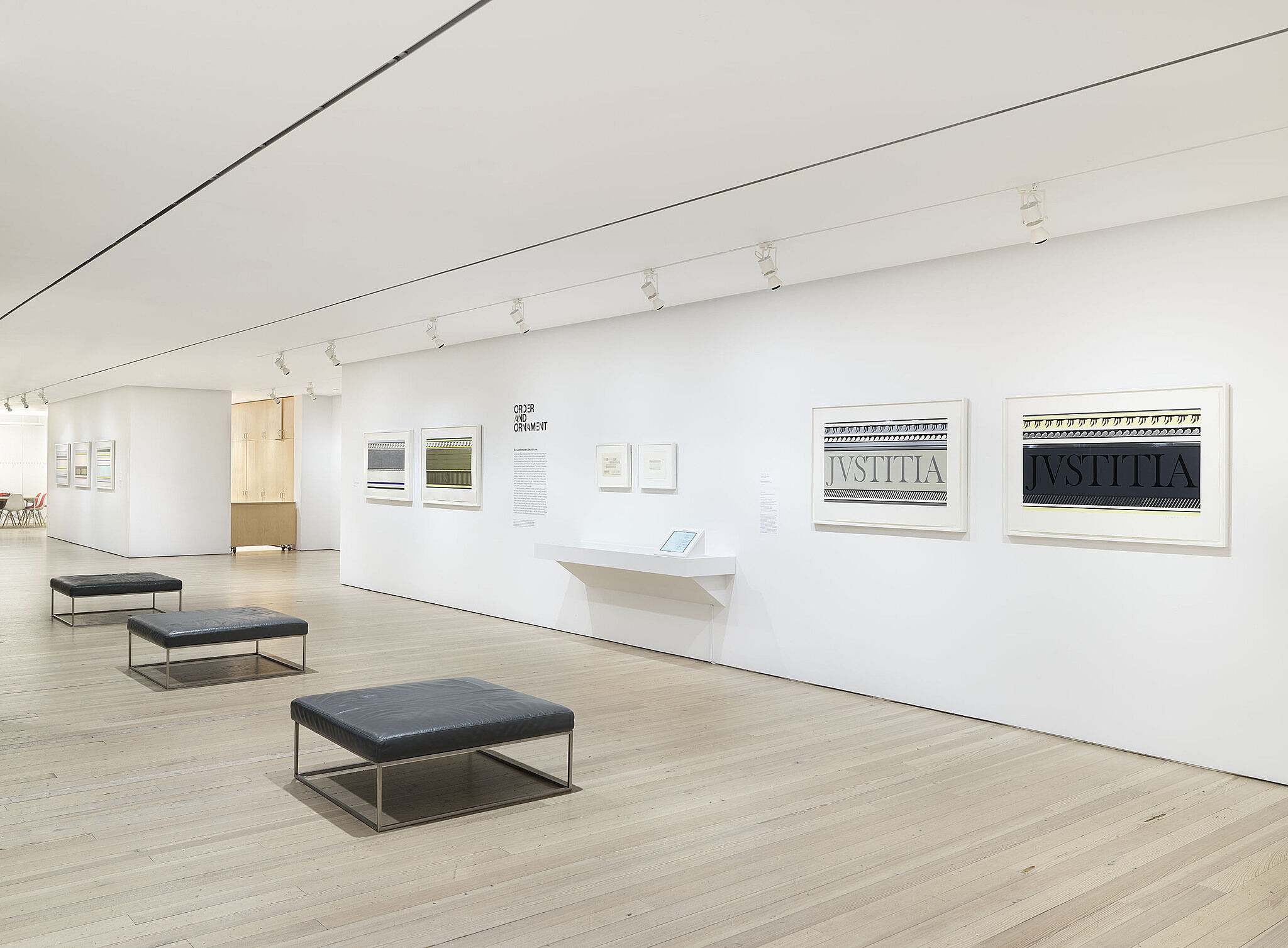 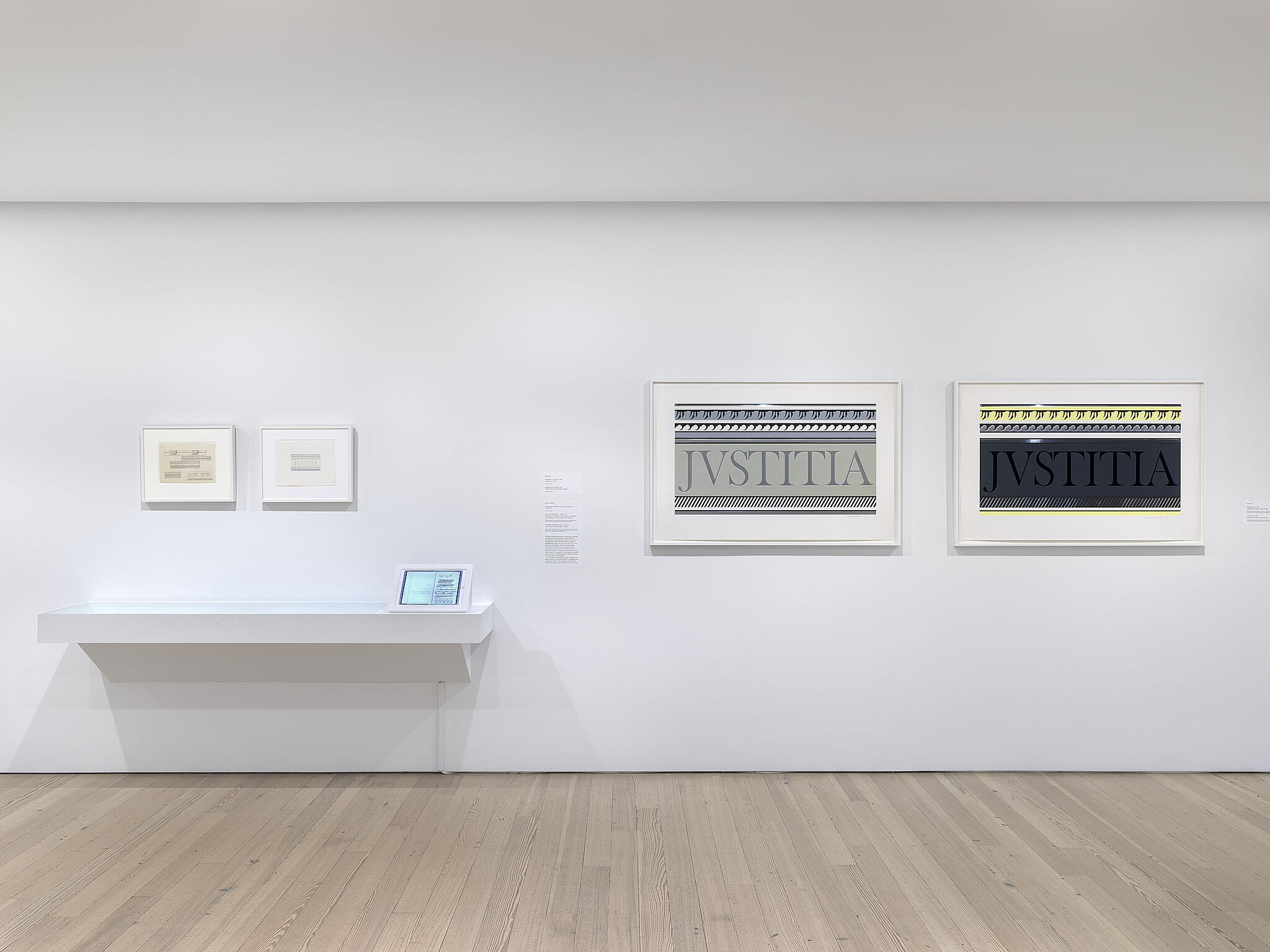 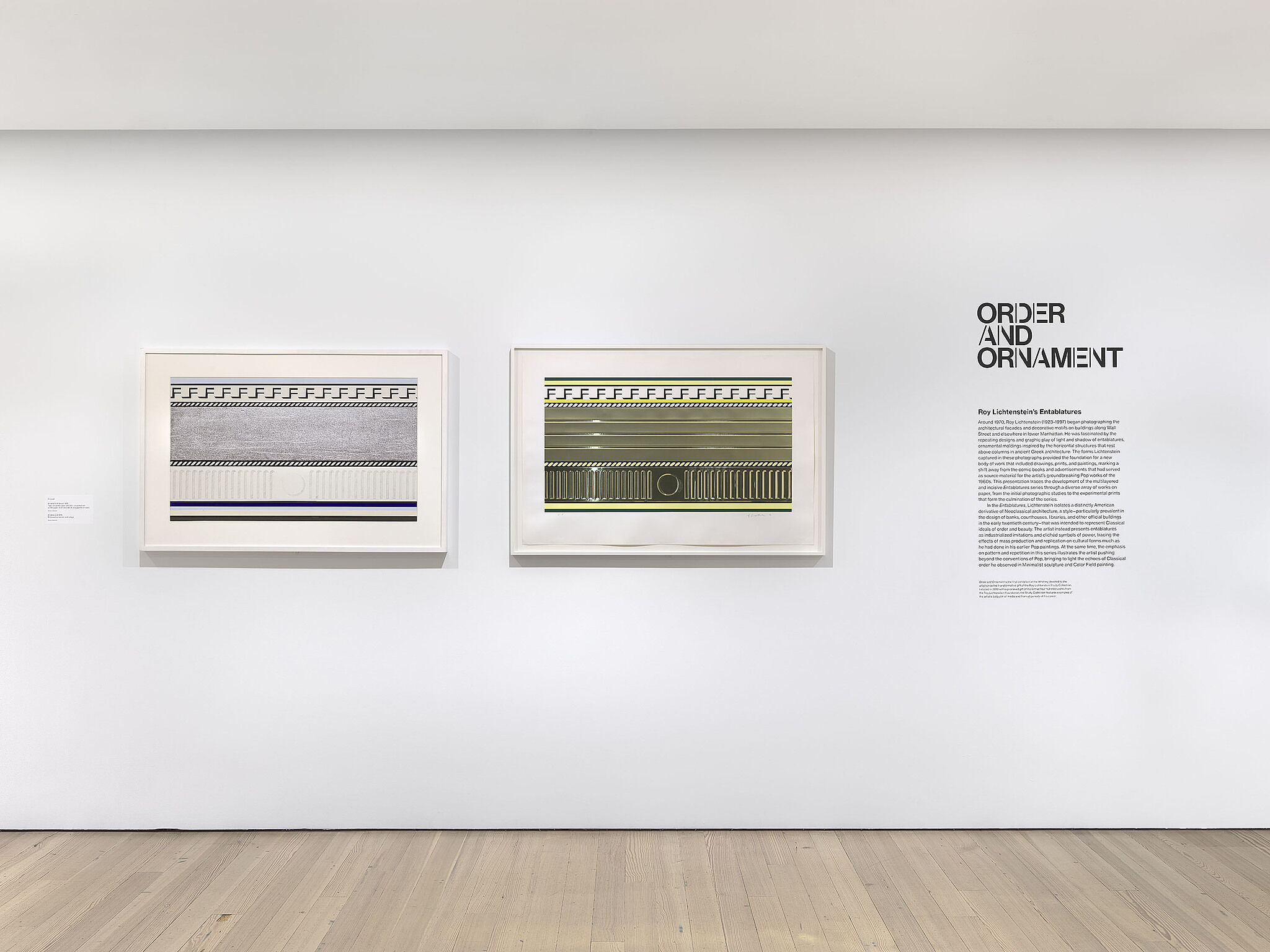 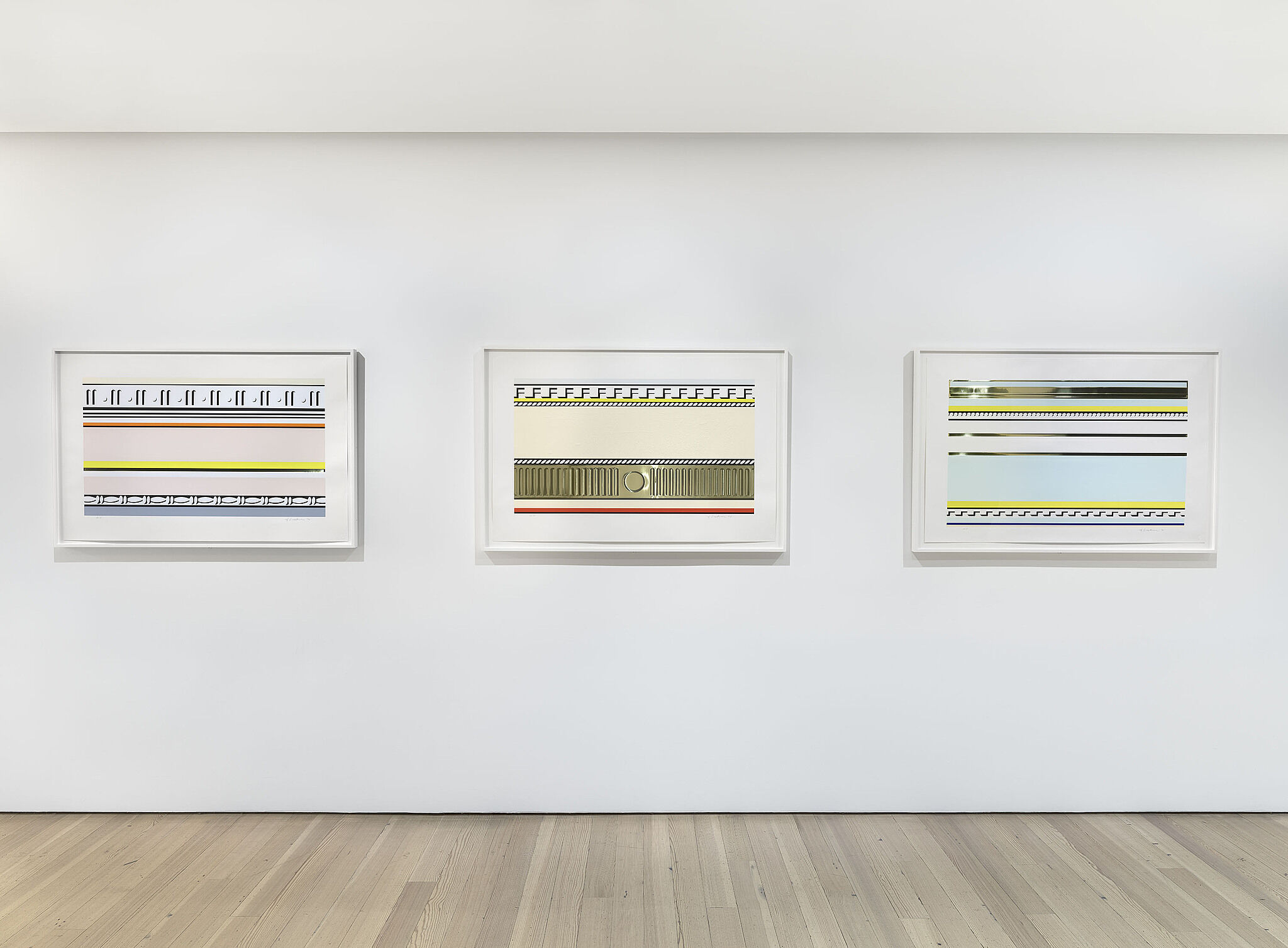 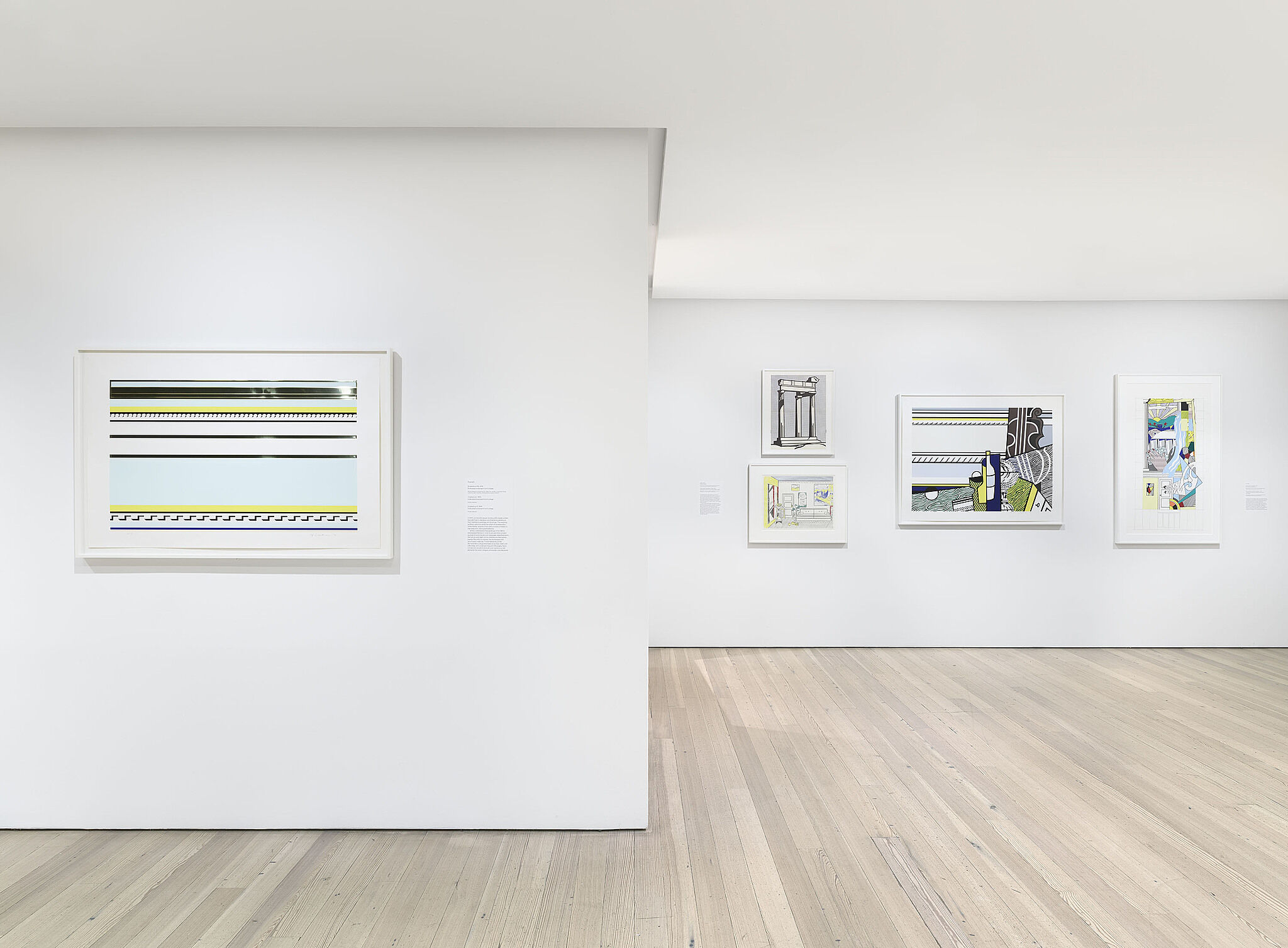 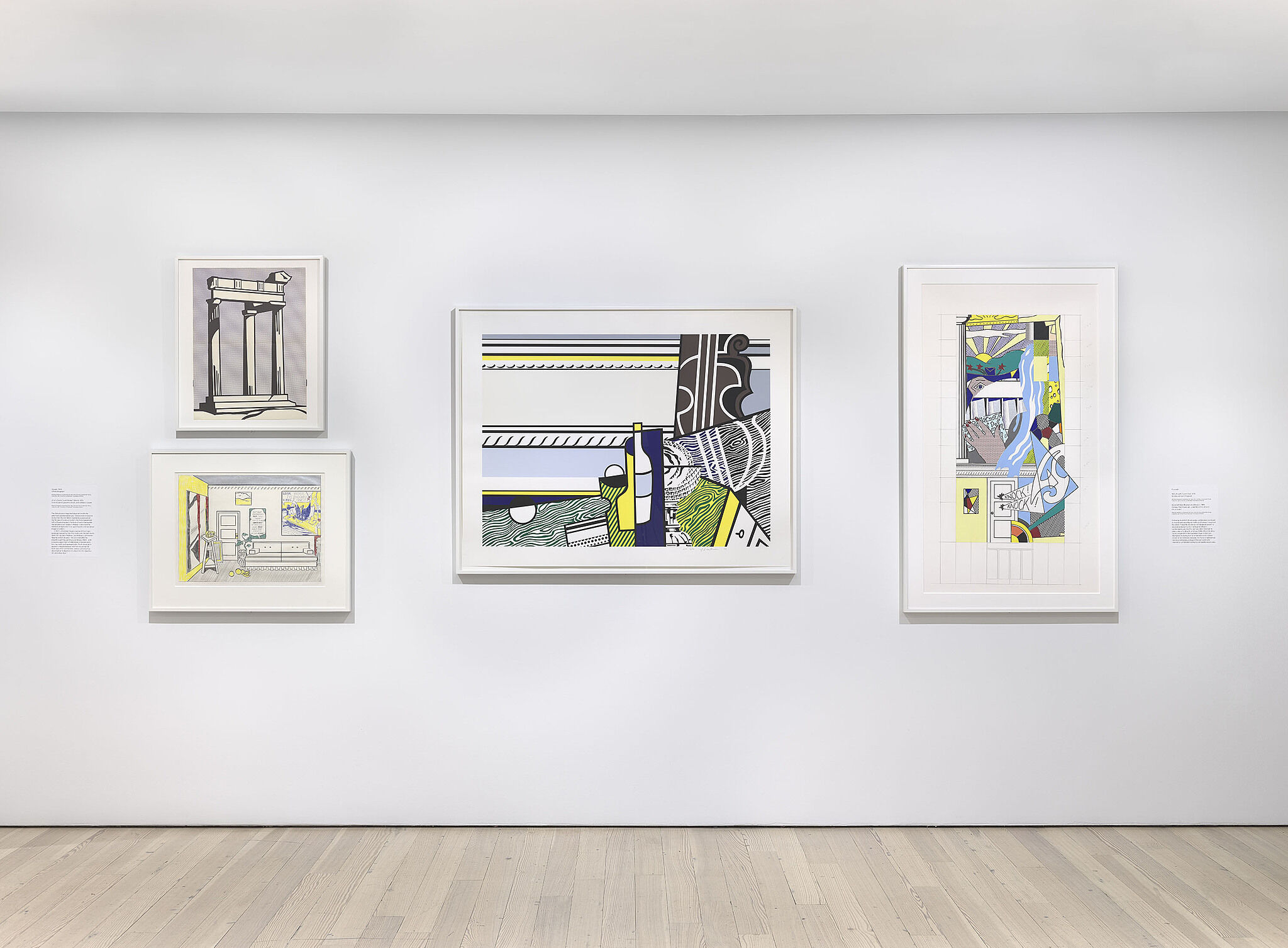 "While the artist is most closely associated with Pop-art portrayals of heightened human emotion, an upcoming Whitney Museum of American Art exhibition illustrates how Lichtenstein found intrigue and inspiration in physically stagnant elements of design."
—Architectural Digest