“Beyond LOVE is a spectacular exhibition and an important opportunity to rediscover the whole career of a singular figure in American art.”
—BBC

Robert Indiana (b. Robert Clark, 1928) first emerged on the wave of Pop Art that engulfed the art world in the early 1960s. Bold and visually dazzling, his work embraced the vocabulary of highway signs and roadside entertainments that were commonplace in post war America. Presciently, he used words to explore themes of American identity, racial injustice, and the illusion and disillusion of love. The appearance in 1966 of what became his signature image, LOVE, and its subsequent proliferation on unauthorized products, eclipsed the public’s understanding of the emotional poignancy and symbolic complexity of his art. This retrospective reveals an artist whose work, far from being unabashedly optimistic and affirmative, addresses the most fundamental issues facing humanity—love, death, sin, and forgiveness—giving new meaning to our understanding of the ambiguities of the American Dream and the plight of the individual in a pluralistic society.

Robert Indiana: Beyond LOVE is organized by Barbara Haskell, Curator.

Major support for Robert Indiana: Beyond LOVE is provided by Morgan Art Foundation.

Generous support is provided by Shirley and William Lehman, The Lunder Foundation, and the Robert B. Mayer Family.

Additional support is provided by The Gage Fund, Inc., Virginia and Herbert Lust, the Overbrook Foundation, and Barbaralee Diamonstein-Spielvogel. 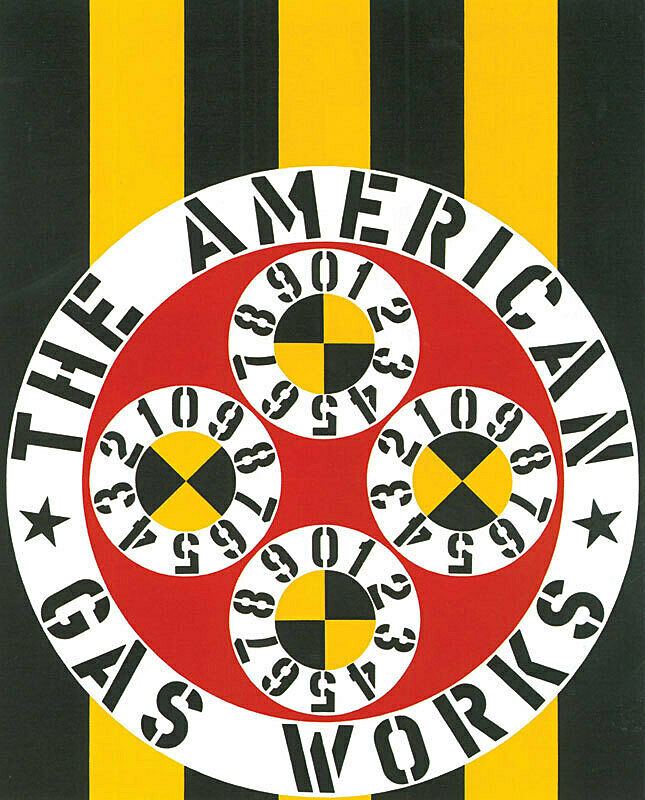 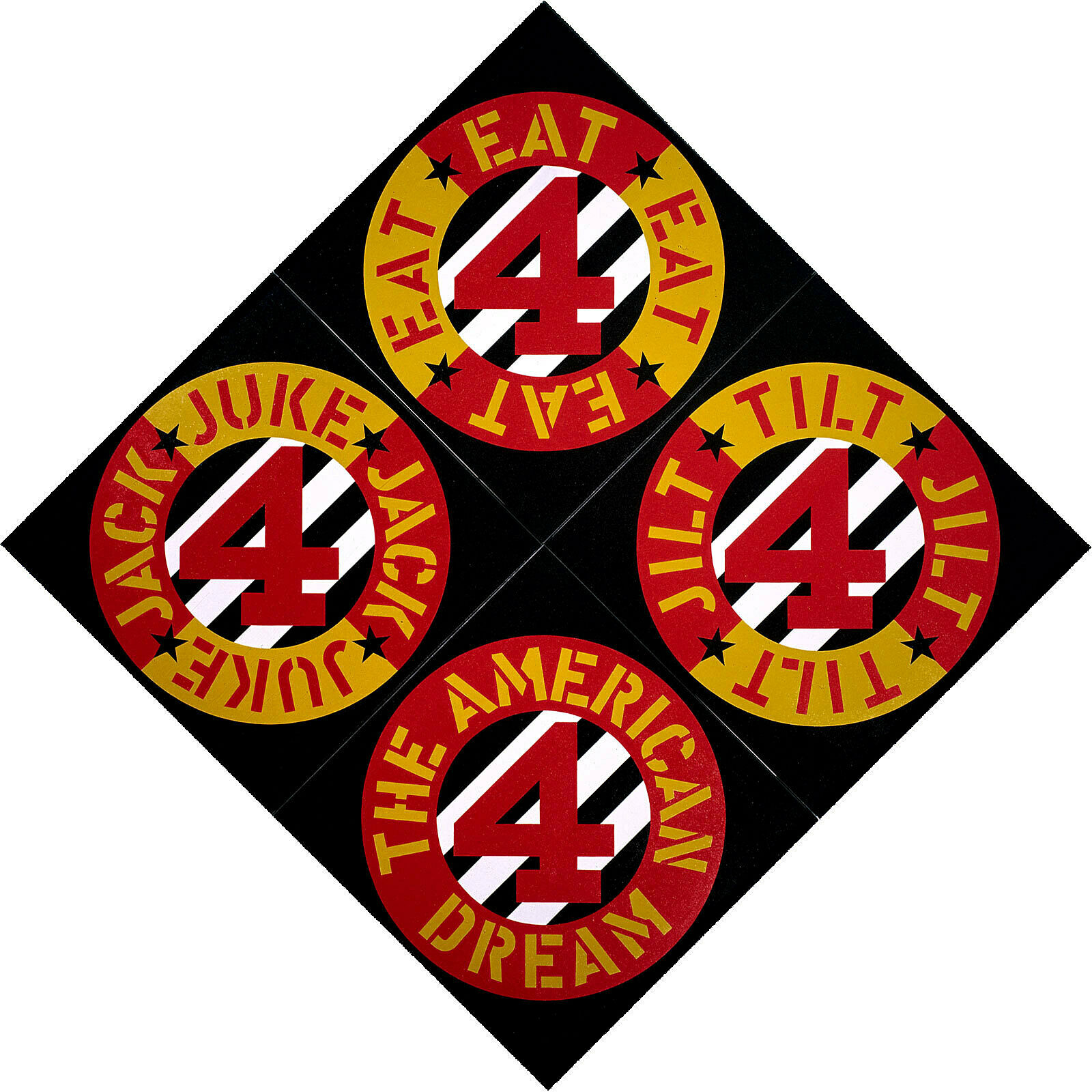 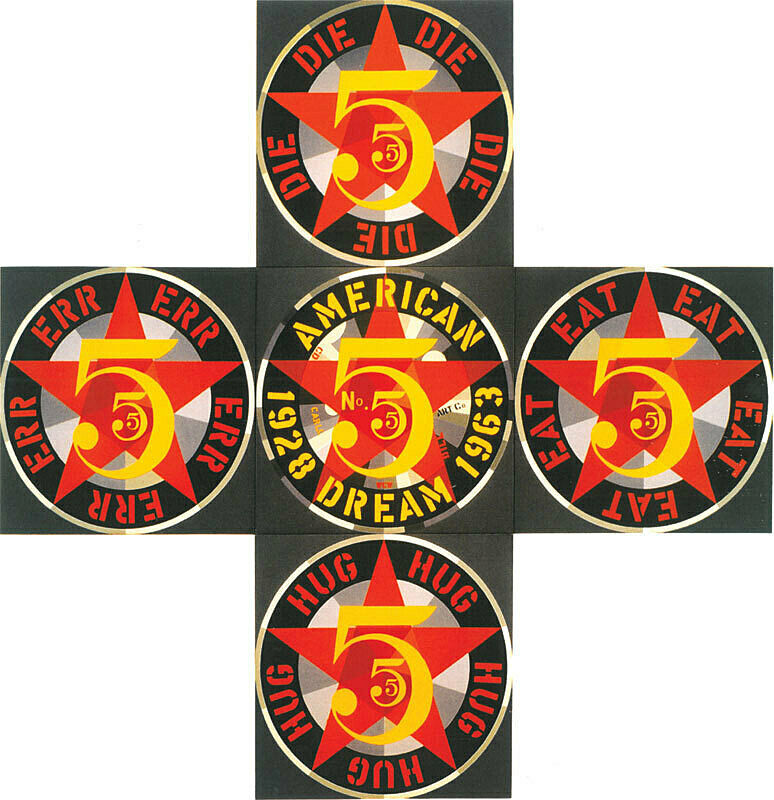 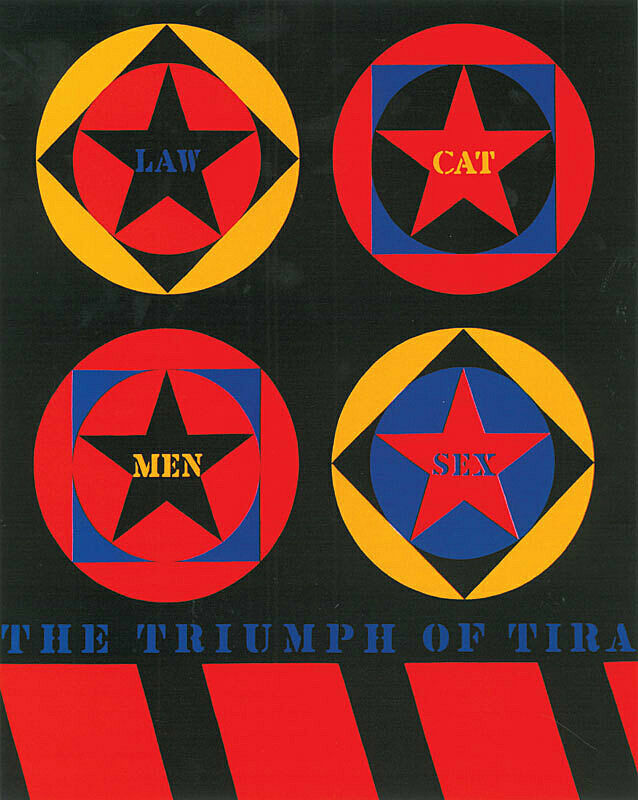 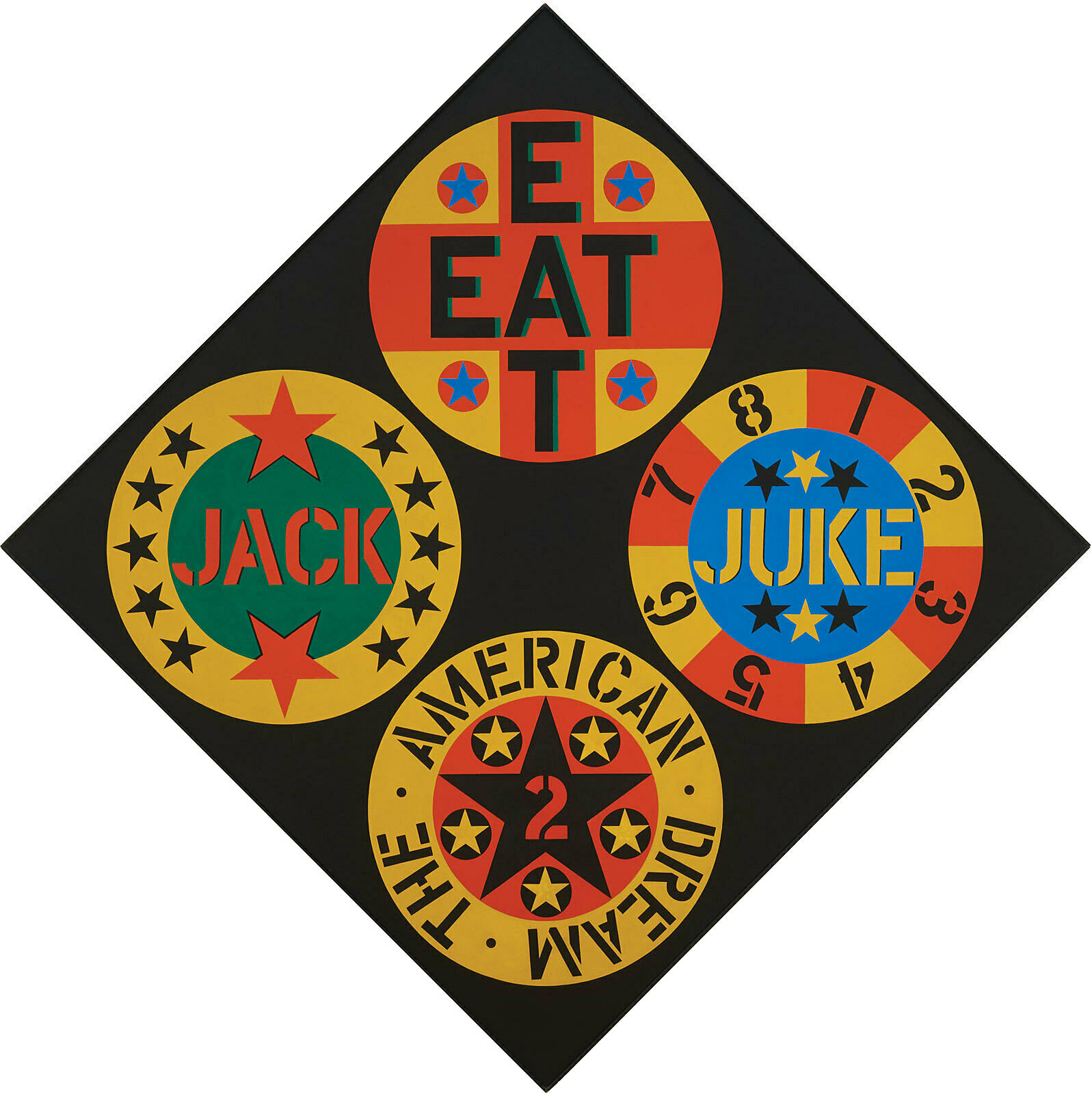 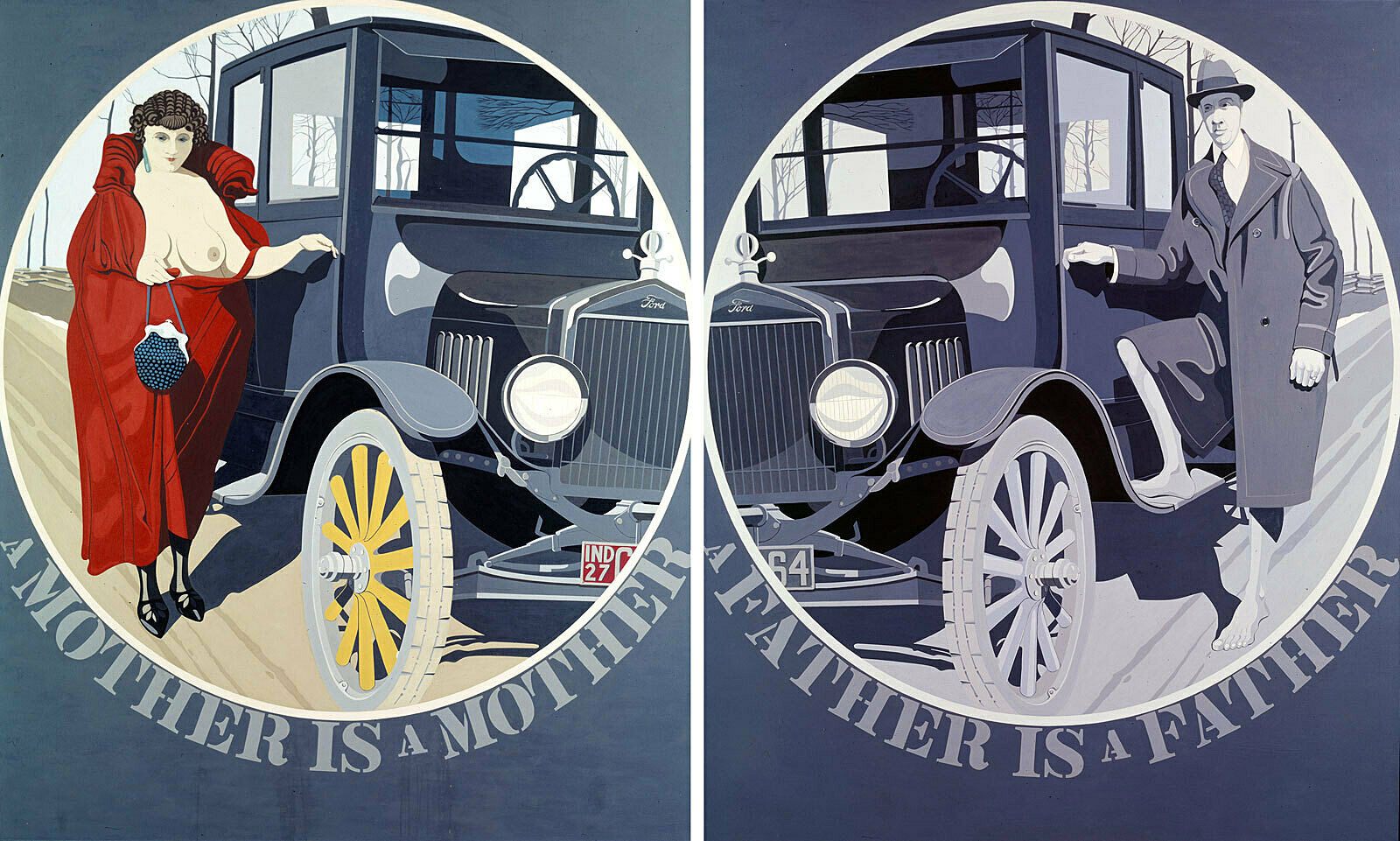 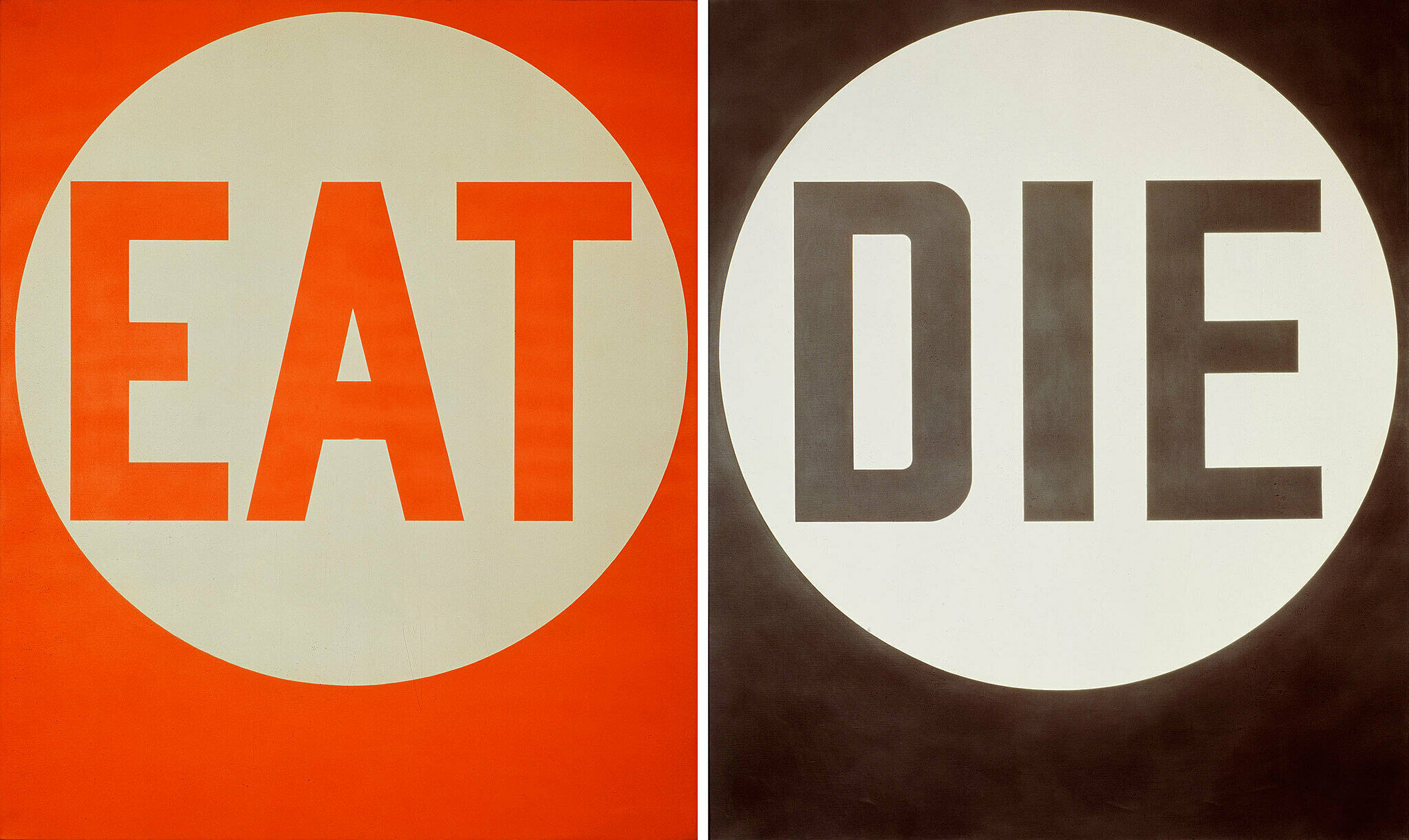 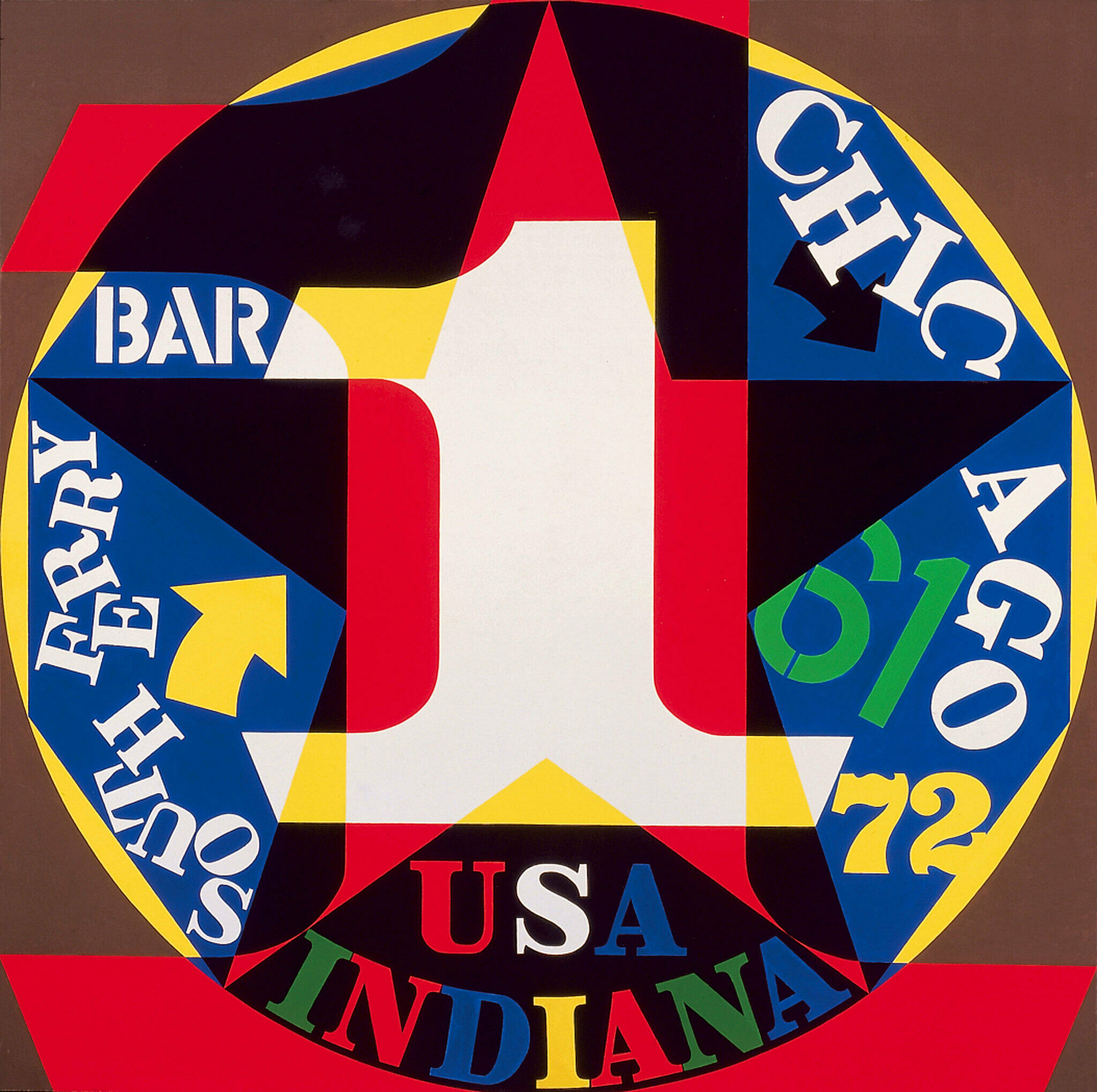 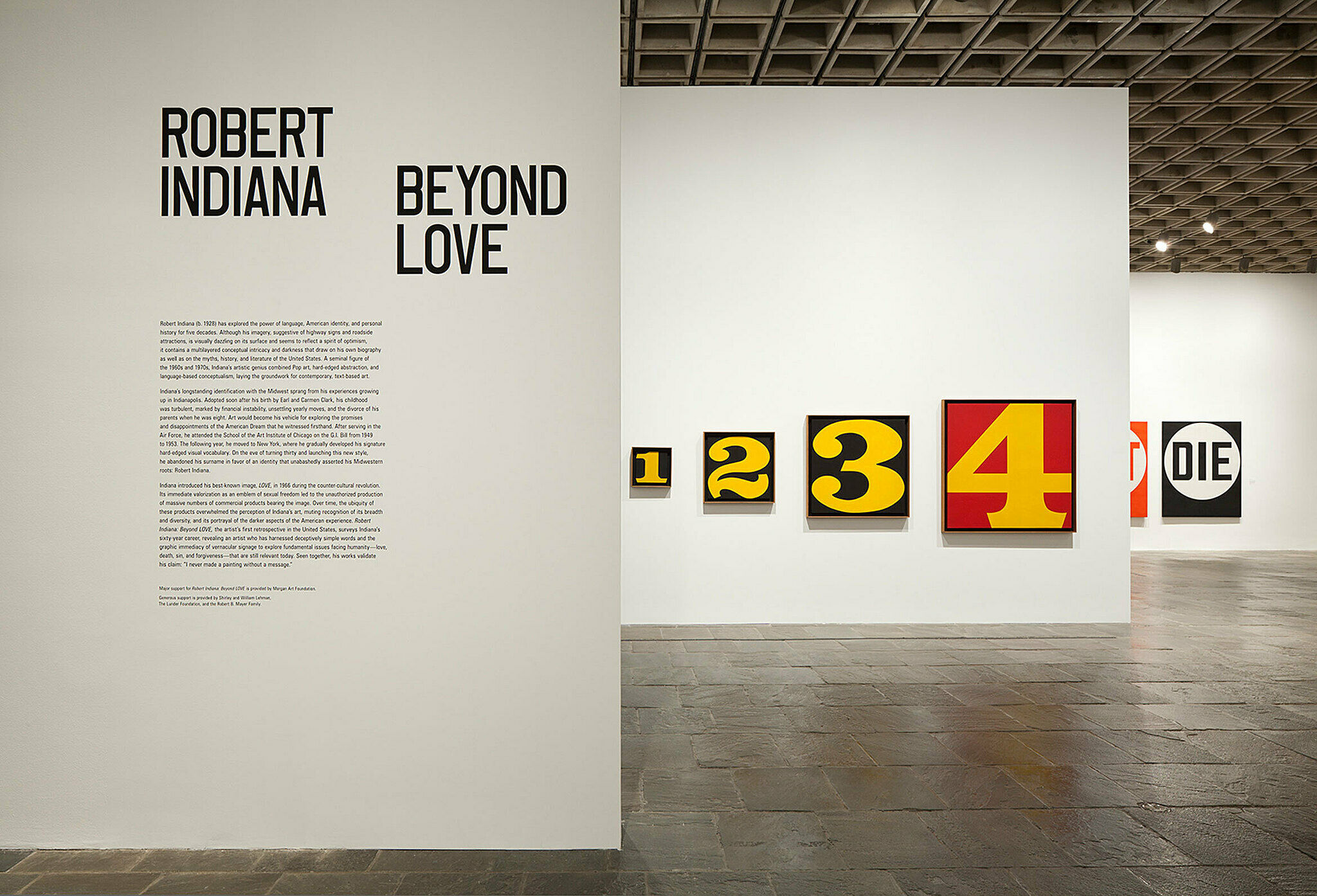 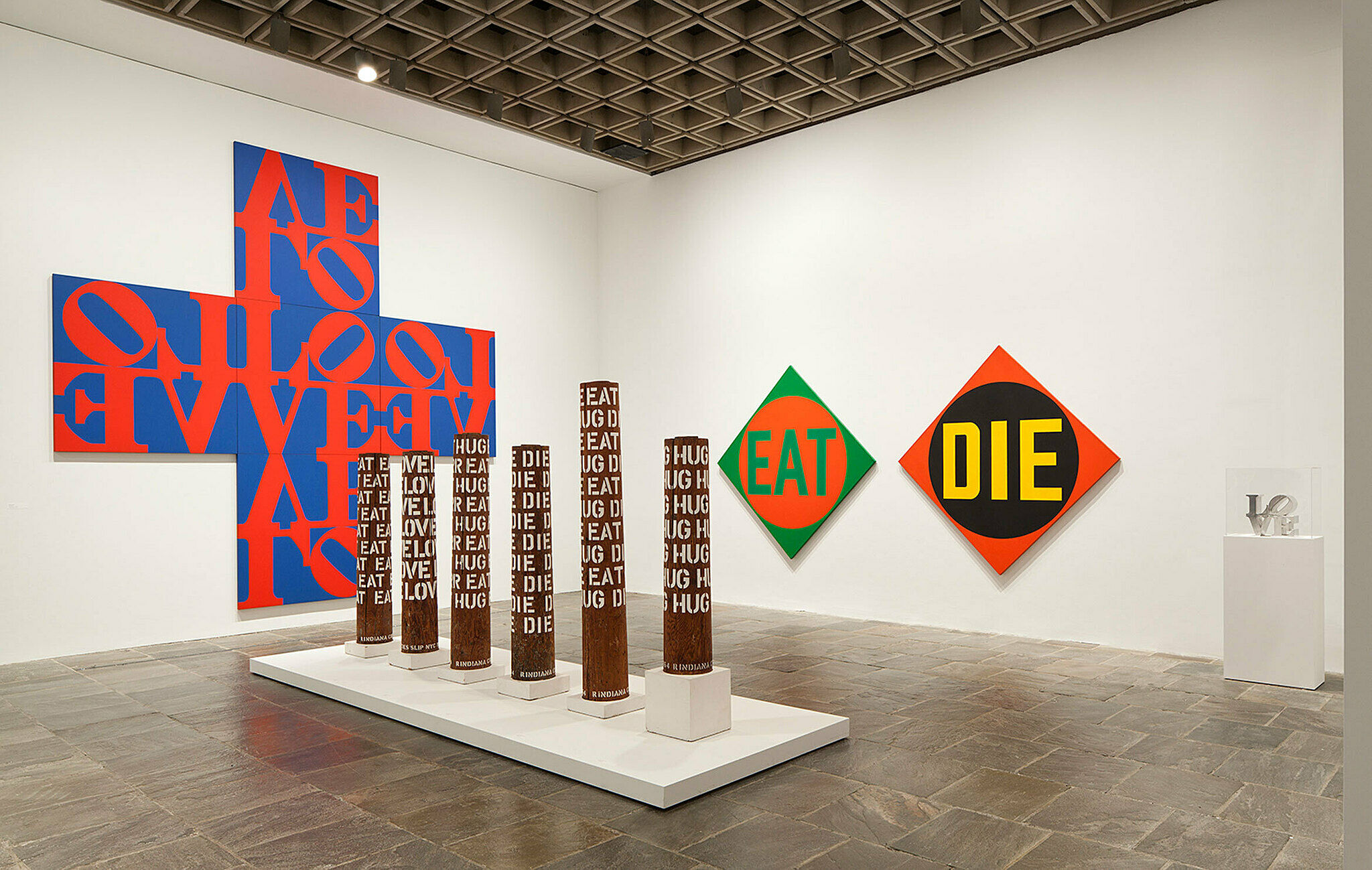 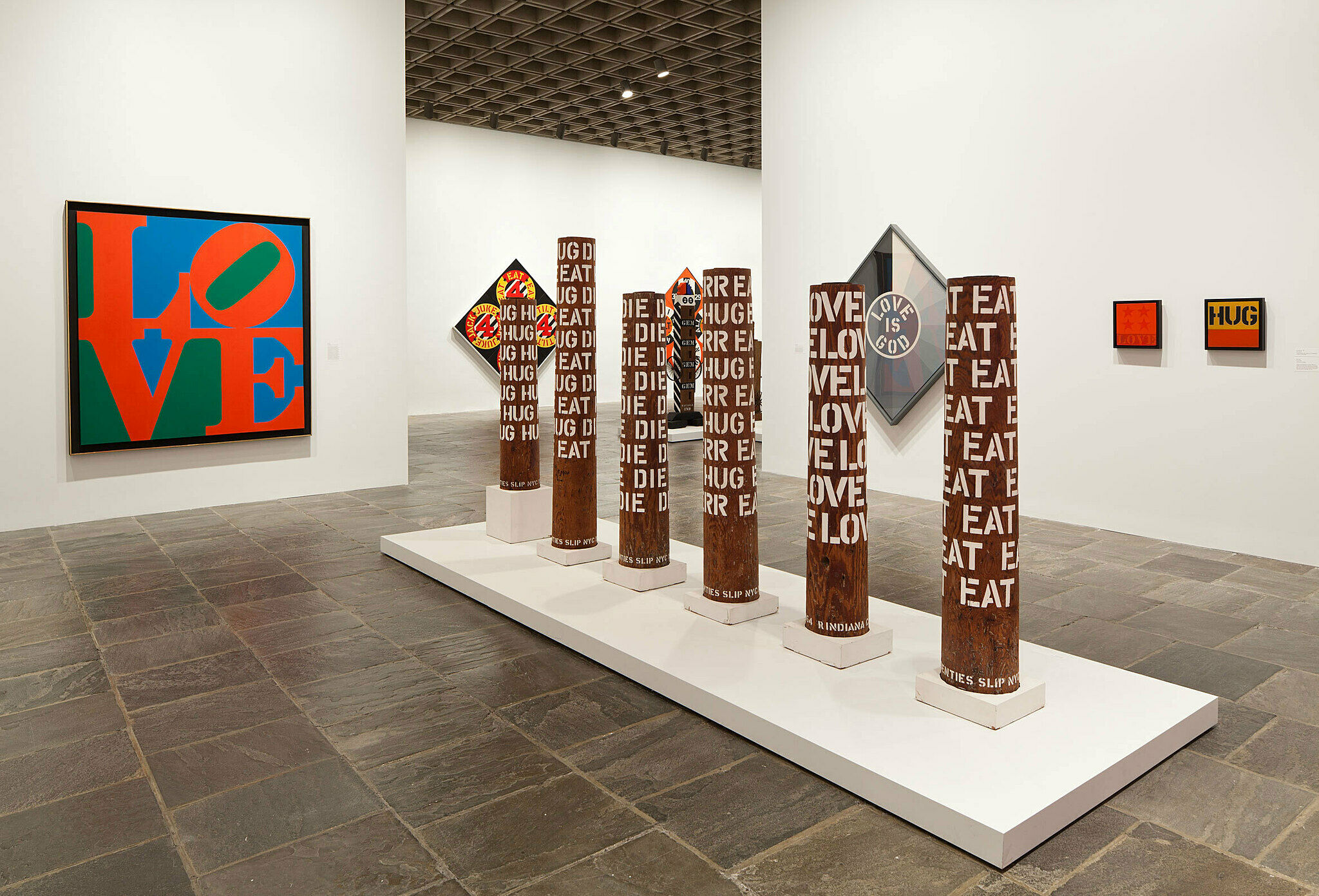 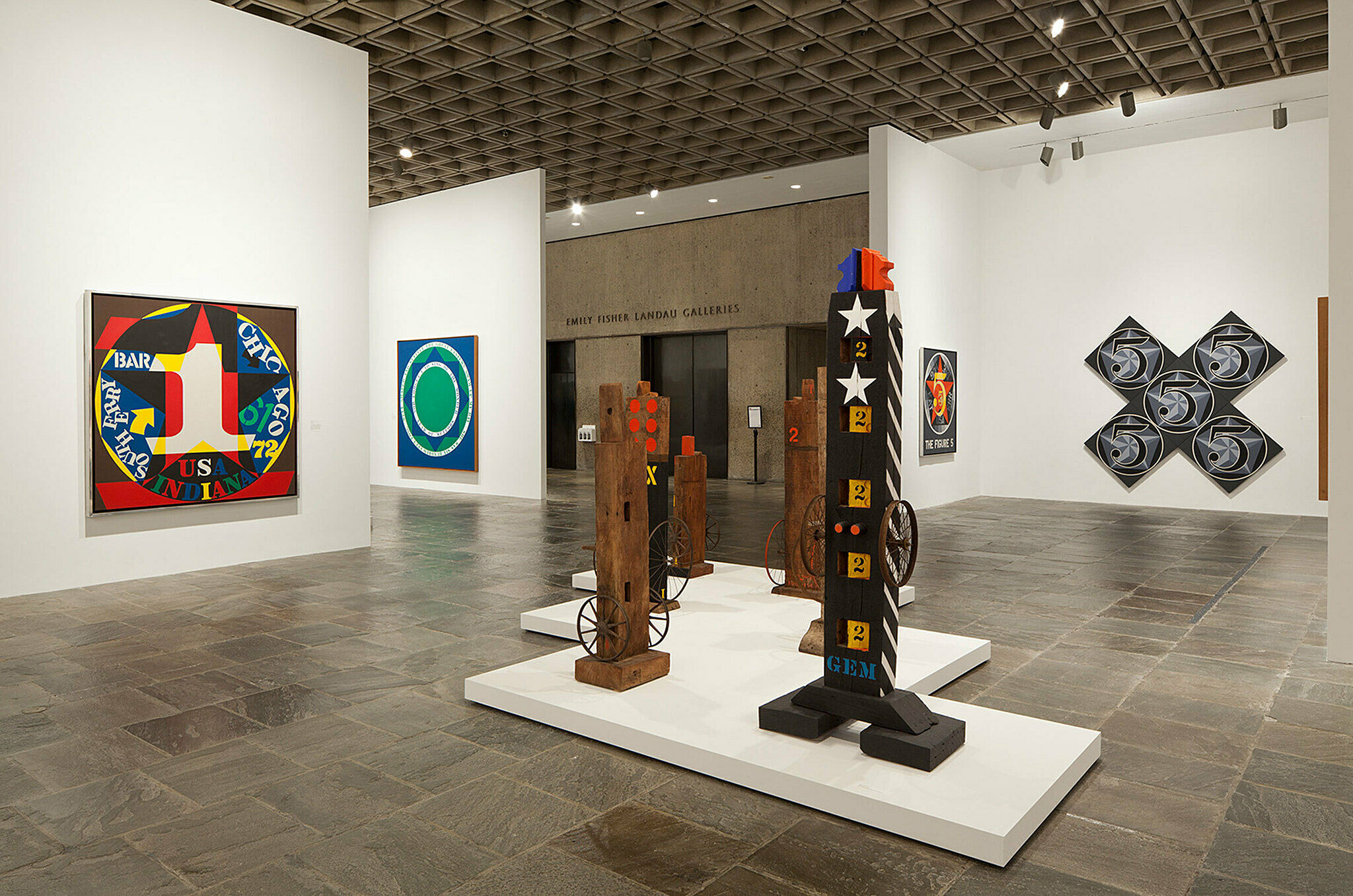 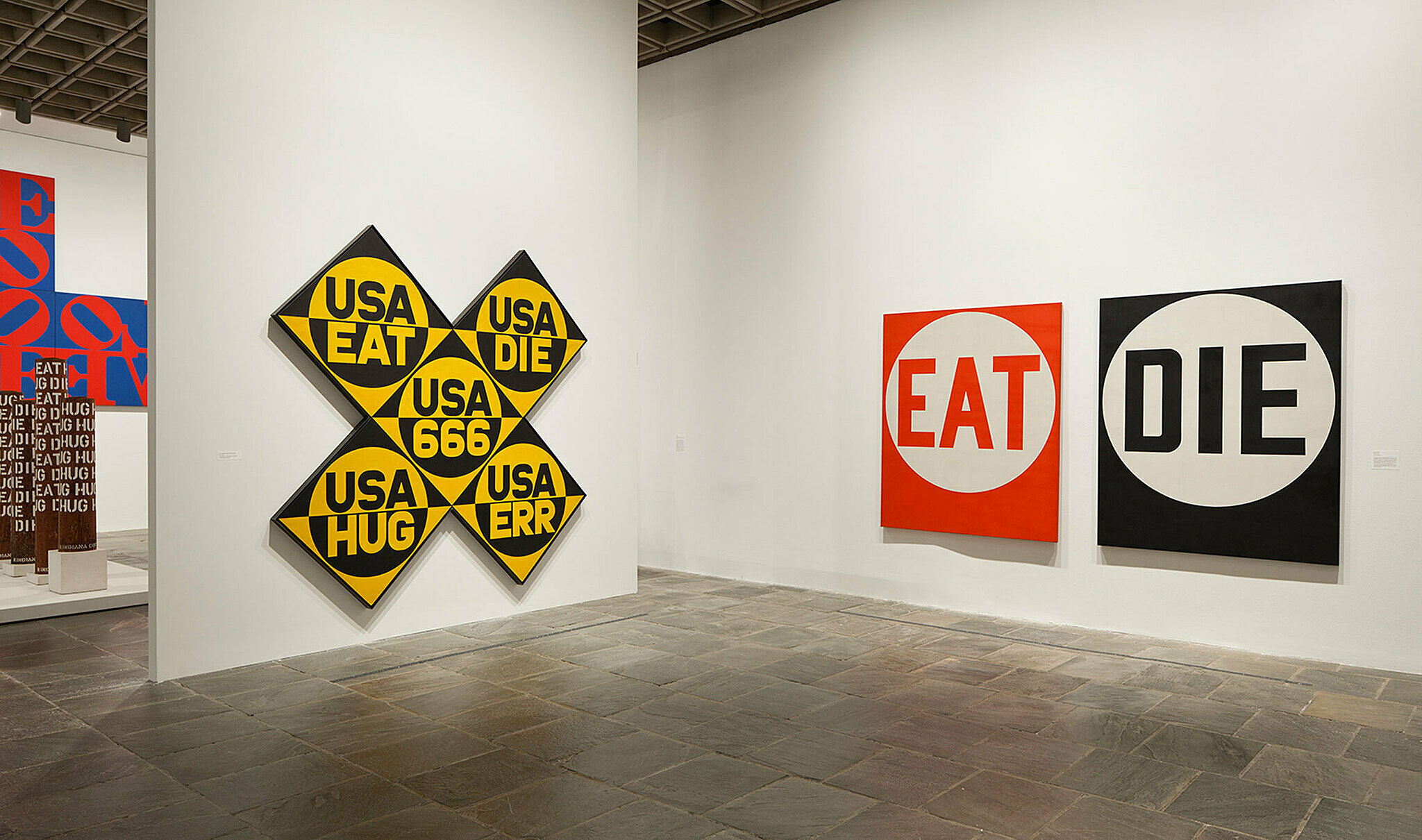 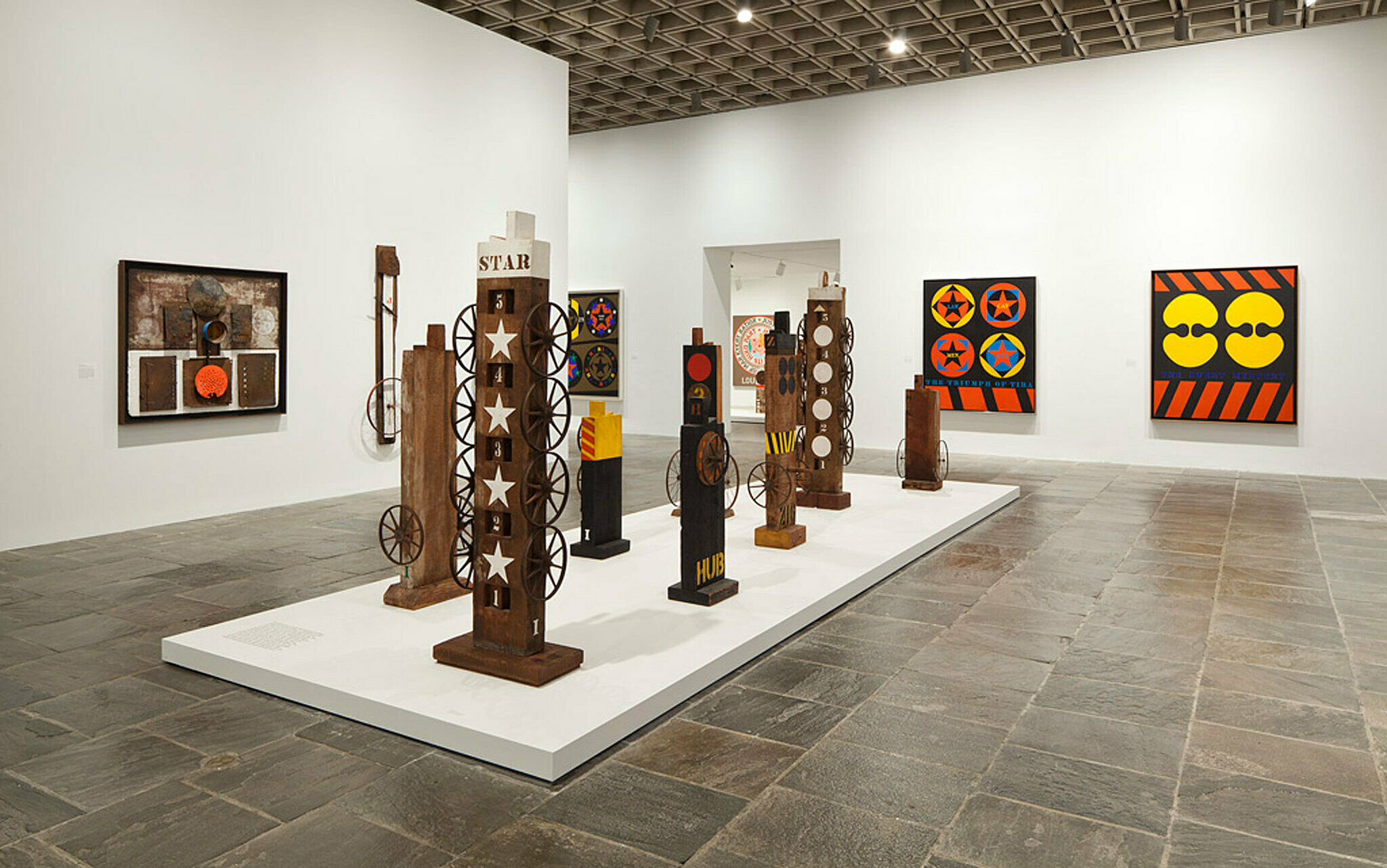 "Far too many of us think of [Robert Indiana] as a one-hit wonder. This is a major injustice, which Barbara Haskell, curator at the Whitney Museum of American Art, has addressed with an impressively comprehensive retrospective of Indiana's career."
—Art in America

“Beyond LOVE is a spectacular exhibition and an important opportunity to rediscover the whole career of a singular figure in American art.”
—BBC

"[Indiana's] paintings are gateways between the visual and the verbal, the private and the public, the physical and the metaphysical, and the conscious and the unconscious. Richly ambiguous, they unsettle fixed categories. And they are ravishing to behold."
—The New York Times

"Video: At Home and in the Studio With Robert Indiana"
—ArtInfo

"Robert Indiana Opens Up About His First U.S. Retrospective at the Whitney Museum"
—Vogue

Audio: "Art Talk: What Does LOVE Have To Do With It?"
—WNYC

"In a rare interview at his home on Vinalhaven, Maine, the artist talks about Pop art, politics and his conflicted feelings over his most famous work, LOVE"
—The Art Newspaper

“'It’s quite staggering,' Indiana said of the exhibition. . . . 'I can’t believe I did all this work. I should be exhausted, and I am exhausted.'"
—New York Daily News

"A long overdue celebration of the depth and breath of the 85-year-old Indiana’s work over five generations."
—Forbes

"Unlike the ethereally ironic Warhol, the deadpan faux-comic-book Lichtenstein or the facilely absurd gigantist Oldenburg, Mr. Indiana meant absolutely every word he ever stenciled onto a canvas or one of his early totemic sculptures."
—The Wall Street Journal