Established in 2013 by American artists Calla Henkel and Max Pitegoff, New Theater has mounted plays within a converted storefront in Berlin’s Kreuzberg neighborhood for the past two years. Borrowing heavily from the ethos of community theater, New Theater encompasses the social, economic, and pragmatic realities of establishing a theater house that is built fundamentally on collaborations—inviting other artists, writers, and musicians to contribute to the scripts, sets, props, soundtracks, and as performers. As their principal audience has been an English-speaking artistic community in Berlin, they embody the city’s climate at the crossroads of the international art world, engaging collaborators in New York City, Los Angeles, and elsewhere.

New Theater’s debut in the United States marks the conclusion of their enterprise. Transporting their highly local ethos to the Whitney’s theater, the shift in locale serves as a moment of reflection upon past productions. This presentation includes several performances of a new version of their play Apartment (Mother Courage), the publication of a limited-edition book of the group’s selected plays, and performances in the public spaces of the Museum. As with their Berlin-based shows, New Theater will build the community around this new work in real time.

This adaptation of the play Apartment has almost entirely abandoned its original skeleton. At the Whitney, Apartment is now set in a financially and morally bankrupt bar in Berlin. The play unfolds on the evening of May 1, International Workers’ Day, as the patrons attempt to "save" themselves. 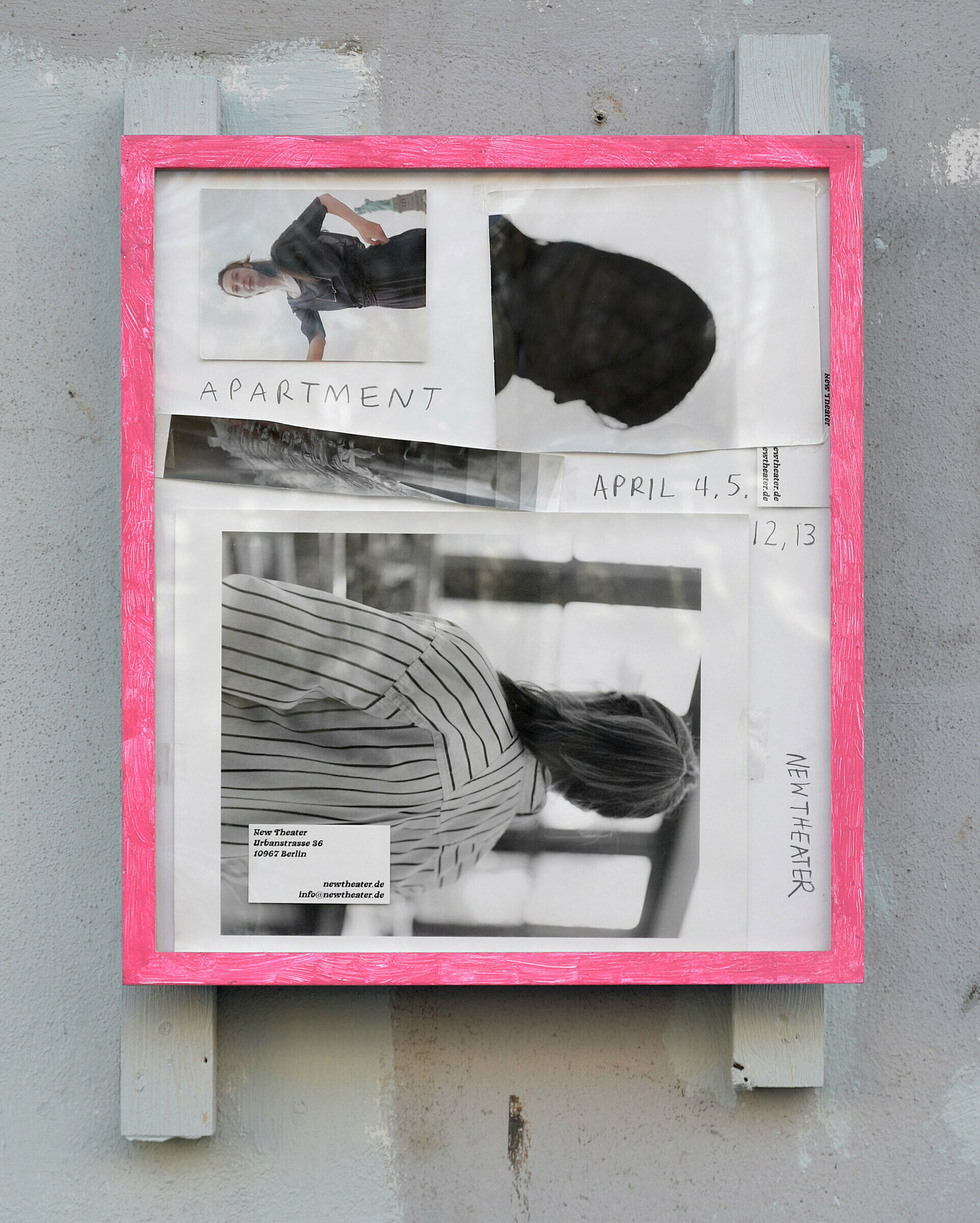 Established in 2013 by American artists Calla Henkel and Max Pitegoff, New Theater has mounted plays within a converted storefront in Berlin for the past two years. In this Q&A, Henkel and Pitegoff discuss their artistic practice on the occasion of their U.S. debut.