At her New York debut at the Drawing Center in 1994, Kara Walker unveiled a daring reinvention of image-making in which she incorporated the genteel eighteenth-century medium of cut-paper silhouettes into her paintings. Since that time, she has created a poignant body of works that addresses the very heart of human experience, notions of racial supremacy, and historical accuracy. This exhibition presents a comprehensive grouping of the artist’s work to date, featuring more than 200 paintings, drawings, collages, shadow-puppetry, light projections, and video animations that offer an extended contemplation on the nature of figurative representation and narrative in contemporary art.

Drawing her inspiration from sources as varied as the antebellum South, testimonial slave narratives, historical novels, and minstrel shows, Walker has invented a repertoire of powerful narratives in which she conflates fact and fiction to uncover the living roots of racial and gender bias. The intricacy of her imagination and her diligent command of art history have caused her silhouettes to cast shadows on conventional thinking about race representation in the context of discrimination, exclusion, sexual desire, and love. “It’s interesting that as soon as you start telling the story of racism, you start reliving the story,” Walker says. “You keep creating a monster that swallows you. But as long as there’s a Darfur, as long as there are people saying ‘Hey, you don’t belong here’ to others, it only seems realistic to continue investigating the terrain of racism.”

In the Whitney’s Collection
32 works 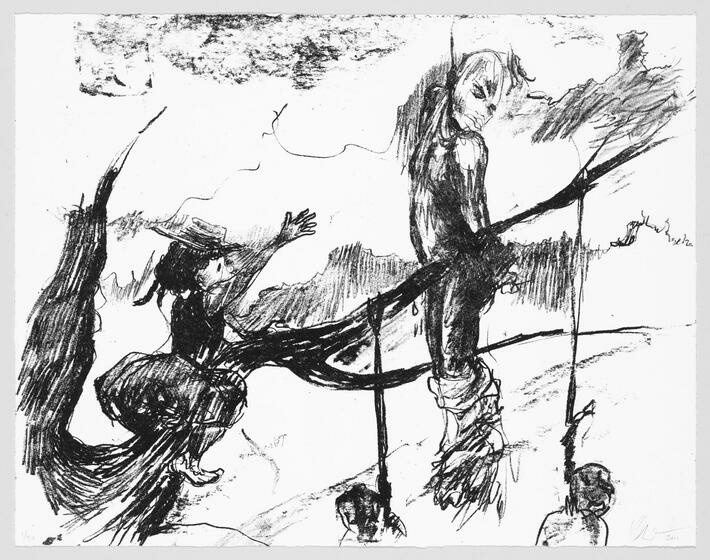 Kara Walker
" ...calling to me from the angry surface of some grey and threatening sea. I was transported."
2007 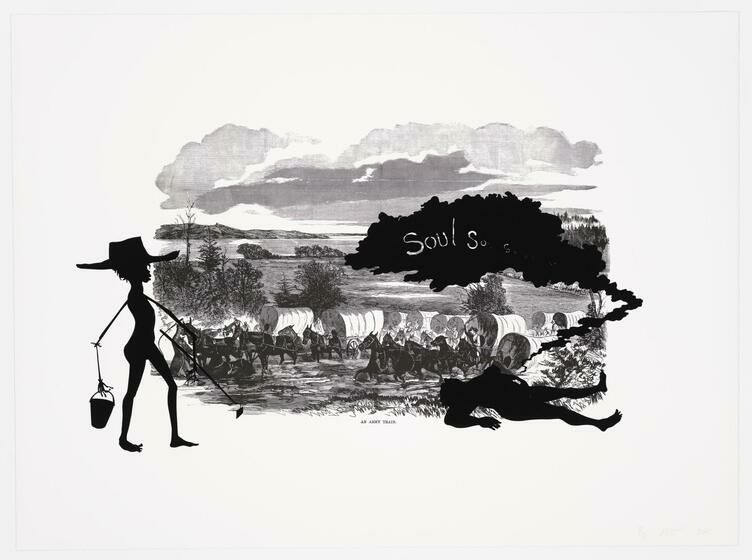 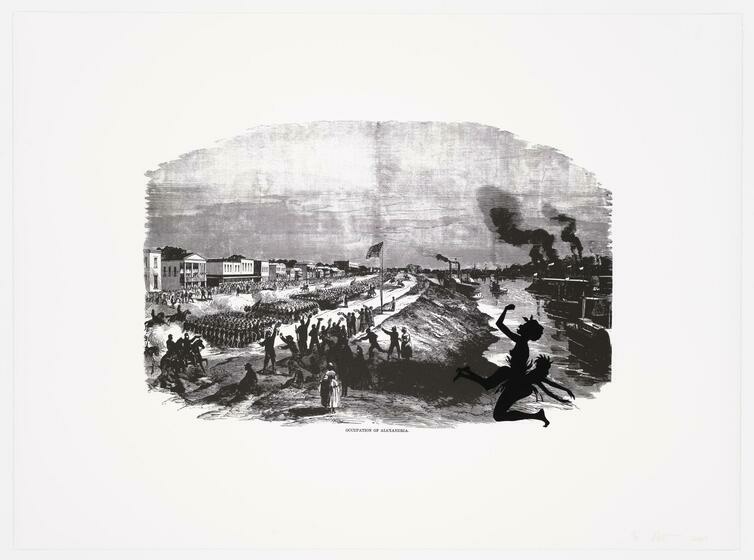 “Ms. Walker’s style is magnetic. . . . Brilliant is the word for it, and the brilliance grows over the survey’s decade-plus span. And then there is the theme: race. It dominates everything, yet within it Ms. Walker finds a chaos of contradictory ideas and emotions.”
—The New York Times