Jenny Holzer's pioneering approach to language as a carrier of content and her use of nontraditional media and public settings as vehicles for that content make her one of the most interesting and significant artists working today. Alternating between fact and fiction, the public and the private, the universal and the particular, Holzer's work offers an incisive social and psychological portrait of our times. PROTECT PROTECT centers on Holzer's work since the 1990s and is the artist's most comprehensive exhibition in the United States in more than fifteen years.

Using language as her medium, Jenny Holzer (b. 1950) has created a critically important body of work over the past three decades. Her texts have appeared in nontraditional media such as posters and electronic signs, billboards and T-shirts, and most recently as dematerialized, luminous projections on surfaces as different as crashing ocean waves and the Louvre’s large glass pyramid. Perhaps surprising for those who have followed the work of this artist for many years, her chosen texts recently have been rendered in oil paintings and in dazzling, large-scale electronic sculptures. While the political content of Holzer’s latest work fits in the tradition of Goya, the ethereal color and architectural scale draw inspiration from Matisse, Malevich, Rothko, and LeWitt.

The works in this exhibition feature selections of Holzer’s writings from 1977 to 2001, as well as declassified pages from U.S. government documents she has used as source material since 2004. The exhibition’s subtitle PROTECT PROTECT derives from texts detailing plans for the Iraq war, yet it also relates to the problematic power of personal desire, as encapsulated in one of Holzer’s best-known statements: PROTECT ME FROM WHAT I WANT.

Whether she is using her own idiomatic texts, borrowing the words of international poets, or citing formerly classified materials containing policy debates, battle plans, and testimonies of American soldiers and detainees in U.S. custody, Holzer works between the public and private, the body politic and the body, the universal and the particular. Always timely, she provides a range of opinions, attitudes, and voices in works infused with formal beauty, sensitivity, and power.

The exhibition is organized by Elizabeth Smith, James W. Alsdorf Chief Curator and Deputy Director for Programs at the Museum of Contemporary Art, Chicago. David Kiehl, Nancy and Fred Poses Curator, is overseeing the installation at the Whitney.

Major support for Jenny Holzer: PROTECT PROTECT is provided by Donald and Brigitte Bren, Anne and Burt Kaplan, The Andy Warhol Foundation for the Visual Arts, and the National Endowment for the Arts.

Major support for the Whitney's presentation is provided by the National Committee of the Whitney Museum of American Art in honor of Linda Pace, Jack and Susan Rudin in honor of Beth Rudin DeWoody, and The Broad Art Foundation.

“Holzer grabs viewers by the eyeballs from the very first installation, and refuses to let go.”
--Time Out New York

“The Whitney’s spare, potent retrospective of Holzer’s work paradoxically highlights its elusiveness and deep engagement in the issues of our time.”
--The Financial Times

“taking us deep into the machinations of human frailty and power.”
--The New York Times

"the great Jenny Holzer is more relevant than ever”
--Metropolis

“Her work enchants as it provokes, lulling us with lights and action even as we are unsettled by the words they illuminate.”
--Art in America

Q & A: "thoughts on Twitter, grad-school loserdom and why shorter is better."
--The New York Times, T Magazine blog

In the Whitney’s Collection
35 works 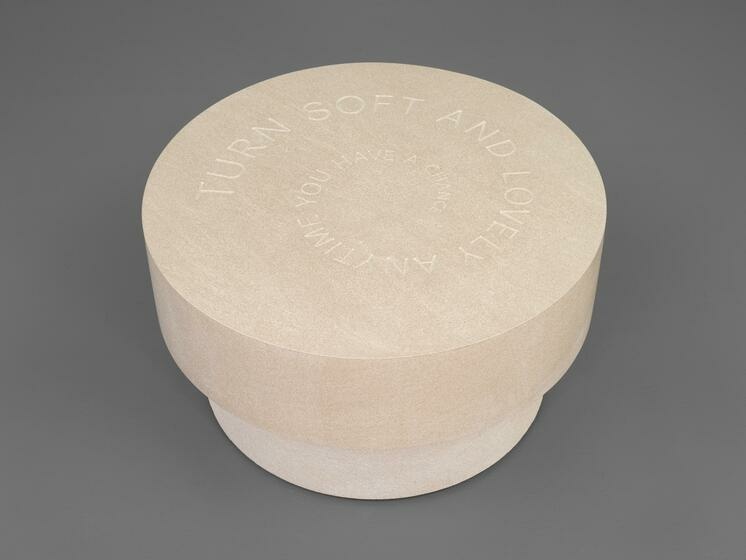 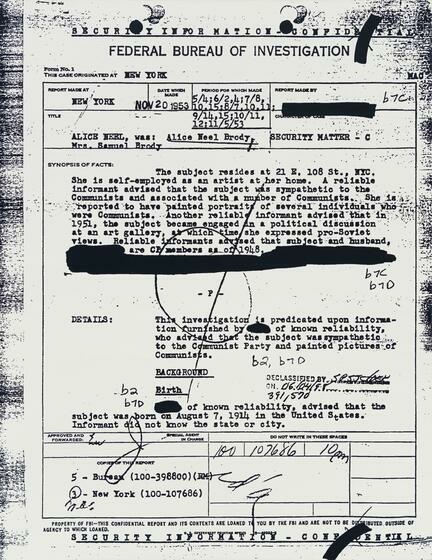 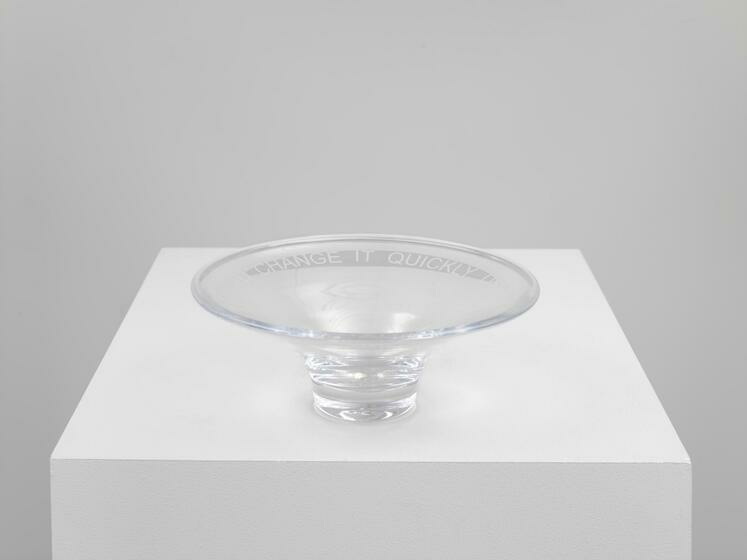 Jenny Holzer
Use What Is Dominant
2003 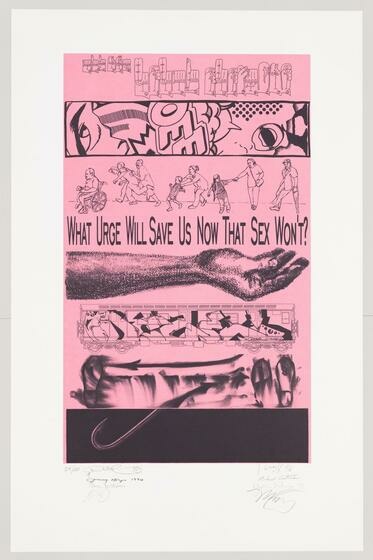 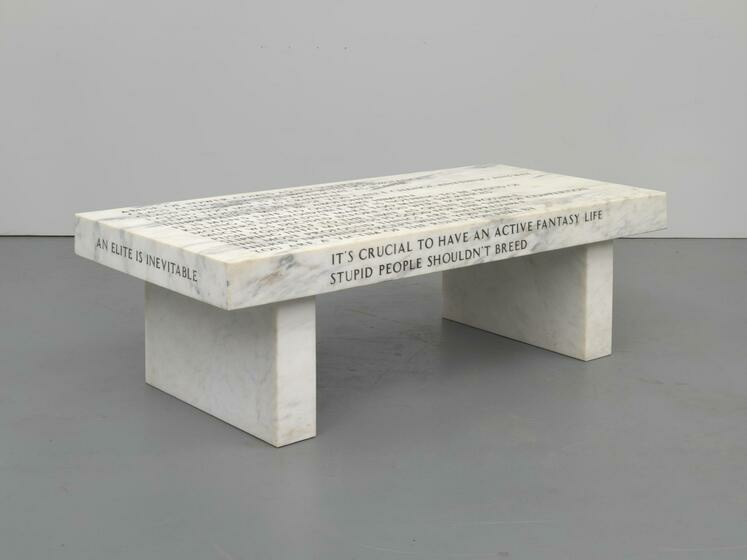