Follow Through is a mobile, audio-visual artwork that has been created by Jennifer Crowe and Scott Paterson specifically for the Museum’s 5th Floor Permanent Collection galleries and is accessible to visitors on portable media players. The project is inspired by the discrepancy the artists found between the active and energetic art on view in the galleries and the rather passive and languid body language of museum visitors looking at that art. Referencing the structure of the existing audio tour, the artists invite visitors to engage in a set of exercises designed to bring well-established behavioral codes of museum attendance into relief. The project’s title has its roots in sports terminology where the term “follow-through” describes the act of carrying a motion—such as hitting a ball—to its natural completion. With Follow Through, the artists are inviting visitors to complete the dynamics of the artworks in an experience that goes beyond the mental act of contemplating or interpreting them.

Jennifer Crowe (b. 1974) is currently a new media producer in New York. Trained in the arts, her education includes an MA from Bard College’s Center for Curatorial Studies and a BA in Visual Arts and Communication from the University of California, San Diego. Jennifer has broad experience in the arts with a special interest in digital archives and fine art preservation. Projects include curating exhibitions at A.I.R. Gallery and The New Museum, initiating Rhizome.org’s Artbase, an online archive for Net-based artworks, and producing online companions for Peabody-Award winning art television shows at Thirteen/WNET New York Public Television. She has coordinated digital video archiving projects for Yale University, the Dance Heritage Coalition, and the EU’s international video preservation project PrestoSpace. She has lectured at various venues including the Dutch Electronic Arts Festival, the American Museum of the Moving Image, and the Guggenheim Museum.

Scott Paterson (b. 1969) is an architect, interaction designer, and artist based in New York. He teaches studio courses in the MFA in Design and Technology Program at the Parsons School of Design and has also taught at Columbia University’s Graduate School of Architecture. Trained as an architect, his education includes a Bachelor of Architecture degree from the University of Minnesota and a Masters degree from Columbia University. He has received grants from the Walker Art Center, Parsons School of Design, and The Design Institute at the University of Minnesota. Paterson lectures internationally and his work has been exhibited at the Whitney Museum of American Art, the Walker Art Center, and the Banff Centre for the Arts, as well as in venues in Amsterdam, Berlin, Florence, and Mexico City. 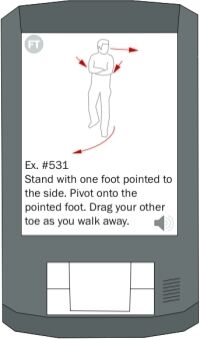 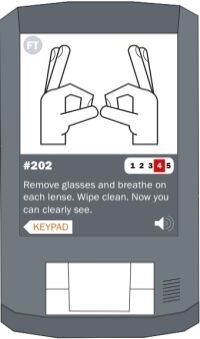