Dan Graham: Beyond surveys the artist's career from the mid-1960s to the present. As one of contemporary art's most innovative and influential figures, Dan Graham has been at the forefront of many of the most significant developments in art, including conceptual art, video and film installation, performance, site-specific sculpture, and musical collaboration. This exhibition—his first retrospective in the United States—examines each stage of Graham's career through his photographs, projects for magazine pages, films, architectural models and pavilions, performances, video installations, prints, drawings, writings, and his work with musicians Sonic Youth, Glenn Branca, and Japanther.

Graham was born in Urbana, Illinois, in 1942 and grew up in New Jersey, a suburban landscape that would inspire him throughout his career. He began his career as a writer, and founded and directed the short-lived John Daniels Gallery in New York in 1964, exhibiting the work of a new generation of conceptual and Minimalist artists—including Donald Judd, Sol LeWitt, and Robert Smithson. This experience had a deep influence on Graham's subsequent work, particularly the artist's relationship to his peers and to the culture at large as well as his interest in art’s economic and social framework.

Graham's rejection of the high-seriousness of modern art emerged at the same moment as Pop art in the early 1960s. "I love magazines because they are like pop songs," he once explained about his early conceptual magazine works, "easily disposable, dealing with momentary pleasures." He infused his approach with a wide range of literary, anthropological, and scientific influences, from cybernetics and topology to the writings of Jean-Paul Sartre, Gregory Bateson, and Margaret Mead. Graham's performances of the 1970s and his architectural pavilions of the 1980s to the present, with their kaleidoscopic refraction of bodily experience, demonstrate his interest in revealing the private self as part of a social, public context.

The fluid, democratic quality of Graham's work continues to exert a powerful influence on younger generations of artists. His desire for a connection to others mirrors our own; yet his work offers a way to critically explore that desire at a moment when interconnectivity and instant feedback are conditioning our collective consciousness to an unprecedented, global degree.

The exhibition is co-organized by Chrissie Iles, Anne and Joel Ehrenkranz Curator, Whitney Museum of American Art, and Bennett Simpson, associate curator, Museum of Contemporary Art, Los Angeles. Following its presentation at the Whitney, Dan Graham: Beyond will travel to the Walker Art Center, Minneapolis, October 31, 2009–January 31, 2010. The exhibition was also presented at The Museum of Contemporary Art, Los Angeles, February 15–May 25, 2009.

Dan Graham: Beyond is presented by The Eli and Edythe Broad Foundation. The exhibition is made possible through endowment support from the Sydney Irmas Exhibition Endowment. Major support is provided by The Suzanne M. Nora Johnson and David G. Johnson Foundation. Generous additional support is provided by Hauser & Wirth Zürich London; Marian Goodman Gallery, New York and Paris; The MOCA Contemporaries; the National Endowment for the Arts; the Graham Foundation for Advanced Studies in the Fine Arts; Mary and Robert Looker; the Pasadena Art Alliance; Betye Monell Burton; Peter Gelles and Eve Steele Gelles; John Morace and Tom Kennedy; Eileen and Michael Cohen; Bagley and Virginia Wright; and Marieluise Hessel.

Additional support for the Whitney’s presentation is provided by the National Committee of the Whitney Museum of American Art, Donald R. Mullen, Jr., Lori and Alexandre Chemla, and Eileen and Michael Cohen. 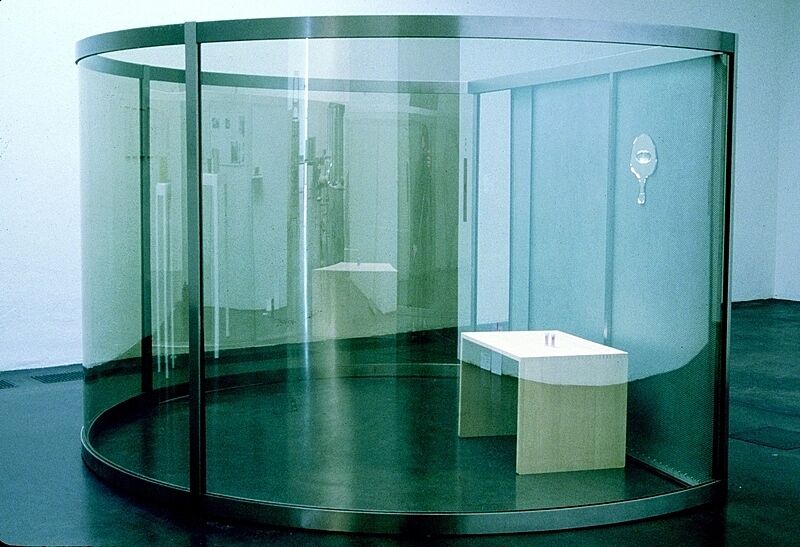 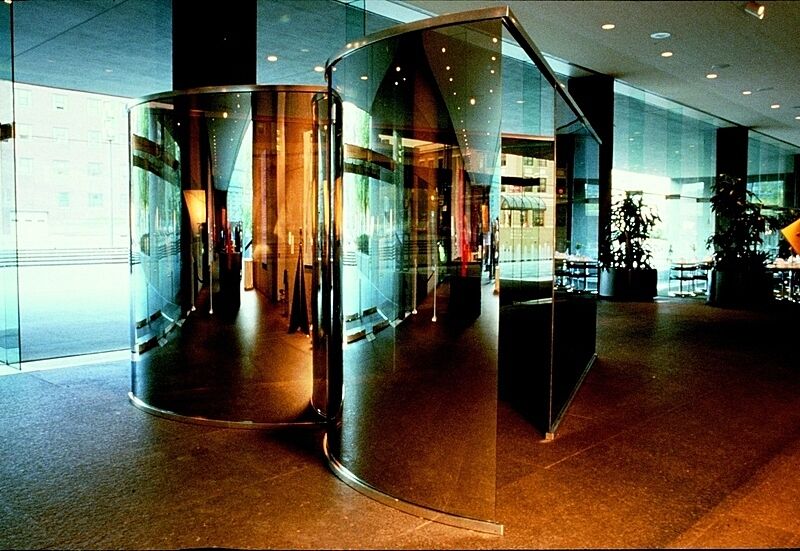 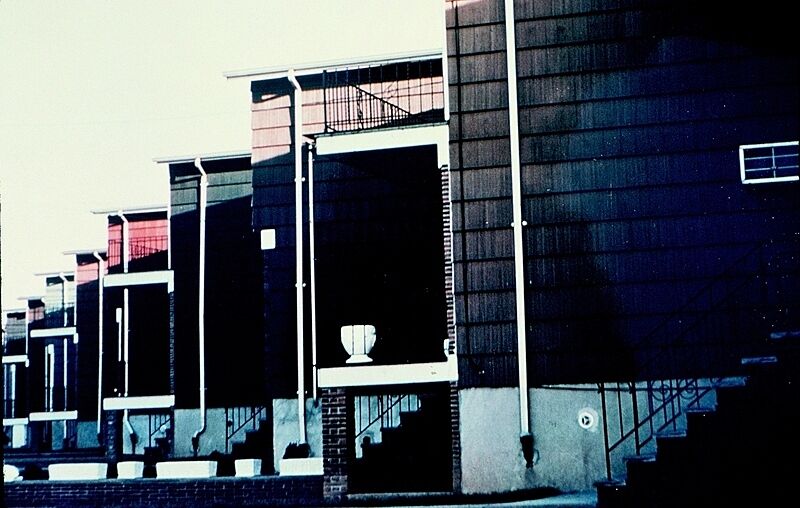 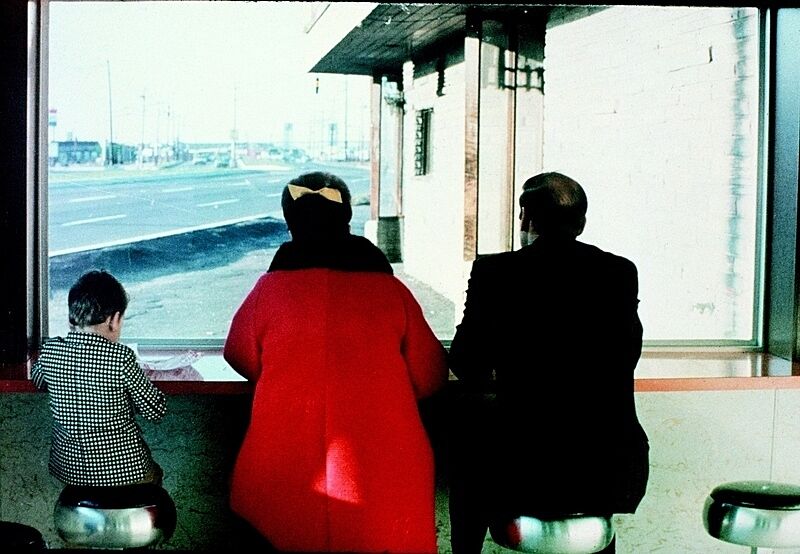 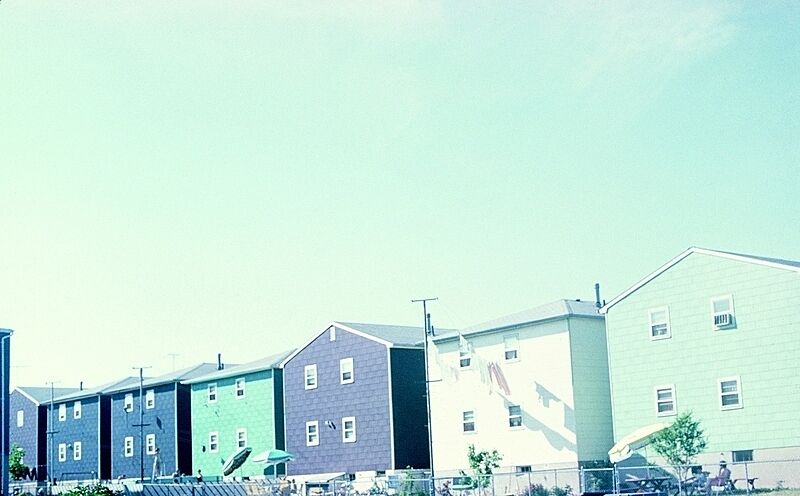 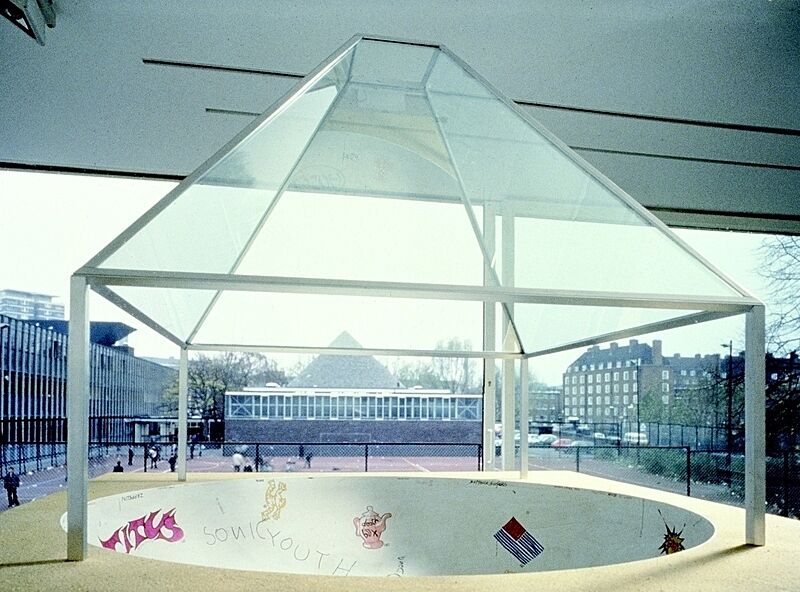 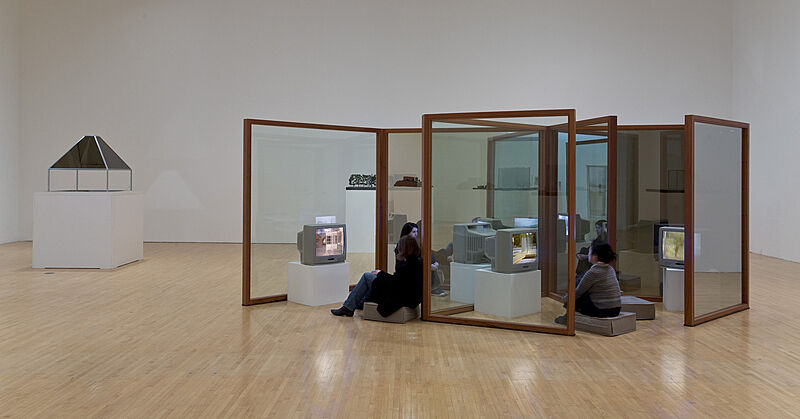 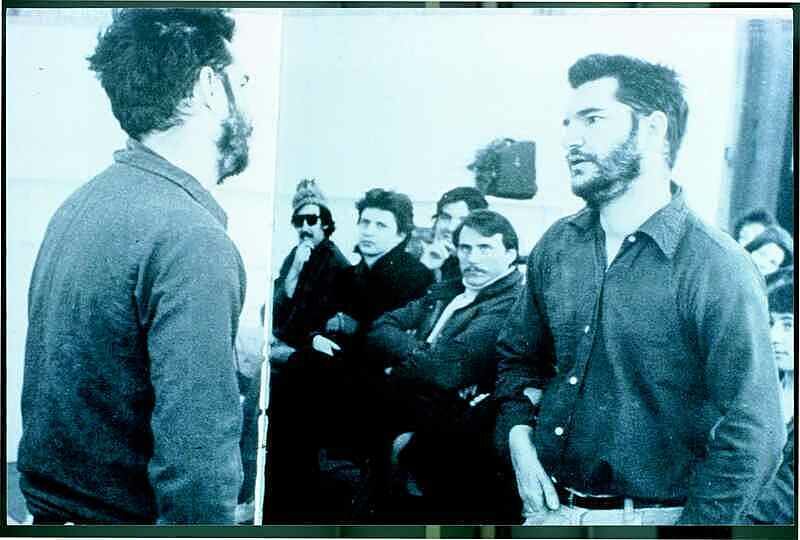 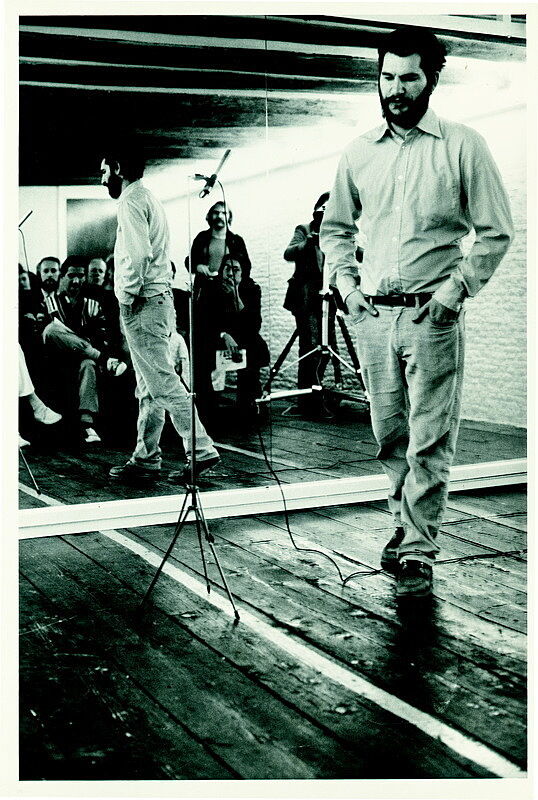 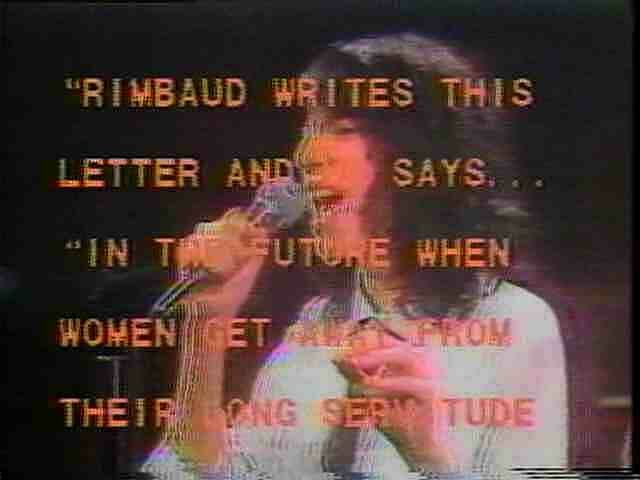 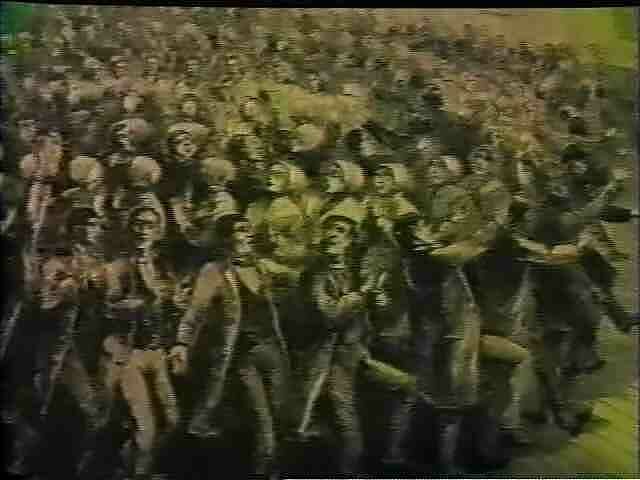 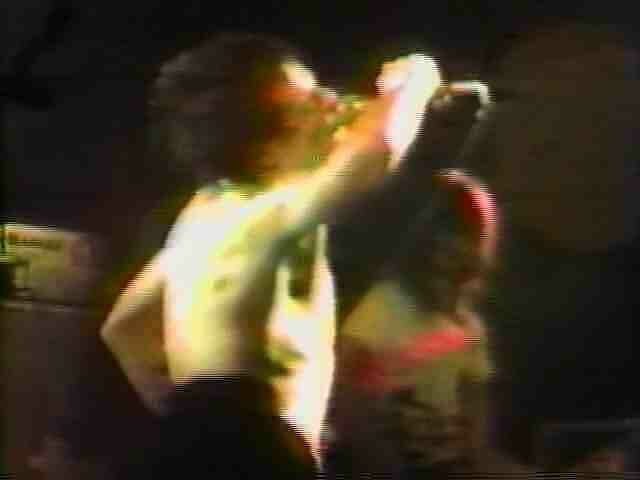 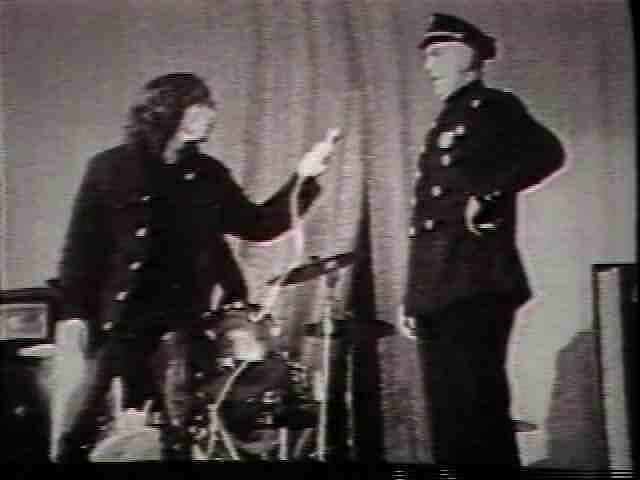 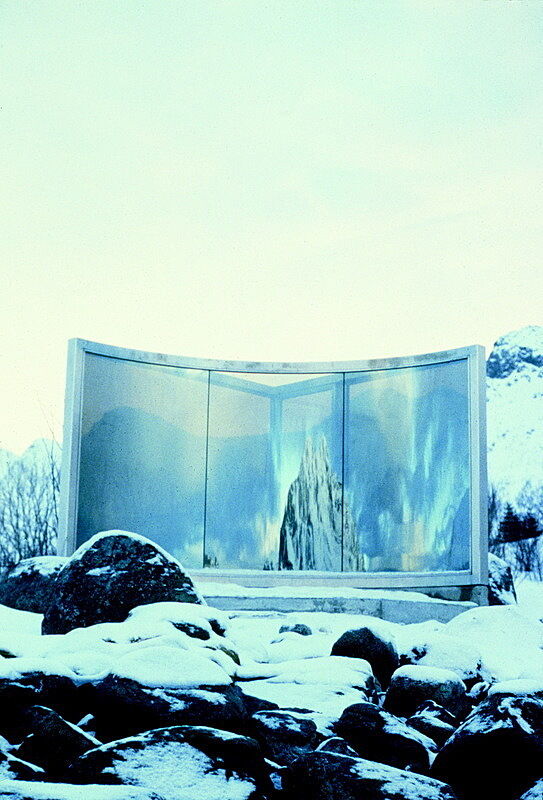 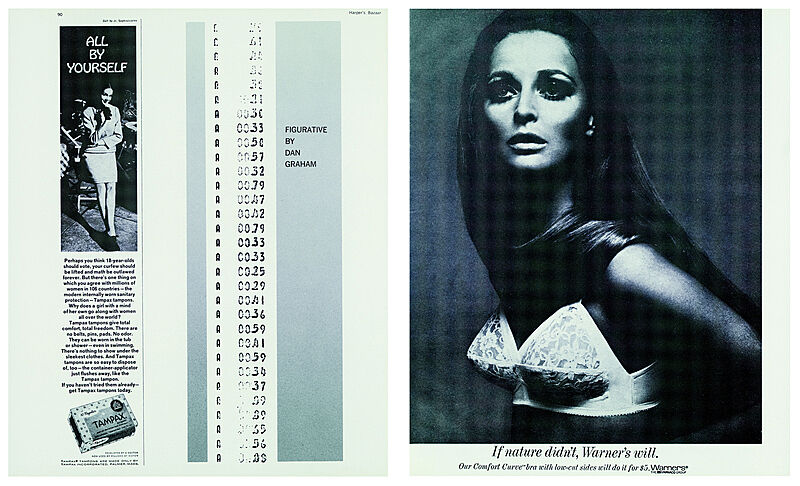 This volume, which accompanies a major retrospective organized by the Museum of Contemporary Art, Los Angeles, offers the first comprehensive survey of Graham's work. The book's design evokes magazine format and style, after Graham's important conceptual work from the 1960s in that medium. Generously illustrated in color and black and white, Dan Graham: Beyond features eight new essays, two new interviews with the artist, a section of reprints of Graham's own writing, and an animated manga-style "life of Dan Graham" narrative. It examines Graham's entire body of work, which includes designs for magazine pages, drawing, photographs, film and video, and architectural models and pavilions.

This catalogue is no longer available at the Museum Shop.

"the most important, compelling show of the New York season."
—The Washington Post

“a visual echo chamber of reflections, shadows and silhouettes--and of people seeing, being seen and watching others see.”
—The New York Times

Profile: "A Round Peg"
—The New York Times

"Jersey's Bad Boy of the Art World"
—The Star-Ledger

"Dan Graham Gets a Whitney Retro"
—The Village Voice

Profile: "Be My Mirror"
—Art in America

"An Art-World Rebel with a Cause"
—Flavorpill