On May 7, 2010 artist Kerry Tribe staged a performative reading of Hollis Frampton's experimental film, Critical Mass. Tribe directed a verbatim reenactment of the 1971 film, in which a young couple argues about their relationship in a tumultuous face-off. 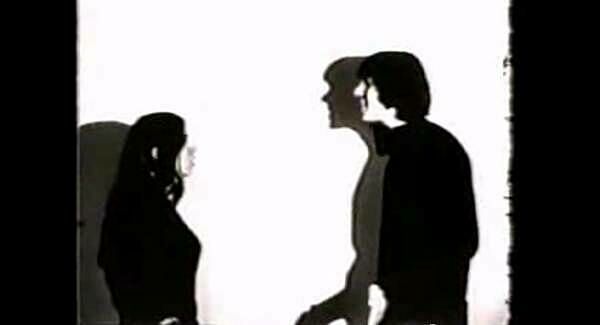 At the beginning of the film, the couple's dialogue is edited to create a stutter effect. As the words break, overlap, and repeat, the video footage and audio gradually become desynchronized.

Actors Jasmine Woods and Reed Windle perform the dialogue in front the north wall of the lower gallery. Photograph by Tiffany Oelfke

For Tribe's live performance of Critical Mass, the artist enlisted two actors with the help of a Hollywood casting agency to do a reenactment of the improvised argument that provided the basis for the film's dialogue, reconstructed without any of the disruptive cuts.

The actors moved around the Whitney's lower gallery, giving their scripted fight a sense of reality.

Woods and Windle read the film's dialogue on stage, complete with stutters and interruptions. Photograph by Tiffany Oelfke

They then took to the stage and reperformed the same dialogue, but this time with Frampton's creative editing, complete with stutters, interruptions, and breaks.

In a Q&A session following the performance, Tribe and the actors discussed the project in detail. The artist explained that, despite the insanity of the editing, she was interested in Frampton's film because she could identify with the couple's fundamental breakdown in communication.

Tribe discusses the process of restaging Critical Mass in a Q&A session. Photograph by Tiffany Oelfke

Tribe also discussed how creating a live event was in some ways similar to her film work. Many of her past film projects have explored the psychological tension between the audience's ability to identify with the characters in a film, and their simultaneous recognition that these characters are only actors. Similarly in Critical Mass, Tribe's desire for precision and a believable performance in the live restaging encouraged the audience to "oscillate between identifying and disidentifying" with the characters. While the audience knew the film's dialogue was just being reread by the actors, the stutters, repetitions, and interruptions of the audio edits and the earnest emotions of the couple made it seem unscripted.

The actors answer the audience's questions after the performance. Photograph by Tiffany Oelfke

When audience members asked the actors about their experience performing the dialogue of Critical Mass, Reed Windle said it was one of the most difficult things he's done and explained, "I think that the hardest thing about it is even in the straight script [without the edits] is that it's coming from an improv..…the majority of the dialogue is overlapping so you're trying to listen, and you're screaming, but you have to respond to something they say while trying to get out your last word. So from that standpoint it's incredibly, incredibly difficult!"

This performance was part of My Turn, a new series which invites artists to create programs for the Whitney’s public that are an extension of and informed by their own artistic processes and methods.

The last installment of My Turn during the run of the Biennial will feature Nina Berman on May 28.