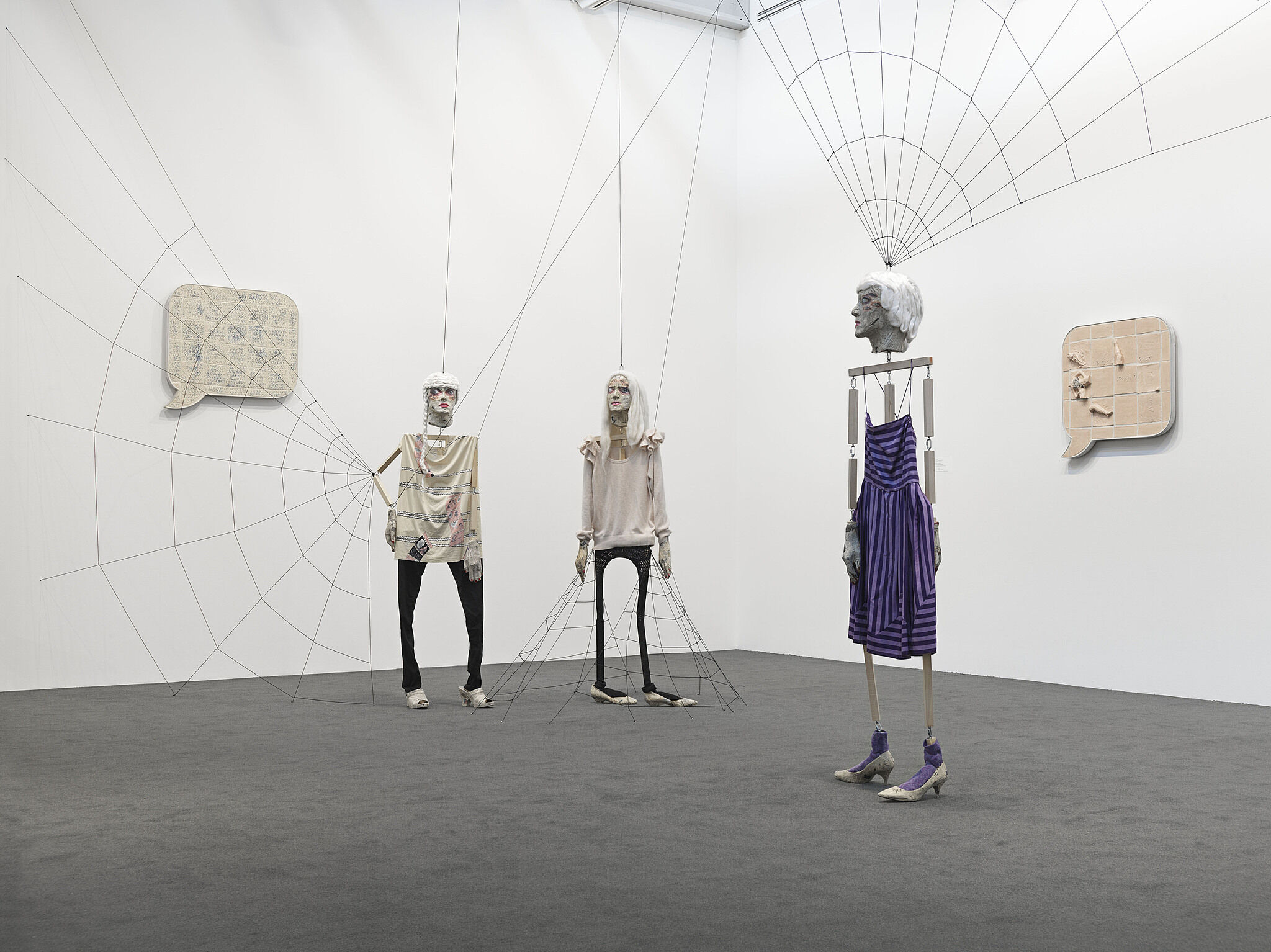 Liz Craft: I had a show of these before, and I thought the bubbles were some internal thoughts that these women were having that normally you can't read what people are thinking. I thought of them that way. Also, I thought that was the mind, and the women were these bodies.

In this case, I don't know if it's going to be that way, because the bubbles that I had before that went with the marionettes, it was more of this internal dialogue, whereas these ones, it's different. Some are like jokes, some are referencing back to the café—like what people saw in the café tables then they're going to see again in the bubble.

It's more abstracted. They're in the shape of a word bubble, but it's not really. I don't think the marionettes are saying something. It's more like some invisible idea of who would be saying that.