Adam D. Weinberg, the Alice Pratt Brown Director of the Whitney Museum of American Art, has announced that choreographer Sarah Michelson is the recipient of the seventh Bucksbaum Award. The award is given every two years to one of the artists in the Biennial; Michelson was selected by a jury from among the fifty-one artists showing in the current 2012 Biennial. The Bucksbaum Award ceremony will take place at the Whitney on Wednesday evening, April 25.

Sarah Michelson (b. 1964) is a New York-based, British-born choreographer. Her Biennial piece, Devotion Study #1—The American Dancer, commissioned by the Whitney for the 2012 Biennial, employed a text written for the occasion at Michelson’s request by another Biennial artist, theater director/playwright Richard Maxwell, founder of New York City Players.

As her epigraph, Michelson chose the following quote from the choreographer George Balanchine: “Superficial Europeans are accustomed to say that American artists have no ‘soul.’ This is wrong. America has its own spirit—cold, crystalline, luminous, hard as light…Good American dancers can express clean emotion in a manner that might almost be termed angelic. By angelic I mean the quality supposedly enjoyed by the angels, who, when they relate a tragic situation, do not themselves suffer.”

In addition to creating the concept and choreography, Michelson constructed a sound design, together with James Lo, and also created the visual design, which included design of the lighting (with Zack Tinkelman), the costumes (with James Kidd), and the floor. The dance was performed by six dancers, one of whom wore a horse’s head, upon an enormous white-painted surface depicting blueprints of the floor plans for the Whitney’s building, designed by Marcel Breuer.

Melva Bucksbaum, a Whitney trustee since 1996, launched The Bucksbaum Award in 2000. The most recent recipient, in 2010, was conceptual artist Michael Asher, whose Biennial project involved keeping the museum open around the clock for three consecutive days. In addition to Asher, the previous Bucksbaum recipients are Paul Pfeiffer (2000), Irit Batsry (2002), Raymond Pettibon (2004), Mark Bradford (2006), and Omer Fast (2008).

The Bucksbaum Award, created and produced by Tiffany & Co., is given every two years in recognition of an artist, chosen from those included in the Biennial, whose work demonstrates a singular combination of talent and imagination. The selected artist is considered by the jurors to have the potential to make a lasting impact on the history of American art, based on the excellence of past work as well as present work in the Biennial. In addition to receiving a $100,000 grant, each Bucksbaum laureate is invited to present an exhibition at the Whitney, sometime within the succeeding two years.

Funding for the Bucksbaum Award is provided by an endowment from the Martin Bucksbaum Family Foundation.

The 2012 Whitney Biennial, remains on view at the Whitney in its entirety through May 27, 2012, with portions of the show continuing into June. 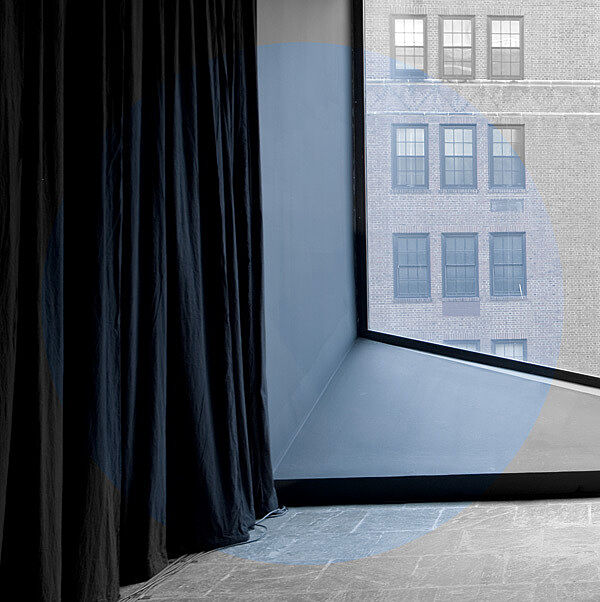