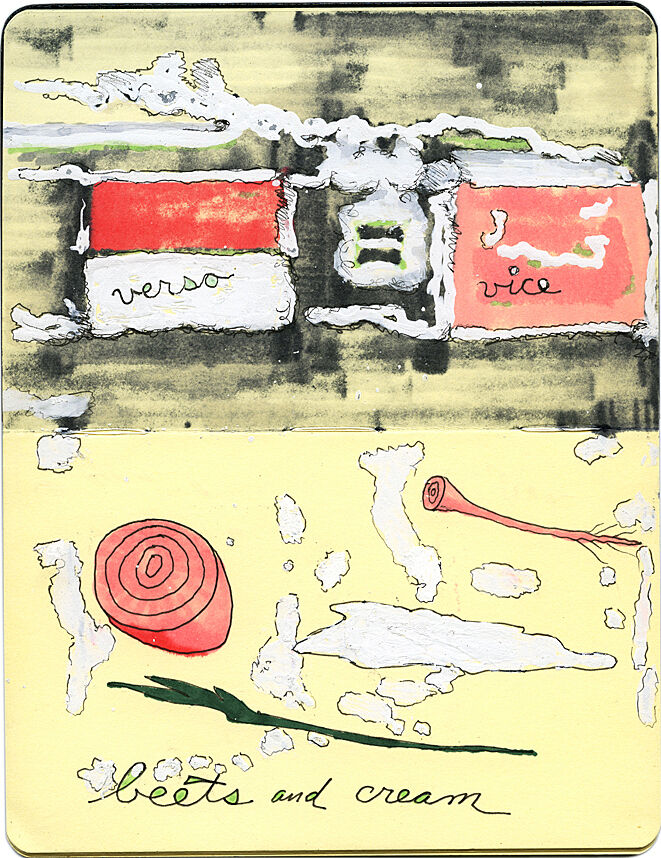 Martha Rosler: My name is Martha Rosler. I’m an artist. Allan and I were students together at UC San Diego in the early 1970s.

Narrator: Rosler and Allan Sekula were part of a group that included Fred Lonidier, whose work is exhibited on the third floor of the Biennial. They sought to change art—especially photographic media—and the art world itself.

Martha Rosler: In one way or another, together with the rest of us and separately, Allan helped devise, develop, and think through new ways of using photography, film, video, and writing to renegotiate the meaning of documentary, to return the question of politics and geopolitics to the image.

Narrator: Sekula died in August 2013. The drawings shown here are casual images he made during his final years. They were relatively private expressions, not originally intended for exhibition.

Martha Rosler: These drawings evidence Allan’s wry sense of humor at the fact that nobody in the space of a lifetime can actually hope to see the arc of social justice bending quite along the direction we all would have liked to see. It represents an acknowledgement that we might as well also have some fun with our imagery along the way, while using that spur of energy to get back in the fray with works that have a larger purchase on these very serious issues in the world.