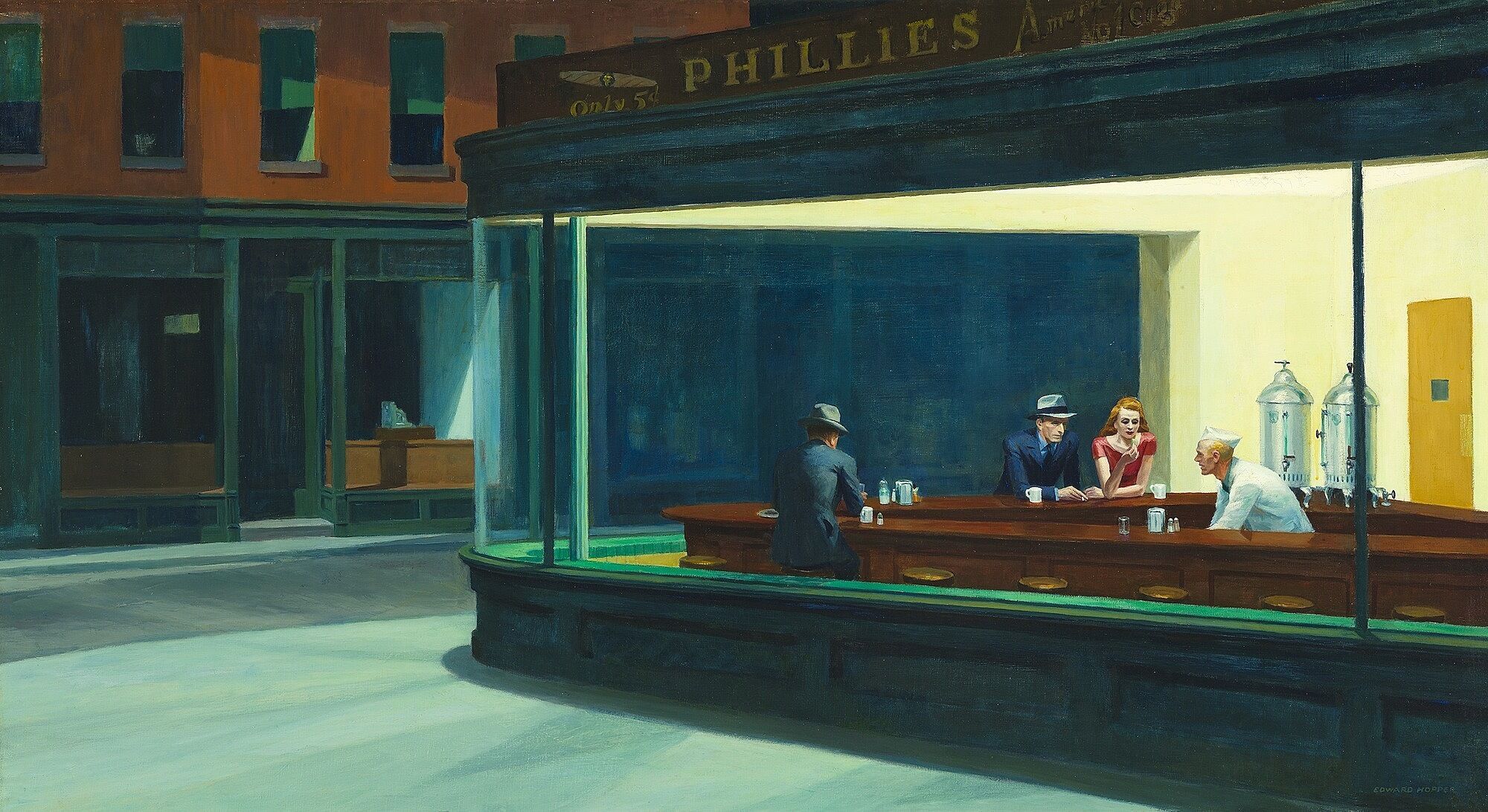 NARRATOR: In Nighthawks—probably Edward Hopper’s most famous painting—four figures come together in a late-night diner, yet seem utterly apart. One man sits by himself. The server lifts his head attentively, but doesn’t seem to interact with anyone in particular. A man and woman sit close together, but seem emotionally disconnected. Hopper puts us, as viewers, in a similar spot. The fluorescent lighting—intensely bright and completely modern when Hopper made this painting in the early forties—seems to spotlight these people for our benefit. But we’re entirely on the outside—voyeurs rather than participants. Darkness separates us from the diner, and no entrance or exit is visible. The painting isolates its viewer as completely as it does its subjects.

Hopper lived in New York’s Greenwich Village for most of his life, and frequently walked down Greenwich Avenue—a clear diagonal cut across Manhattan’s foursquare grid of streets and avenues. He once said that Nighthawks was “suggested by a restaurant on Greenwich Avenue where two streets meet.” The acute angles of such intersections lead to a very specific shape of building—one that Hopper obviously studied.

Take a good look at the drawings in this room. You’ll see Hopper trying to get certain details exactly right: the position of the coffee urn and the salt and pepper shakers, and the rumples in the back of one man’s coat. You’ll notice that while Nighthawks is a psychologically mysterious work, it’s clearly based on Hopper’s direct observation of the world.

At the end of this program, there’s a video where curator Carter Foster takes us on a walk through Edward Hopper’s New York. He focuses on Nighthawks and acute-angled corners like this one.