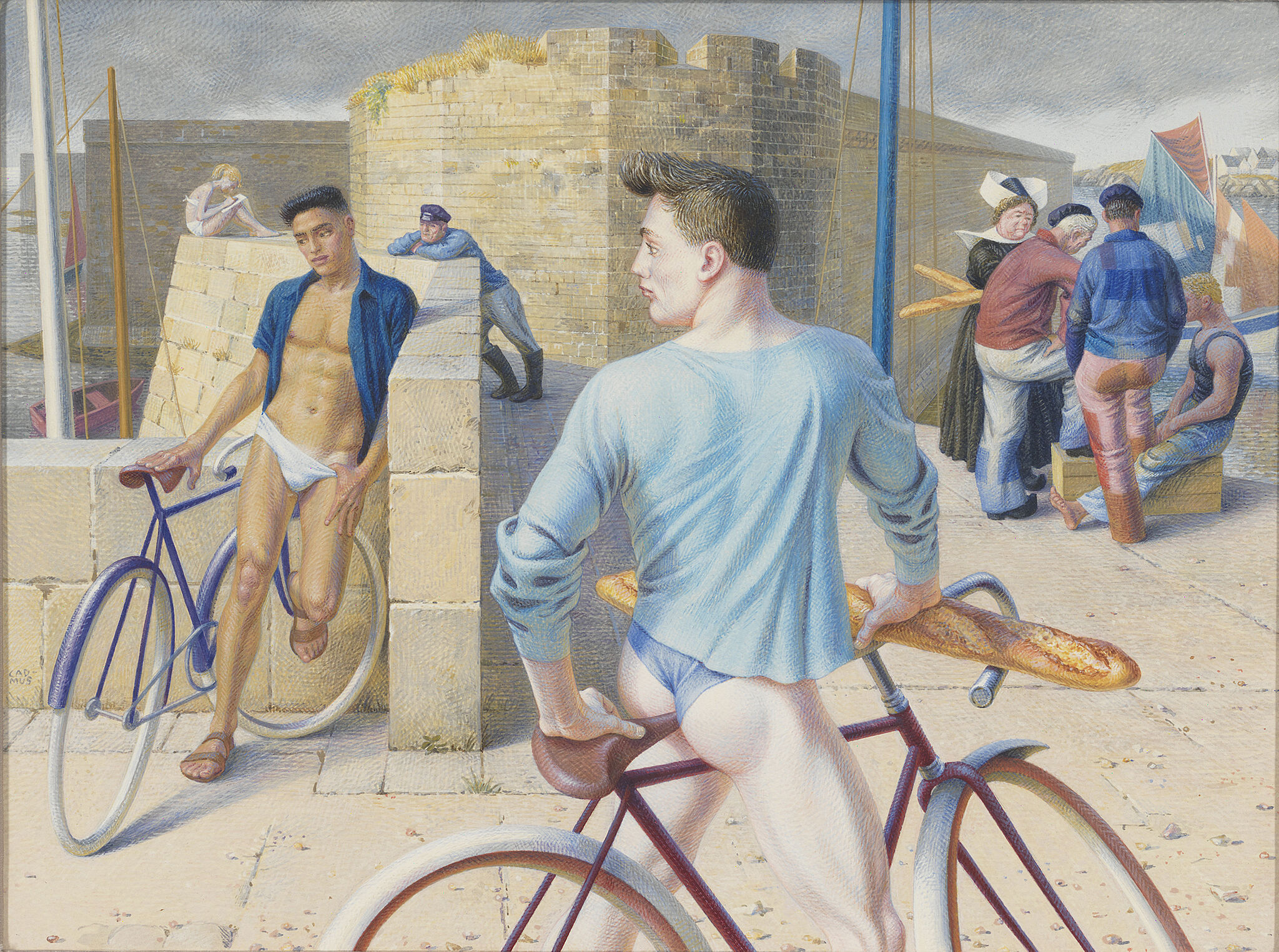 Narrator: Finistère—the French region that lends this Paul Cadmus painting its name—is in the far west of Brittany, where the English Channel and the Atlantic meet.

The painting’s two main figures are young men on bicycles. Each wears nothing but a shirt and revealing swim briefs. They have the bodies of Classical or Renaissance nudes: idealized and strong. Cadmus was deeply influenced by Italian Renaissance painting. Here, he’s even executed the work in egg tempera, a painstaking medium that most artists had given up by the later sixteenth century.

The picture’s mood is a little odd. The sea wall is labyrinthine, and blocks most of the ocean view. Hardly anyone is looking at each other, and it’s not entirely clear what’s going on. Most of the figures seem intent on their private thoughts or business. There’s a strange huddle of people to the right, including a woman in traditional Breton costume. She adds to the painting’s slightly surreal quality—but perhaps also hints at the presence of conservative society.

The two central men aren’t making eye contact either, but they do seem to be communicating. In this way, the painting is slyly humorous about how homoerotic desire can hide in plain sight—even at a time when that desire was essentially forbidden.