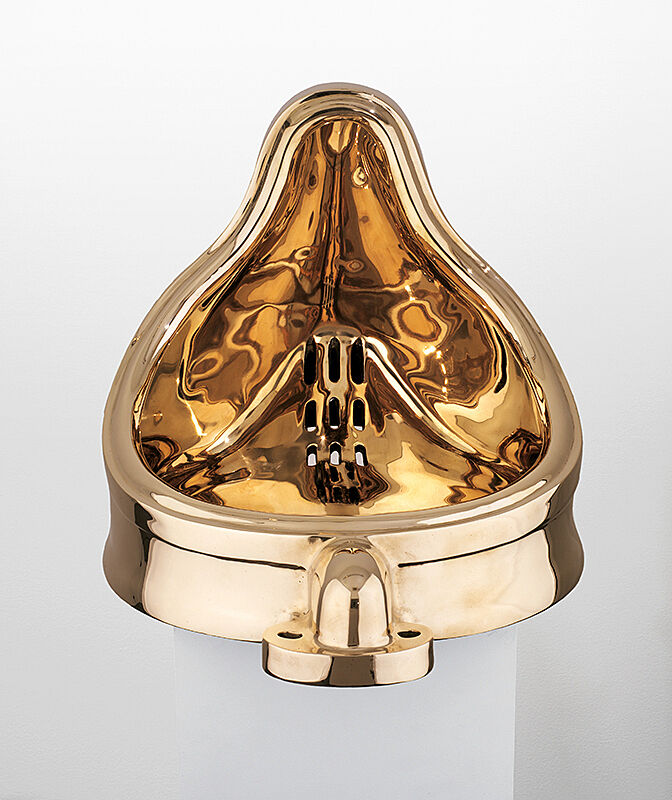 Narrator: In 1917, the artist Marcel Duchamp purchased a urinal and submitted it to a juried exhibition held by the Society of Independent Artists. He called it Fountain. Sherrie Levine’s Fountains—bronze casts of a urinal similar to the one Duchamp chose—put Duchamp’s readymade sculpture in a new light.

Thomas Crow: It's usually seen simply as an anti‑art gesture. Anything can be art, the worst thing, the thing that you don't want to look at in public can be art.

Narrator: Duchamp was well aware that Fountain would be perceived this way. But he also saw a beauty in the porcelain object – a purity of form that recalled the sculpture of his contemporary Constantin Brancusi.

Thomas Crow: The "Fountain" is in its way a found Brancusi.

Thomas Crow: Brancusi used polished cast bronze as one of his characteristic materials.By melding the material and the approach of Brancusi with the gesture of Duchamp, you actually restore the original gesture and make it something that you can actually see, rather than just assimilate as a notion or an idea. That is, I think, the strength of her work throughout, the way that she situates herself in a genealogy of artistic practice that is important to her, that is important to lots of other artists besides her.

She is able to make that connection explicit, available to the viewer, rather than something that you would just learn by going and reading a critic or taking an art history class.