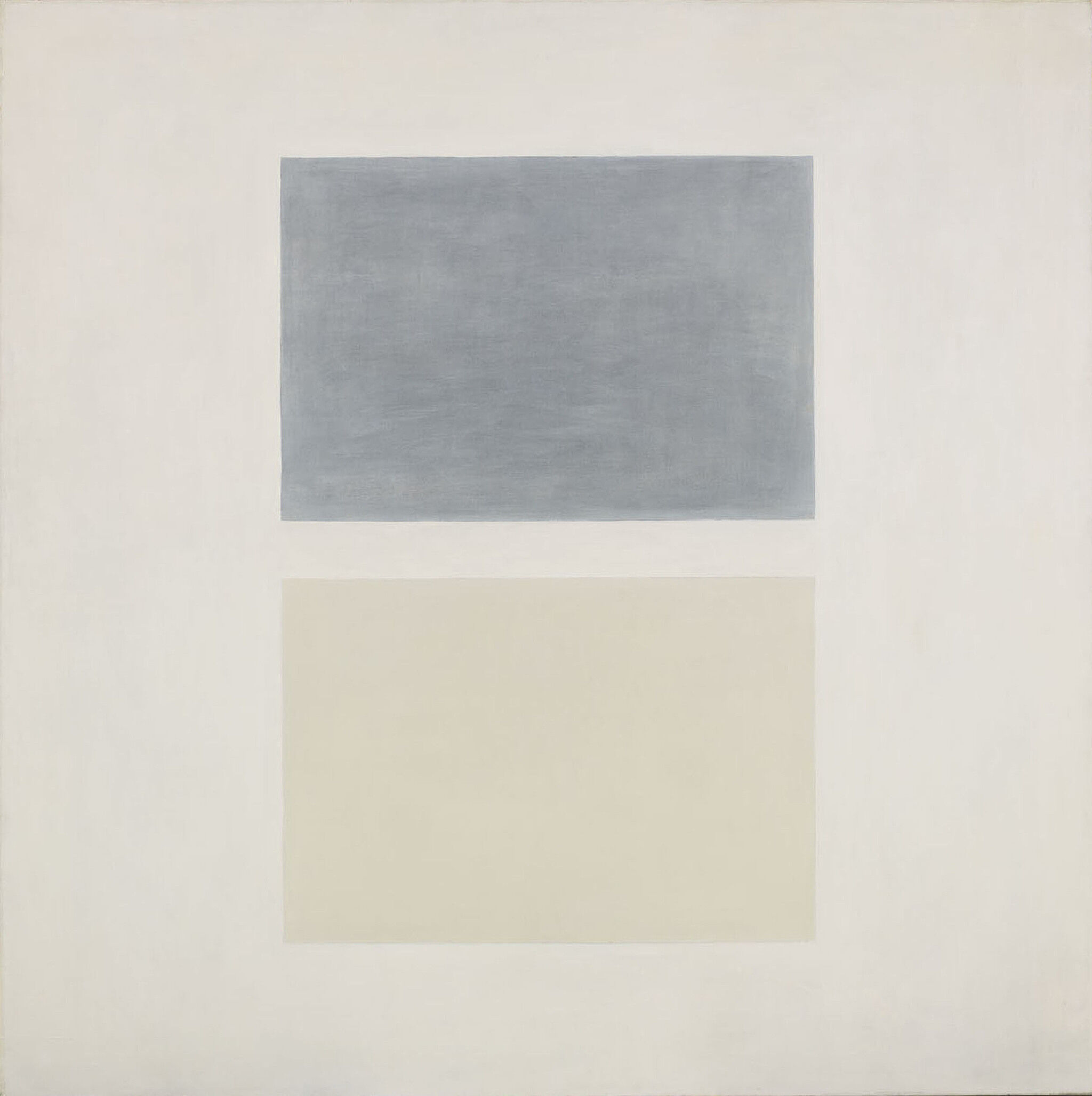 Narrator: “Look between the rain,” Agnes Martin once advised. She spent a lifetime trying to capture that impossible space in paintings that are utterly quiet and refined. Martin confined herself to a universal vocabulary of geometric shapes. Here, two rectangles hover over a neutral ground. By brushing on layer upon layer of diluted paint, she achieved translucent, atmospheric color.

Martin hoped that viewers contemplating her paintings would be drawn into an almost transcendent state of consciousness—beyond time, dimension, or form. Still the painting is linked with earthly experiences—the brushy blue color evokes sea and sky.

Agnes Martin was born in Canada in 1912. In the 1960s, she lived in New York, where her work received high critical acclaim. Martin imbued the geometry of Minimalism, the major art movement of the period, with texture, gesture, and emotion. She spent the last thirty years of her life working in relative isolation in New Mexico, where she died in 2004.