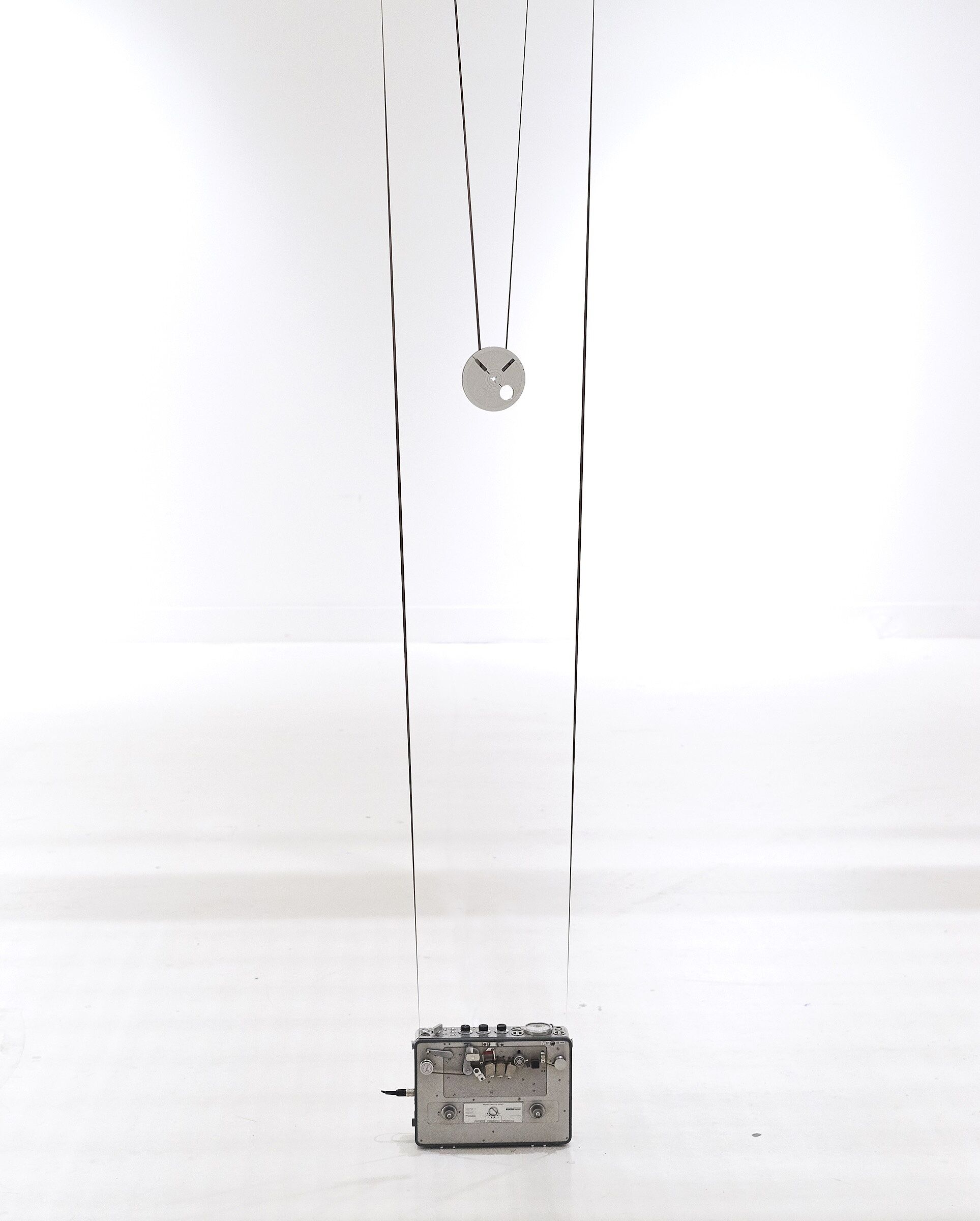 Narrator: Marcus Fischer made Words of Concern while working as an artist in residence at the Robert Rauschenberg Foundation, in Captiva, Florida. He was there in the weeks leading up to the 2017 presidential inauguration.

Marcus Fischer: I sent a call out to the other artists that were there, just inviting them into my studio space. I made a little dark sound booth and put a microphone in there, and just invited people to come and I just wanted them to list everything that they were worried about going forward with the new administration. It was staggering. With the first couple of people who came in, a lot of the concerns that people had listed were the same.

So in the editing process, I stacked the voices when people would say the same thing. So it was a chorus of voices concerned about the environment, concerned about racism, and sexism, and corruption.

Narrator: On the day of the inauguration, Fischer installed the work in a large room that had been Robert Rauschenberg’s studio.

Marcus Fischer: People would come throughout the day and sit with it and listen, and there was pretty much a news embargo that day.

It was kind of somber and sobering. And looking forward, it's stunning how many things people listed really came true and then some.