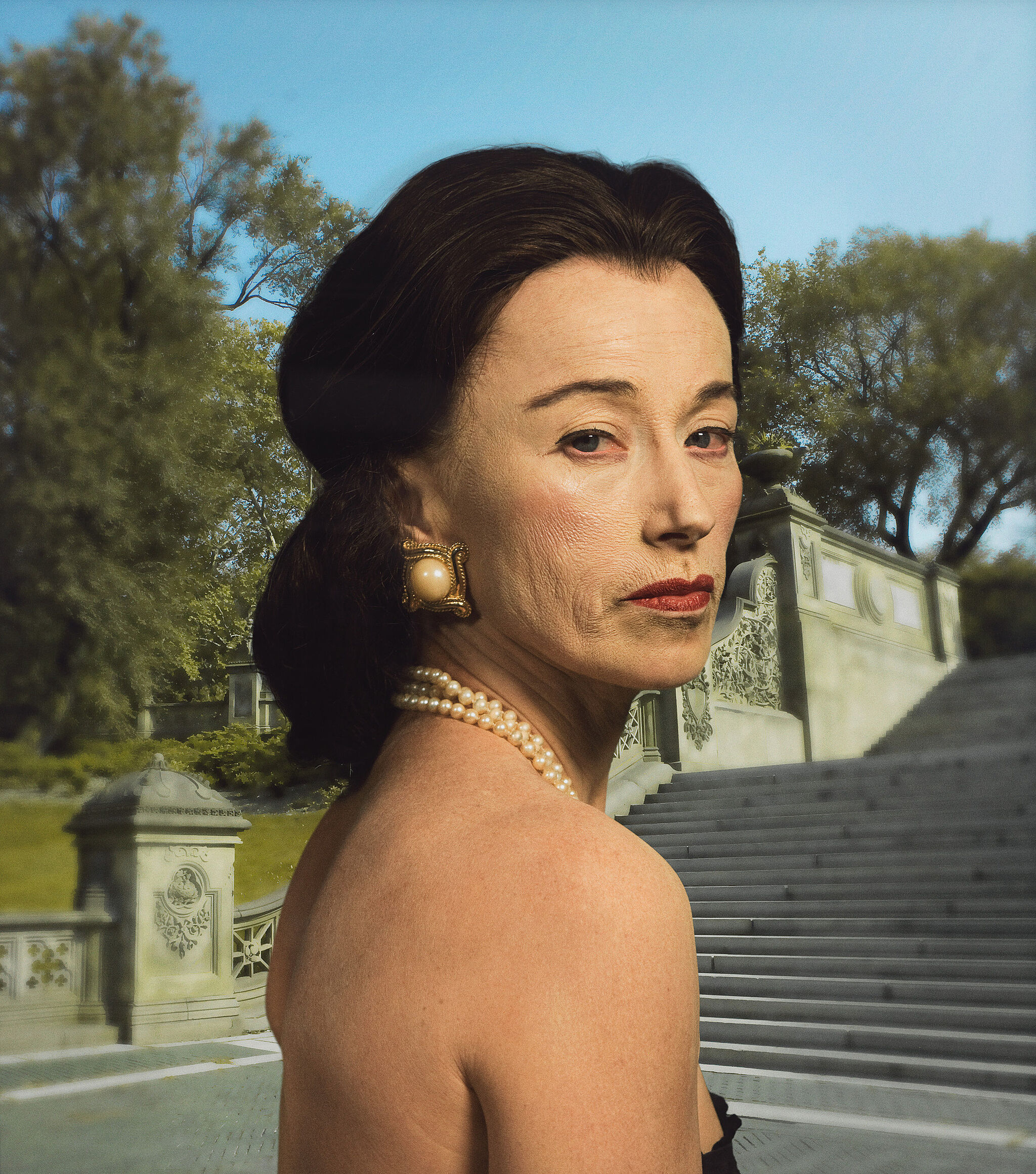 Narrator: A woman glances over her shoulder, framed by signs of luxury: elaborate jewelry, a hint of a ball gown, and a palatial formal garden. Her gaze is rather haughty, but also seems to hint at something else—perhaps dissatisfaction or bitterness. At the very least, her face betrays a struggle with her advancing age. Her mouth is pinched and wrinkled, while her forehead seems almost too smooth, and her hair unnaturally dark.

This photograph comes from a series of society portraits by Cindy Sherman. To make these images, Sherman transformed her own appearance using wigs, thick pancake makeup, and costumes. She photographed herself against a green screen, and then Photoshopped her images into opulent backgrounds. The resulting characters seem artificial, and at odds with their surroundings.

Sherman made her society portraits in 2008, when the real estate bubble had hit its peak and the economy was on the verge of collapse. The works suggest an age of excess, a status-obsessed society. This image seems, in part, to critique that society—even to mock its members, cruelly exposing their flaws. At the same time, though, there is something tragic about the work, as if the woman were caught in a trap that is largely self-imposed.