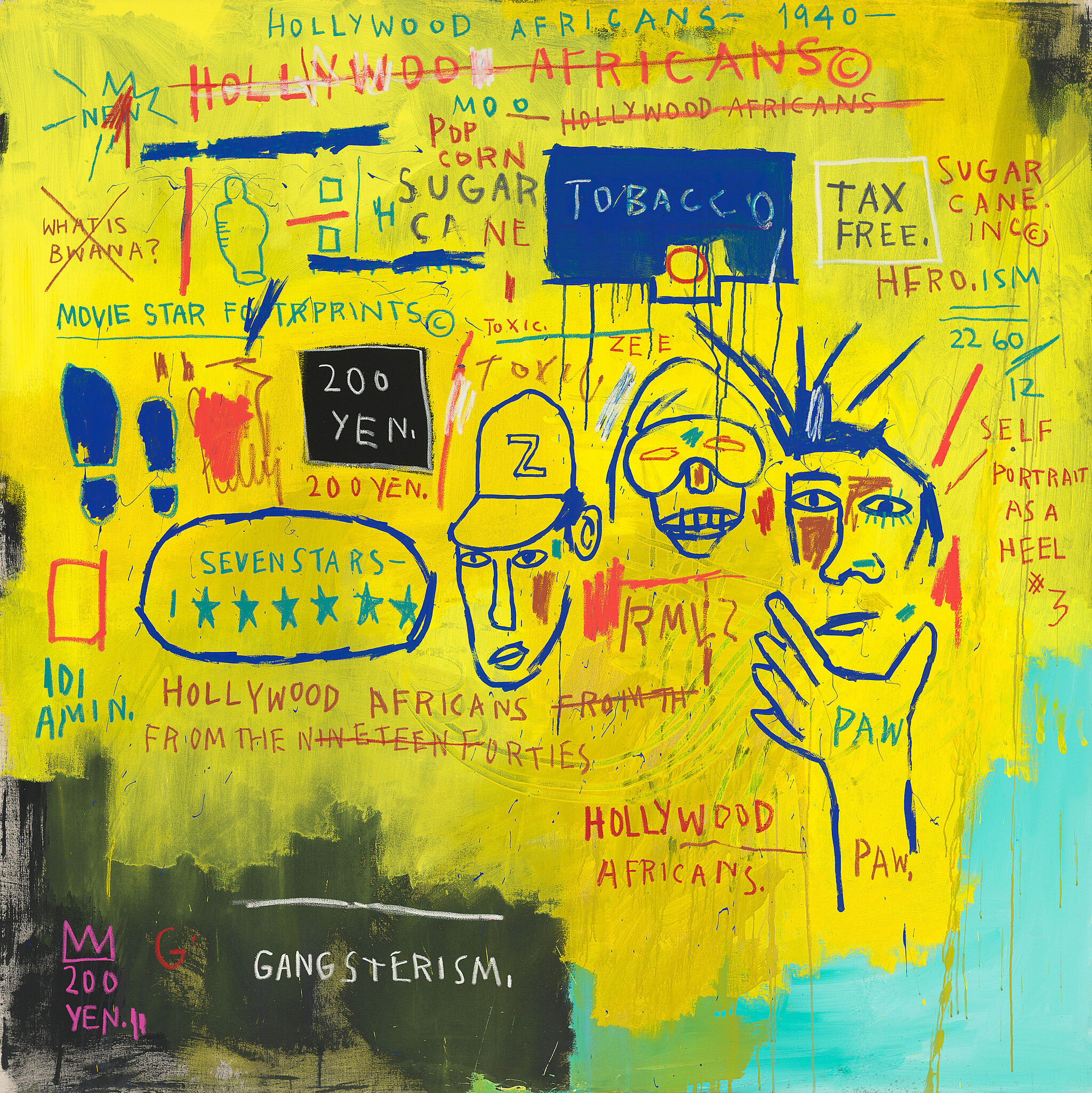 Adam Weinberg: Thelma Golden is director and chief curator of the Studio Museum in Harlem.

Thelma Golden: At the core of this painting is a self-portrait of Basquiat himself and his two friends, Toxic and Ramellzee, who were also artists of that era who had traveled with him to L.A., so in many ways, the painting is a document of this trip that they made out to California, encountering out there both the art world as well as the music world, that they were hanging out in. I think it’s obvious to look at Hollywood Africans as a critique of the way in which black people have been portrayed in Hollywood film.

But I think, given when this painting was made in 1983, Basquiat was making a more complicated comment about the ideas of freedom and ownership as it related to the Hollywood arena. I often think of this painting, Hollywood Africans, as referring not just to those portrayals of Africa, the stereotypes of Africa in films like Tarzan and the way in which Africans were portrayed, but more a contemporary comment about the role of black people in the film world, right? That they are stars, but yet still, culture defines the way in which they’re understood. So it, to me, seems often like he wasn’t just making a comment about the past, but he was really making—not a comment or a critique—but a statement about the present.