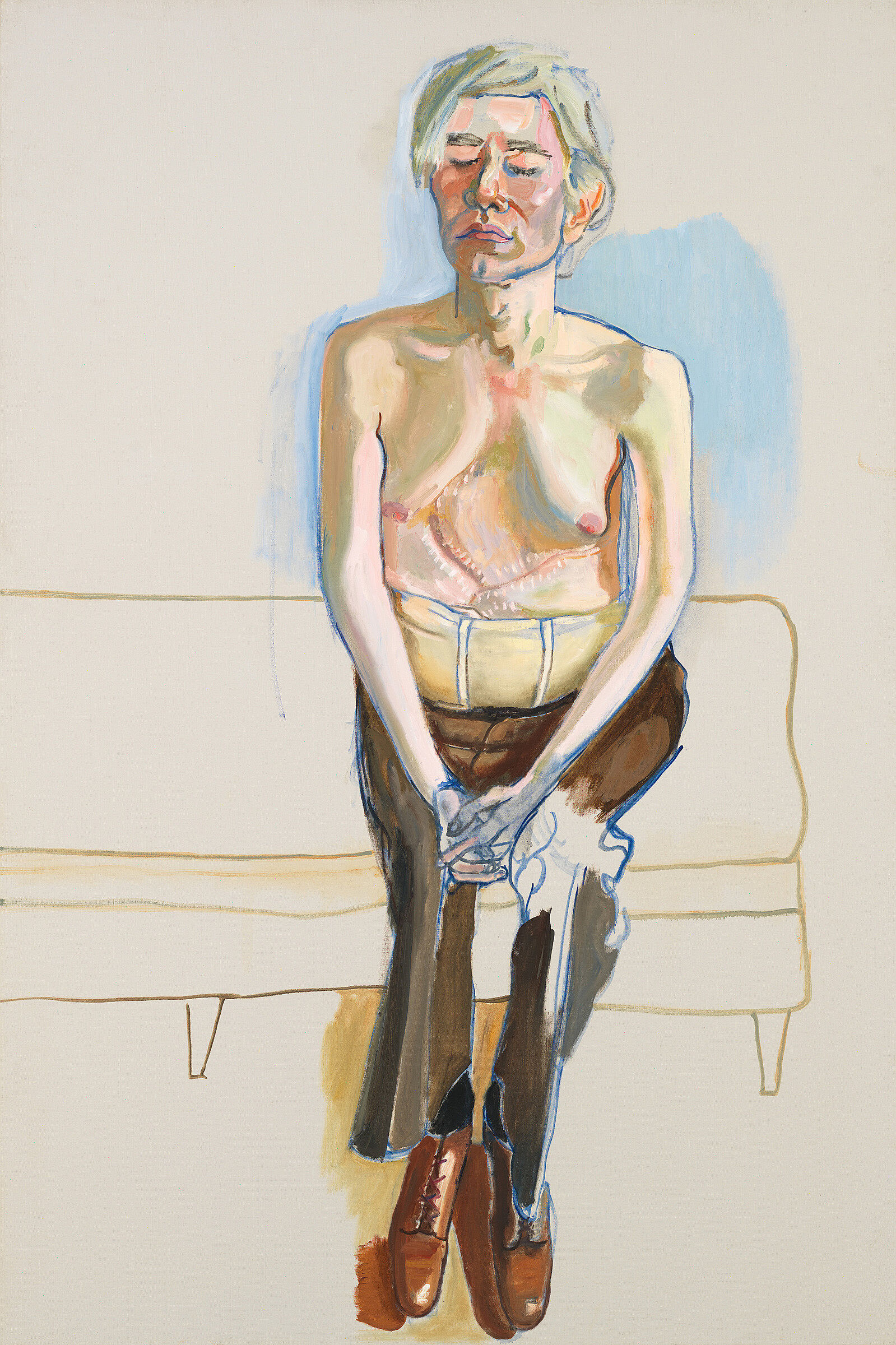 Trevor Fairbrother: It’s an interesting year for both of these artists. Alice Neel was actually seventy years old when she painted it, and in a sense was just hitting her stride as an important American realist. She’d had an incredible career since the thirties, but she hadn’t really had much recognition until the wave of feminist interest in the arts in the sixties. And suddenly she was a forebear for a whole new generation of feminist artists and writers.

Narrator: The late sixties were much harder on Warhol. He’d been shot two years before Neel painted this portrait—an attempted assassination by a member of his artistic circle. In posing shirtless for Neel, he exposes the corset that he was required to wear for the rest of his life. He also bares his aging body, his chest sagging so that he almost appears to have breasts.

Trevor Fairbrother: She shows him—I think it’s this kind of essence of loneliness and vulnerability, but at the same time I think she knows that he knows that everybody is looking at him. He was very much invested in famous artists. He wanted to be a kind of brand-name Pop artist, and he certainly is that now, long after his death. He, Warhol, in a sense is rising to her challenge to sit for her, to be painted and to take his clothes off. And so in a sense he’s doing a brave thing, but he’s also―he’s getting through it by shutting his eyes and being very focused internally.

I think part of the soulfulness of this picture is the fact that it might seem unfinished. I wouldn’t say it’s unfinished. I think she decided she had what she needed, and she stopped where she was ready to stop. The picture doesn’t need more.