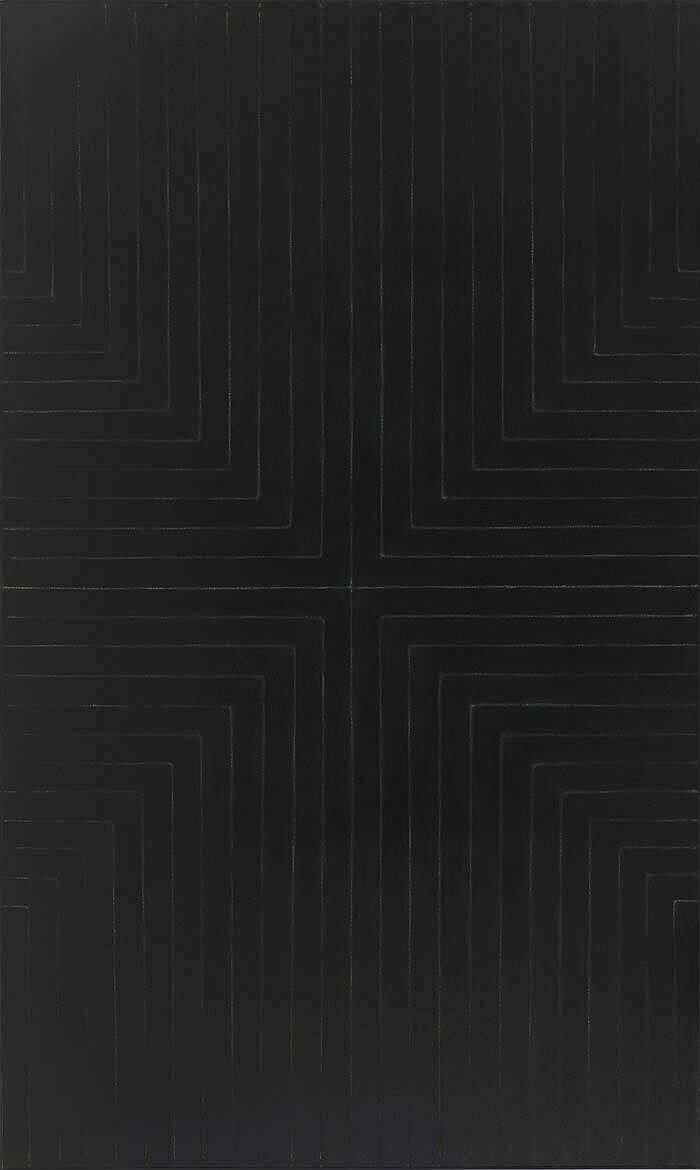 Frank Stella: I had this notion that, not so much the flatness, but the surface of the paintings would have a kind of integrity. They would uphold themselves and then you couldn’t move around inside the painting or follow the gestures or anything like that. It was a kind of all-or-nothing gesture.

Basically what I grew up with was anti-illusionistic bias. There was a lot of talk about truth to materials and having the sense that the surface was what it was, flat. The idea was to make paintings available―you know the cliché at the time was “eyesight alone,” but direct. So it was kind of like a visual imprint, so that when you saw something you reacted. Actually the feeling was, giving feelings to your eyesight, as it were, rather than taking one more step back into your psyche.

Narrator: Stella called this painting Die Fahne hoch! or “the flag on high.” The phrase comes from the first line of a Nazi anthem. Stella gave other works titles that explicitly recalled the Holocaust. To hear him talk about these titles, please tap your screen.