For Edward Hopper, New York was a city that existed in the mind as well as on the map, a place that took shape through lived experience, memory, and the collective imagination. It was, he reflected late in life, “the American city that I know best and like most.”

The city of New York was Hopper’s home for nearly six decades (1908–67), a period that spans his entire mature career. Hopper’s New York was not an exacting portrait of the twentieth-century metropolis. During his lifetime, the city underwent tremendous development—skyscrapers reached record-breaking heights, construction sites roared across the five boroughs, and an increasingly diverse population boomed—yet his depictions of New York remained human-scale and largely unpopulated. Eschewing the city’s iconic skyline and picturesque landmarks, such as the Brooklyn Bridge and the Empire State Building, Hopper instead turned his attention to its unsung utilitarian structures and out-of-the-way corners, drawn to the awkward collisions of new and old, civic and residential, public and private that captured the paradoxes of the changing city. Edward Hopper’s New York charts the artist’s enduring fascination with the city, revealing a vision of New York that is as much a manifestation of Hopper himself as it is a record of the city around him.

Edward Hopper’s New York takes a comprehensive look at Hopper’s life and work, from his early impressions of New York in sketches, prints, and illustrations, to his late paintings, in which the city served as a backdrop for his evocative distillations of urban experience. Drawing from the Whitney’s extensive holdings and amplified by key loans, the exhibition brings together many of Hopper’s iconic city pictures as well as several lesser-known yet critically important examples. The presentation is significantly informed by a variety of materials from the Museum’s recently acquired Sanborn Hopper Archive—printed ephemera, correspondence, photographs, and journals that together inspire new insights into Hopper’s life in the city. By exploring the artist’s work through the lens of New York, the exhibition offers a fresh take on this formidable figure and considers the city itself as a lead actor.

This exhibition is organized by Kim Conaty, Steven and Ann Ames Curator of Drawings and Prints, with Melinda Lang, Senior Curatorial Assistant.

This exhibition is also sponsored by

The City in Print 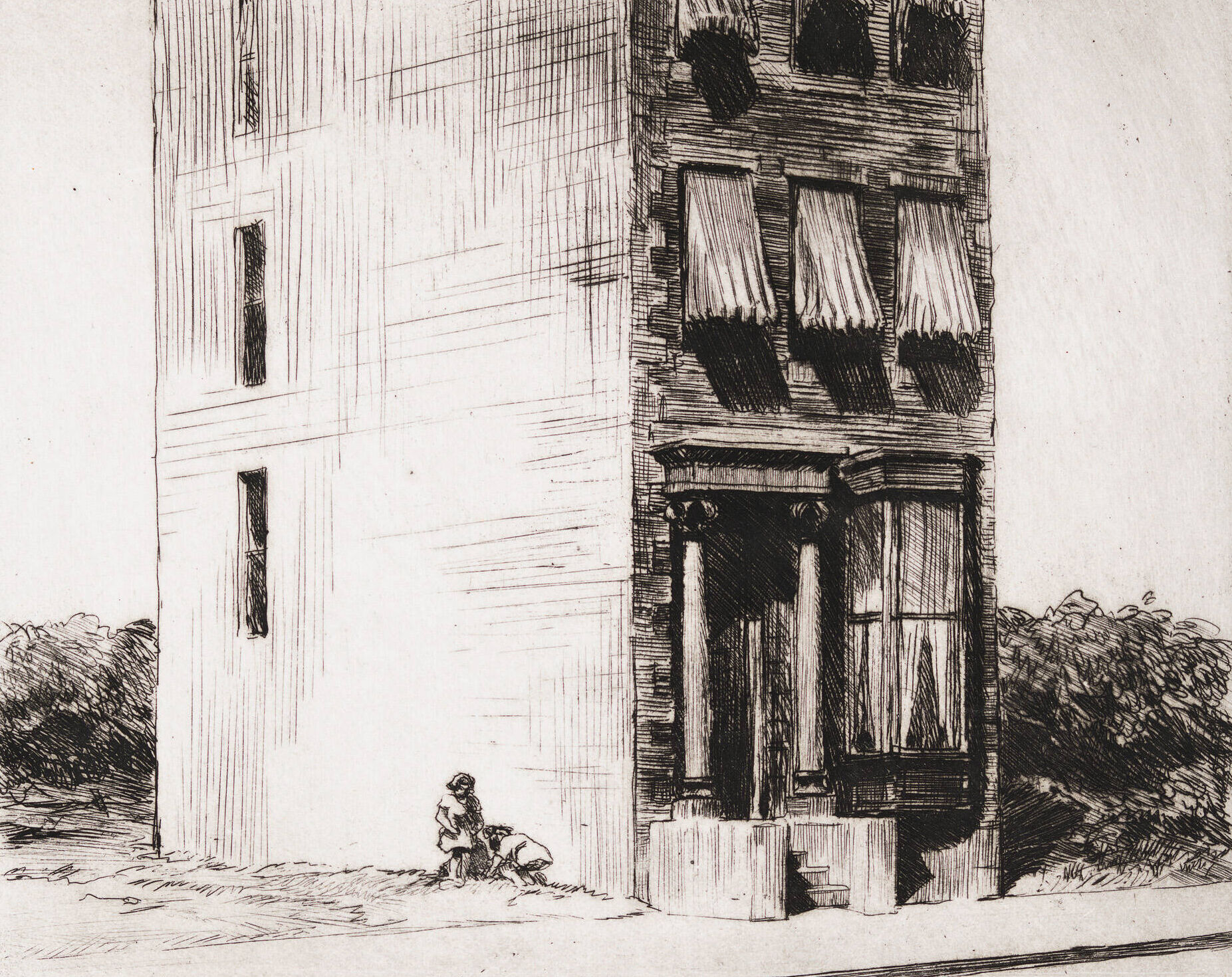 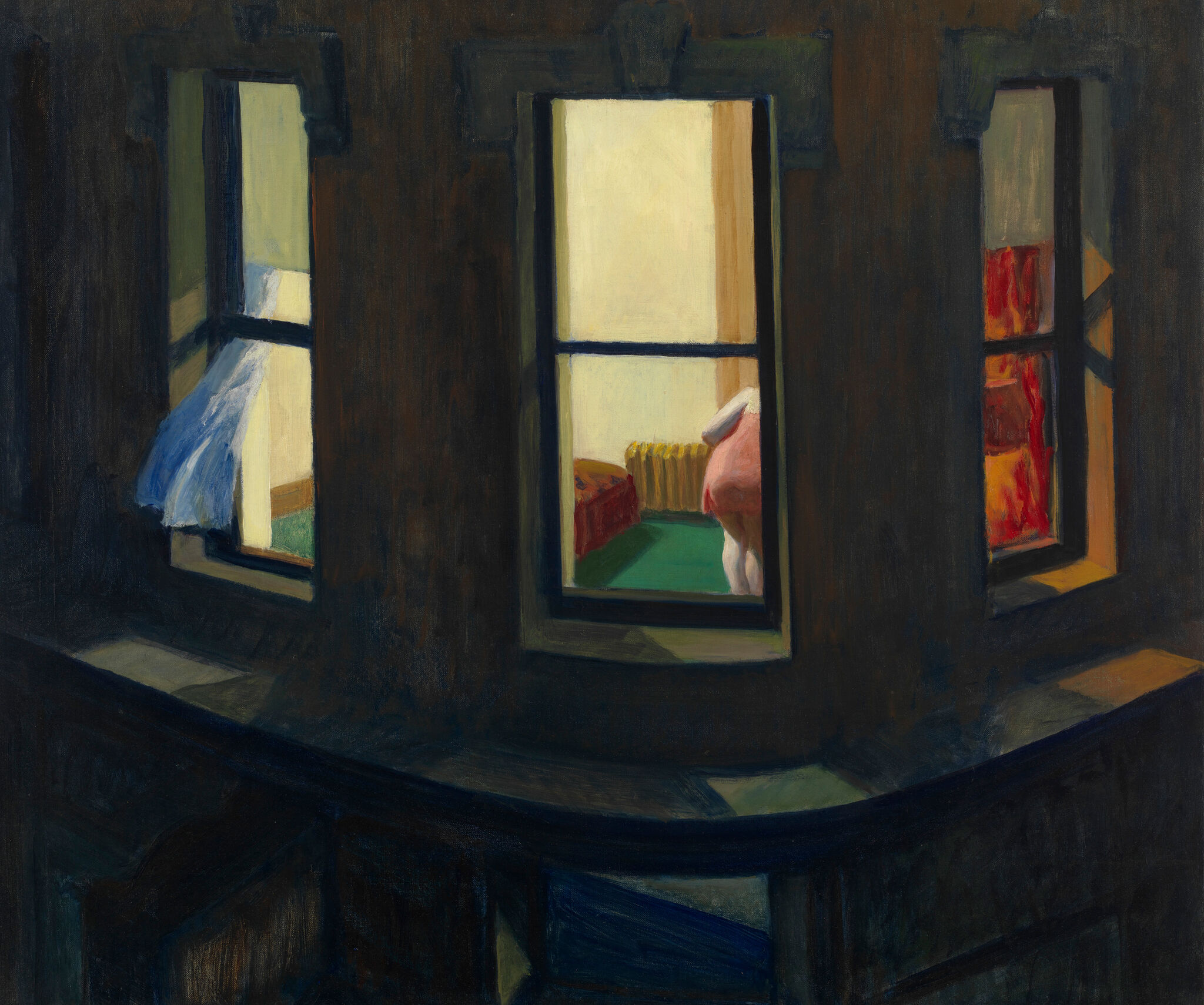 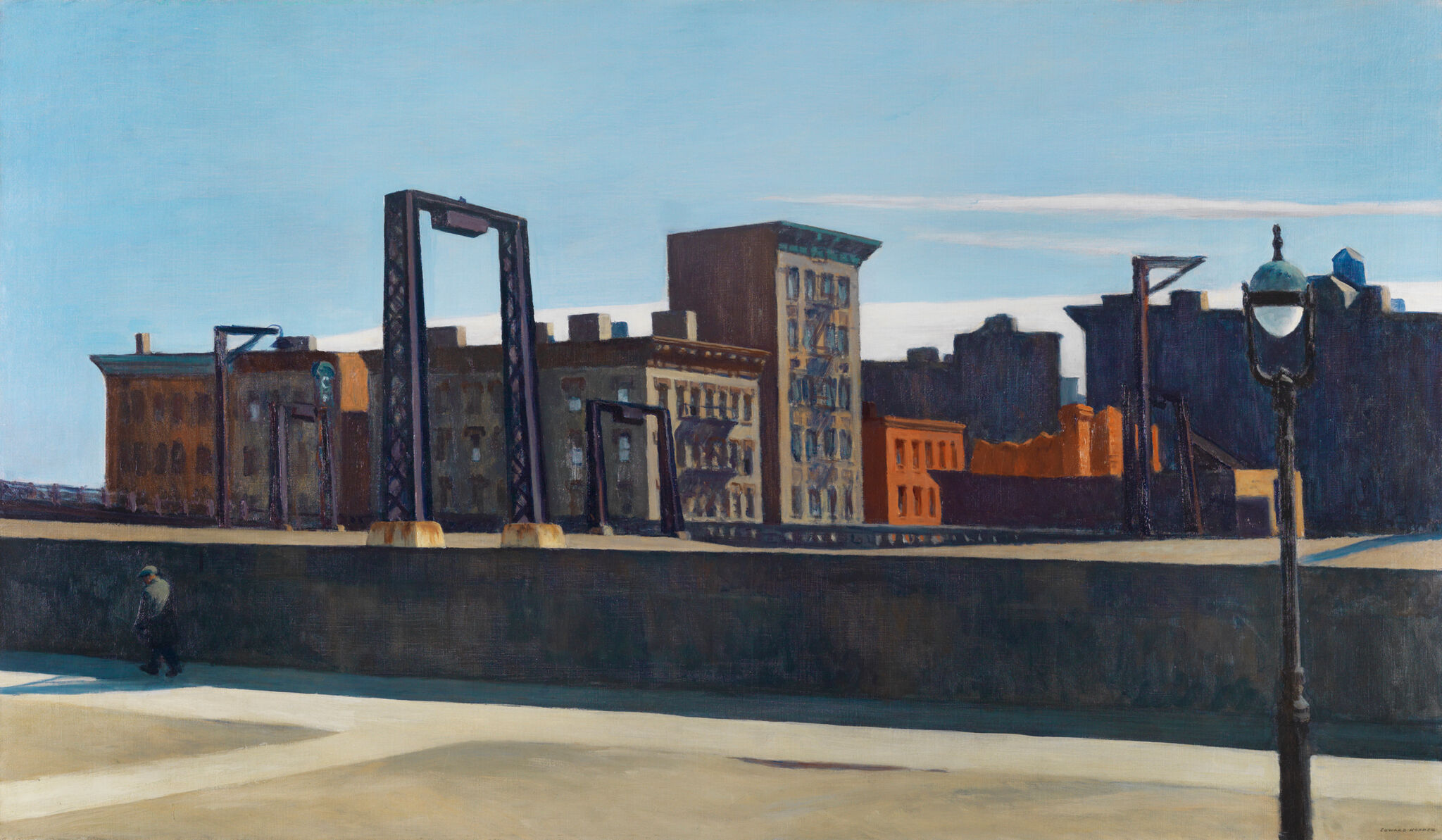 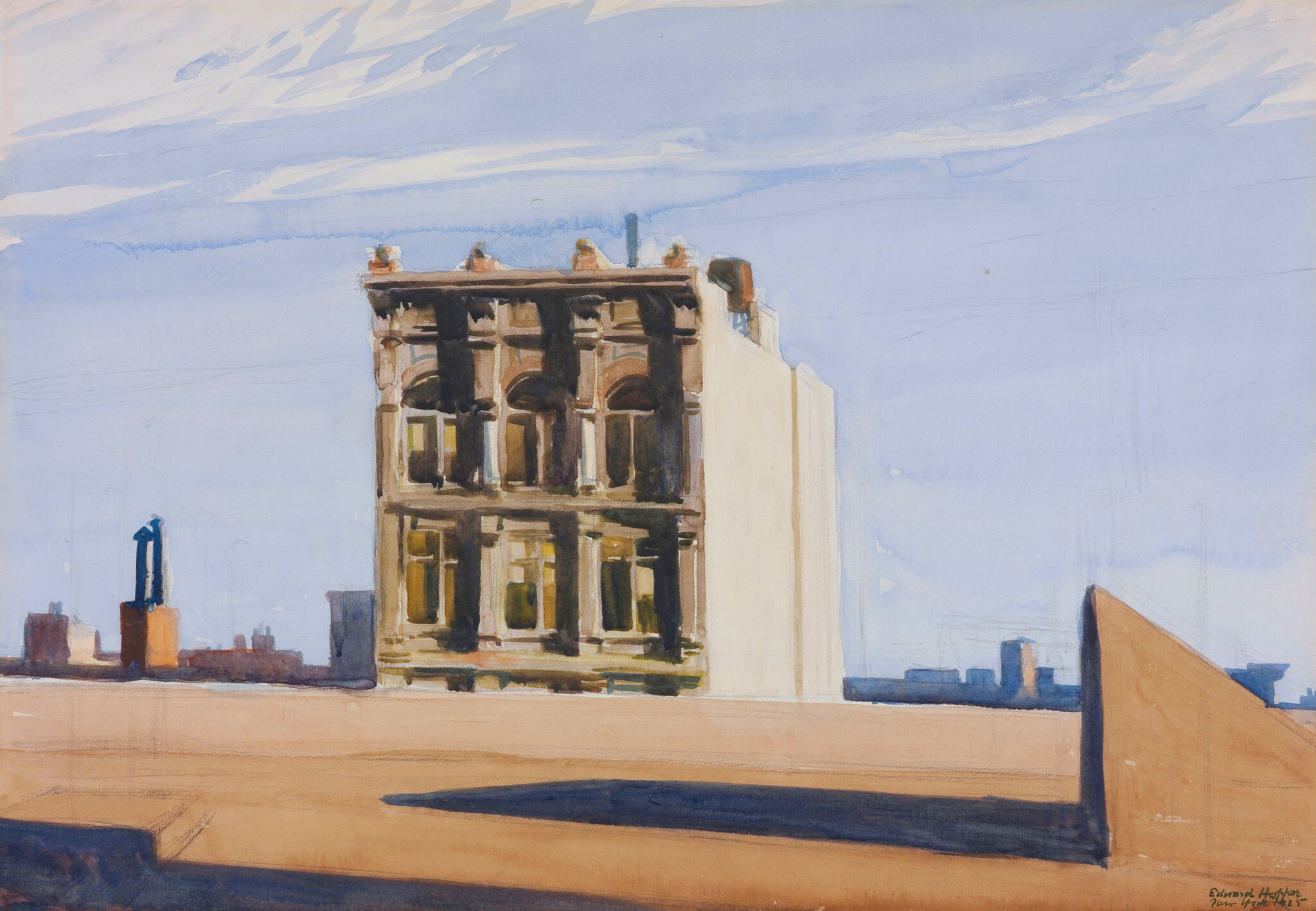 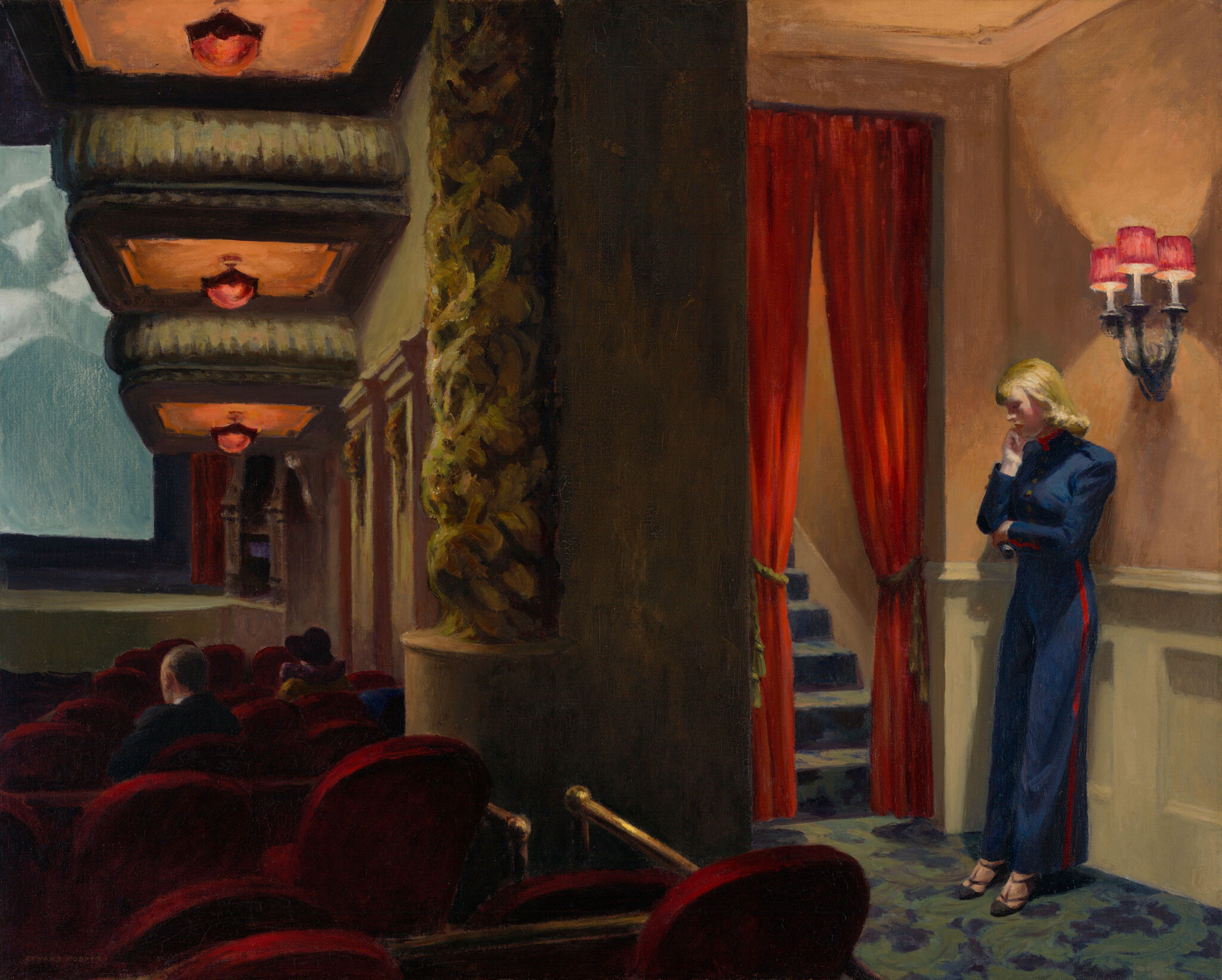 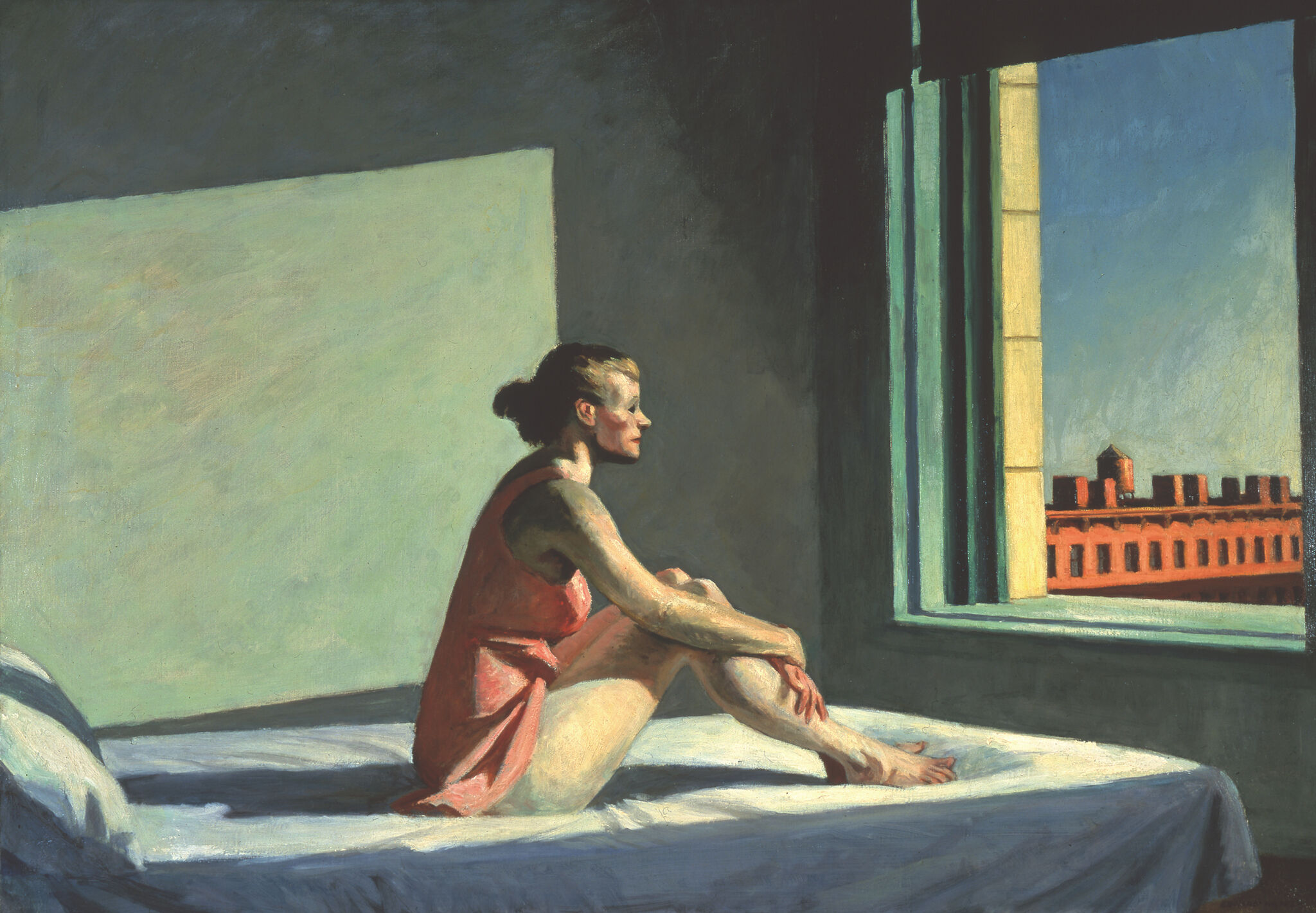 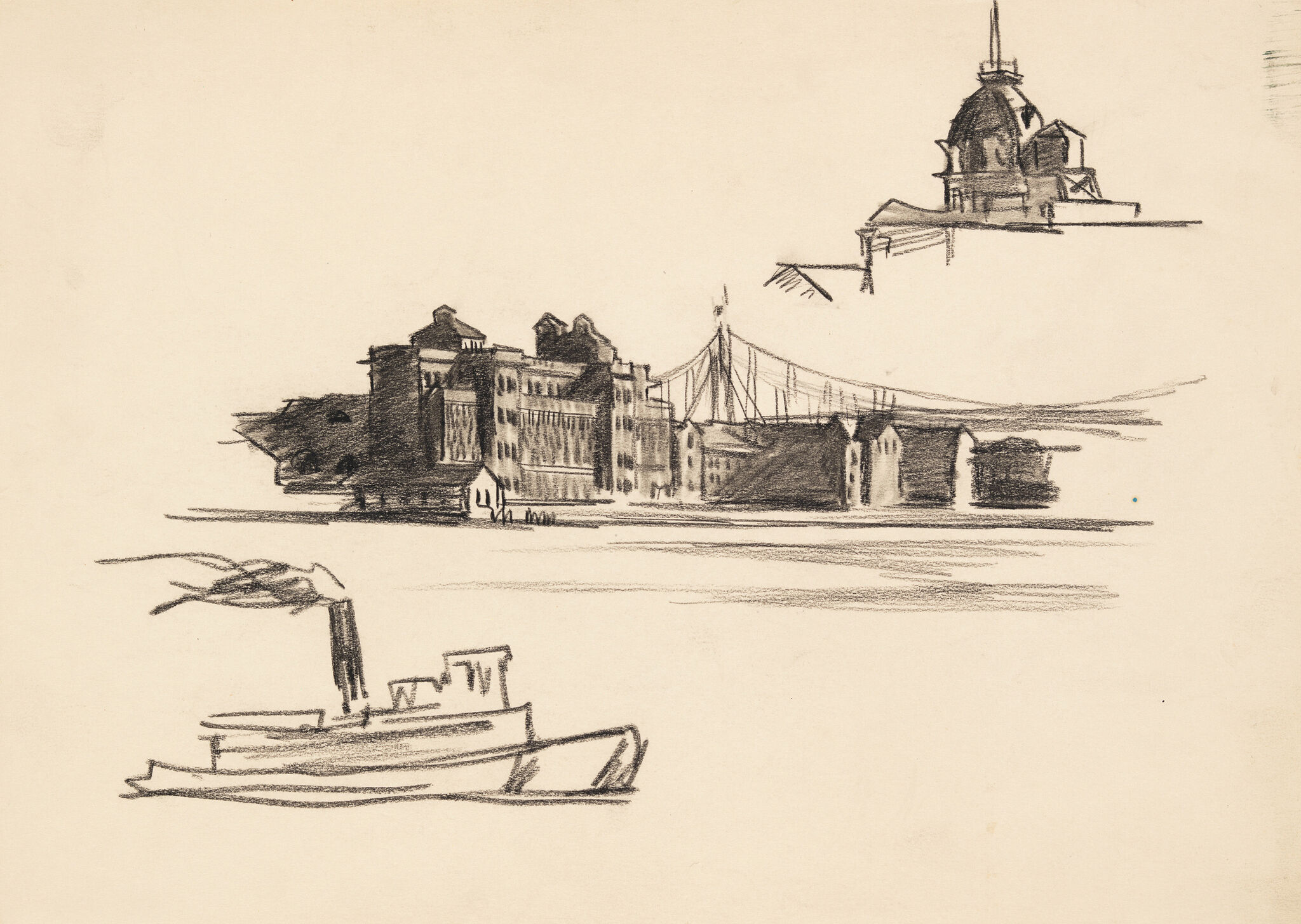 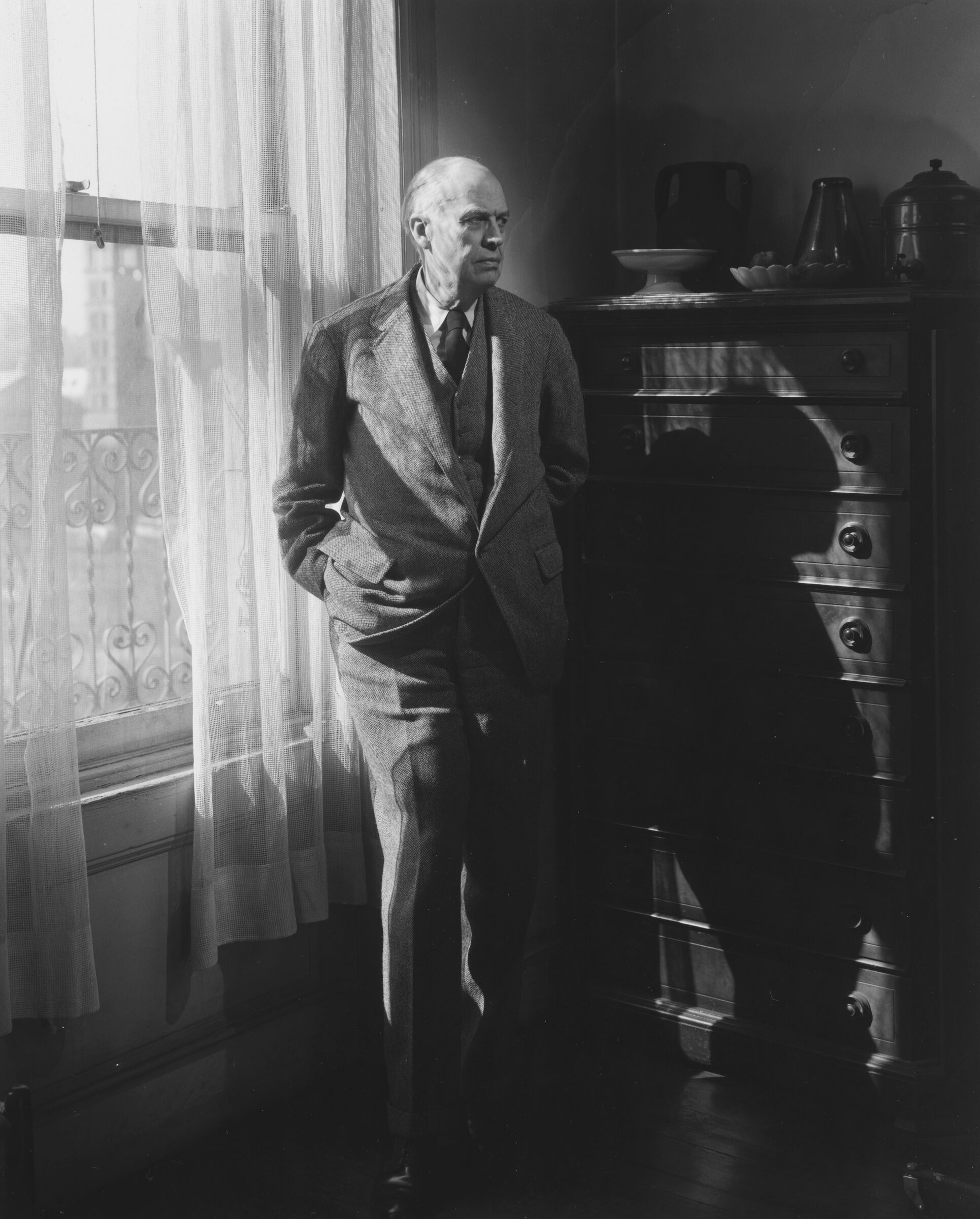 This engaging book delves into the iconic relationship between Edward Hopper (1882–1967) and New York City. This comprehensive look at an essential aspect of the revered American artist’s life reveals how Hopper’s experience of New York’s spaces, sensations, and architecture shaped his vision and served as a backdrop for his distillations of the urban experience. During sidewalk strolls and elevated train rides, Hopper sketched the city’s many windowed facades. Exterior views gave way to interior lives, forging one of Hopper’s defining preoccupations: the convergence of public and private. These permeable walls allowed Hopper to evoke the perplexing awareness of being alone in a crowd that is synonymous with modern urban life.

Drawing on the vast resources of the Whitney Museum of American Art, the largest repository of Hopper’s work, and the recently acquired gift of the Sanborn Hopper Archive, this book features more than 300 illustrations and fresh insight from authoritative and emerging scholars.

“The show succeeds at revealing a different side of Hopper, eschewing many of the artist’s most famous paintings in favor of ones that cultivate a sense of him as a New Yorker and an artistic innovator.” —The Guardian

“Curated with great intelligence and care…is a terrific show based on a great idea, and it’s weird that no one thought to approach his work in this way before.” —The New Yorker

“Far more than ‘a synthesis of many impressions,’ this groundbreaking exhibition is a celebration of the city and the master who co-exist and reveal the immortality of New York.” —Forbes

“It’s a chance to see how one New Yorker saw our city evolve over almost six decades.” —NY1

“For almost six decades, New York City was artist Edward Hopper's muse.” —WNYC “All of It”