Born 1978 in Kingston, NY
Lives and Works in Chicago, IL

Elijah Burgher’s precisely detailed drawings and large, gestural drop-cloth paintings sit at the intersections of representation and language, imaginary and real worlds. All of his works, whether figurative and representational or symbol-based and abstract, merge personal narrative with magic, the occult, and queer aesthetics.

Burgher’s finely wrought drawings are embedded with incantations and sigils—magical symbols in which the words of a spell are collapsed to abstraction—that weave together the artist’s desires for his own life, for those of his friends and colleagues, and for historical figures whom he sees as forefathers to his own art. The works on view in the 2014 Biennial reference Pierre Guyotat (b. 1940), a French avant-garde writer with near-cult status, and depict Jhon Balance (1962–2004), founder of influential British industrial band Coil, who passed away in 2004 after falling off a balcony.

The sigils extend to his drop cloths, which are painted with a roller, the width of the mark kept constant as a pencil’s line in a drawing. These works further invoke ritual and the occult, functioning, as Burgher has explained, “as both portable temples—spaces for conducting rituals—and artifacts of the rituals.” They also act as “soft architecture” that divides spaces and guides the viewer. Burgher’s personal symbology of religious and romantic devotion signifies fully only for those few individuals involved in all of the same, often alternative or underground, pursuits. To the uninitiated, they remain talismans pointing toward but never quite revealing their meaning.

Elijah Burgher’s work is on view in the Museum’s second floor galleries. 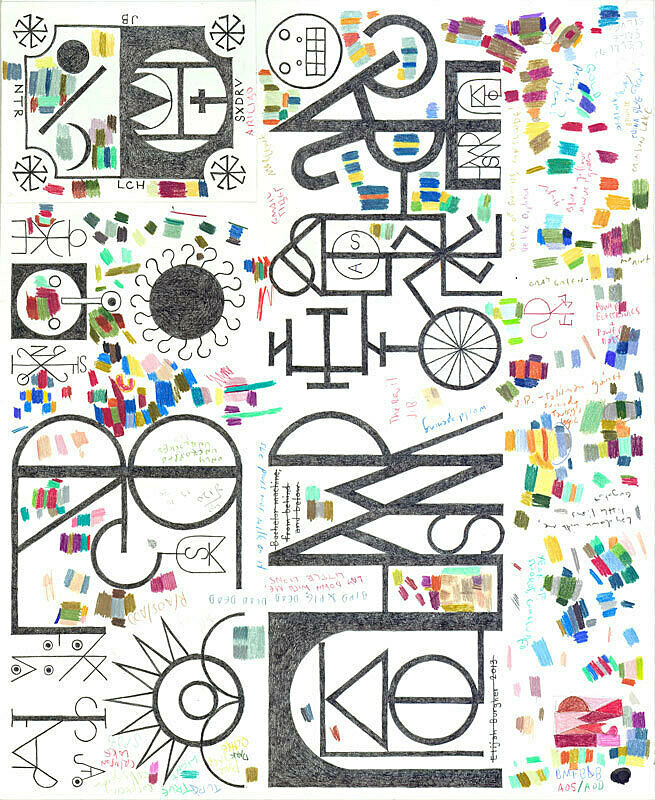 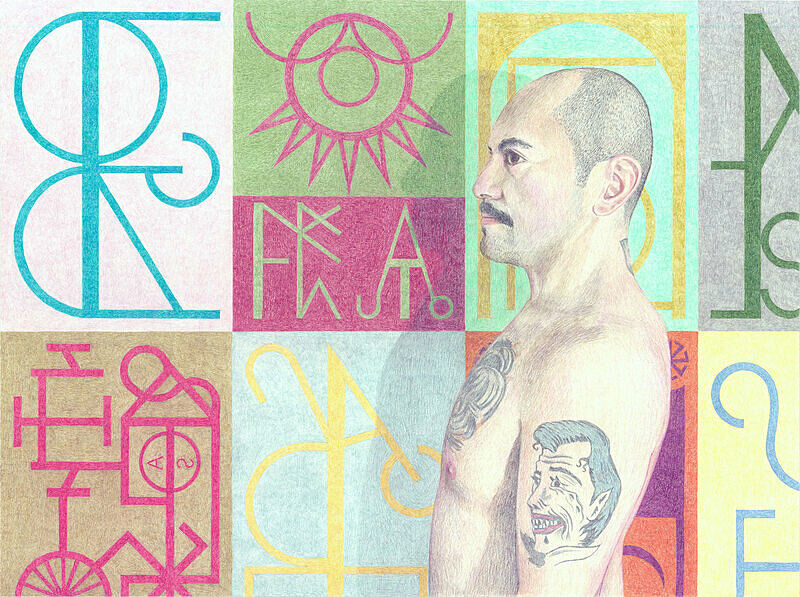 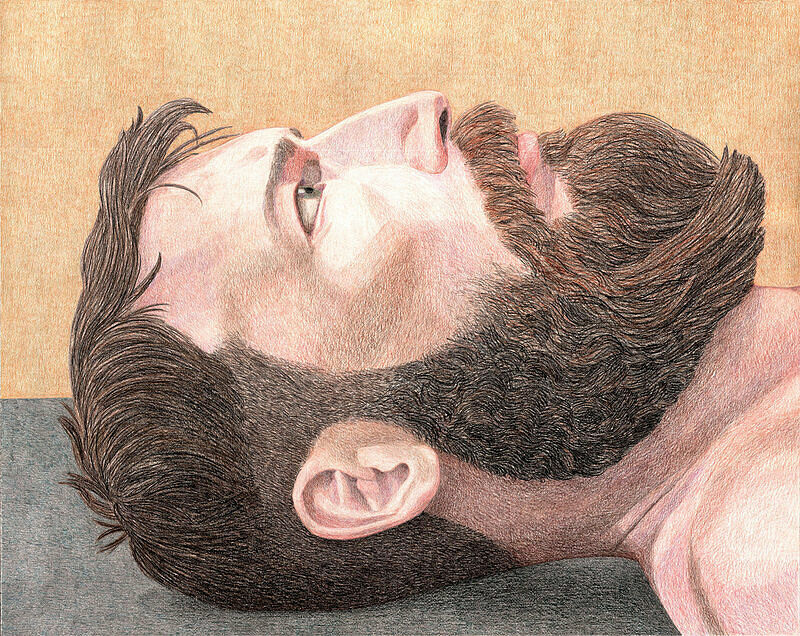 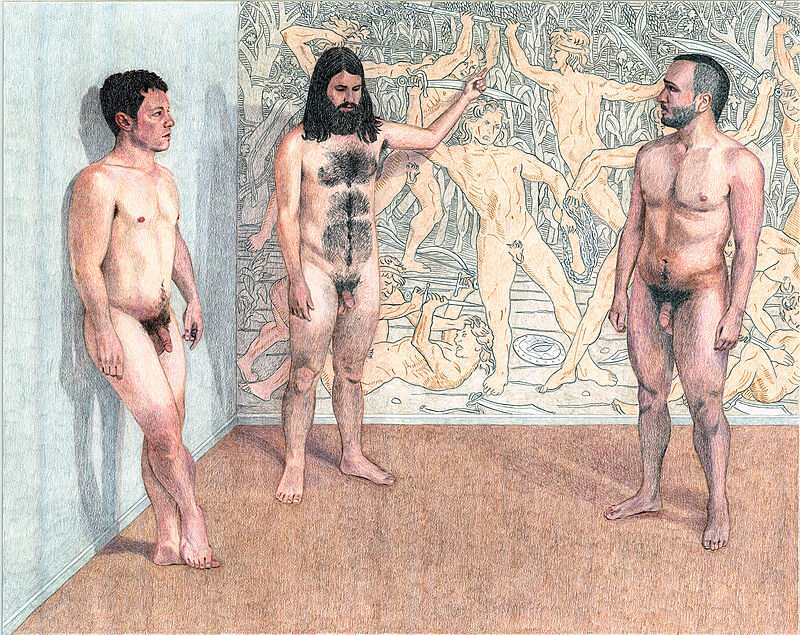