Interdisciplinary artist and musician Terry Adkins approached his artmaking practice from the point of view of a composer. He arranged his works in sculpture, performance, video, and photography—many of which feature modified musical instruments or other salvaged materials—into “recitals” presented to audiences. For Aviarium, on view in the 2014 Biennial, Adkins devised a sound-based installation that is entirely silent. Using aluminum rods and multiple sizes of stacked cymbals, Adkins rendered wave vectors of birdsong in three dimensions, making visible the diverse sonic patterns inherent to the songs of each (unidentified) species. The sculpted songs hover in place and answer the artist’s call to “find a way to make music as physical as sculpture might be, and sculpture as ethereal as music is.”

Terry Adkins's work is on view in the Museum’s second floor galleries. 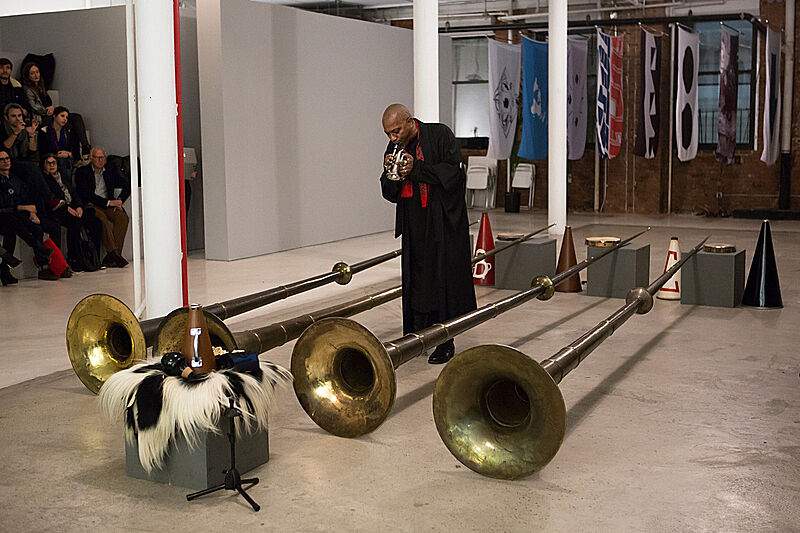 Terry Adkins, Blanche Bruce and the Lone Wolf Recital Corps perform The Last Trumpet as part of the Performa Biennial 2013. Courtesy of the Estate of Terry Adkins and Salon 94, New York 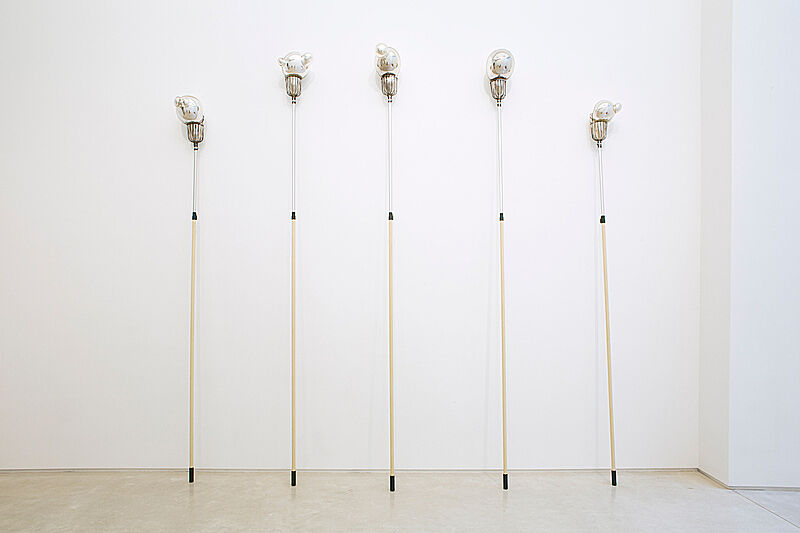 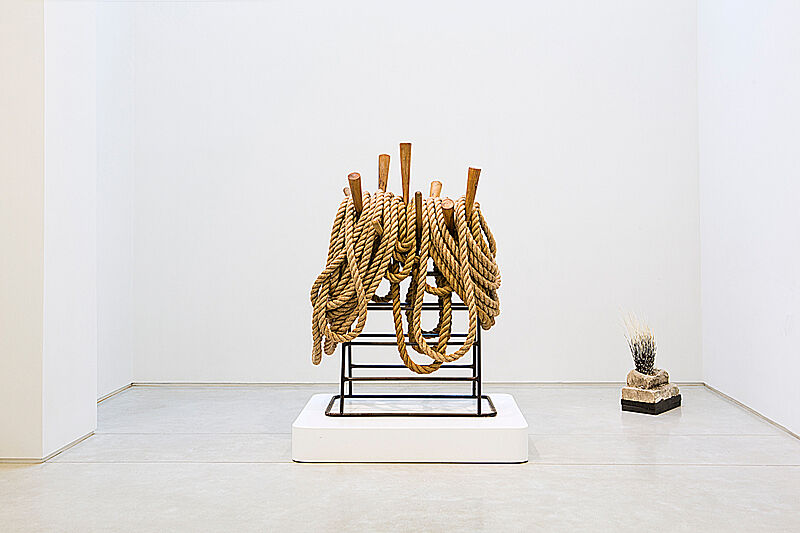 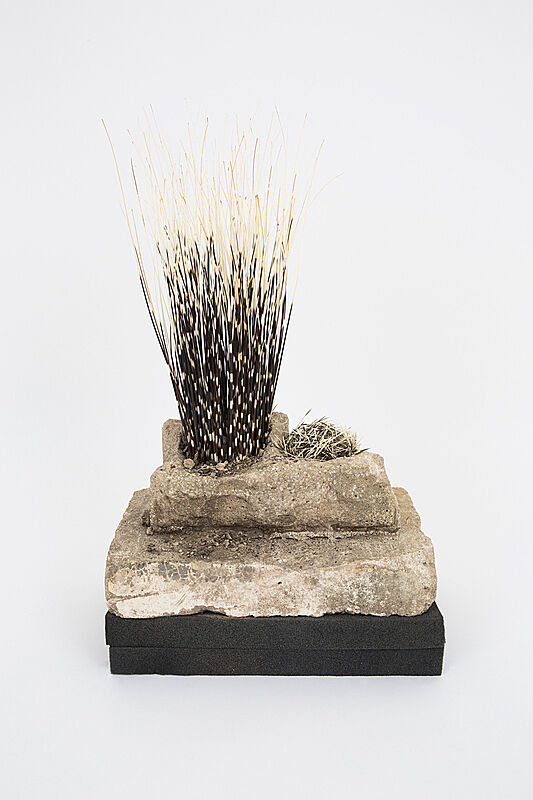