The sculptures and set that form Shana Lutker's 2014 Biennial tableau are based the artist’s research into a riotous fight that broke out during the 1926 premiere of Romeo and Juliet, a ballet produced by the famous Ballets Russes troop at the Théâtre Sarah-Bernhardt in Paris. The fight was instigated by André Breton (1896–1966), founder of the Surrealist movement, as a protest against fellow artists Max Ernst (1891–1976) and Joan Miró (1893–1983), who he felt had turned their backs on the avant-garde objectives of Surrealism by producing sets and costumes for the commercially successful production. The police were quickly brought in to remove the protesters while the ballet dancers and musicians did their best to continue performing.

Lutker produced the installation using a wide variety of materials and artistic techniques inspired by Breton’s Le Manifeste du Surréalisme (First Surrealist Manifesto, 1924). She also drew from Ernst and Miró’s sketches for the ballet and original photographs of the production. Suggesting abstracted figures from a Surrealist artwork, the resulting forms are arranged in dialogue with one another to imply a performative space, as if each object were a dancer on the stage or a Surrealist fighting off a member of the angry crowd.

The installation is part of a larger project for which Lutker is researching and producing work about the history of Surrealism, particularly the fistfights that were prevalent during the movement’s development in 1920s Paris. 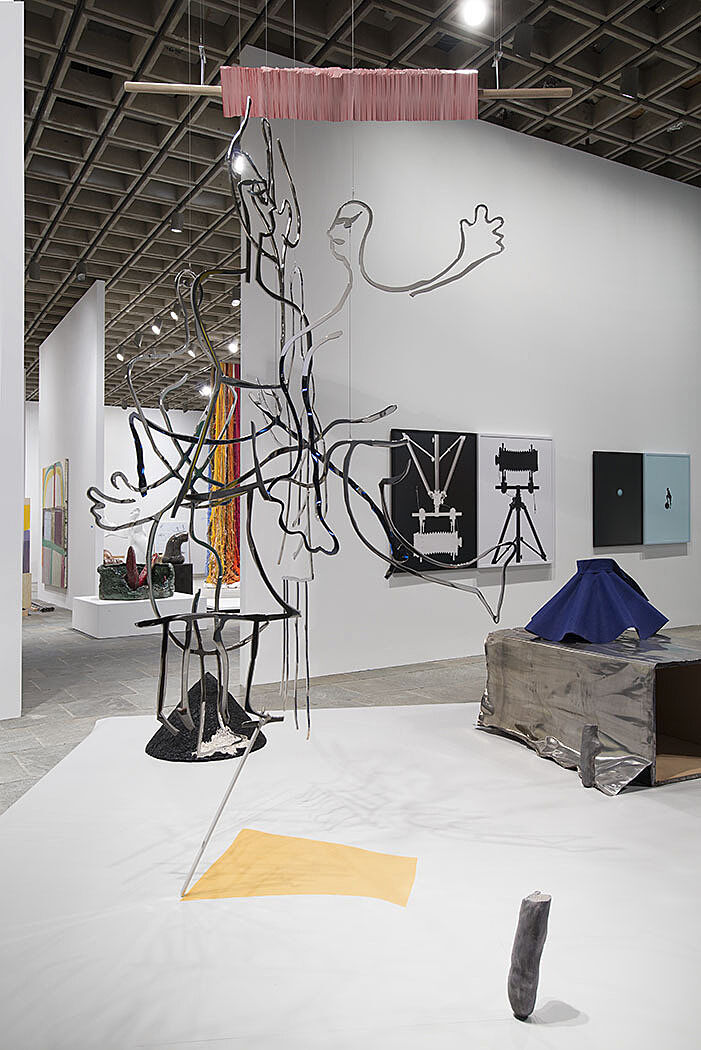 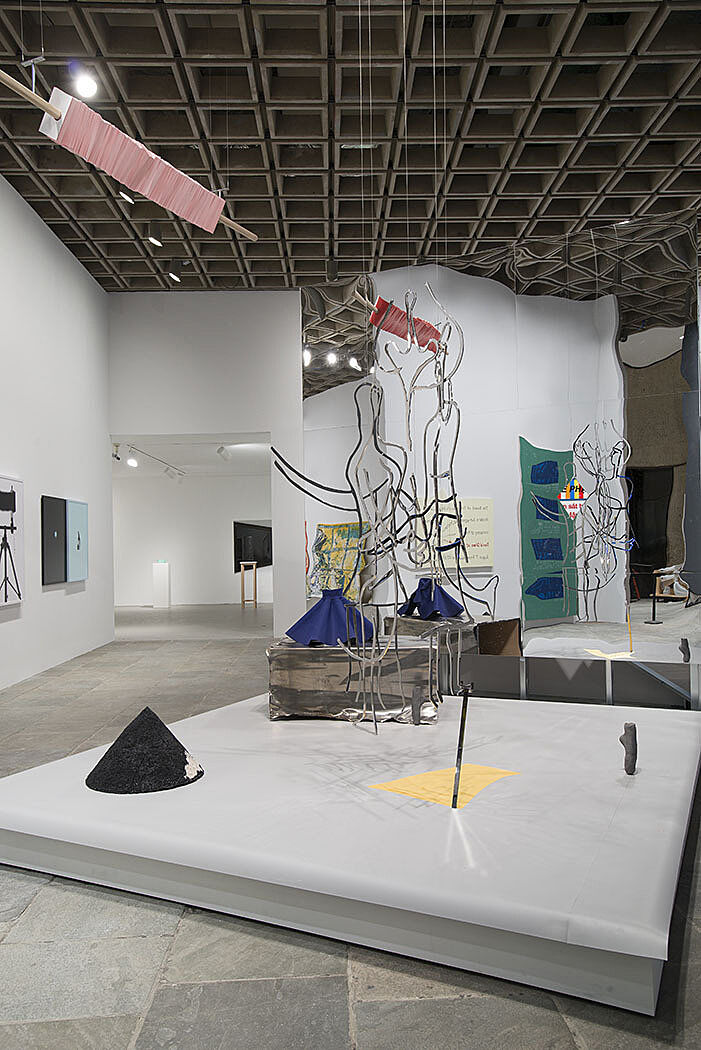 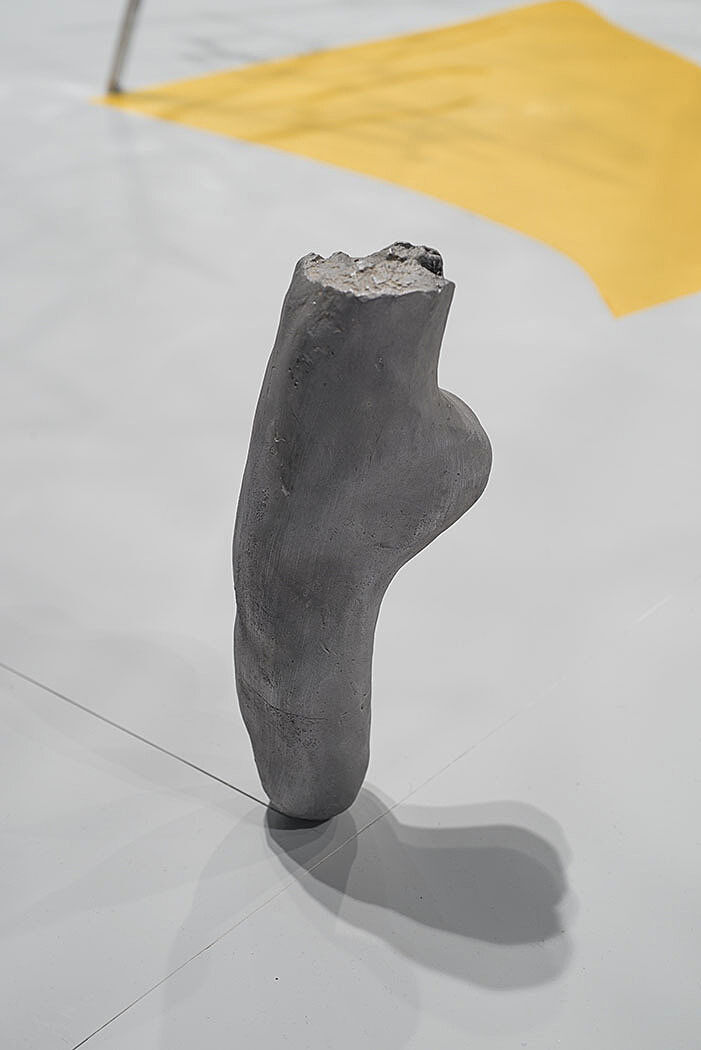