Paul Druecke’s work is on view on the Museum’s entrance bridge.

Paul Druecke’s 2014 Biennial installation of three plaques on the bridge leading to the Museum’s entrance takes a ubiquitous object—the bronze plaque memorializing a historic event or notable person—and invests it with poetic meaning. The works included gesture toward people and places that might otherwise be forgotten and while attesting to the communal desire to leave traces of individual lives embedded in the city’s ever-shifting fabric. Inspired by the intention of the Museum’s architect, Marcel Breuer, that the building “should transform the vitality of the street,” Druecke placed his plaques on the bridge, using his work to span the Museum, its galleries, and the civic life of the city.

One plaque incorporates a cast that he made of a sidewalk in downtown New York, inscribed with names and other graffiti; the second refers to yet another commemorative plaque, given to longtime head security guard Sylone Brown upon his retirement from the Whitney in 1975. The third plaque is part of a series titled Near Hear, a collaboration between Druecke and poet Donna Stonecipher (b. 1969). Stonecipher contributed a prose poem that appropriates language of commemoration and memorialization but scrambles, reorders, and compresses these fragments—distilling them into essential expressions of place and time. 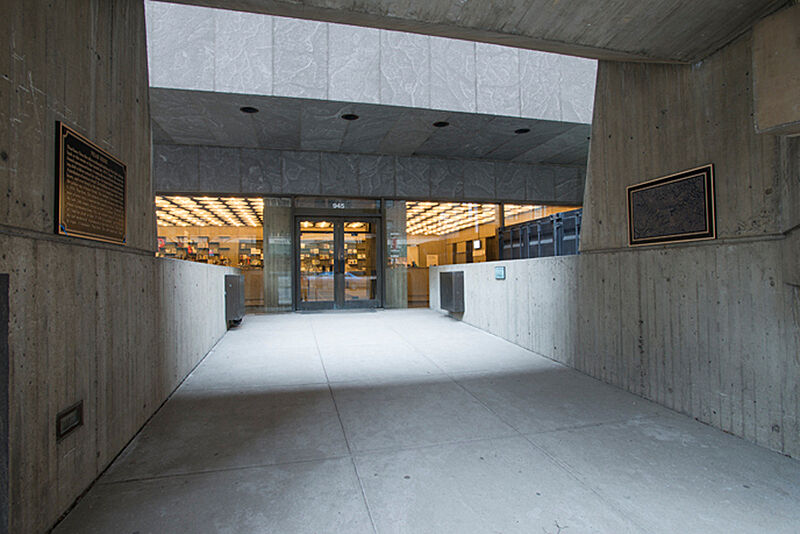 Paul Druecke, Installation view, This Is Not A History, 2013. Collection of the artist. Photograph by Bill Orcutt 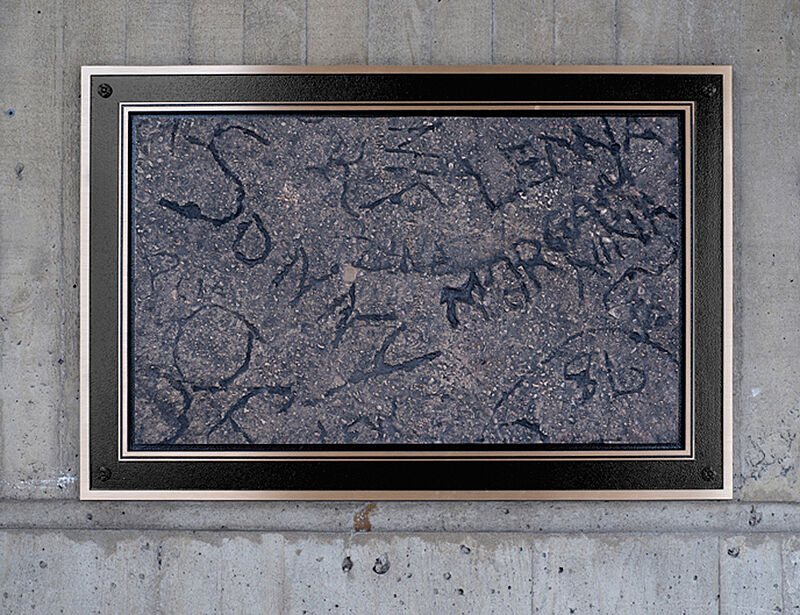 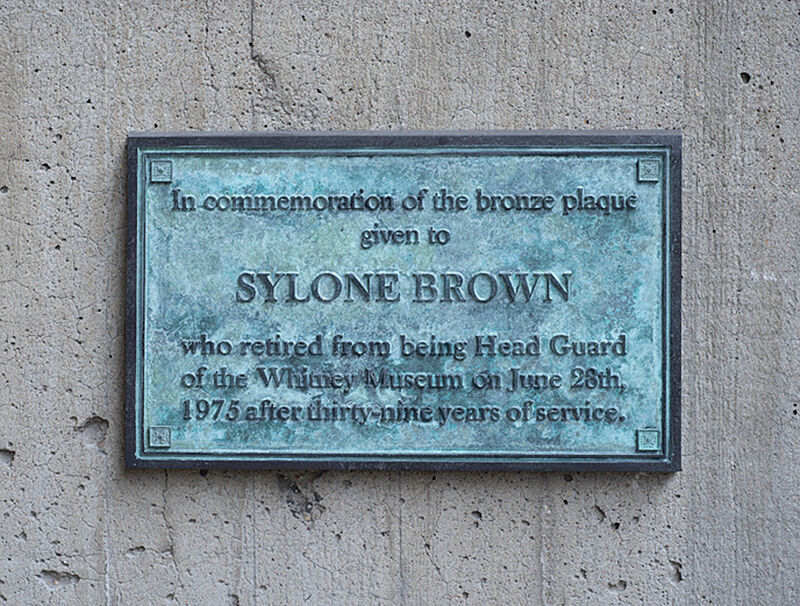 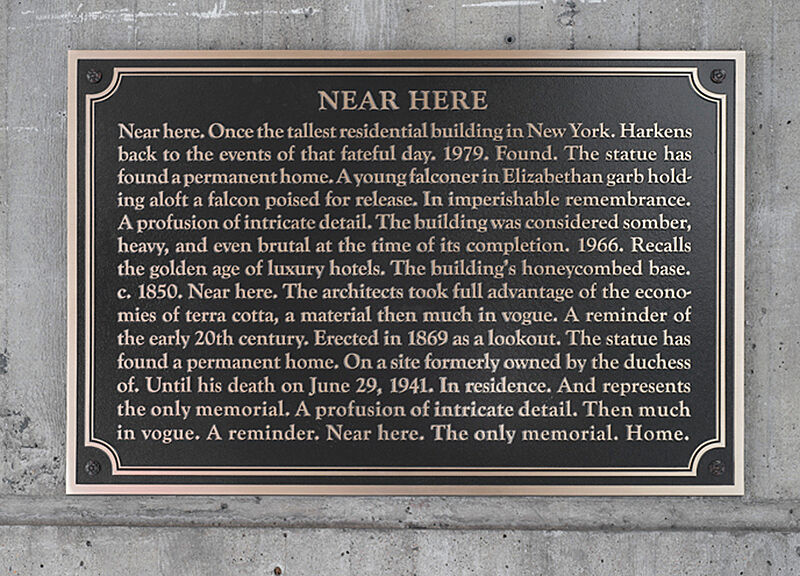 Paul Druecke, I. Near Here NYC, 2013 in collaboration with Donna Stonecipher. Cast bronze, paint, lacquer, and fastening hardware, 36 × 24 in. (91.4 × 61 cm). Collection of the artist. Photograph by Bill Orcutt