Lisa Anne Auerbach’s work is on view in the Museum’s third floor galleries. American Megazine will be activated on Fridays, 6–9 pm.

The knitted banner, garments modeled on mannequins, and large magazine (or “megazine”) on view in the 2014 Biennial are representative of Lisa Anne Auerbach’s diverse practice, at the intersection of visual art, self-publishing, political activism, and craft-making. After teaching herself to knit, Auerbach began incorporating political messages into her garments. Many of these messages are utopian or unabashedly propagandistic; others are poetically obscure or wistful musings on the efficacy of political activism. The examples in the Biennial include references to the Russian feminist punk rock group Pussy Riot and the hardcore punk band Minor Threat. There is also a pair of pants inspired by Honsestrik, a Danish knitting movement that, among other motives, encouraged people to wear more personally relevant clothing, untethered to the capitalist motivations of textile companies.

The phrases knit into Auerbach’s wall-hung banner, Let the Dream Write Itself, are drawn from her meetings with psychics throughout Southern California. She suggests that the ways that language functions in the New Age self-help culture and in activist movements are not entirely dissimilar: vague slogans are juxtaposed with bits of wisdom, all ultimately striving for (if not always achieving) transformational change.

In the second issue of her American Megazine, Auerbach takes the reader on a photographic tour of storefronts operated by psychics, including many quoted in the banner. American Megazine is a monument of sorts to the self-published zine movement, particularly those produced in the 1990s around feminist music scenes such as riot grrrl. It also humorously points to the history of books and conceptual architectural photography projects by fellow California artists, including Ed Ruscha (b. 1937) and Judy Fiskin (b. 1945).

Public Program:
Art in the Age of Aquarius 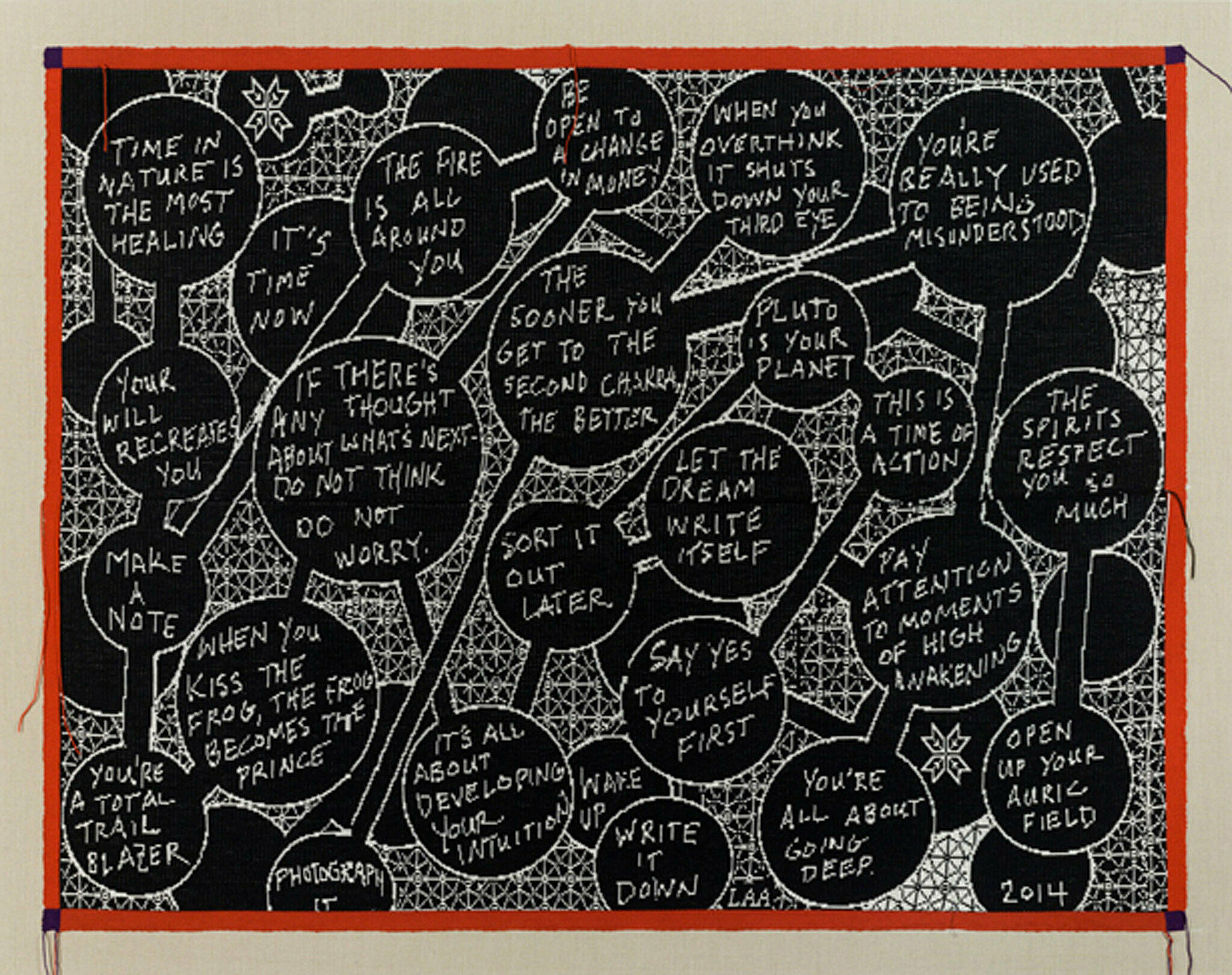 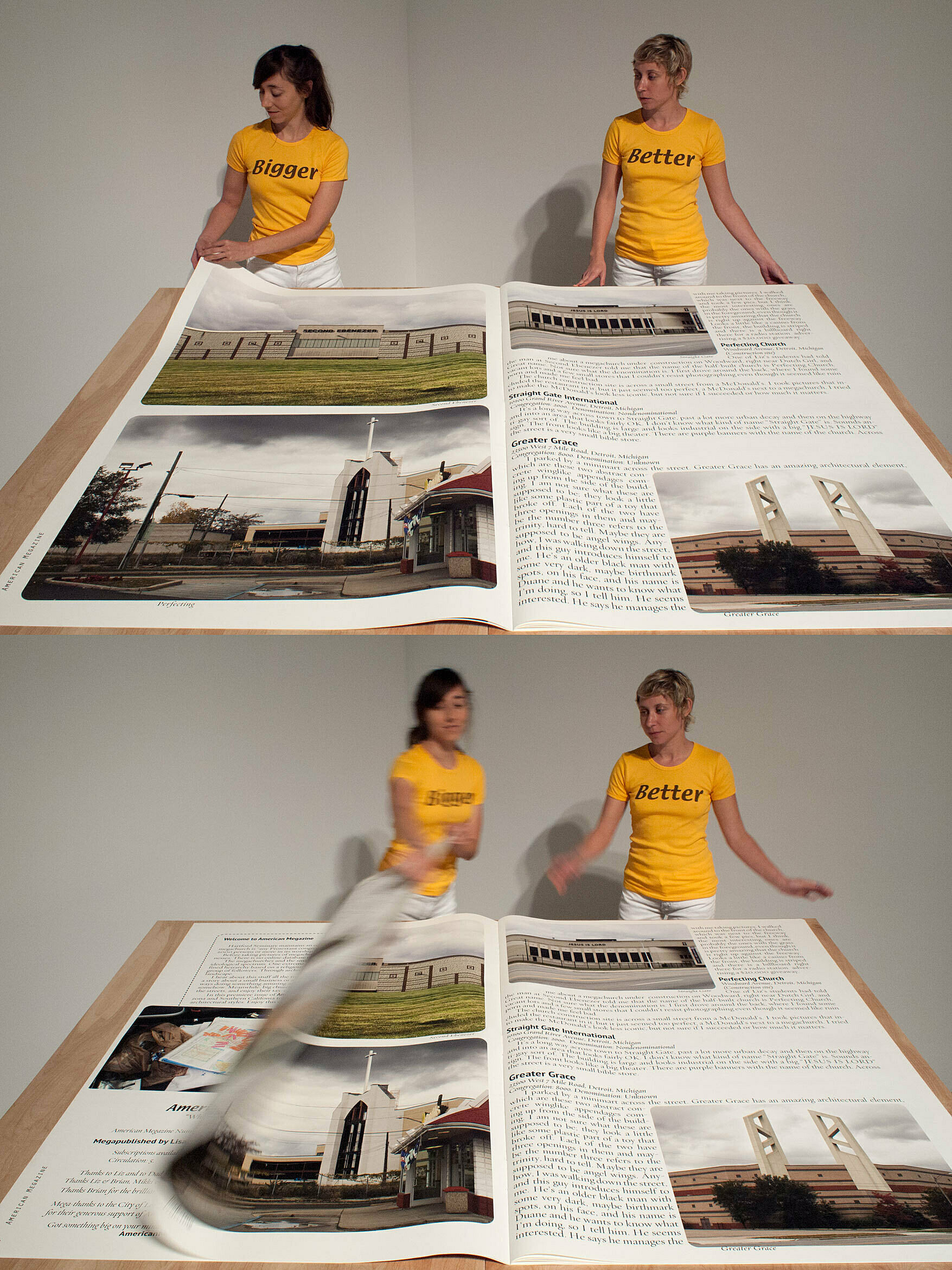