Ken Okiishi’s work reveals a fascination with the translation and migration of meaning and material in a world gone digital. His recent series of hybrid works—neither strictly paintings nor exclusively videos—derive from his experience of viewing a large abstract painting by Joan Mitchell (1925–1992) at the Museum of Modern Art, New York. Taking a picture of the work with his cell phone, he was intrigued by the immediate impact that making the photograph had on the painting as it lost its scale and materiality to a small, portable field of glowing pixels and code. The resulting series on view in the Biennial, gesture/data, connects the surfaces, screens, and gestures that paradoxically link the techniques of gestural painting with the swipes, taps, pinches, and drags that characterize the way we interact with contemporary technology. Okiishi has created this series of paintings directly on the surfaces of flatscreen televisions playing mash-ups of old analog home VHS recordings of TV shows partially recorded over with sequences from new, digitally broadcast television. Binding together the painterly trace of a brushstroke with multiple generations of electronically recorded media-derived image flows, Okiishi produces unstable, glitchy image-objects that, with a degree of humor, highlight the fragility and absurdity of our attempts to document human presence—while at the same time affirming that presence. 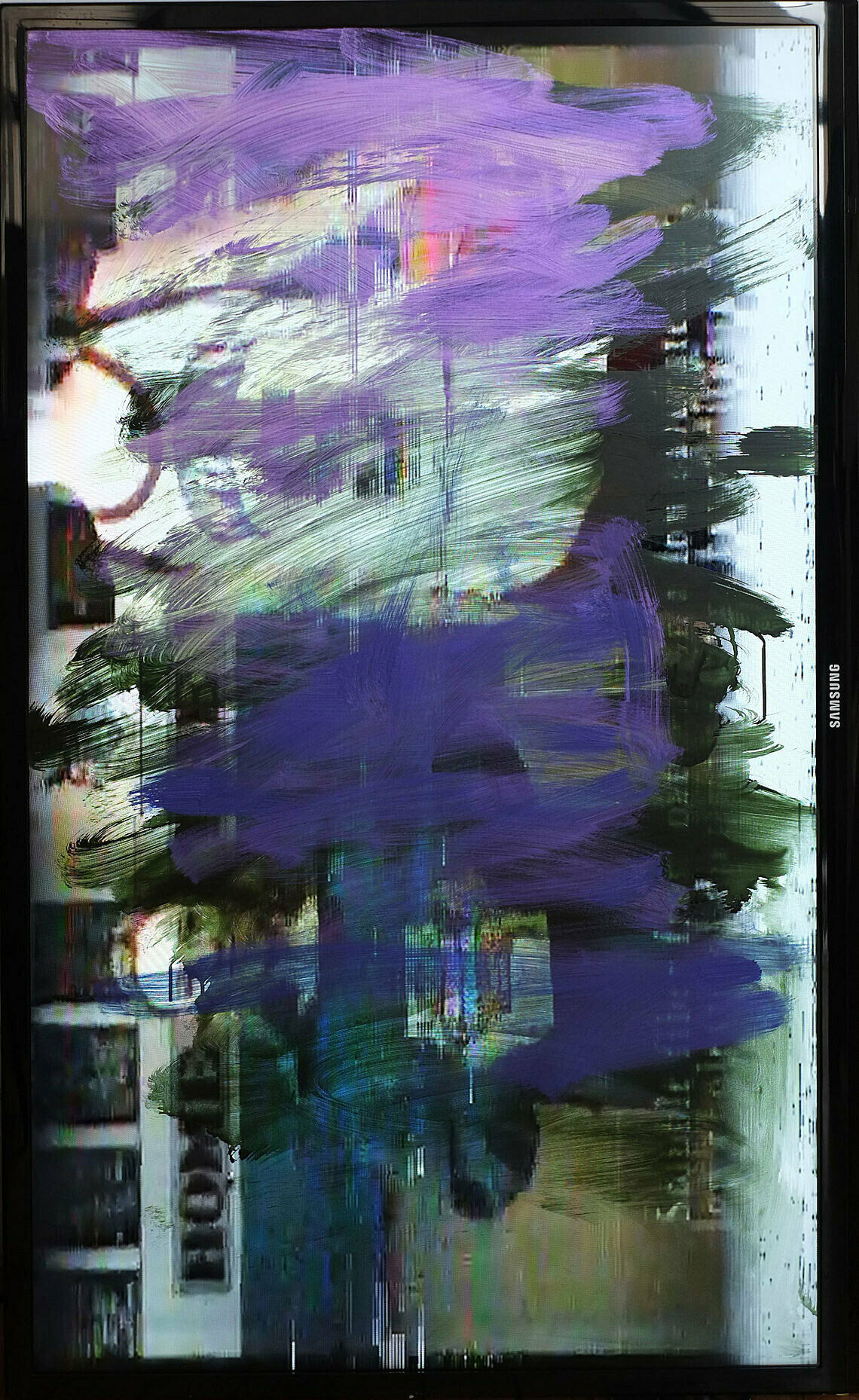 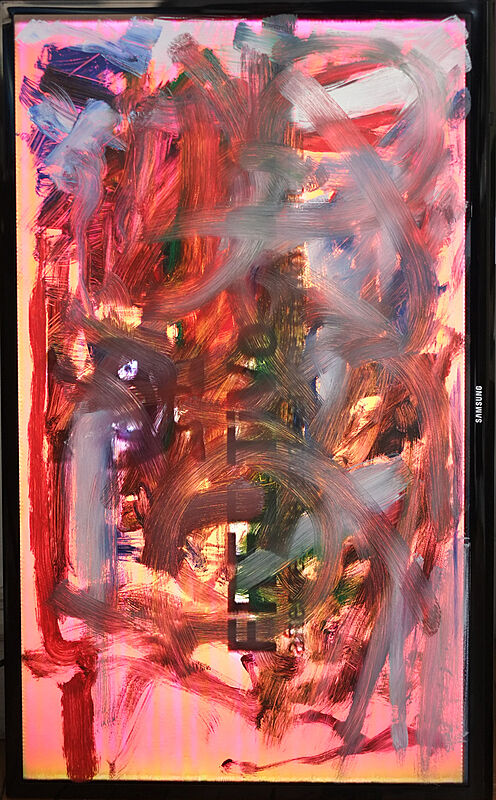 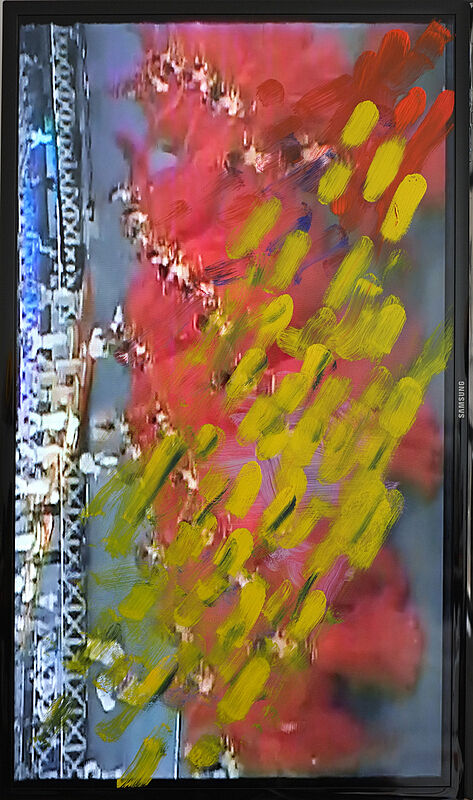 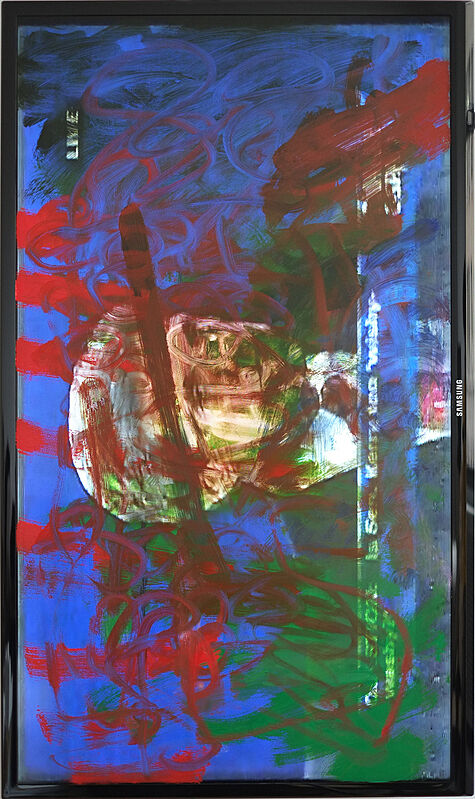