Born 1974 in Dallas, TX
Lives and Works in Philadelphia, PA

Joshua Mosley is known for vivid animations of historical subjects, as in a recent series of videos in which he staged imagined meetings between public figures from different historical periods.

In the 2014 Biennial, Mosley depicts a game of jeu de paume (an early variation on modern tennis) in 1907 at the Château de Fontainebleau in France. Set in a 5-meter-long miniature reproduction of the Fontainebleau as it stood before its renovation in 1990, the video employs irregular editing rhythms, shots that stray from the central gameplay, and floating, dancelike camera movements that capture, along with the players’ actions, the slanting angles of the architecture, the play of sunlight, and the stark contrast of the white ball against the dark court. Acknowledging that the concentration of both player and spectator ebbs and flows over the course of a match, his camera similarly responds to this idiosyncratic focus and the particularities of the environment to capture a shifting sense of what he terms “human awareness.” 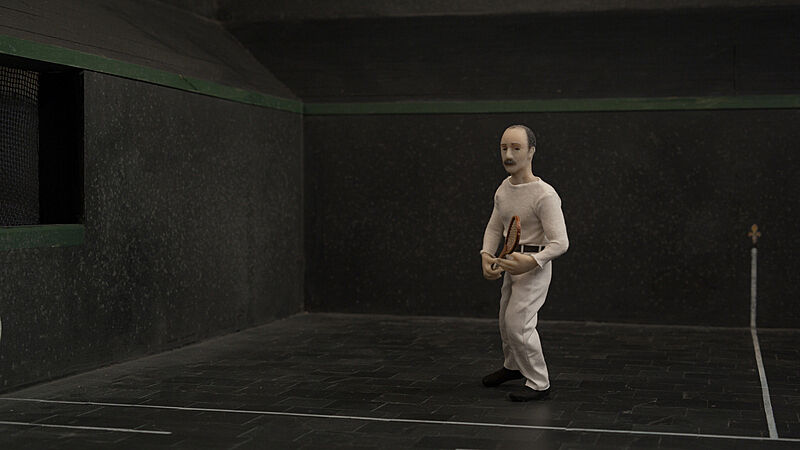 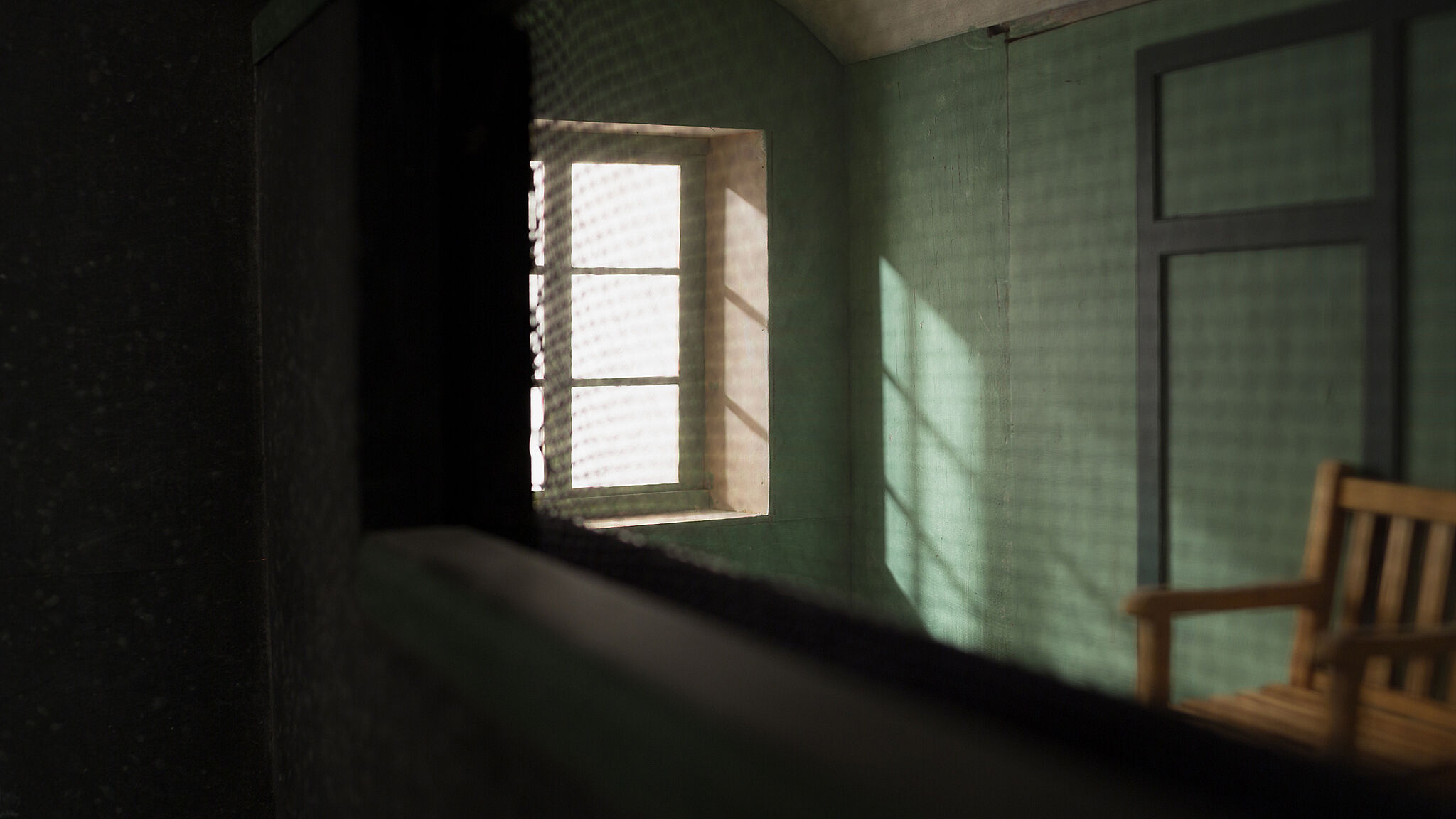 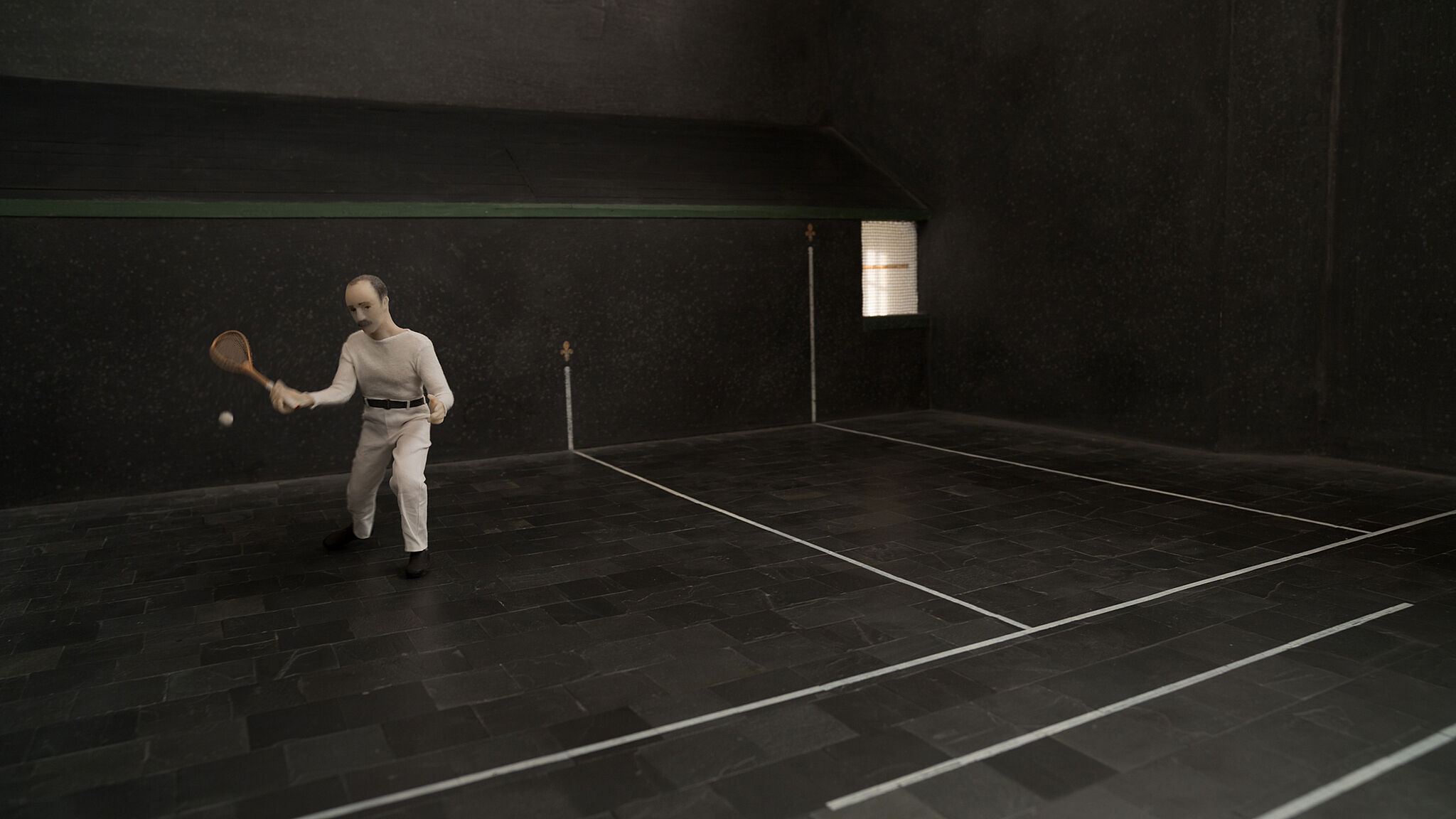 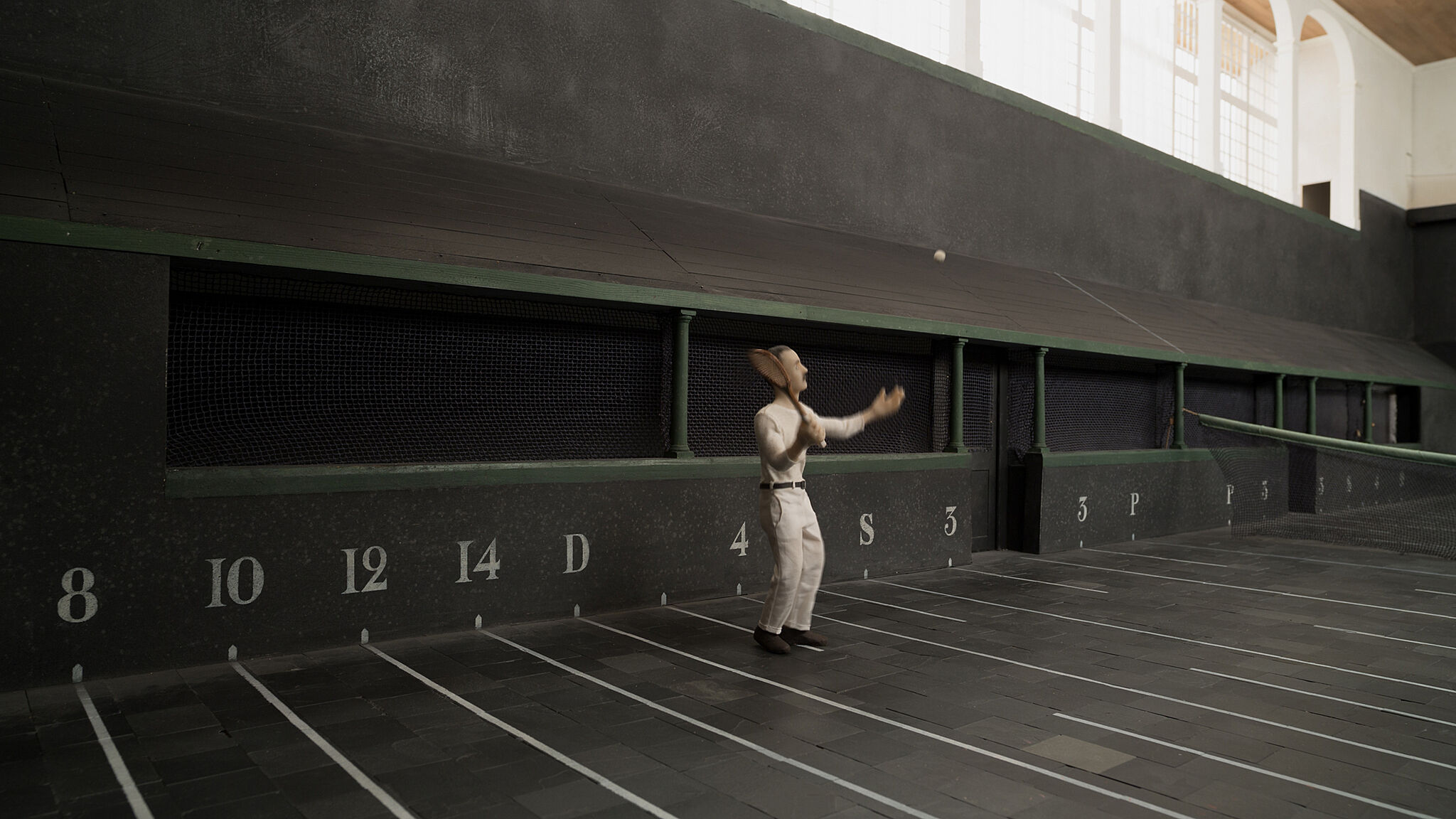 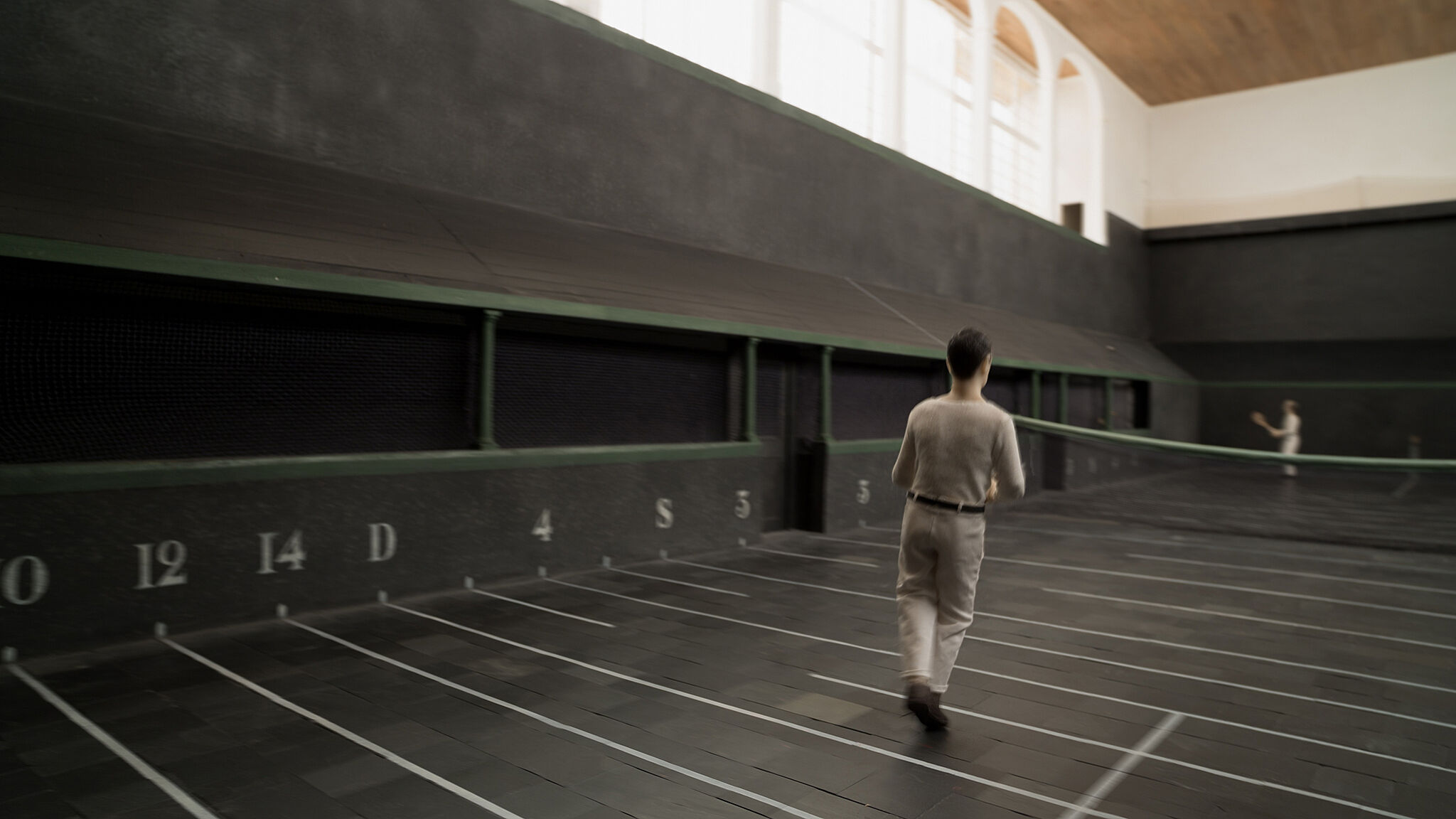 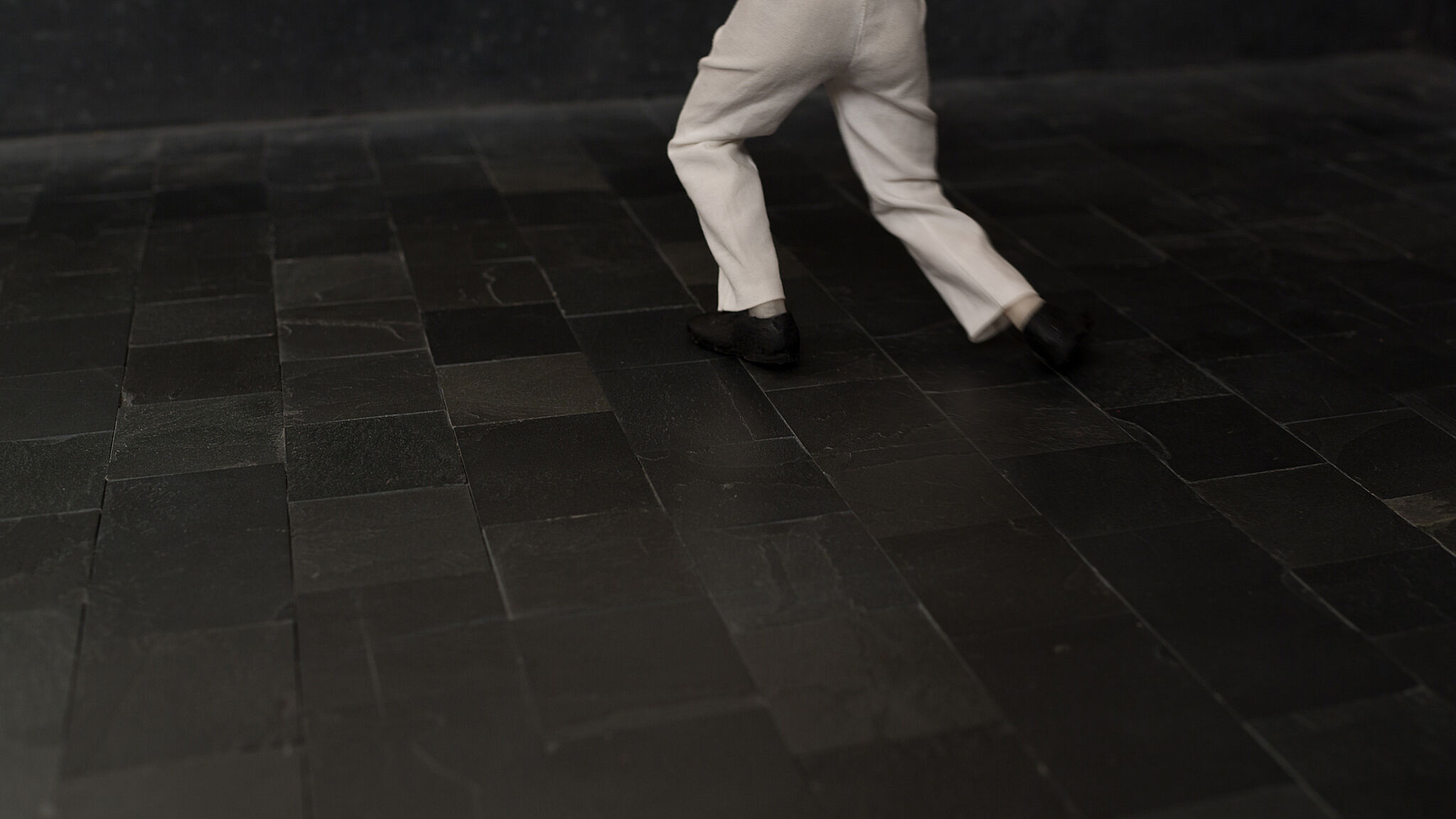