Gary Indiana has worked as novelist, playwright, theater director, actor, and visual artist since the late 1970s. His biting critiques of entrenched power structures and societal prejudice are a consistent feature across his work in each of these contexts.

On view in the 2014 Biennial, a semicircular LED curtain by Indiana displays video footage taken at the Presidio Modelo, a prison on the Isla de la Juventud in Cuba. This five-block complex (constructed 1926–28, closed 1967) was modeled after the panopticon design invented in the late eighteenth century by English philosopher Jeremy Bentham: in each circular, multistory block, a single watchperson within the central surveillance tower could observe all the inmates, while the prisoners could not know when they were under direct observation. Bentham reasoned that the mere threat of being watched would force the convicts to self-regulate, and therefore reform, their behavior.

In this work, Indiana replaces the all-seeing eye of the surveillance tower with a video of jellyfish and photographs of young, nude men—suggesting an analogy between recent jellyfish population increases in the majority of the world’s coastal ecosystems and rising global incarceration rates, particularly of men of color, and rampant government surveillance. These proliferating marine animals do not have brains or eyes, yet like the persistent presence of the guard’s gaze, their venomous tentacles can prove lethal. And while both populations are for the most part out of sight, the growth in their numbers threatens social and environmental stability. 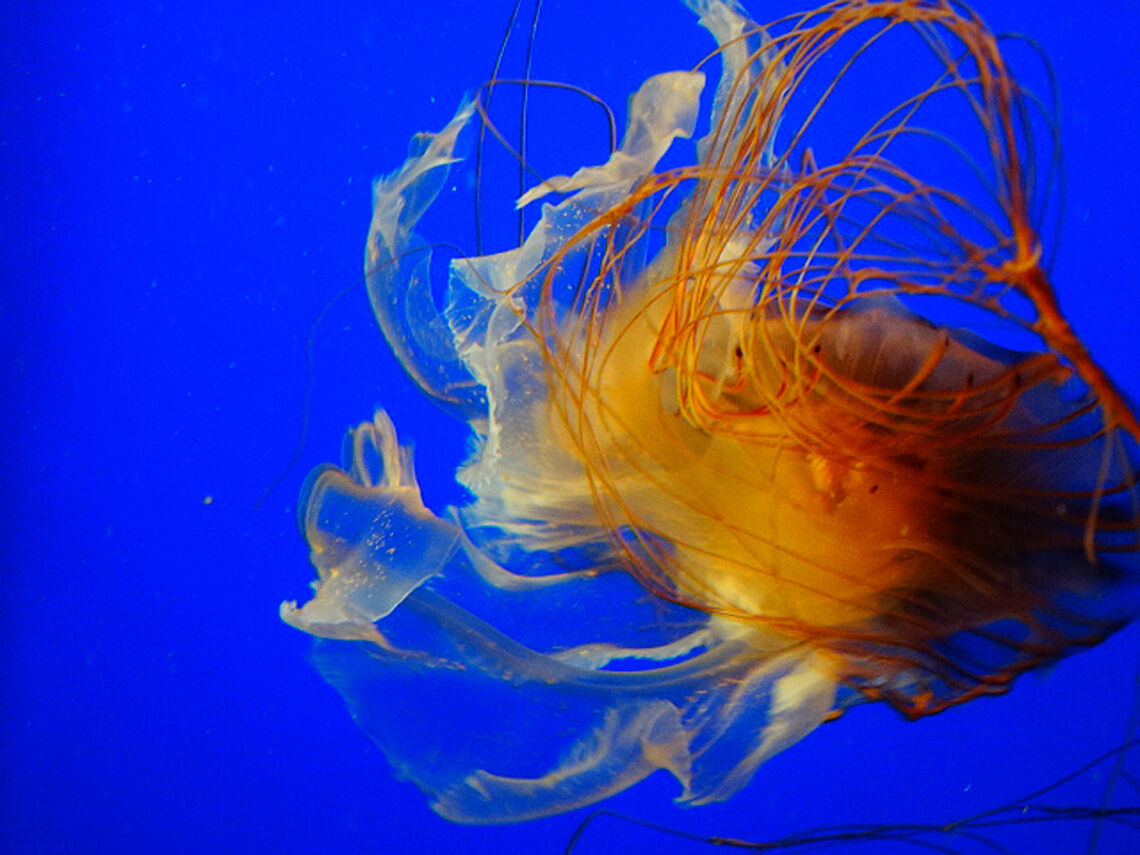 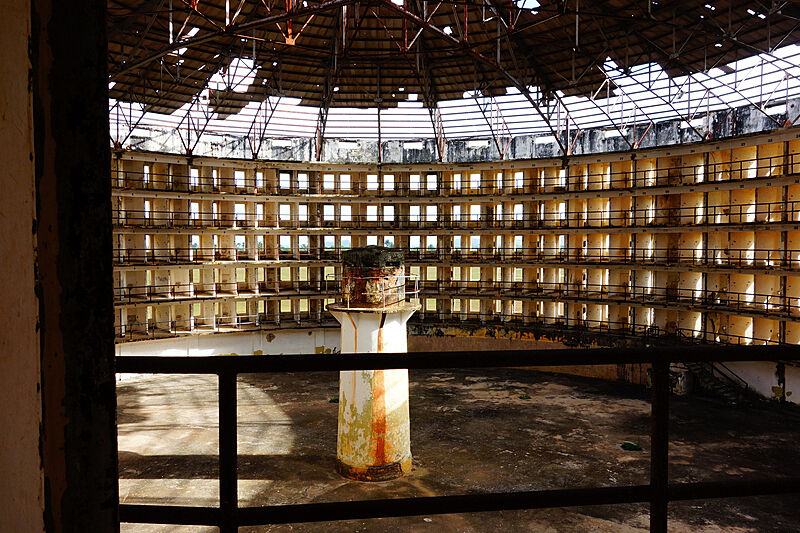