David Diao’s work is on view in the Museum’s fourth floor galleries.

The two paintings by David Diao on view in the 2014 Biennial exemplify the artist's longstanding exploration of how modern art history and market forces together exert a powerful influence over his own practice. Diao is committed to expanding on formal strategies developed by modernist painters; however, his work reveals a perspective that is not utopian or spiritual, as favored by many modernists, but rather self-effacing and acidly witty.

Home Again, for instance, presents the chronology of his 1991 painting Barnett Newman: The Paintings in Scale as it is sold and resold at auction, at one point drastically underperforming its estimated value, until it is ultimately purchased by the artist himself and thus brought “home again.”

Although a sense of disappointment infuses these works, there is no bitterness. On the contrary, Diao’s warts-and-all portrayal of his career and the entanglement of his ideals with the reality of the market conveys a palpable humility and honesty. 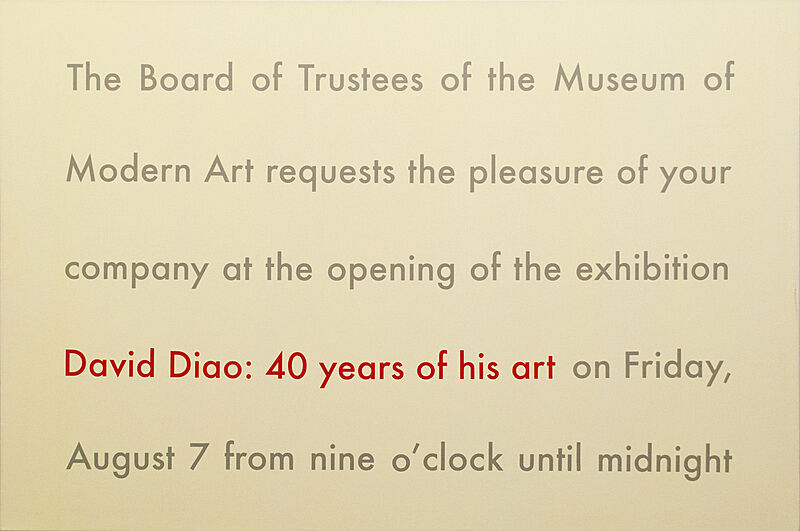