The Great Train Robbery, a silent Western film made in 1903, provides the source material for Dashiell Manley’s ongoing multipart installation and video project of the same name. The five paintings on view in the 2014 Biennial function as both a backdrop and instructions—written in an abstracted version of an early-twentieth-century shorthand—for his movements in the video, which in turn copy the movements of the actors in Scene 3 of the original film. Once filming is complete, Manley affixes the detritus left over from his process—lighting gels, plexiglass sheets, drawings, and props—to the verso of the corresponding painting, transforming the two-dimensional surface into a three-dimensional object. The artist leans these against the labyrinth of open structures that define and construct the space of his installation.

The installation on view in the Biennial was originally shown in a storage unit in Los Angeles, and the narrow dimensions and layout have been precisely re-created for this presentation. Propped against beams, the paintings/objects become film sets for the viewer to wander through, just as when the artist used them in the making of his video.

Through a few moves and an incredibly sparse foundational vocabulary, Manley stitches together the typically disparate practices of video, painting, sculpture, installation, drawing, and collage. The boundaries of each become slippery and less definite, forming a network of image, action, and space rather than reducible form. 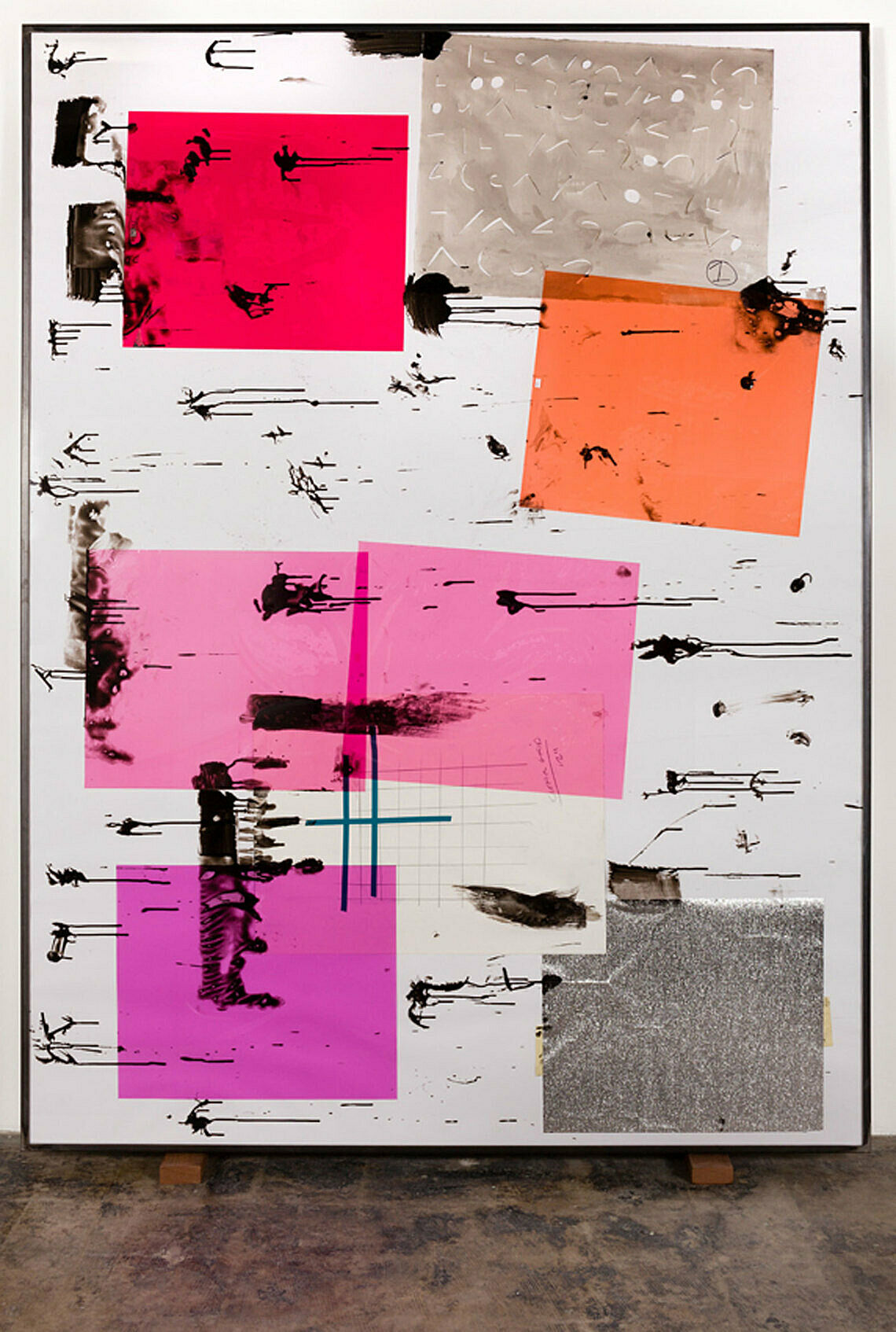 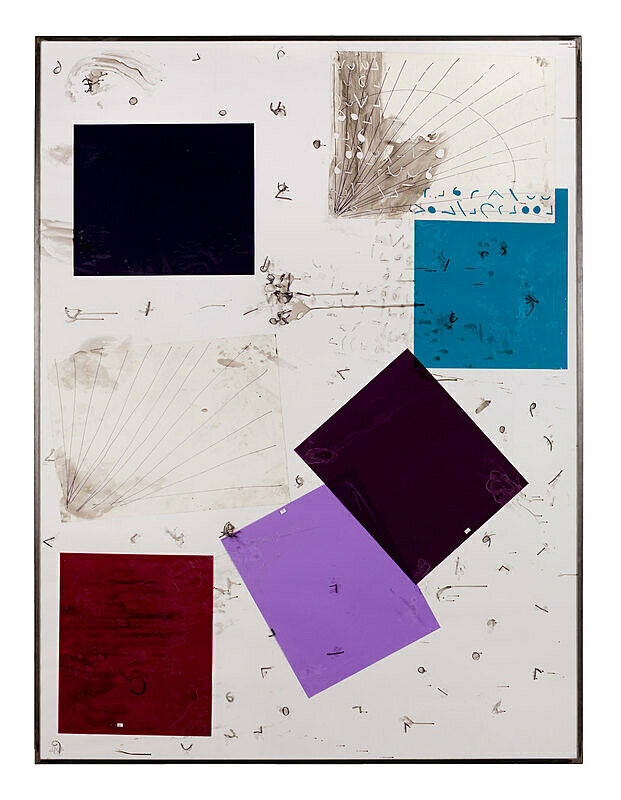