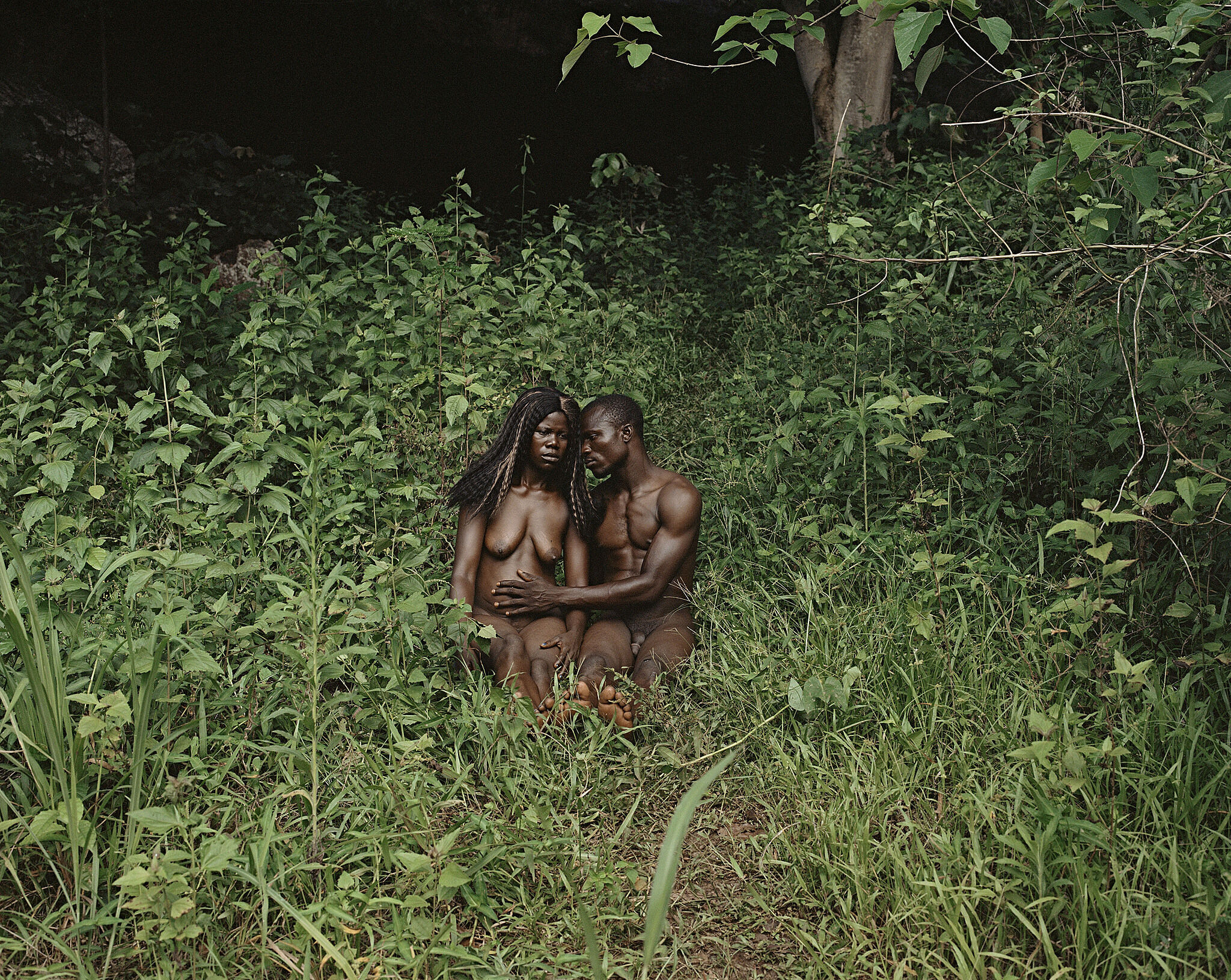 We often think of countries in Africa, especially D.R. Congo as a site of crisis or a problematic place. I was interested in switching that dynamic. Instead of seeing it in terms of a place of crisis I wanted to imagine it as a paradise or Eden. Robert Farris Thompson talks about Congo being the center of the mother continent, almost like the veins coming out of Congo. The center of humanity, in general. And my idea with The Garden was that the subjects would pose as the first human beings on earth.

Narrator: Lawson modeled their poses after the images of Adam and Eve in Hieronymous Bosch’s sixteenth-century painting, The Garden of Earthly Delights.

Deana Lawson: I found the female subject, who worked at a local restaurant in Gemena, and the male subject was my taxi driver. So they’re not a real couple, but it’s completely staged to look as though they’re a couple.

The male subject has his hand on her belly. Often people ask if she’s pregnant; she’s not pregnant, but I don’t mind that being a possibility of the imagination.

I’m really looking at these two individuals and trying to imagine or put out an image in the world that represents a divine intimacy, which I think is needed right now, particularly when so many of popular culture images and media put forth a divisiveness, a lot of times, between black men and black women. So to me this is about asserting this, somewhat of a love story.