With Half Mast, Derek Fordjour debuts a new work that reflects on the current national reckoning with mass shootings, and the relentless threat of violence against Black and Brown bodies. A portrait of this divided moment in U.S. history, Half Mast presents law officers, students, and ordinary civilians in one compressed, shared space. Alongside teddy bears and balloons reminiscent of street-side memorials, some figures appear marked with targets while others have been reduced to silhouettes. Fordjour’s image holds no one person or group responsible for the violence, even as it speaks to loss and abuse of power. Painted brightly in his signature graphic style, the work points to possibilities of a future civic movement or celebration. Fordjour first made Half Mast as a painting; here, in his first solo museum exhibition, it is presented as a public art installation in the form of a large vinyl print, located outdoors at the intersection of Gansevoort and Washington streets, directly across from the Whitney and the High Line.

Fordjour (b. 1974, Memphis, TN) is a New York-based artist of Ghanaian heritage, who works primarily in the realm of portrait painting to create vibrant scenes that subtly address themes relating to race, systemic inequality, and aspiration, particularly in the context of American identity. His paintings often explore both the vulnerability of individuals, as well the strategies one must develop to navigate public arenas from sports teams to schools or the street. Fordjour layers his work with humble materials—newspaper, oil pastels, charcoal—and with a palette and pattern-language that speak at once to Americana and Pop, as well as to the colors and textures of Ghana.

Organized by the Whitney in partnership with TF Cornerstone and High Line Art, Half Mast is the eighth work in a series of public art installations that has featured works by key American artists, including Njideka Akunyili Crosby (2015–2016), Do Ho Suh (2017–2018), and Christine Sun Kim (2018).

Derek Fordjour: Half Mast is part of Outside the Box programming which receives generous support from the Jacques and Natasha Gelman Foundation. 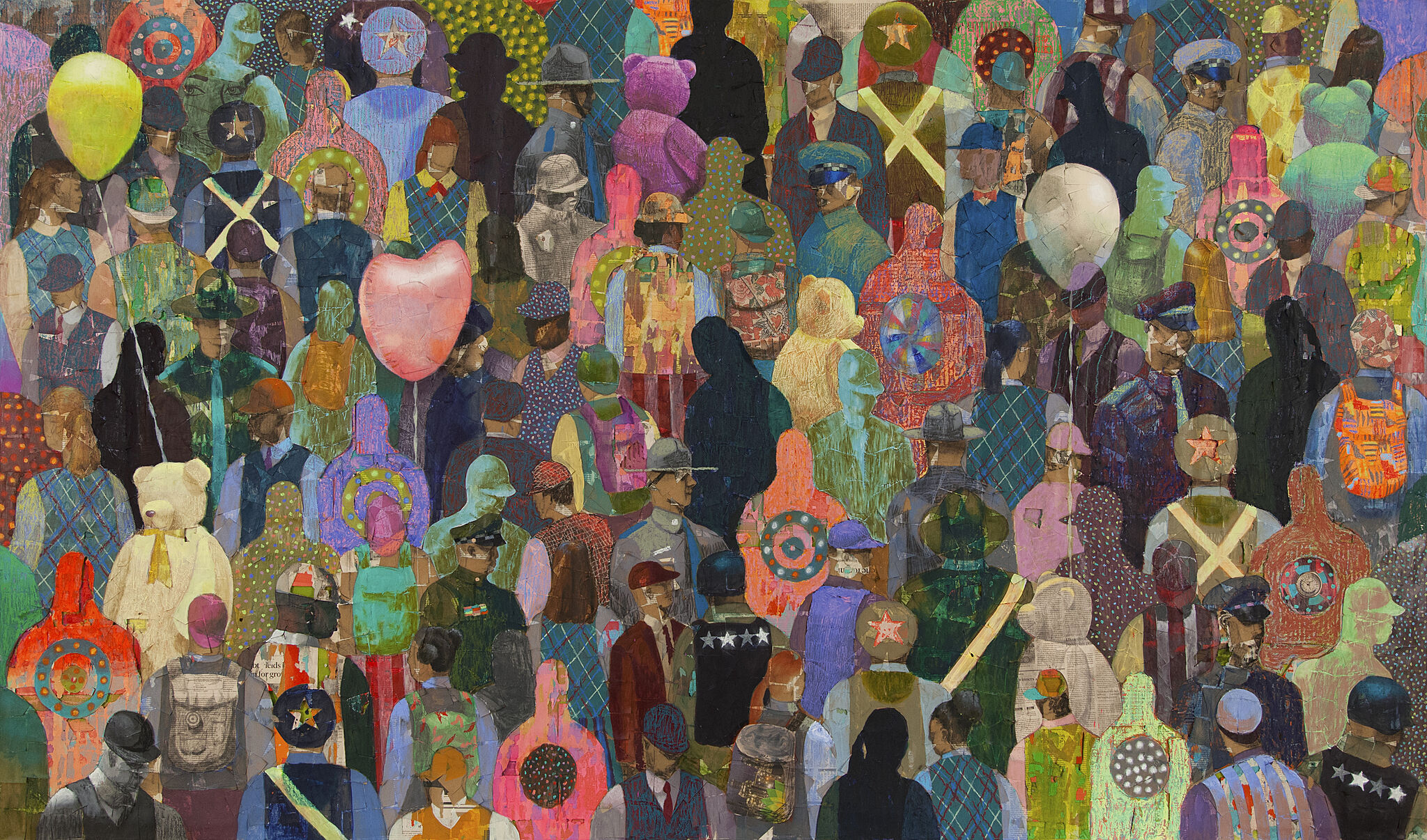 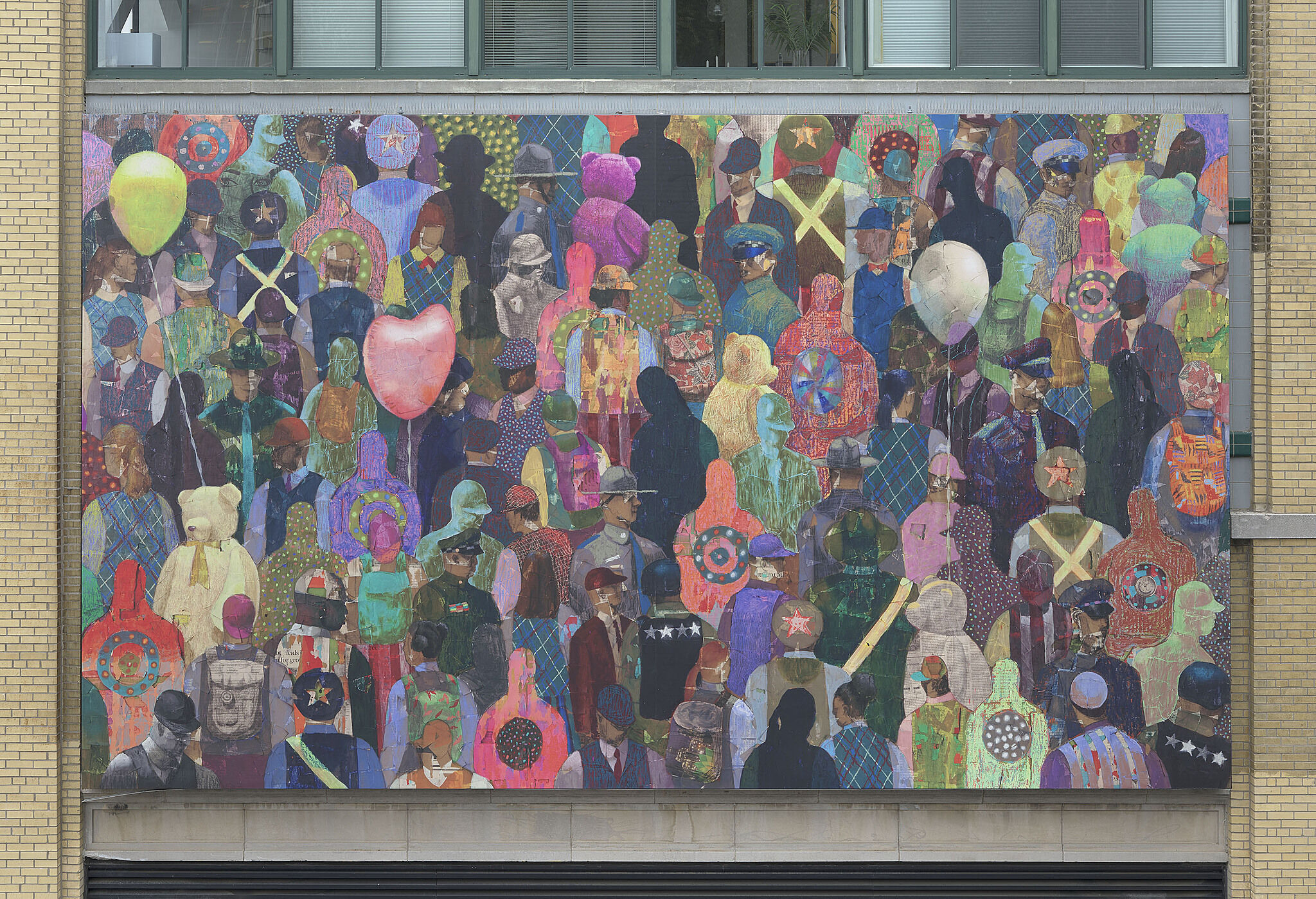 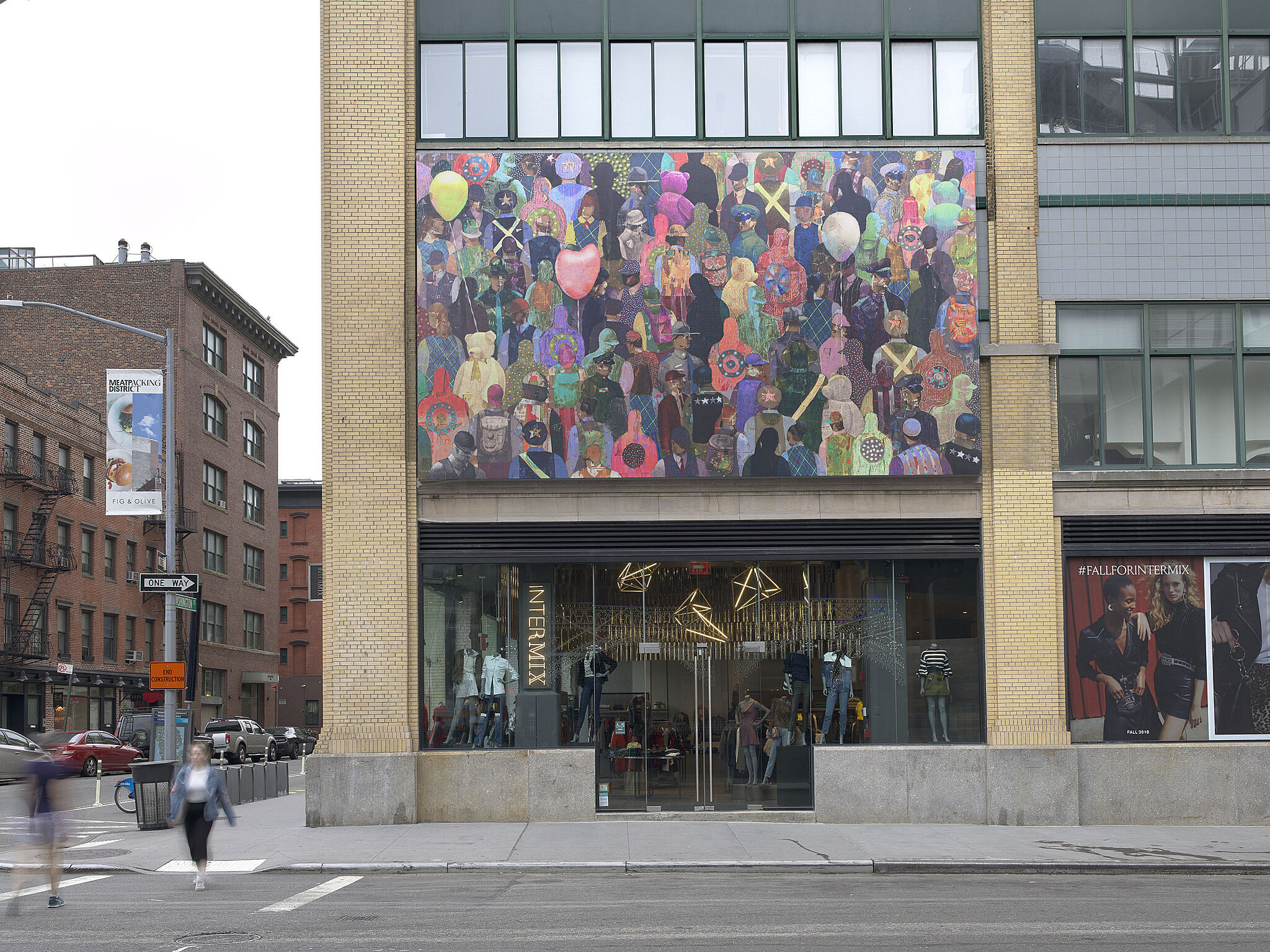 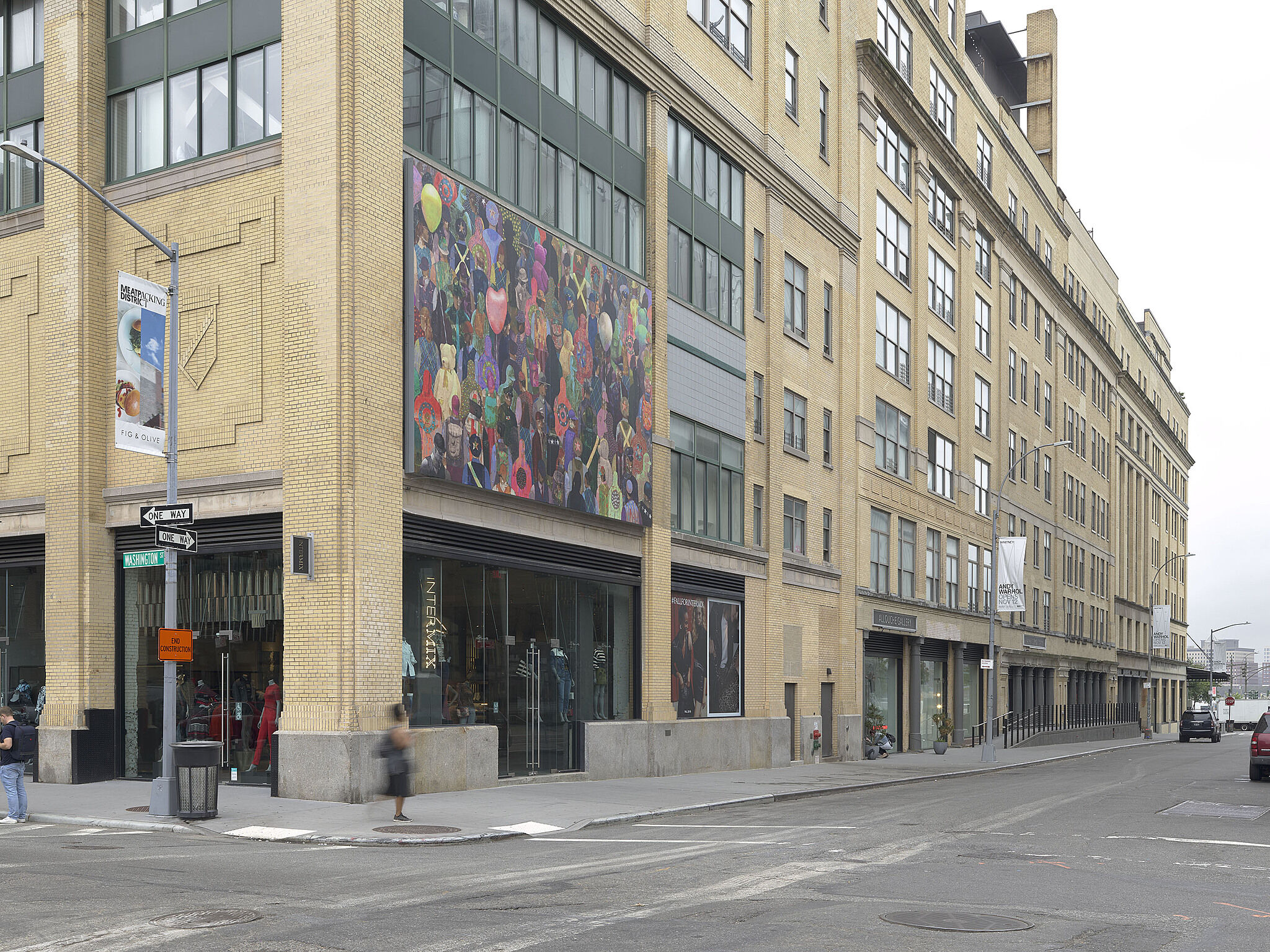 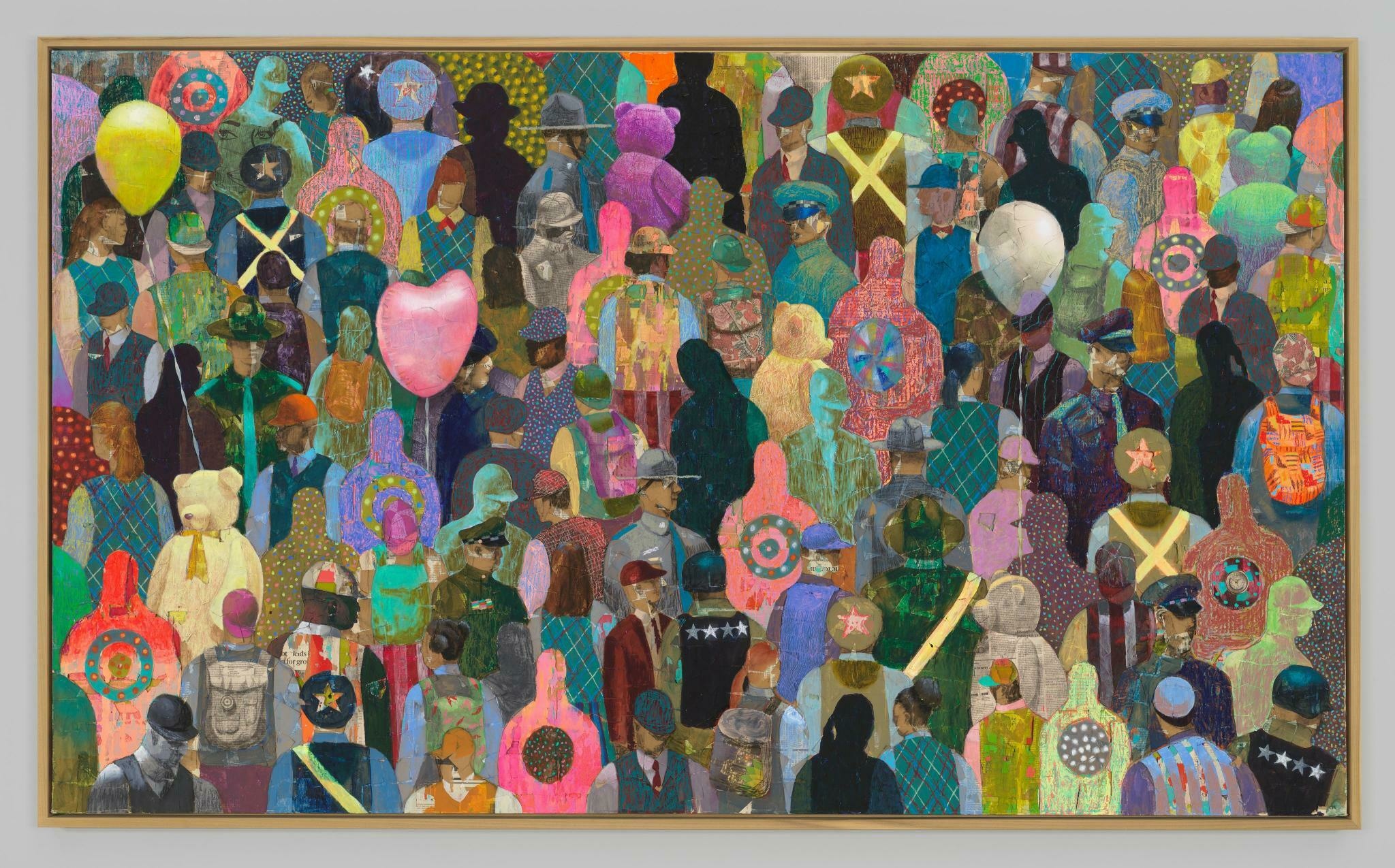